In 2020, 82.4 million people had to flee their homes to escape conflict, violence, persecution or climatic disasters. 55 million remained within the borders of their country.

ACTED and the European Union are supporting 700,000 IDPs in 9 of the most vulnerable countries in Africa and the Middle East. In the framework of this innovative programmatic partnership, ACTED has organized an exhibition to raise awareness on the realities and daily lives of thousands of people forced to flee their homes in search of safety. The photo exhibition "What Home Means", on 2-3 September at the 3Zero World Forum in Paris is an invitation to reflect on the notion of home. It tells the stories and realities of displaced people of all ages forced to flee their homes in Burkina Faso, Iraq, the Democratic Republic of Congo and Somaliland, where they are no longer safe. 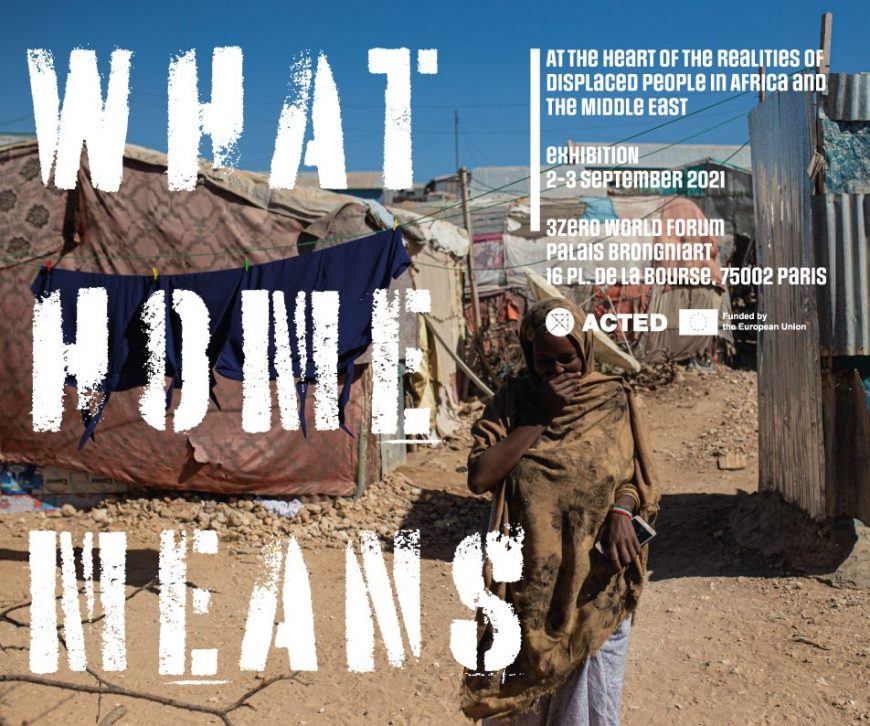 Their names are Mariam, Maurice, Lizeta, Mohammad, Fardousa, Ahmed, Wilfried, Hinda, Ousmane. They live in Burkina Faso, Iraq, the Democratic Republic of Congo and Somaliland. They are experiencing some of the longest and most dramatic humanitarian crises in the world.

In fragile countries plagued by conflict, instability, crisis, persecution, and climatic disasters, thousands of people no longer have a home, not even a shelter, not even a place to live in safety with their families.

Having to leave one’s home, one’s village, one’s land, leaving everything behind to escape the worst is the dramatic reality of hundreds of thousands of people around the world.

Displaced people find themselves in a very vulnerable situation, with limited access to basic services such as water, food, hygiene, health care and education. Their prospects for employment and income generation are compromised, as are their prospects for return. Forced to live in precarious conditions, they are among the most vulnerable to Covid-19, other diseases and epidemics, climatic hazards and disasters. Women, children, the elderly and the disabled are particularly vulnerable and need special support.

For many of them, a camp, a displacement site or a makeshift shelter on the outskirts of a city is synonym to their survival and life. 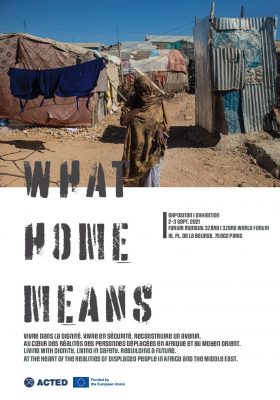 Since 01 May 2020, ACTED and the European Union have been implementing a three-year programmatic partnership to support 700,000 IDPs in nine countries in Africa and the Middle East: Burkina Faso, Iraq, Nigeria, Uganda, Central African Republic, Democratic Republic of Congo, Somalia, South Sudan and Syria.

The objective of the programmatic partnership is to provide life-saving humanitarian assistance to vulnerable IDPs who have lost everything, to meet their immediate needs: food and water, hygiene items, shelter over their heads to ensure their protection, safety and security. ACTED and the European Union are also promoting inclusive solutions and income opportunities for a sustainable exit from the crisis, and strengthening community governance mechanisms and local authorities’ capacities to respond to sudden population displacements, while promoting the autonomous management of IDP camps and sites.

While debates around the Nexus continue, ACTED moves ahead