Niger is an arid country dominated by the flat plains of the Sahara Desert which makes up over 80% of its land mass.

Following a turbulent post-colonial interlude, defined by a series of coups and political instability, in the last ten years the country has emerged as a democratic, multi-party State.

Niger remains the world’s poorest country according to the Human Development Index. This extreme poverty rate stems from a range of factors which include: its geographic position, infertile terrain, high fertility rates and poor access to basic services such as education and healthcare. Alongside these challenges the country faces natural disasters and conflicts.

Niger also grapples with hosting significant numbers of refugees fleeing conflicts in Nigeria and Mali as well as internally displaced populations. The country has also become a major transit route for migrants heading to Europe.

ACTED has been present in Niger since 2010, and operates in the regions of Tillabéry and Diffa. The organization intervenes notably in the fields of access to Water, Sanitation and Hygiene, food security and livelihoods, shelter and non-food items (NFI) and social cohesion. 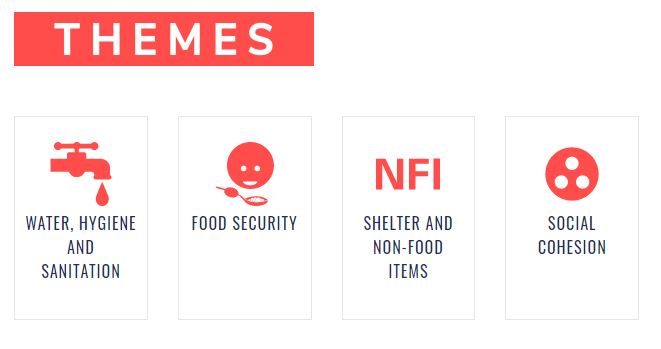 people sensitised to hygiene around COVID-19

households benefitted from our shelter and NFI kit distributions

In the face of the security, health and climate crises affecting the country, ACTED provides emergency response and carries out resilience activities to accompany the recovery of the most severely affected populations in very remote areas. Since 2010, ACTED has assisted close to one million beneficiaries in the framework of its various projects. Its continued presence has allowed it to develop a deep understanding of the problems faced by the population and the means to effectively address them. To achieve this, ACTED works with communities, local authorities and State technical services, but also with social services such as schools and health centers. 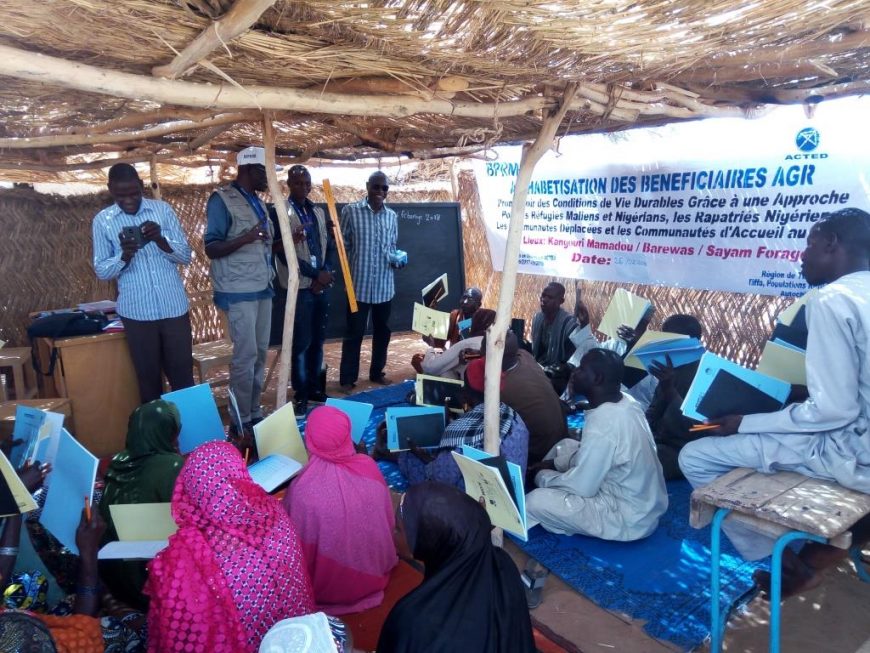 ACTED, 2017
In order to help the most vulnerable, ACTED conducted literacy sessions for the communities 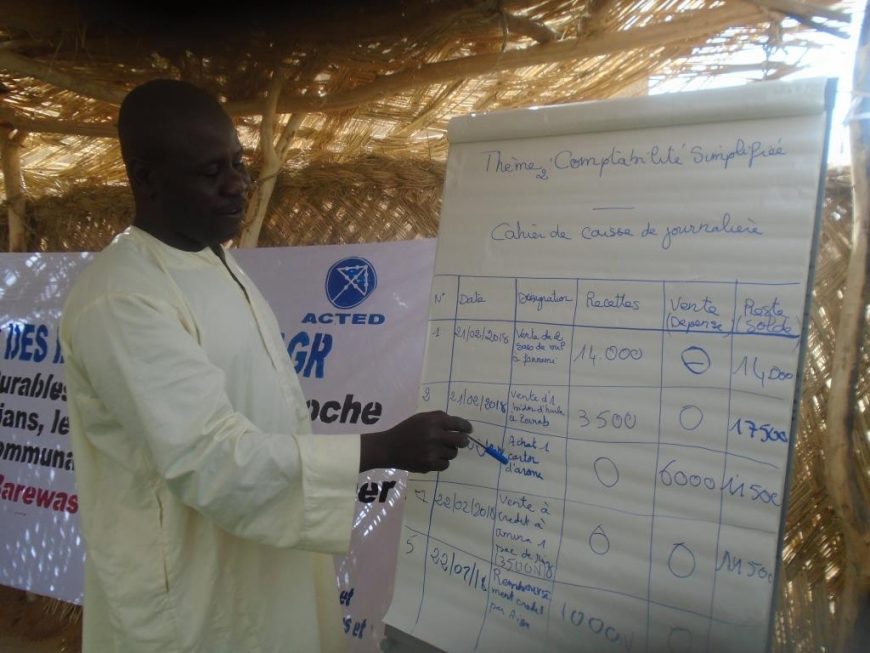 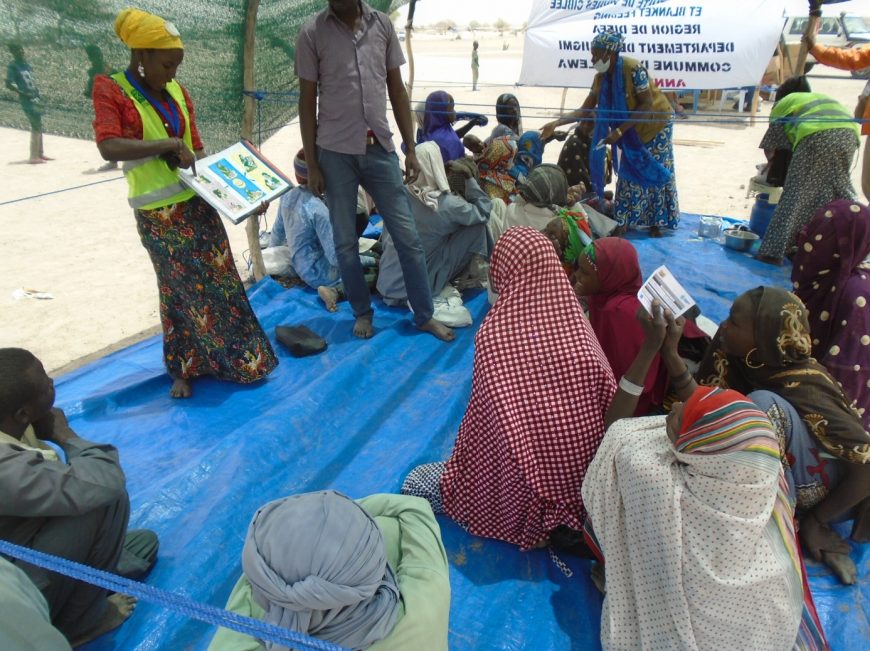 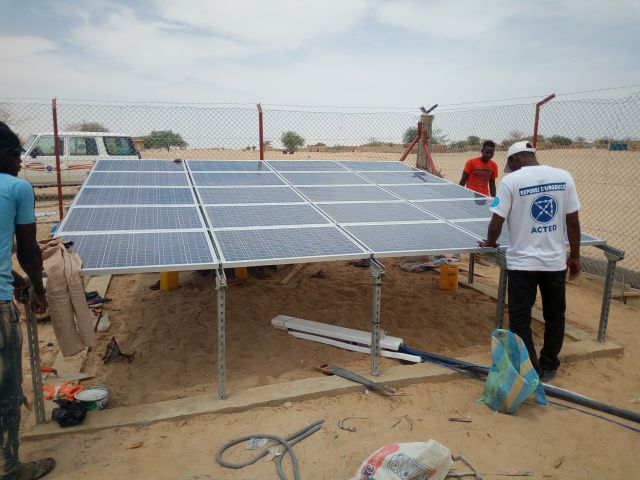 ACTED, 2017
In order to improve access to water in the Diffa region, ACTED teams are equipping a solar panel borehole to increase drinking water distribution capacity 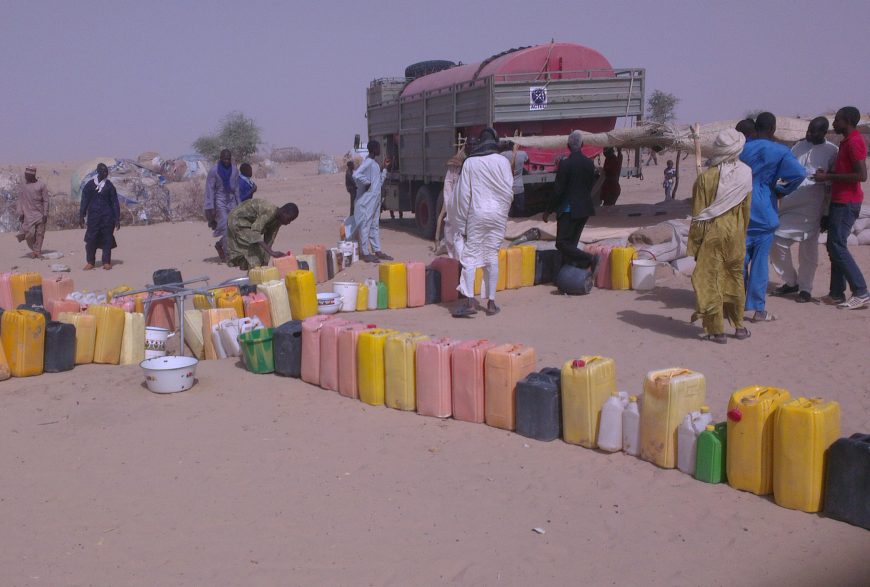 ACTED, 2017
Water Trucking covered the water supply at the Kidjandi site, which has 30,000 displaced people 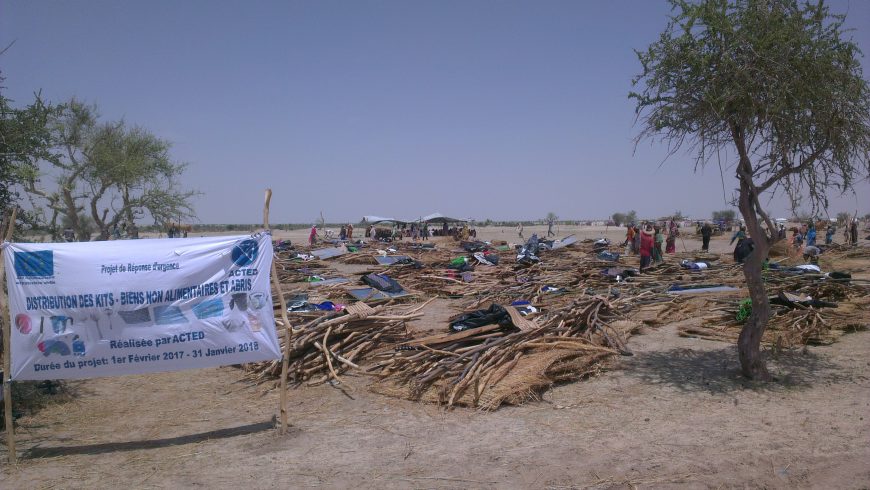 ACTED, 2017
A total of 1,400 households (approximately 4,900 people) were provided with emergency shelters 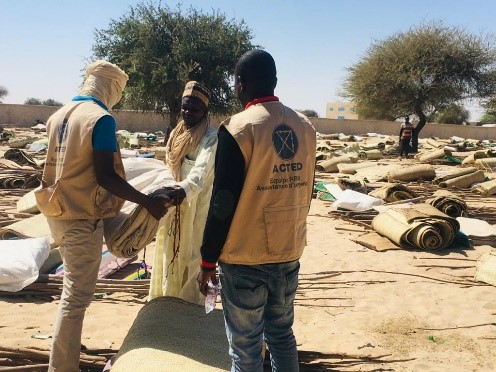 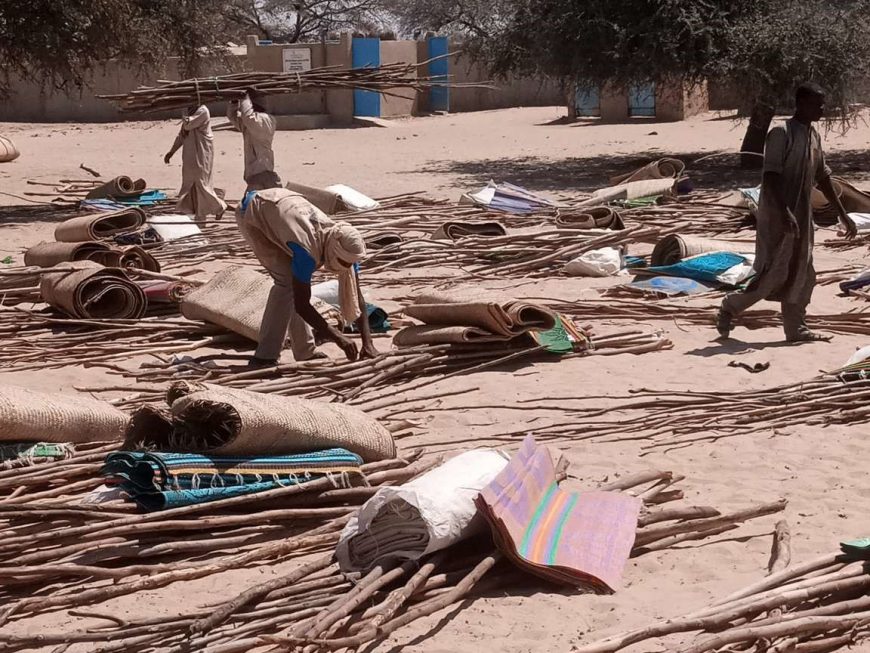 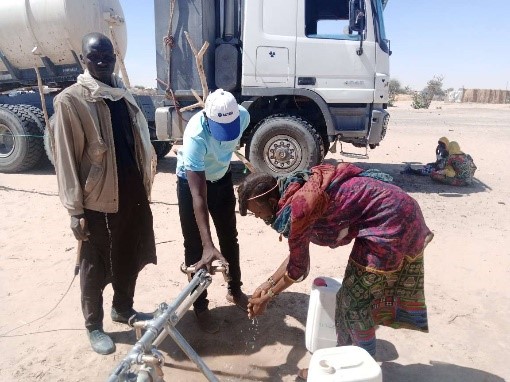 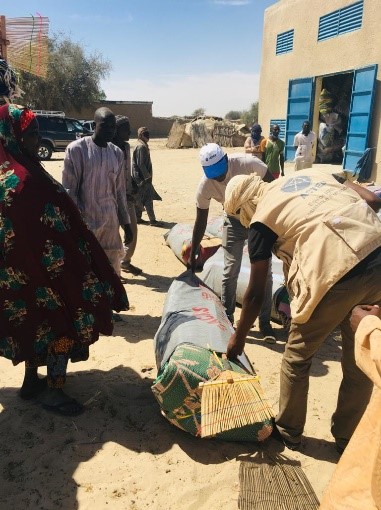 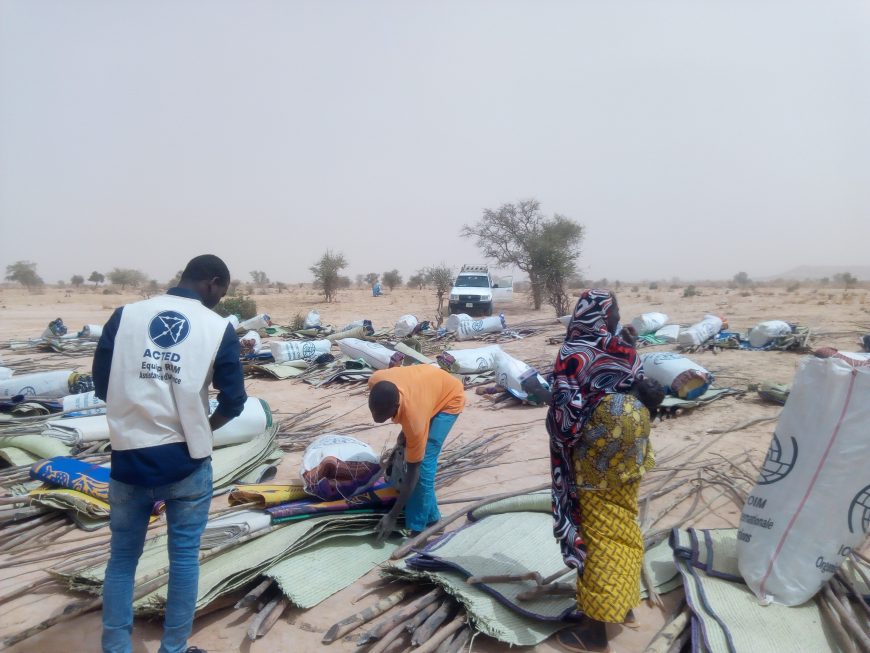 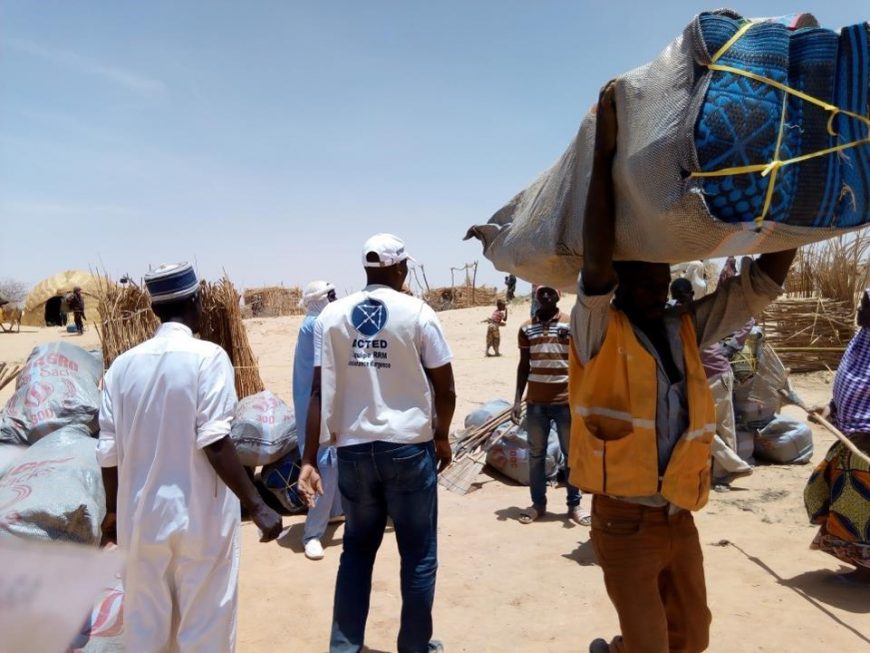 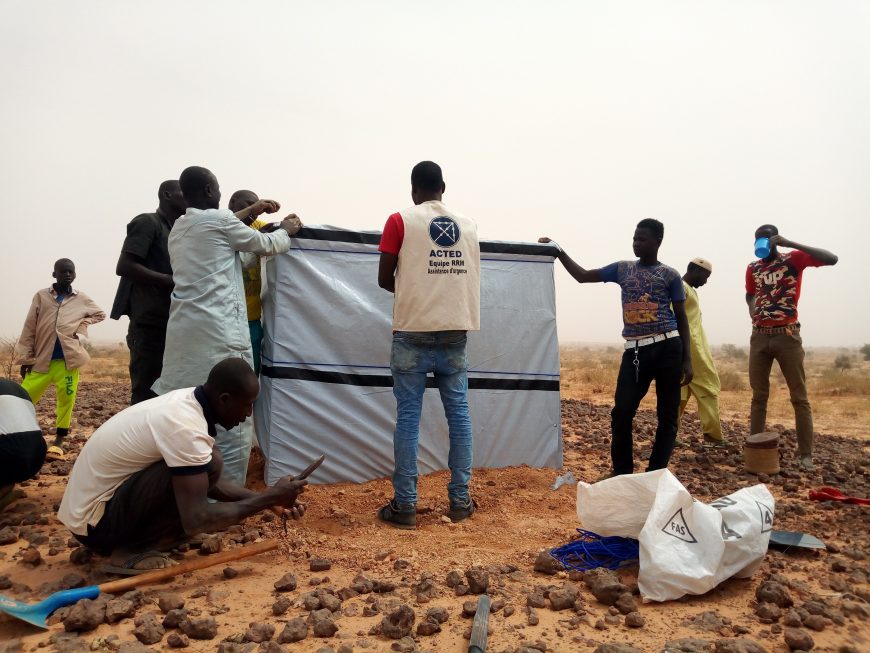 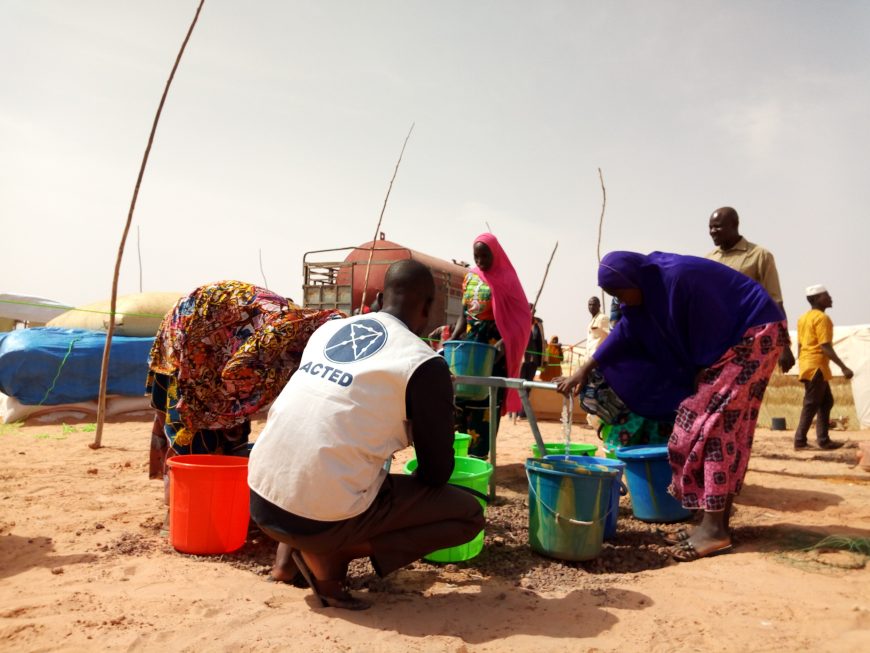 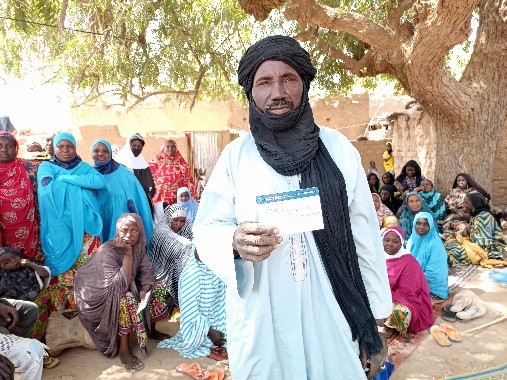 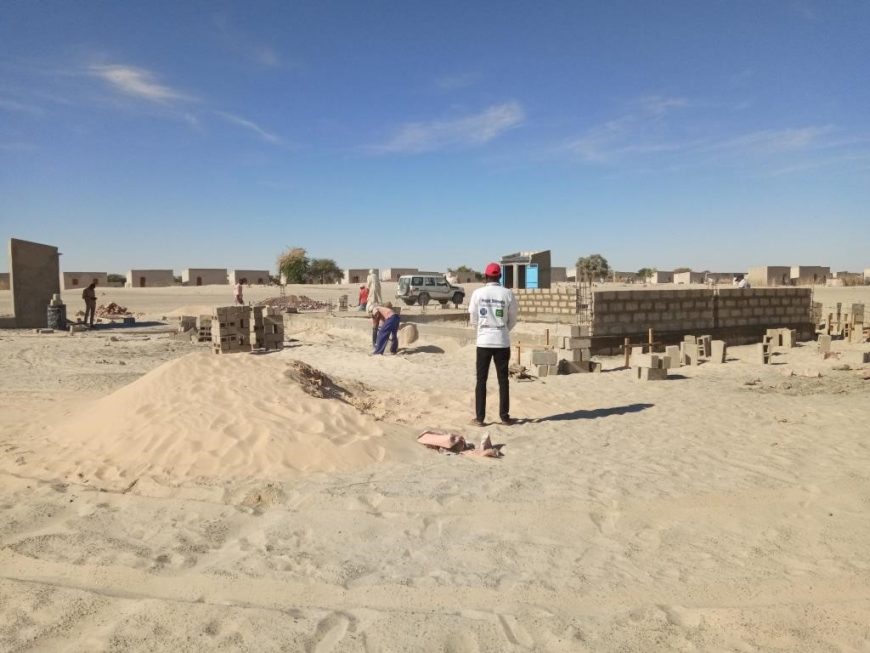 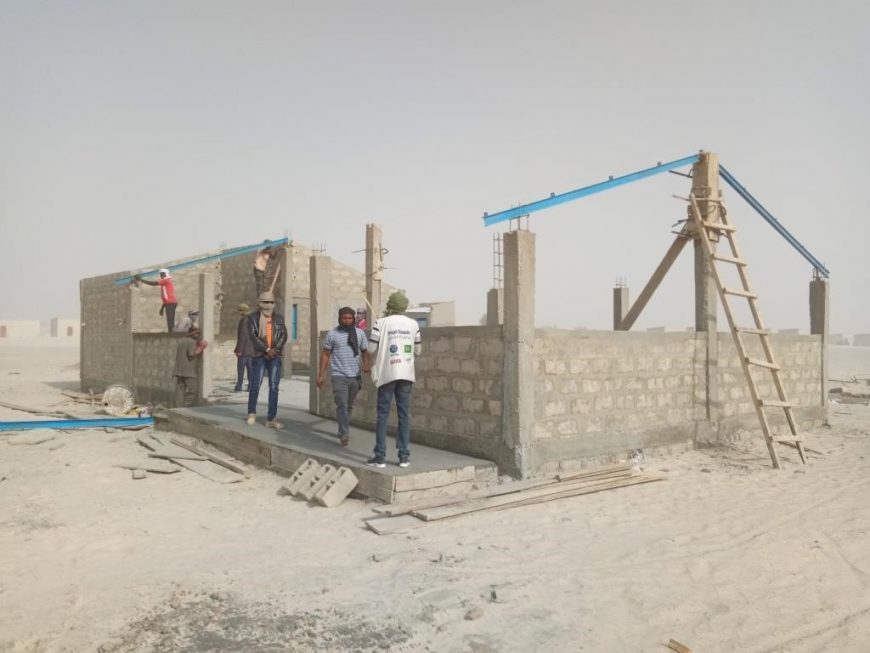 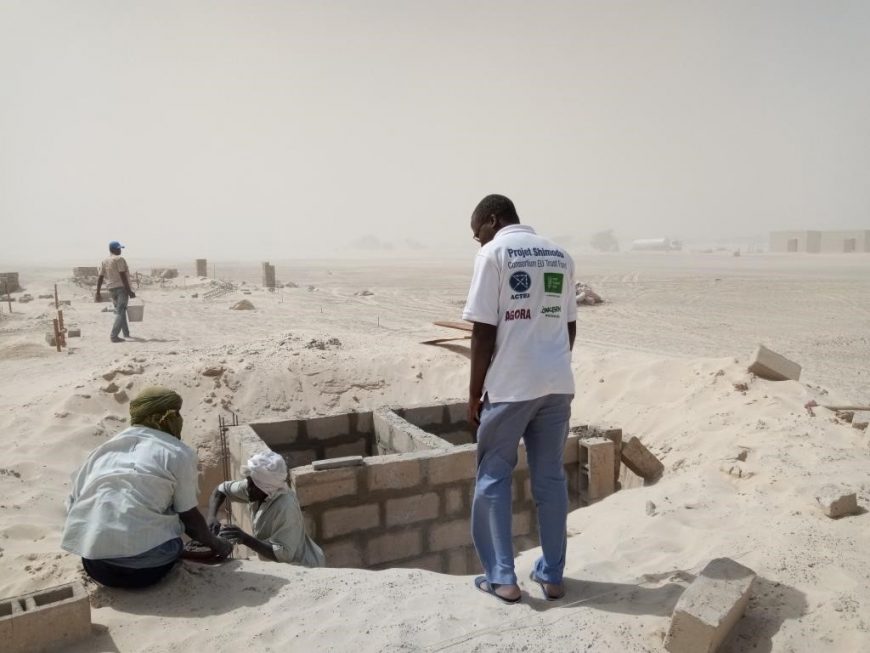 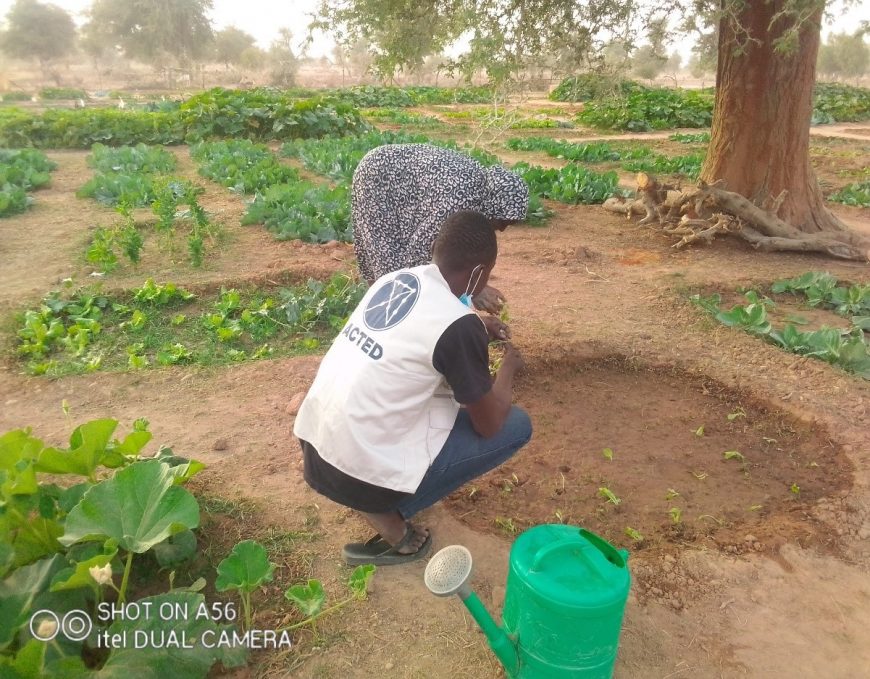 ACTED is a member of the Rapid Response Mechanism, a project conducted in consortium with several other international organizations. This mechanism provides emergency assistance to vulnerable households that have been displaced for less than three months following a shock. The mechanism, which is national in scope, is implemented in priority in the regions of Tillabéry, Tahoua, Maradi and Diffa. ACTED operates mainly in the Shelter, NFI and WASH components of the programme.

To improve the relevance and quality of its humanitarian response, ACTED collaborates with the REACH initiative in data collection and information management.

For the first time in Niger, ACTED is implementing its Regenerative Earthworks and Vegetation for Dynamic Ecosystems program (REVIVE – the first pillar of ACTED’s flagship initiative, THRIVE “Towards Holistic Resilience in Vulnerable Environments”, developed to contribute to the long-term resilience of rural communities). It is a pilot project which is being implemented in the Tillabéri region and may be replicated during the year 2021 in the Diffa region. The areas that benefit from these land regeneration activities are selected in advance with the community.

The project makes it possible to support the region’s agricultural sector while at the same time putting an end to the ongoing desertification of the region’s sandy loamy soils.

The 3 agricultural cooperatives with which ACTED collaborates in Ayerou, Abala and Banibangou departments are trained in land regeneration techniques. The techniques chosen are simple, replicable and inexpensive so that the communities can continue to replicate the practices and share the lessons learned with other members of their community, thus ensuring sustainability after the end of the project. Specifically, the community (including the most vulnerable, such as internally displaced persons and refugees) is supported to implement water harvesting and vegetation management. This will enable the cultivation of agricultural land that will be used by families in the beneficiary areas for rain-fed agriculture in the coming rainy seasons. With the increase in cultivable agricultural land, a village will be granted the status of an agricultural village and will be able to be included in the list of villages benefiting from the national program for the free distribution of agricultural cereals.

Meeting the food needs and preventing malnutrition of vulnerable populations in the commune of Kablewa, Diffa region, Niger

Emergency cash distributions to respond to the essential food security needs of crisis-affected populations in the Tillaberi region, Niger

Integrated Project to Support the Resilience of Vulnerable Refugee, Displaced, Returnee and Host Populations in the Diffa Region

Response to the Essential Needs and Strengthening of the Resilience of vulnerable populations facing the Lake Chad Crisis, in the department of N’Guigmi, Diffa Region

Emergency response to the essential needs of vulnerable populations in Niger

Emergency response to the essential needs of vulnerable populations

Contributing to improving the living conditions of vulnerable populations in Niger

Integrated project to support the resilience of vulnerable populations of refugees, displaced, returnees and hosts in the Diffa region

WASH, BNA and shelters and coordination in Diffa

For more information on population movements in the Diffa region

Find all REACH resources on the humanitarian situation in Niger.

Hygiene and sanitation in schools in Abala camp, Tillabéri 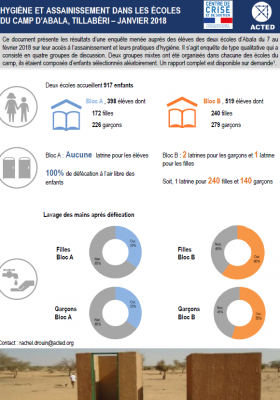