Accessing safe water: A challenging issue for the residents of the Kindjandi site

Since 2013, the Diffa region of Niger has been plagued by waves of population displacement caused by the violence of the Boko Haram armed group. Kindjandi site, which was already one of the most important sites of the region at the beginning of the crisis, welcomed thousands more people after the attacks in Bosso and Yébi in June 2016. Today, the site hosts 23,323 people, 20 times more than the village population before the displacements. This massive influx of population has increased the vulnerability of host communities and former displaced population, especially when it comes to access to water, thus fostering tensions and clashes between communities.

In the Kindjandi site, the existing water network only covers the water needs of 6,500 people, barely 28% of the population residing in the site, and leaving a large part of the population in great difficulty. The humanitarian community has been mobilised since 2016 to set up an emergency response through water-trucking: tanker trucks daily bring in safe water to fill previously installed bladders.

Since May 2017, with the support of the European Commision Humanitarian Aid and Civil Protection department (ECHO), ACTED is in charge of trucking water to the Kindjandi site. Water supply is doing from Diffa and N’Guagam sites, about 25 km from Kindjandi. 11 bladders are refilled on a daily basis thanks to three tanker trucks, each performing two daily rotations, for a total of 138m3 of water every day, thus ensuring daily access to safe water for 9,200 people. 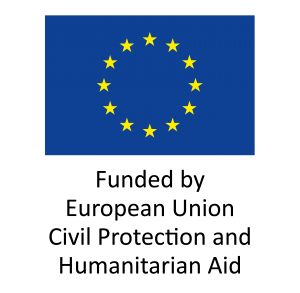