ACTED has been present in the Philippines since 2013. The teams respond, from ACTED coordination office in Manila, to the basic needs of people living in areas regularly affected by natural disasters or, more recently, by internal conflicts. After typhoons, ACTED provides food, water, shelter and other necessities to affected populations. To support long-term recovery, the teams work on various issues such as food security, disaster risk management, access to water, sanitation and hygiene infrastructure, shelter and livelihoods.

The Philippines is composed of 7,107 islands with three major ones: Luzon, Visayas and Mindanao. The country records a yearly population growth rate of 2%, with 26.3% of the population living below the poverty line. Located along the typhoon belt in the Pacific, the Philippines is hit by an average of 20 increasingly sever and frequent typhoons every year ; hence the country is ranked 4th on the Climate Risk Index.

Even though the Philippines is one of the most dynamic markets in the Asian region with sound economic fundamentals and a young highly-skilled workforce, income disparities are becoming a critical issue. Increasing inequalities emphasise pre-existing societal challenges and are identified as a major driver of environmental degradation. The poorest are struggling to survive with insufficient and inadequate resources. On top of this, the Mindanao region is affected by internal conflicts aside from natural disasters leading to regular movements of population and exacerbating the poverty level.

ACTED has been working in the Philippines since 2012, in the immediate aftermath of Typhoon Pablo supporting affected households in Davao Oriental Province of Mindanao. ACTED has been supporting typhoons-affected communities and meting their basic needs, by providing food, water, shelter and other essential noon food relief items.

Since then, supporting a rapid transition to early recovery and rehabilitation towards long-term development, ACTED’s interventions focused on food security, disaster risk management, water, sanitation and hygiene, sustainable livelihoods and shelter. ACTED teams also provide much needed support to populations that have to suffer from internal conflicts on the island of Mindanao where ISIL-affiliated groups are operating.

From the field Newsletters

More information about our programs in the Philippines 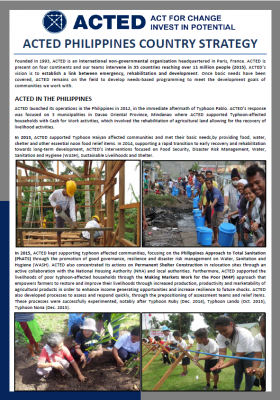 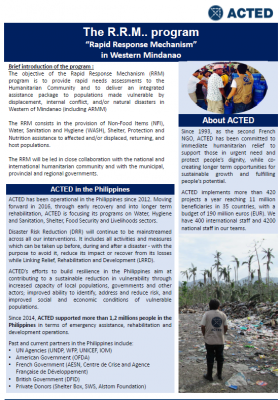 Building Resilience against the Impact of Disaster throught Governance 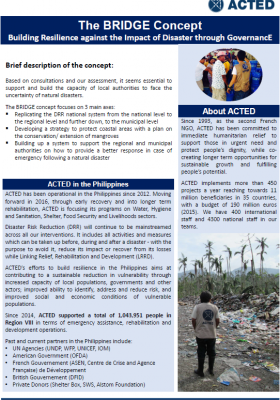 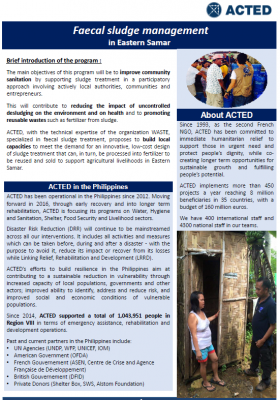 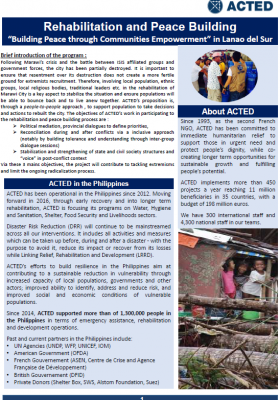 Amid relaxation of the lockdown, ACTED and its partner @GawadKalinga signed a cooperation agreement with farmers’ a… https://t.co/IqJ1UtqmGX

Last May 22 @ACTEDPH and @GawadKalinga provided PPEs to the frontliners of Atok District Hospital and Municipal Hea… https://t.co/nyUCi8efZB

Helping IDPs in the Philippines access vital information on Covid-19

Story from the Philippines – Shadows of war in Maguindanao

Hopes in the midst of Marawi conflict

Helping IDPs in the Philippines access vital information on Covid-19

Hopes in the midst of Marawi conflict

Immediate mobilisation in response to the Marawi crisis in the Philippines

A house for Analyn

Emergency response after Nock-ten with the START Network 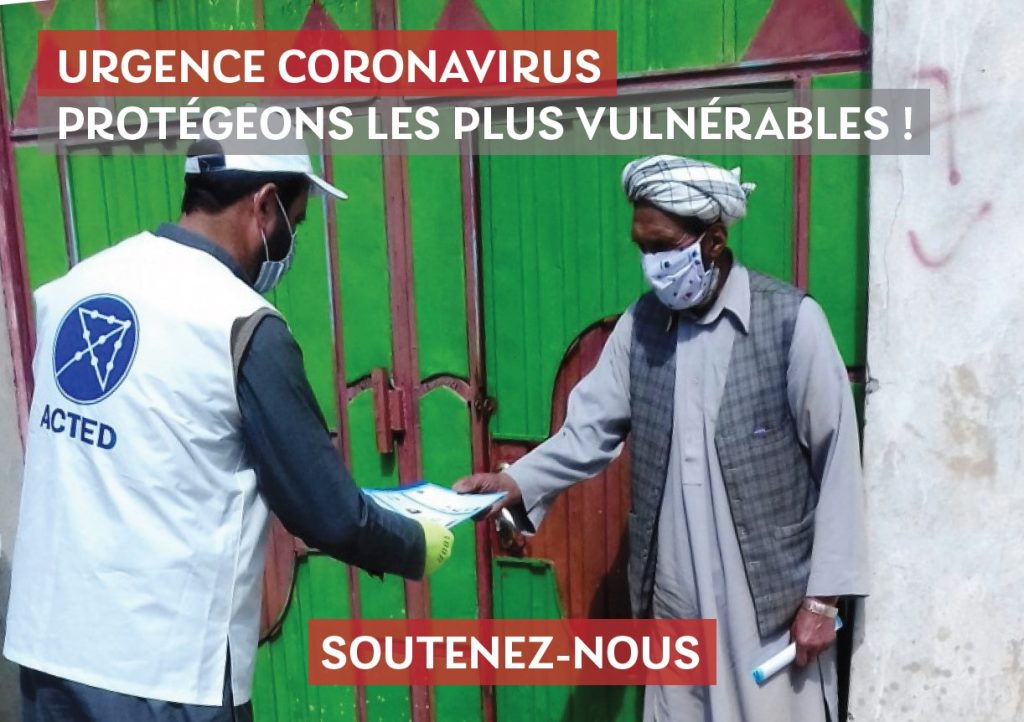