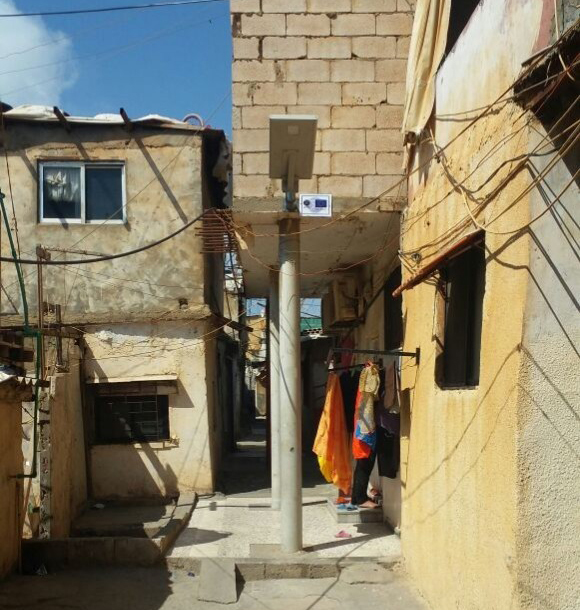 Climate change is having a direct impact on Lebanon, with extreme weather patterns and harsh winters that has serious consequences for vulnerable refugees and host populations alike, especially for the 30% of the population that live in substandard or unfinished shelters.

At the same time, Lebanon currently faces a sever energy crisis, that pre-dates the Syrian crisis. As early as 2009, the total energy demand in Lebanon was 15,000 GWh while the total production and purchase was only 11,522 GWh. As such, the demographic pressures from the influx of refugees into the country has resulted in large energy deficit, seriously affecting vulnerable populations and enterprise growth in Lebanon. The current infrastructure for electricity generation in Lebanon is highly outdated, causing a steady decline in the performance of the electricity sector.

In response, ACTED is integrating solar lighting as a part of the innovative “neighbourhood approach” currently implemented by the European Union Humanitarian Aid and Civil Protection department (ECHO) funding in the Southern suburbs of Beirut. This has resulted in the installation of 12 solar lights in Saint Simon and Mazar.

ACTED is currently developing an approach for national level solar support projects, including support for the development of renewable energy plans for municipalities, the implementation of public solar projects such as street lighting, setting up of solar photovoltaic panels in public institutions, and support for creating awareness among consumers on solar. ACTED is also exploring opportunities to provide trainings on the installation of solar panels and to provide business development support for solar businesses.

These actions not only aim to create sustainable employment opportunities in Lebanon, they also work toward meeting Lebanon’s targets for reducing carbon emissions, as per the Paris Agreement on climate.

Association of Science and Development in Tikrit: from Hardships to Exemplary Organization