Seven years into hosting the highest number of refugees per capita in the world, access to essential services in Lebanon remains curtailed by the economic crisis. With a meagre growth rate of around 1% and an ever increasing budget deficit, the opportunities for both Lebanese and the refugee population to work their way out of poverty are shrinking.

In 2018, ACTED, supported by the U.S Department of State (Bureau of Population, Refugees, and Migration), began working with Lebanon's refugee population to upgrade their shelters, and provide multi-purpose cash assistance.

There are over 1.5 million Syrian refugees, 450,000 Palestinian refugees and 20,000 other refugees in Lebanon.

23% of refugee households have no access to a family bathroom.

Today, at 73 years old, Hanna lives alone in his small humidity-stricken room in Mar Elias camp in the southern suburbs of Beirut. At three years old, he was one of those who fled their homes to escape violence, war, and hunger that accompanied the 1948 Palestinian exodus, in search of security and a better future.

Most of his life, he lived in cramped houses and suffocating living conditions. Each day, he awoke to the cruel reality that all the prosperity of Beirut, and the world, was out of his reach. Inside the camp, he watched as his neighbors became ill from the chronic diseases that proliferate in the polluted conditions of the camp.

Hanna’s accommodation was in dire need of renovation; on top of a leaking roof, poor latrine conditions, and a lack of hot water, with his advancing years, Hanna’s independence was under threat due to the lack of accessibility of his toilet facility.

“I built my bathroom inside this room on my own 17 years ago…but I never had hot water nor a toilet seat. I used to place old fabric around the shower, because I didn’t have any shower curtains. The humidity has had a toll on my health and affected my breathing.”

73% of the two million refugees in Lebanon live in low-standard rented accommodation in rural areas. These often lack toilets, running water and electricity and many are in too poor condition to protect the inhabitants from the elements. With the urgent need for basic shelter on the rise, both Lebanese and refugees are increasingly pushed into living in tents and makeshift buildings within unplanned informal settlements.

In 2018, ACTED, supported by the U.S Department of State (Bureau of Population, Refugees, and Migration), began working with people like Hanna to upgrade their shelters, and provide multi-purpose cash assistance.

After a thorough technical evaluation and assessing of Hanna’s home modification needs, the home underwent comprehensive WASH and shelter rehabilitations. The latter encompassed replacement of windows, installation of a metal door, waterproofing, and installation of a water heater, toilet seat, and new sink. 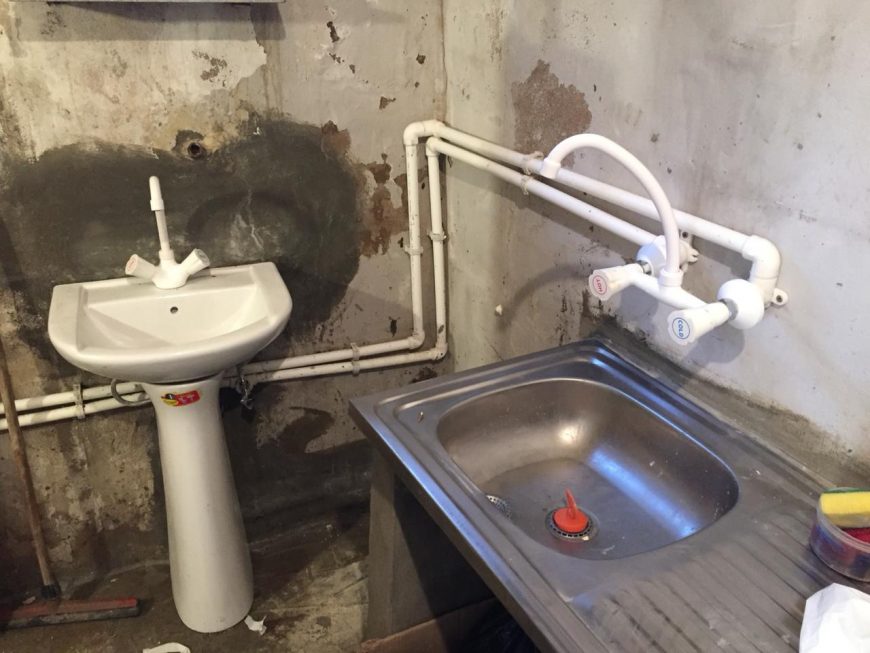 “My broken sink is now functional after the intervention, and of course this has improved my hygiene a lot. I can now use my bathroom much more easily after the installation of the toilet seat.”

In addition to the housing upgrades, Hanna received cash support throughout the intervention.

Mental wellbeing is one call away in Lebanon