When knowledge and passion meet skill-building and cooperation, societies flourish and populations are empowered. In Tikrit, a small community in North Lebanon, ACTED was able to embody the qualities of determination, leadership and dynamism into a single person, known as the Mukhtar of Tikrit. His powerful initiatives that undoubtedly merit a closer look, were inspired by ACTED’s participatory and inclusive approach within the TA’CIR project, a flagship project that pilots the EU civil society roadmap for more strategic engagement and structured dialogue between civil society organizations and local authorities in Lebanon.  From the establishment of a community-lead committee that focuses on Tikrit’s healthcare needs, to the regularly organized inclusive discussions on priority issues in the area, the Mukhtar was able to replicate the participatory approach at a smaller scale, foster the engagement of local actors, and build a previously inexistent sustainable connection between civil society and authorities.

The Mukhtar, meaning “the chosen one”, is an elected neighborhood- or village-level state representative who has historically been considered a highly significant individual within Lebanese communities. Viewed as a key person and bridgehead, the Mukhtar is the focal point to whom all members refer to in order to voice their needs and concerns. At the epicenter of society, he is the reconciliatory entity that establishes and maintains the bridge linking the people, and the authorities..

However, the reality is that Mukhtars face countless obstacles that prevent them from fulfilling their role to the fullest. These range from lack of coordination amongst them to absence of a unified voice and common vision among all local stakeholders, which makes reaching community-level consensus and the delivering of clear messages to authorities a challenging task. According to Ghazi Ayyoub who has been the Mukhtar of Tikrit for more than 10 years, obstacles include “poor organization skills, weak dialogue and inconsistent unity” between civil society organizations and key stakeholders such as Mukhtars, which have all been detrimental to his work in the region. He notes that communities have an abundance  of resources, while stressing that Mukhtars still lack the essential tools and plans that would allow for the effective utilization of these resources. To him, there are currently no effective outside stimulators (such as tailored programs focusing on fostering dialogue and developing the capacities of community service providers and leaders) capable of extracting and bringing together the ideas of their communities, and turning them into tangible, fruitful initiatives. 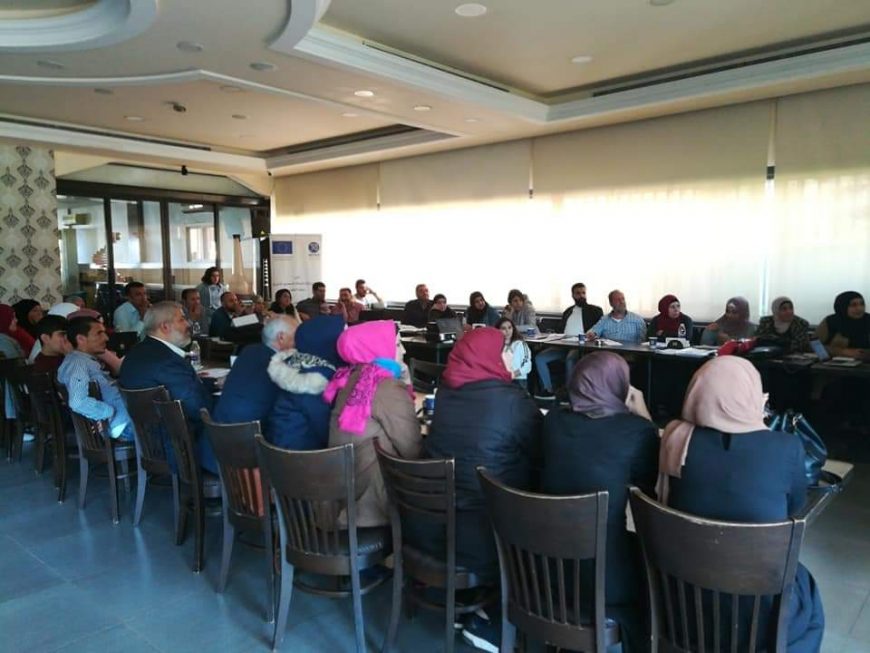 After his participation in trainings conducted as part of ACTED’s TA’CIR project, the Mukhtar started seeing a light at the end of the tunnel that Lebanese societies have been trapped in: “I attended one of the trainings by coincidence and out of curiosity. What drew my attention was the unique participatory approach, the active and inclusive discussions, the smoothness and simplicity of the trainings, and the final outcome which were the Municipal Plans. The simplicity allowed for easy replication of the concepts grasped during the trainings, and this is the essence of local development!” Since then, he has made sure not to miss a single session. More importantly, he highlighted the long-term impacts on his community, including but not limited to increased time efficiency due to the more open and inclusive dialogues, and clearer communication between the Mukhtars and key local entities. He remarked how the discussions and dialogues were paving the way and direction for them as a community, to start harmonizing and turning ideas into well studied initiatives that, when implemented, serve local development -thereby tackling their weakest points.

New Community Initiatives: the Palpable Fruit of the Action

Notably, the Mukhtar then went on to establish a local committee composed of key stakeholders within Tikrit in the fields of health and development, with its main priority and concern being the health sector. “We started conducting assessments in order to have statistics on the prevalence of chronic diseases in our community, and then archived all the data.” This step allowed them to build a bridge between the people’s healthcare needs and the only primary healthcare center in the area, linking the former to the services provided by the latter. The committee also took the initiative to organize lectures and awareness-raising sessions to increase the public’s knowledge on issues related to health and hygiene; during which many individuals discovered their chronic diseases, allowing for earlier diagnosis and more effective treatments: “this is how we are benefitting our community after TA’CIR.”

After his continuous involvement in the working group discussions and trainings, four Mukhtars from the same region came to the Mukhtar of Tikrit, eager to gain the knowledge he had acquired through TA’CIR. Today, all five Mukhtars conduct weekly meetings during which issues relevant to their communities are discussed, and articles surrounding these topics are drafted. An open discussion has now been launched, where sharing of criticism, opinions and knowledge is encouraged. This strategy is inspired by the TA’CIR trainer’s approach, which the Mukhtar replicated at a smaller scale. The purpose is to lay out all messages and ideas, understand one another, reach a unified consensus, then finally collectively advocate for the needs of their communities to authorities in a strong confident voice.

“We wish to further strengthen and replicate this type of coordination and dialogue between civil society and municipalities, as it is an essential element of local development. I would like to thank not only the European Union, but all those who believe in the participatory approach as a means of bringing communities together, reviving them and allowing them to thrive by teaching them how to put their existing resources to good use!”