Fallujah District in the Al-Anbar governorate lies just west of the Iraqi capital, Baghdad. For four thousand years, water from the Euphrates has brought life to the area, with irrigation canals snaking across the landscape, giving birth to date plantations and palm tree orchards. Communities remain almost exclusively reliant on agriculture for their livelihoods.

The governorate of Al-Anbar was one of the worst affected by the ISIL occupation, during which time much of the agricultural infrastructure in the area was damaged or abandoned.

In order to help these communities recover, ACTED assisted local women and men as they organized to repair key irrigation canals, water ponds, and water pumps. Our work also included reforestation activities and providing agricultural trainings to maximize the economic benefits for communities while minimizing the impact on the local ecosystem.

In this photo story, we spoke to three locals who took part in the rehabilitation efforts.

Al-Anbar Governorate has the highest poverty rate in Iraq

of households are in debt

people have returned to Al-Anbar since the fall of ISIL

Following years of conflict there are still over four million vulnerable people in Iraq in need of assistance. Two and a half million of whom are in critical need of improved access to employment and livelihoods to support their recovery from the damaging and lasting effects of conflict.

Following the recent government decision to close IDP camps, the area has seen a mass return of those who were forced to flee from the threat of ISIL years before.

Al-Anbar presents uniquely high numbers of widowed women, who lost their husbands in the fight against ISIL.

“When I eventually returned home, I found myself starting from scratch. My family and I were living on what was available from humanitarian organizations. I felt that I was useless,” said Ali. 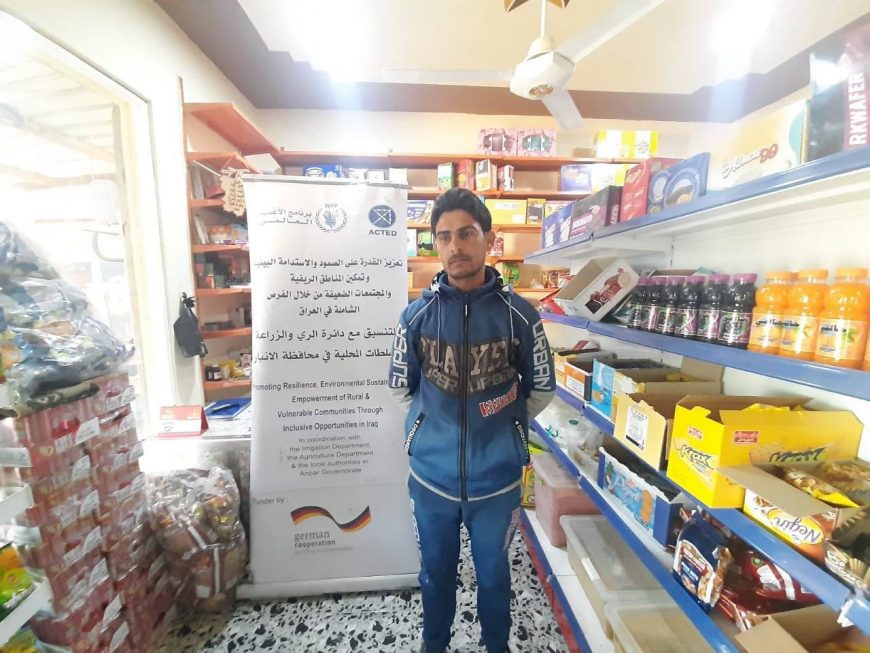 “The period of the war with ISIL passed with all the difficulties and fears we faced, and when I returned to my district and my home, I had to think of a job through which I could earn a livelihood and re-equip my food store,” said Ali.

All Ali needed was enough money to get his store started again and so he volunteered to be part of ACTED’s rehabilitation project.

“I asked the registration officer, “What do you want in return?” The employee replied: We do not want anything in return. We are here to support the people in this area.”

“I asked him, “Will you really run these activities, or it is just talk?” The employee replied, “Of course; We will implement all these activities.” I was not convinced of this, and I thought to myself this wasn’t true. I was hopeless. After a while, the phone was ringing, and it was ACTED. They told me that I would be one of the beneficiaries who would work to clean the irrigation channels, and so I accepted the offer. It was not a difficult job, but we, the workers, enjoyed it a lot because brotherly relationships were formed between us,” said Ali.

Without ACTED and this wonderful project, I would not have been able to open my shop again. 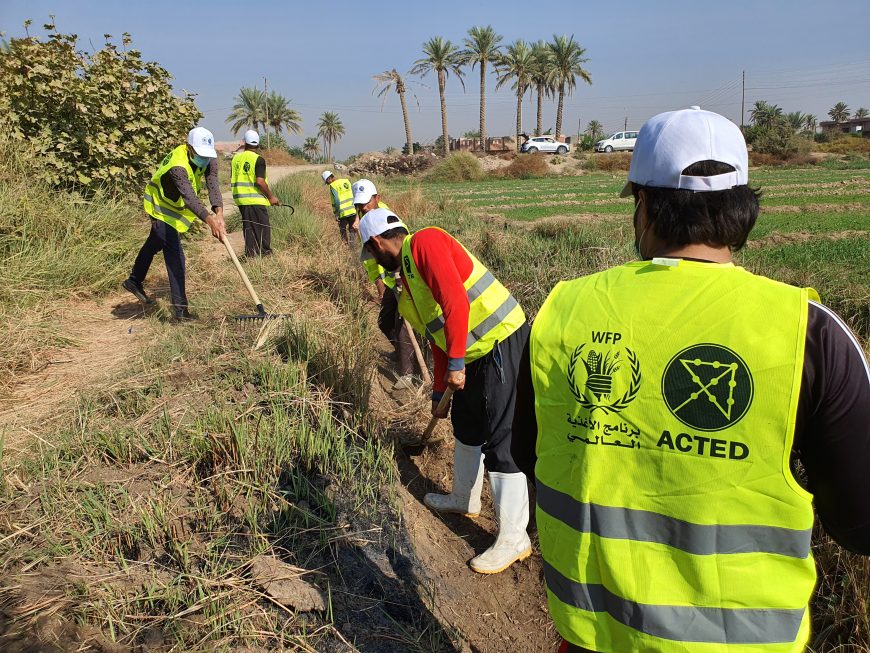 Ali worked with others to rehabilitate irrigation canals 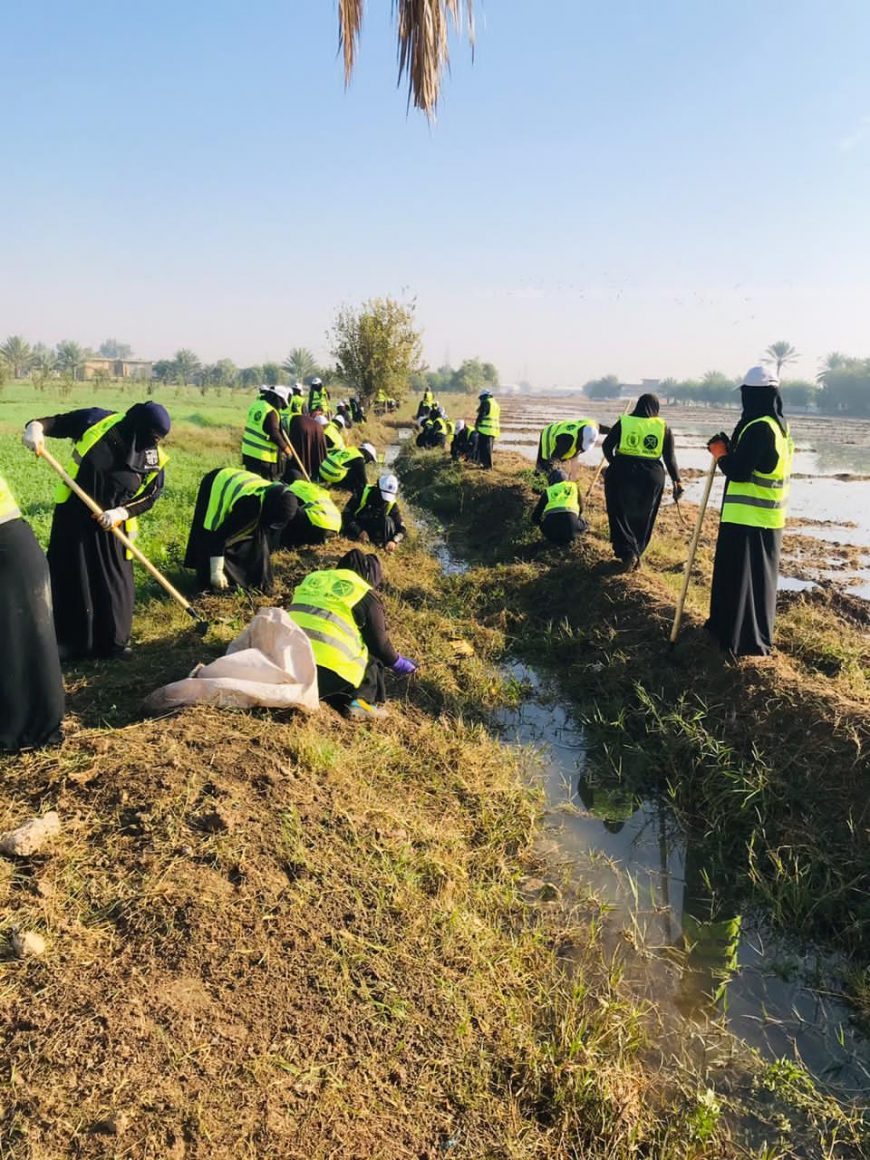 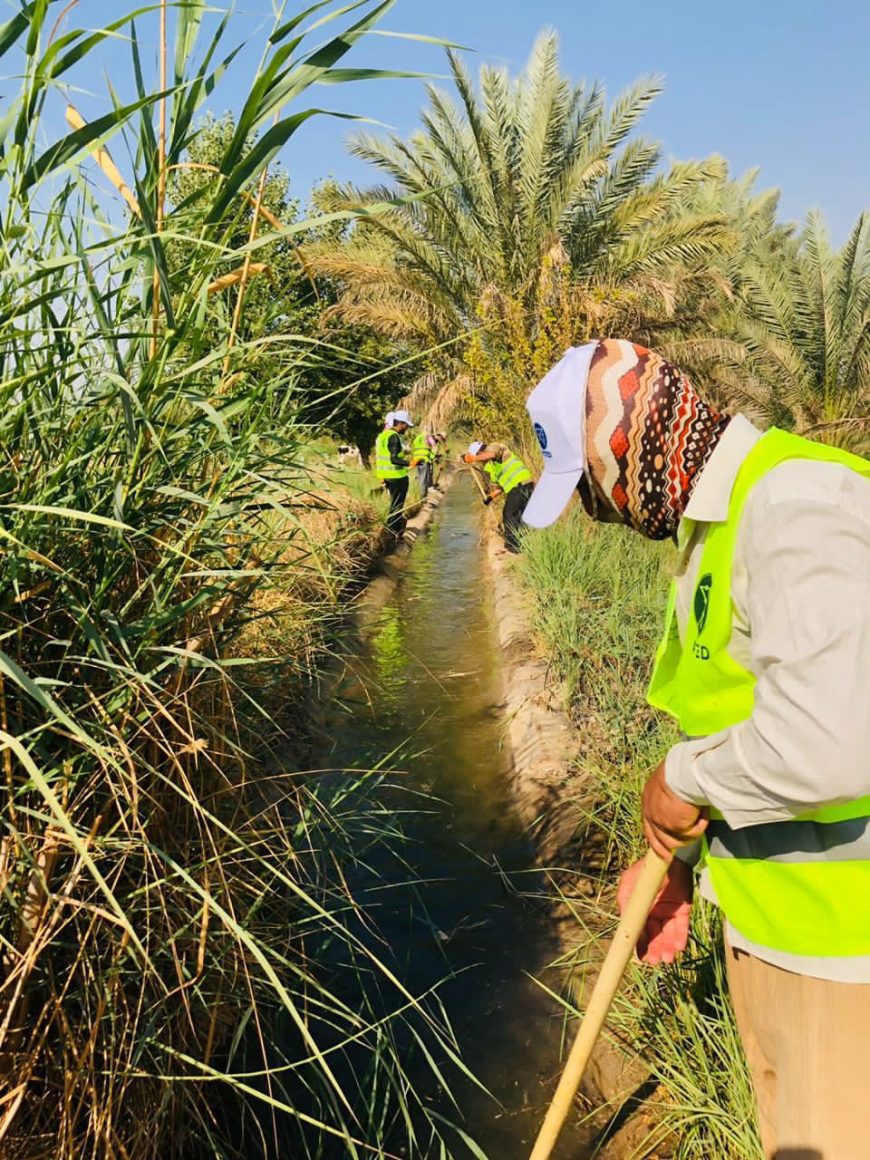 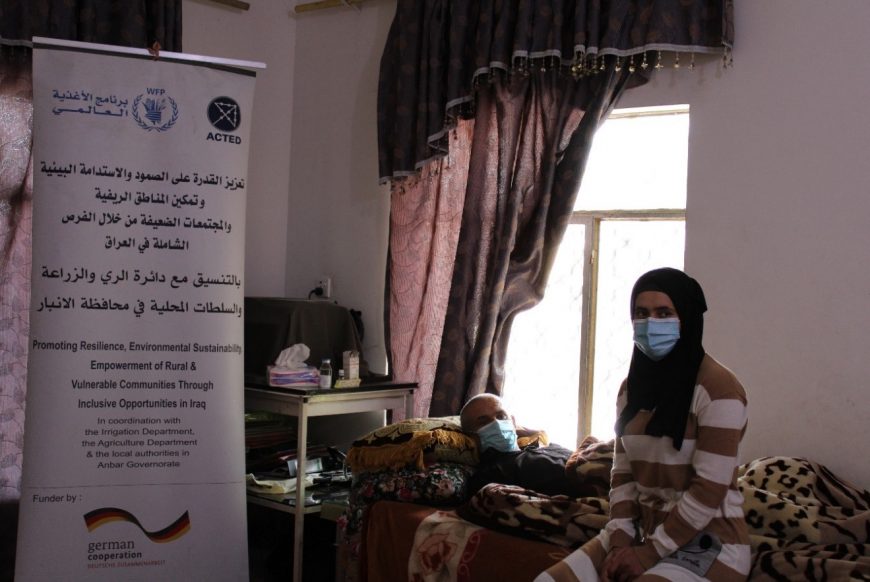 “After the conflict we returned to Anbar. We found that our house had been bombed and most of our possessions had been stolen,” said Ezra.

When she returned with her family, Ezra’s father went out to buy her stationary so that she could get back to school. On his errand, a car bomb exploded nearby, taking his hearing and damaging his eyesight. Ezra struggled to cover the medical costs.

“He needed multiple operations and we were not able to care for him,” said Ezra.

“I heard that ACTED were registering unemployed people for job opportunities. I was happy and thought that it would be a ray of hope for me to support my family and a way for my father to have his operation.”

Ezra worked with hundreds of other women cleaning waste from agricultural areas near her family home. 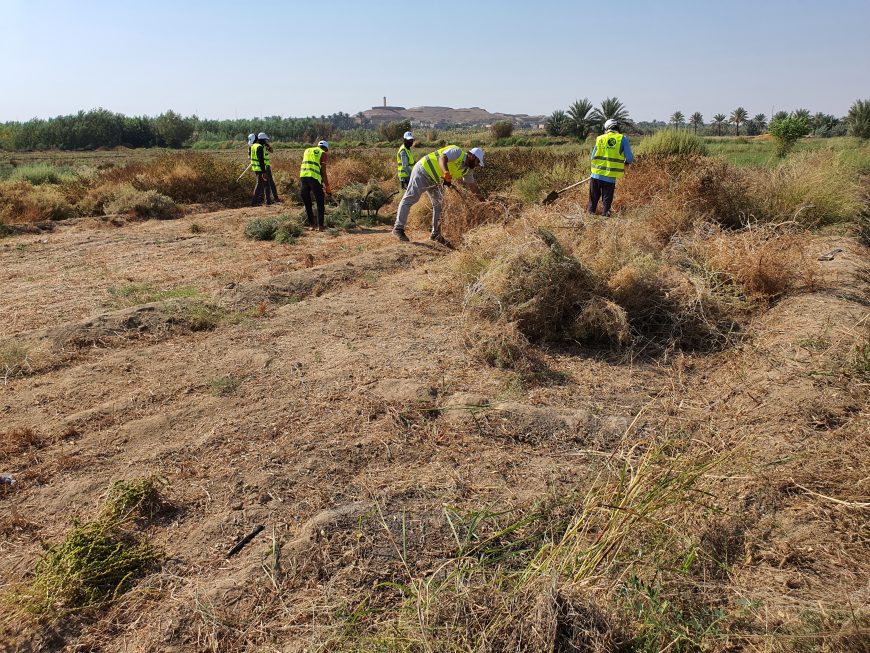 The work was easy and close to my home. With my salary I was able to pay for my father's operation. His health is improving.

Ezra, worker in the clean up of agricultural lands 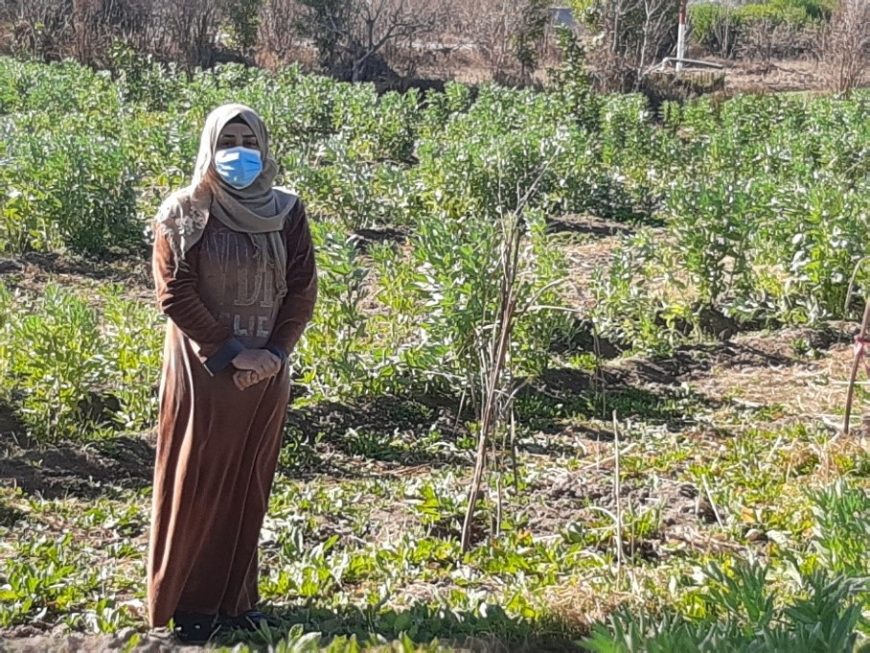 “When we lost my husband, my son was a year and a half old and my daughter was seven months old. My son was extremely attached to his father, who tried very hard to provide for us during the ISIL siege,” said Nadira.

“After the city was liberated, I thought that we had risen from the darkness which we had lived through for so long. But my son was in psychological shock. He underwent treatment from a doctor and had surgery on his head,” said Nadira.

As her debts mounted in her struggle to pay for her son’s treatment, Nadira had to borrow money from her relatives. She soon registered to help in the efforts to reforest areas of the district.

“Through this work, I was able to pay off my debts. They also provided me with fruit trees from which I could harvest fruits for years to come and sell them to meet the needs of my children,” said Nadira. 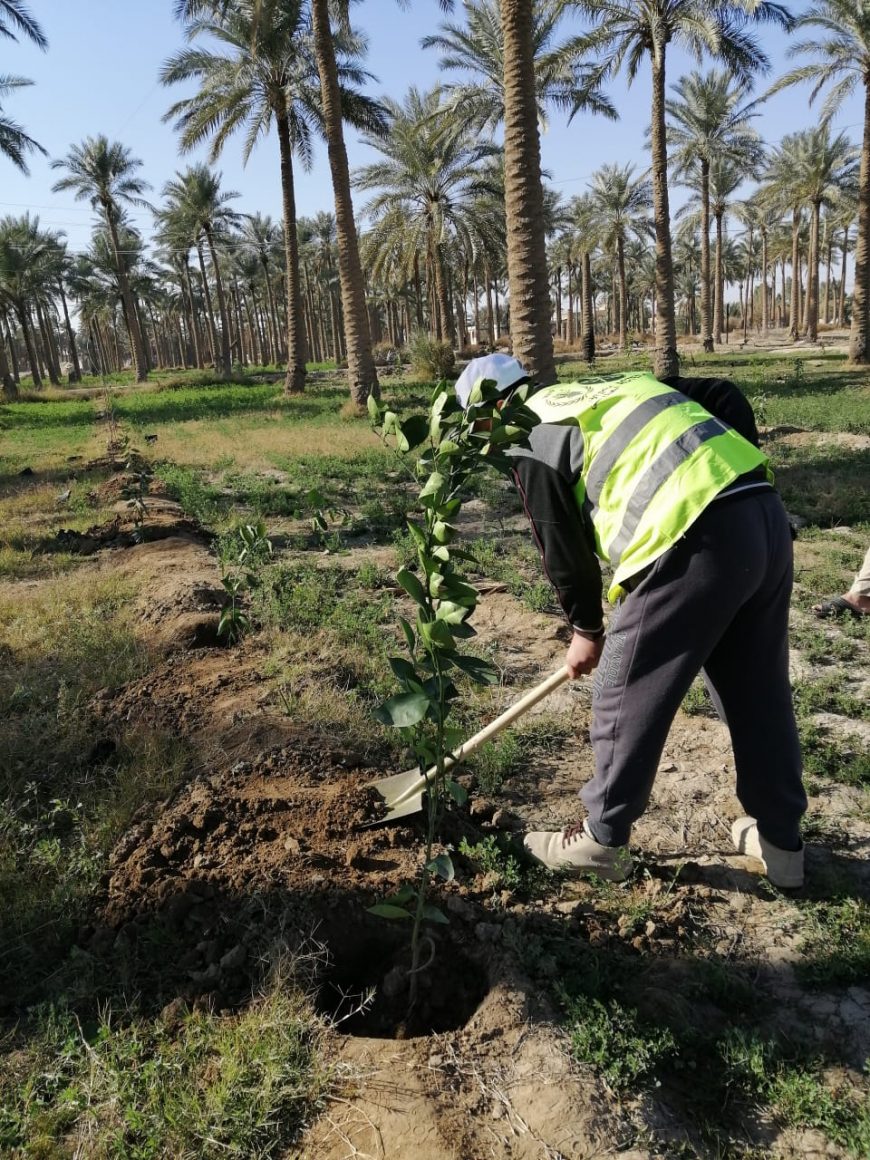 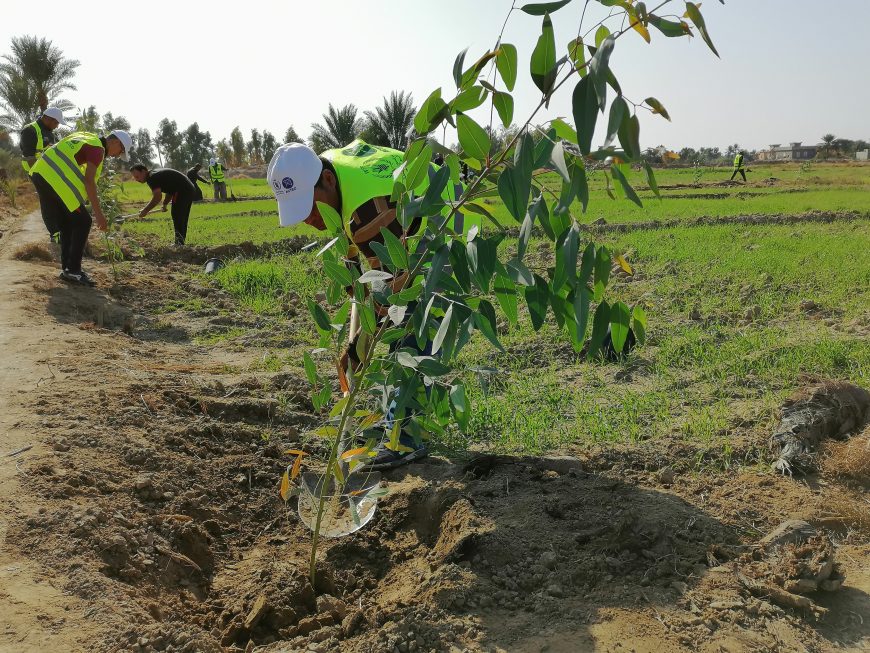 Upon completion of the project, ACTED has supported the residents of Fallujah District in planting over 15,000 trees, cleared and repaired over 15 km of irrigation canals, rehabilitated numerous water pumps and water ponds and improved disaster risk reduction measures in agricultural areas equating to over 120,000 square meters.

Additionally, ACTED reached 500 households through an awareness raising campaign aiming to improve knowledge on sustainable resource use and protection of rehabilitated areas.

This project was made possible through funding from the World Food Programme (WFP).