A statement from the Regional Desert Locust Alliance

The emergence of further generations of desert locusts comes with significant risks and impacts to rangelands which will converge with the current economic impact of COVID-19 to further threaten food security and the livelihoods of vulnerable pastoralist and agro-pastoralist communities throughout the greater Horn of Africa. These already vulnerable households are now hit with a triple shock in COVID-19, desert locusts and the risk of a Rift Valley Fever (RVF) outbreak. Climatic and ecological conditions have made a favorable environment for swarms to grow and consume pasture and crops. In response, pastoralists have begun to move to non-traditional grazing lands to find pasture and browse for their livestock. The loss of browse and pasture as well as irregular movement can lead to resource-based conflict or pastoralists may not be able to access the pasture their herds need. IGAD and FAO have also warned of a potential RVF outbreak – a disease which impacts both livestock and humans.

In addition, COVID-19 has had a negative impact on pastoral and agro-pastoral populations due to movement restrictions and curfews which have limited access to pasture. The confluence of these triple shocks poses a high risk to food security and livelihoods and particularly for the wellbeing of women and girls. Lower meat and milk production leads to poor dietary options, limited food available to herders and their families, and lower income from sales which is less resources for necessary household goods and services. The compounded crises are also putting unprecedented pressure on women, including on their rights and their food security – as men move in search of pastureland, women are left behind with the sole responsibility of child care and providing food for the family. Moreover, expected market disruptions, food shocks, pressure on land and water resources, and increases in malnutrition will be particularly difficult for women, who often eat last and least.

Urgent support is necessary to complement the already ongoing efforts by NGOS, governments and UN agencies, otherwise the desert locust crisis will lead to increased vulnerability of pastoralist and agro-pastoralists communities throughout the greater Horn of Africa.

The worst outbreak of desert locusts in 70 years threatens to decimate rangeland and crops in the Horn of Africa and potentially the Sahel. There is risk of a Rift Valley Fever outbreak that further threatens livestock and human health. COVID-19 is already disrupting markets, driving up food prices, squeezing small businesses and limiting livestock trade in addition to the direct health impacts. Ongoing conflict further limits trade and humanitarian access in some areas, particularly in southern Somalia. Humanitarian response is currently inadequate. Acting now would save lives and be less costly than responding to what could become a famine. – Allison Huggins, Mercy Corps Deputy Regional Director – Africa

The RDLA advocates for support to pastoralist communities by:

Actors should work in close partnership with local governments in their response and engage with country-level Food Security and Livelihoods clusters and/or Agriculture / Livestock sectors to build bank better and more inclusive food system. Ultimately, ensuring responses are needs-driven, gender-responsive, evidence-based, results-oriented and market-sensitive is critical to mitigating the impact of the crisis for pastoralist and agro-pastoralist households and the wider systems in which they operate.

The time to support pastoralists and agro-pastoralists in locust affected areas is now, potentially until the next rains which are due in October/November. Livestock body condition needs to be sustained so that milk will be produced for the households, protecting them – especially children – against malnutrition during the upcoming dry season. Losing economic gains may also risk the empowerment and decision-making roles that women have been able to claim for themselves to date. Support is needed in the form of direct assistance to affected households, but also to wider systemic issues such as enabling livestock trade, local government policy, fodder production, distribution and storage systems; expanding quality, affordable and reliable veterinary products and services to remote areas; maintaining and expanding locust (and other hazards) early warning systems; enabling pastoralists and agro-pastoralists to communicate and stay up to date with context changes, weather forecasts, COVID-19 mitigation measures and so on. This work will take time and necessarily involve both public and private sectors as well as the humanitarian and development communities.

The Regional Desert Locust Alliance brings together 60+ National and International NGOs who are responding to the desert locust crisis in the greater Horn of Africa. The Alliance was formed in February 2020 in response to the increased locust threat to food security and livelihoods in nine countries in the greater Horn of Africa – Djibouti, Eritrea, Ethiopia, Kenya, Somalia, South Sudan, the Sudan, Uganda and the United Republic of Tanzania. 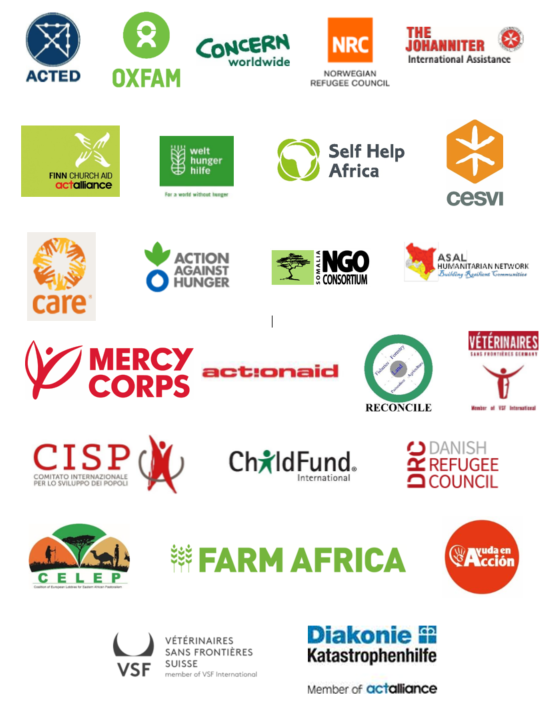 Can a ‘Circular Economy’ help bring the MENA region out of crisis?

Innovative solutions for energy access, a lever for development

Appeal for a Global Mobilization