Supporting farmers in Northern Syria to overcome the drought

High inflation rates, weakening currency and shortages of basic products, including fuel, prevail. The impact of sanctions has generally worsened matters for millions of Syrians, directly or indirectly. Farmers continue raising concerns about high production costs and transportation costs as well as lack of quality inputs. The agricultural machinery fleet is ageing, with no significant investment.

With funding from the Crisis and Support Centre of the French Ministry for Europe and Foreign Affairs (CDCS), ACTED has been supporting drought-affected farmers across Northern Syria governorates for over 12 months by providing them with seeds and facilitating their access to water in order to mitigate the consequences of drought on their lands and livestock. 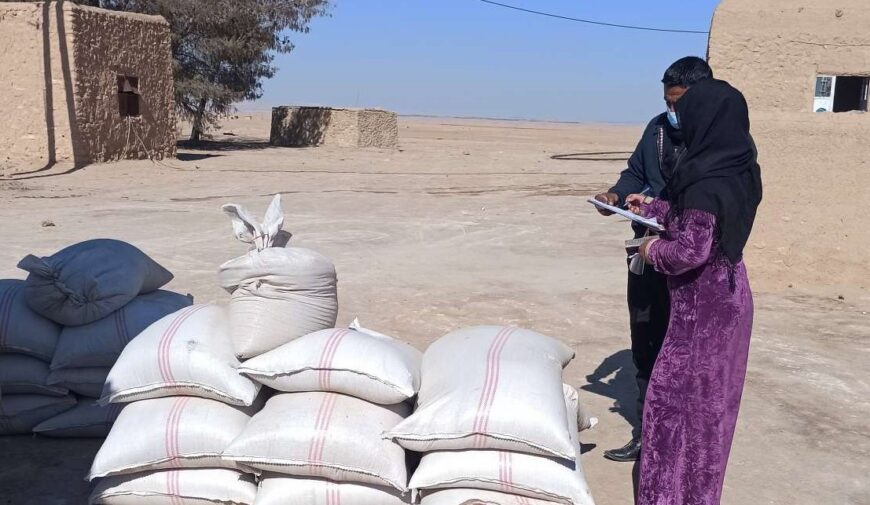 Jameel* is a 42 years-old farmer from Northern Syria who provides for his family of nine. He is one of the 1,304 farmers in the region who received wheat seeds from ACTED through the CDCS-funded project. Like most farmers in the area, Jameel’s land has suffered from drought. The soaring prices of essential agricultural items, such as seeds and fertilisers, have greatly affected his production.

“I’ve been a farmer for 15 years. My land is my primary source of income and my family’s livelihood. Before joining the program, we could not afford to buy the various tools and items needed for the land, which severely reduced our production,” said Jameel.

Jameel was excited when the project was announced and considered it a turning point. He got all the information he needed to participate in the project from ACTED staff – who went around the houses explaining the benefits of the project and how it would increase farmland production and create livelihoods for farmers.

“I am very happy with the wheat seeds I received. They are of good quality. This helped us to grow more crops, improve our production, thus increase our income. We’ll now be able to meet our needs,” said Jameel. 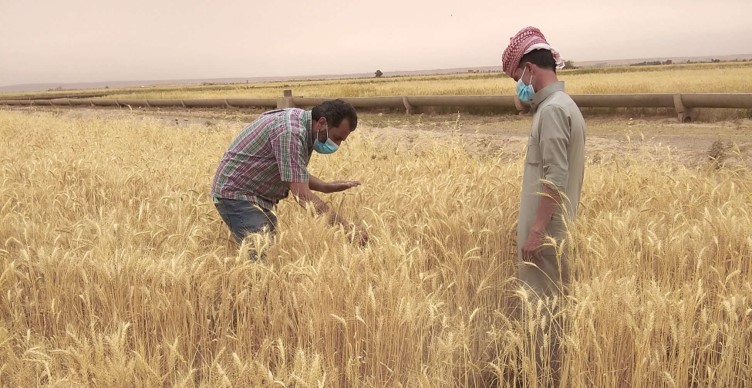 ACTED staff with a beneficiary during a follow up visit to his wheat land, Northern Syria

We grew up as farmers and we love our lands That’s why we were always worried about losing it. For us, the land is a heritage, and it is hard to see it being neglected or falling apart

As part of the contribution, all beneficiaries received several trainings on such as cultivation, planting and harvesting, plant growth and irrigation methods and schedule -to improve their harvesting skills and to introduce them to new irrigation practices.

This approach comes from ACTED’s interest in spreading environmental awareness tips, in addition to introducing farming methods that ensure high quality production and  ongoing and long-term resilience. In addition to the training, ACTED teams have conducted post-planting and post-harvest follow-up visits to monitor the activity, and provide technical support to the farmers as needed.

Considering the low precipitation recorded in Northern Syria over the past two years, along with the low water levels, farmers have been facing challenges with irrigation and access to water sources.

To address the issue, ACTED, through the support of CDCS, undertook the rehabilitation of damaged water canals in the area. The intervention benefited a total of 1,798 farmers, including the 464 families who rely on water pumping stations for their daily water supply for irrigation purposes.

Hussein* is a representative from the Agriculture and Irrigation Committee, he expressed his satisfaction with the intervention : “since the canals were rehabilitated, all the farmers finally have a water contributor that distributes water evenly to all the lands in the area.”

Before the intervention, most farmers relied on the surface wells, which are usually filled with salt water that negatively affects their land and crops.

“Before there wasn’t much water, now there is enough for all farmers,” stated Hussein

As part of the intervention, ACTED installed new solar power systems in two water pumping stations. The selected water stations relied on petrol and diesel, which were too expensive to keep the stations running. ACTED, with the support of CDCS, opted for a more cost-effective, durable, and environmentally friendly solution to pump water in the region. 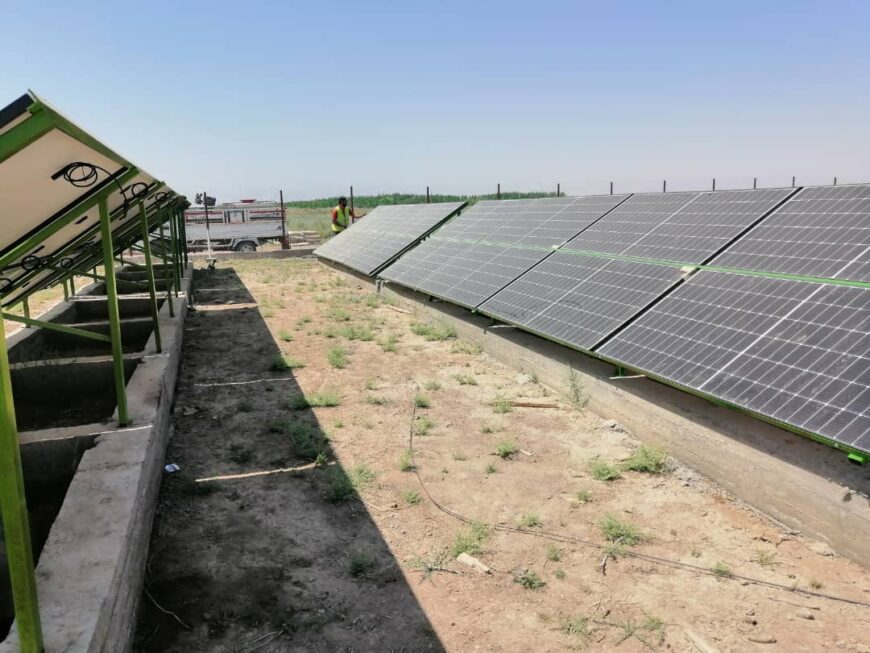 Ali* is one of the selected operators of the solar system.  He confirmed the positive impact of the intervention and its contribution to the reduction of the operating costs of the water station by saying:  “Before we used to depend on Diesel to operate the water station. We had to pay S.L. 50,000 every time we wanted to run the station, and this is an expense that farmers can’t afford.”

Training sessions on the operation and maintenance of solar systems were organised for the water station operators, to ensure the sustainability of the intervention.

“Thanks to this intervention, we can finally water the land with enough water and save the money we used to pay for maintenance and diesel,” said Ali.

*All names have been changed for protection reasons

This project has provided targeted community with continuous access to income and livelihoods. It has also enhanced their ability to meet their basic food needs, preserve their dignity and improve their resilience to ongoing shocks. Also, quality water became accessible at a lower cost, which also contributed to reducing families’ burdens.

Abbas’ story: The day to day challenges of a displaced family in camps

Supporting farmers in Northern Syria to overcome the drought

Mohammad’s story from fleeing to helping displaced people in Syria