Port-au-Prince, 4 April 2017 – On October 4th 2016, a category 4 Hurricane Matthew struck Haiti. The hurricane’s eye directly affected the Sud and Grand’Anse departments, but also caused important damages in Nippes, Nord-Ouest, Artibonite and Ouest. This disaster struck the country during a period of great vulnerability, after three years of severe drought, linked to the El Niño phenomenon, among other recurrent natural hazards. The food insecurity situation, already worrying in 2015 with 47.5% of the families affected in the drought zones (CNSA, 2015), has significantly worsened. Today, 1.5 million people are food insecure, and 280 000 are people severely food insecure, says the last analysis lead by the CNSA (National Coordination for the Food Security; 2017).

Hurricane Matthew had a particularly devastating impact on the food production: two thirds of the farmers underwent damages to their plots, two thirds lost at least three quarters of their stocks, and two thirds of the farm animals were lost. The massive destruction of the plants, harvest, seedling and seed stocks, of the irrigation systems and rural paths, the loss of basic equipment and the soil devaluation lead to the paralysis of Haiti’s food production systems. This is all the more worrying because the three most affected departments, Sud, Grand’Anse and Nippes, used to be the grain storage areas of the country before Matthew, and produced 85% of the corn, rice, sorghum, peas and beans national production, and almost 40% of the fruit production (CNSA, 2016).

To this must be added the consequences of Hurricane Matthew on families’ livelihood and capital, and therefore on their financial access to food. The destruction and loss of equipment had a direct impact on the populations’ means of production and on the destabilization of the value chain. Most of the population in affected zones lost their sources of income, in the farming, fishing, breeding and small trade sectors. At a national scale, farming accounts for half of the jobs, up to 66% in rural zones. The consequences on the family economy also affects the remaining natural resources on which the pressure exerted threatens its sustainability and therefore the ecosystem services.

Furthermore, families have been directly affected by the increase in food prices. The Hurricane devastated the yam, banana and black pea plots, usually harvested in October / November. These seasonal products were therefore barely available after the hurricane which forced Haitians to turn to imported products, leading to price increases of 15 to 20% (CNSA and MARNDR, 2016). Almost a quarter of families spend more than 65% of their income on food (CNSA, 2017), which attests to their great economic vulnerability. This limits their capacity to access other essential products and services and to relaunch and rebuilt their means of support.

These factors have led to the current food and nutritional crisis which continues every day to spread across the nation. Even if the emergency humanitarian programs brought a temporary relief to a part of the population during this difficult crisis, the lack of long-term structural actions dangerously delays the agricultural and economic recovery of the population as well as the rehabilitation of value chains

CNSA foresees that the crisis will last at least throughout 2017. Efforts need to be increased and focused on a consensus promoting coordination between actors and public institutions.

Today, institutions and national actors, supported by the signatories of this advocacy note, call for an immediate and collective action to quickly react to the documented gravity of the situation and to the predicted deterioration in the following weeks. All the stakeholders must come together in the immediate period to define a strategy for averting a new humanitarian disaster in terms of food and nutritional security.

– To structurally integrate the Risks and Disaster Management approach in all sectors and to acknowledge climate change in the national plans and investments.

– To systematize local actors’ involvement and partnerships, to support the efforts of these actors at a community and national scale, to ensure the adequacy of the programs with CNSA and MARNDR’s (Ministry of Agriculture, Natural Resources and Rural Development) recommendations.

– To support the development of a national land use plan.

– To prioritize the most vulnerable individuals (children under five years of age, pregnant women, handicap situation)

– To take into account household composition, gender and youth.

– To promote a sustainable and inclusive national seeds system.

– To ensure improved access to drinkable water and to sanitation infrastructures. 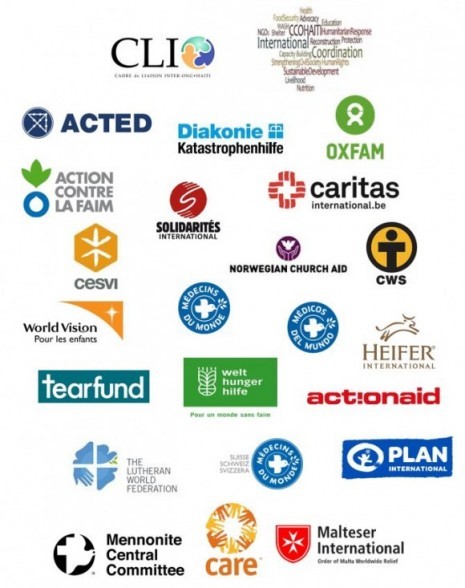 How do we limit the impact of disasters in a country with a very high risk index?