Port au Prince, November 21, 2019 – Humanitarian organisations in Haiti express their concern over the scale of the food crisis that has been confirmed by the publication of the results of the Integrated Framework of Classification of Food Security (IPC)* by the National Coordination of Food Security (CNSA) and the Ministry of Agriculture. Currently, 35% of the Haitian population needs emergency food assistance (3.67 million people). If no action is taken immediately, 4.10 million people will be affected by March to June 2020, or 40% of the Haitian population.

Rising commodity prices, the depreciation of the Haitian Gourde relative to the US Dollar, the ongoing drought, socio-political unrest and deteriorating security conditions have all greatly reduced access to food for the poorest households. They are forced to adopt negative survival strategies that are eroding their livelihoods.

Some areas are experiencing unprecedented levels of food insecurity, while humanitarian organisations and other actors are facing increasing access difficulties due to the deterioration of the security context. In the metropolitan area of Port au Prince, the proportion of the population in an emergency food crisis varies between 15 and 50%. In rural areas, the 2018 drought, which lasted until the first half of the year 2019, led to a decline in agricultural production of about 12% in many parts of the country. Rural areas in the departments of the North West, Artibonite, Nippes and Grand’Anse are among the most affected, and have the highest percentage of people in need of immediate assistance.

The absence of a major response during the next farming periods would have dramatic consequences for the food security of Haitian households. For the projected period, from March to June 2020, 12% of the population will be in a situation of food emergency (1.2 million people) and 28% in situation of food crisis (2.8) million people, representing 40% of the total population.

Based on the recommendations of the National Coordination of Food Security (CNSA), humanitarian organisations are launching an appeal to meet the identified needs in order to urgently ensure access to food for the most affected populations in the most appropriate form by prioritizing the acquisition of local products to avoid aggravating the economic crisis; and take immediate action for the prevention and care of people suffering from acute malnutrition, especially children. This immediate assistance must imperatively be accompanied by the reconstruction and development of the livelihoods of these populations, as well as the strengthening of the surveillance and early warning system for food and nutritional security in order to better anticipate future crises.

*The use of the Integrated Phase Classification (IPC) is a landmark in the fight against food insecurity. Widely accepted by the international community, IPC describes the severity of food emergencies. For more information: http://www.ipcinfo.org/ipcinfo-website/ipc-alerts/issue-14/en/ 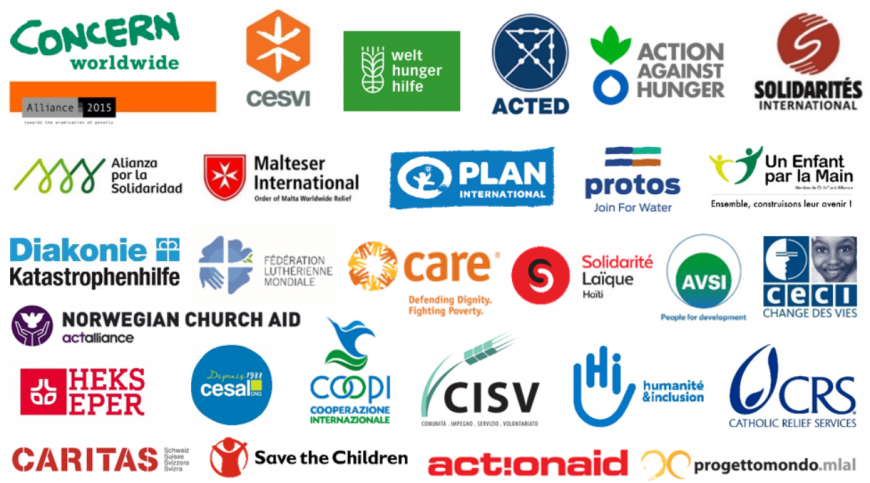 Improving the resilience for communities in Haiti

Mobilizing communities in the fight against gender-based violence