Almost six months after the blast which struck the port of the Lebanese capital, you can still see the improvised tents of the aid organisations who first set up shop in the wake of the explosion.

Much time has passed, and yet vulnerable families continue to visit these lifelines for food and shelter support.

A dire deadline hangs over them: In February 2021, the Lebanese State may remove existing subsidies for food, electricity, and medicine due to the deep financial crisis. There is justifiably a great amount of fear regarding how things will look then.

For this photo story we spoke to Beirut residents whose houses had been affected by the explosion to see how, amidst all the challenges, they are coping with the ongoing reconstruction.

people were displaced in the blast of August 4th, 2020 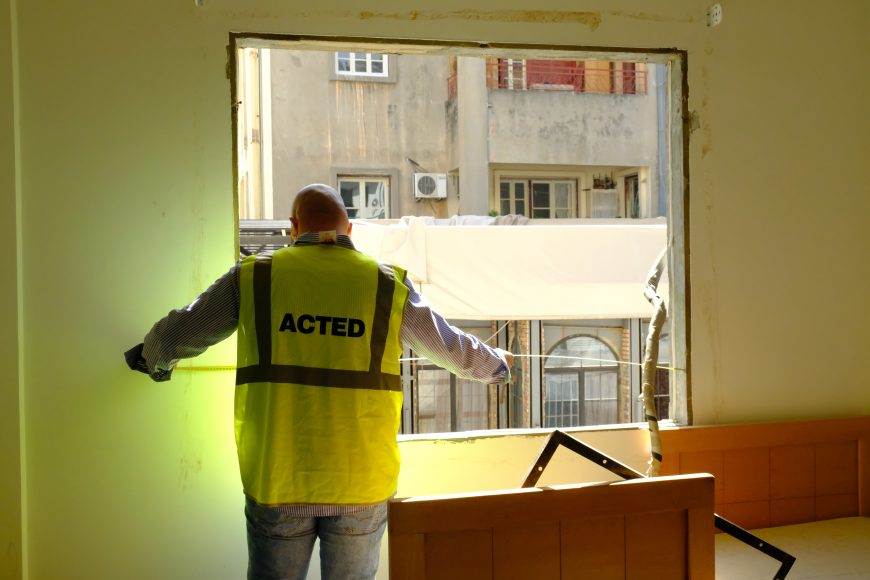 The explosion was so strong that at first, we thought they bombed the Army base right behind the building 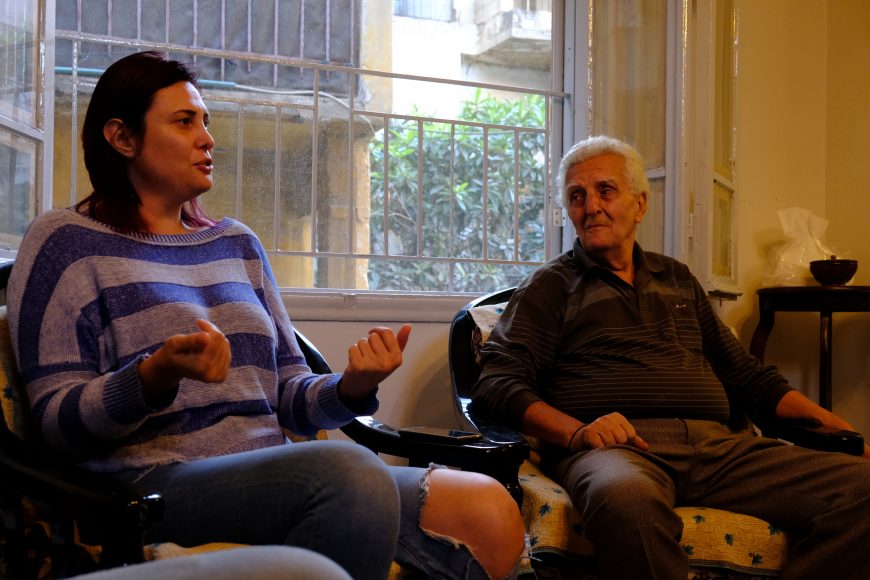 “Our windows exploded, and all of us had minor injuries. We were afraid that the building would collapse on us so we went downstairs to wait with everyone else,” she added.

On the day of the Beirut blast, Maya was with her parents at home while her brother was working in Gemmayze, one of the areas closest to the epicentre of the explosion. She now describes him as one of the survivors.

Maya’s plans to move to Armenia were canceled because of the war and their lack of resources, leading her to feel blocked here. “Here in Lebanon, we survive. Even if you have plans, you will not be able to make them happen”.

Maya has lived with her parents and brother since the quarantine started. She lost her job due to the pandemic and the ongoing economic crisis in Lebanon. Immediately after the explosion, different organisations helped people and assessed their needs. ACTED intervened for the shelter rehabilitation, addressing structural damages such as broken windows and ensuring the overall quality of works. “We are happy that somebody came and helped us to fix the house because we couldn’t have afforded it.  And winter is coming, last week it rained inside on top of us.” 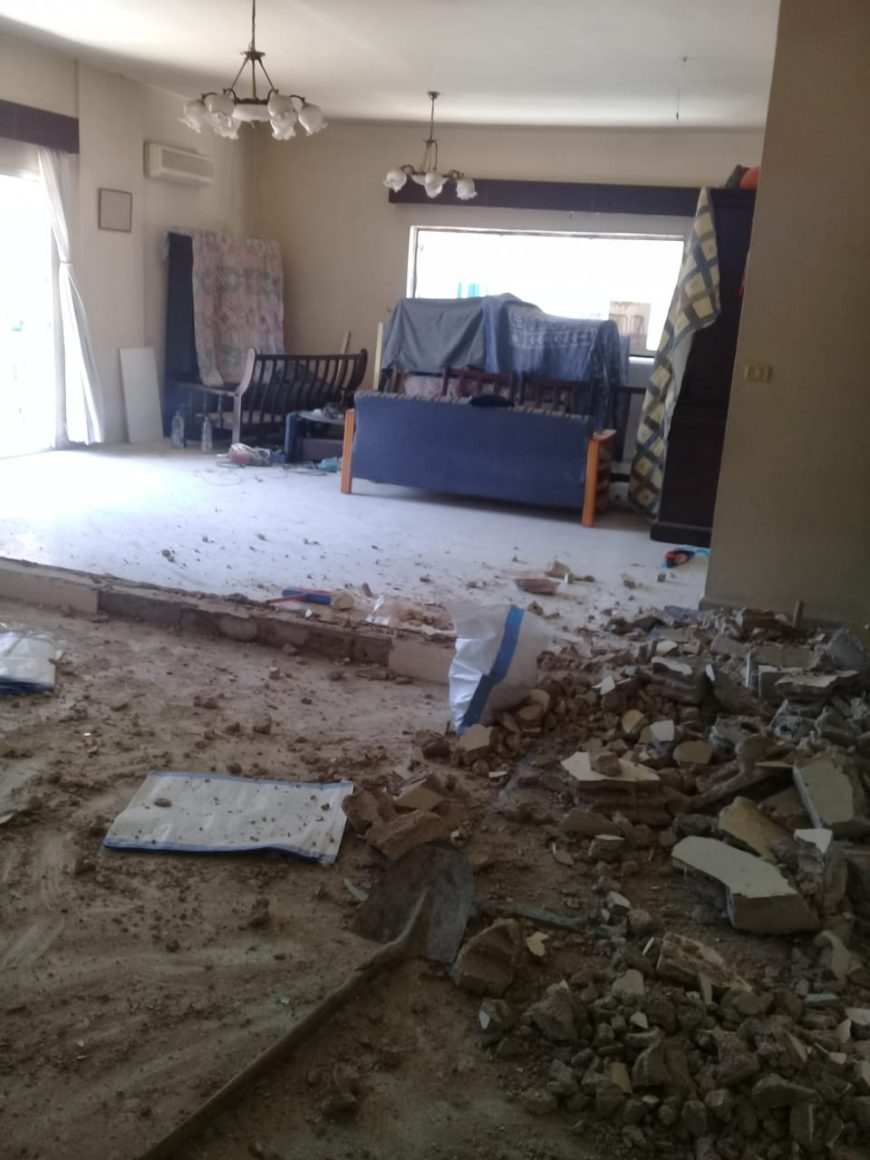 In the explosion, the wall separating Nour’s apartment from her neighbors’ collapsed, forcing the two families to share a living room for two weeks.

She feels lucky, the wall could easily have fallen directly on them with far graver consequences.

Nour was at home with her family, when the explosion occurred, showering them in broken glass. Her daughter-in-law and grandson were taken to the hospital and rapidly recovered as their injuries were minor.

Nour and the rest of the family stayed at home due to her sister’s disability, she couldn’t walk and it was complicated to mobilized a wheelchair while there were rubble and glass, also when the elevator was out of service due to electricity cuts.

The living room wall got fixed quite quickly after the blast. Nonetheless, door frames, windows, and other house appliances had to be replaced. ACTED is working to replace broken frames and windows, repair taps, install ramps to facilitate the wheelchair’s movement, and repaint the house. Thanks to this final intervention, Nour is hoping for the house and her life to get back to normal soon. 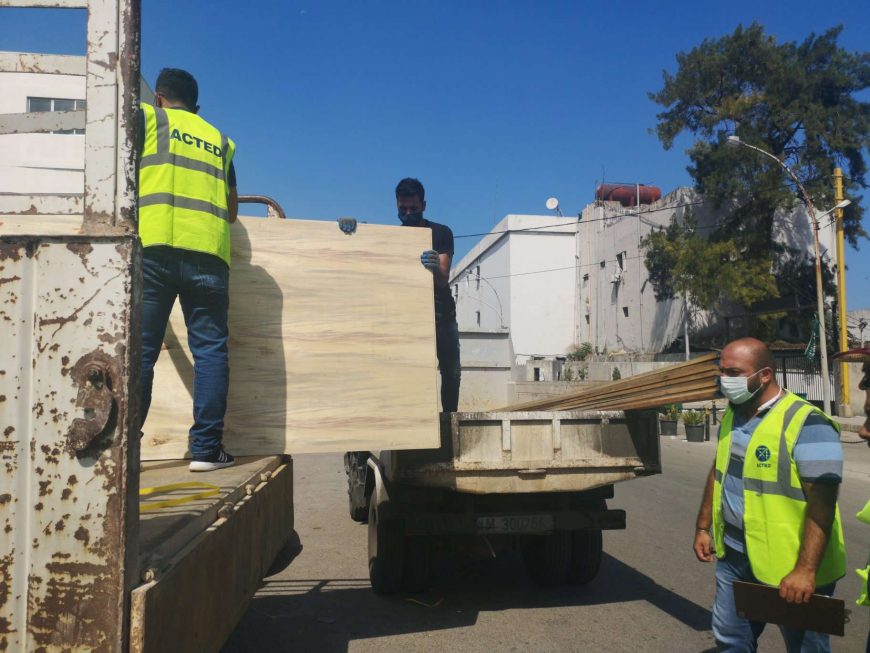 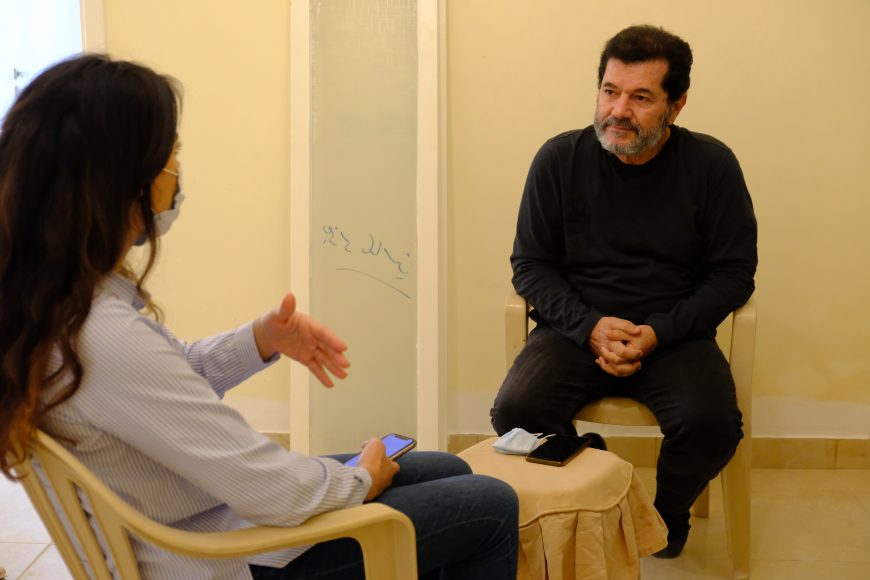 Ahmad and his family left Beirut one hour before the blast which blew in their ceiling, broke every window and strew their appliances across the floor.

“If I had been here with my family, we would be dead,” said Ahmad.

While lucky to have escaped physically unscathed, Ahmad was very affected by the loss of memories the house carried. His family had lived in this apartment for two generations, and Ahmad spent his whole life here. Seeing the damage was particularly emotional for him as his mother had just passed away; the house represented her memory also, and it was now covered in rubble, dust, and glass.

Ahmad was supported by several organizations to rehabilitate the apartment. Spinney’s Foundation fixed all the windows, and ACTED is rebuilding the bathroom, kitchen, and doors. Even though his work as an actor was deeply affected by the ongoing economic crisis and the pandemic, as has been the whole entertainment industry, Ahmad stays optimistic. He is hoping to return to his normal life soon. 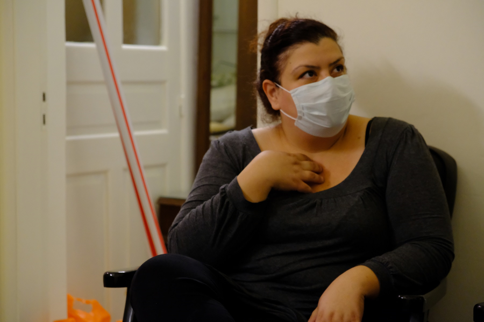 “We are on the first floor of a six-floors building which collapsed from the explosion. I do not know how I survived,” said Sara.

Royal lives in the heart of Mar Mikhail where she cares for her parents. On the days of the explosion she was at work in Achrafieh. The memories are hard for her to express, particularly when it comes to describing the moment when she arrived home and saw her mother covered in blood. Fortunately, Sara’s parents are now recovered and staying outside of Beirut.

Sara received help from four different organizations to fix the house which she described as ‘falling apart’. Each of the NGOs helped her family with different things in the house: walls and tiles, glass and doors, furniture fixing. ACTED is finalizing the repairs by fixing the electricity, replacing the last broken doors and repainting the walls.

Besides the house’s rehabilitation, Sara also has to organize the repairs at the lighting company store where she works. Given the delicate nature of the shop’s contents, all the items – including the stock – were destroyed, putting the company in a very difficult situation. Her job and the job of many others depend on the rehabilitation of the office, but she is struggling to find support as NGOs and private foundations are prioritizing small businesses.

Sara hopes the house will be ready for her parents to move back in in the next two weeks, as they are currently staying in a village where the temperatures are getting very cold. “Working with ACTED has been very good and helpful. I know they are helping a lot of people, but they manage to keep everyone satisfied.”

Since August this year, ACTED’s engineers have assessed 458 houses to ensure they are safe for habitation and provided recommendations on required rehabilitation works. Work on 278 total houses have been completed with 66 ongoing.

ACTED has also established a reference hotline to connect families with other organizations who can provide further assistance in the form of: Cash for rent, food assistance, education, medication and health support. 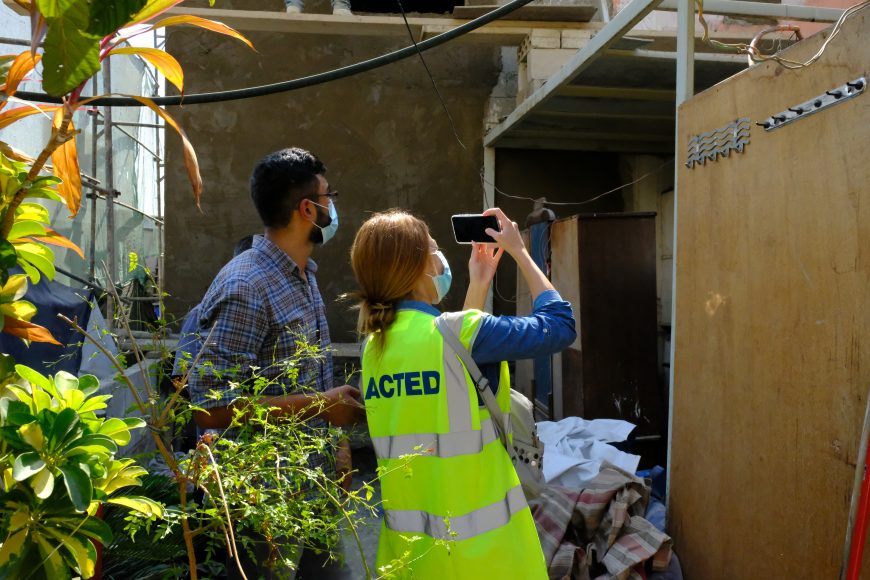 ”White Smile to Wear”: Reaching out to children of vulnerable neighborhoods