Raymah in the eyes of Yemenis

In 2013, Yasser, 38, started to work as a field manager in one of ACTED’s project in Raymah governorate, which was the first time he saw Raymah.

“Mountainous villages that, despite any first glance, make you think that the distance between them is short, but, practically, you will have to descend down mountains and climb up others to reach to a village,” he said.

However, “Raymah villages make every single step worth it, with its houses and sun rays peeking through the misty atmosphere here and there on the mountain tops,” he added. Raymah is a green land, he continued, “But the strange thing about that is the ability of tall, green plants to grow when surrounded by rocks. If they just find a small circle of soil, their roots will grow.”

The people of Raymah are very similar to their land.

They have pure, strong hearts that can handle life under hard circumstances. Most of them are rooted in this land and are willing to do whatever it needs for them to build it up.

Yasser’s perspective about the people of Raymah has come about from his interaction with them since 2013, when ACTED’s partnership with EuropeAid and people in Raymah began a coffee production and water usage initiative, as part of a project to safeguard rural food access in the Governorate.

The multi-year project worked with communities in Raymah Governorate to establish eight Coffee Producer Associations (CPAs) and eight Water User Associations (WUAs) and build their capacity to develop their livelihoods opportunities through coffee production and improve their access to water for agricultural use. 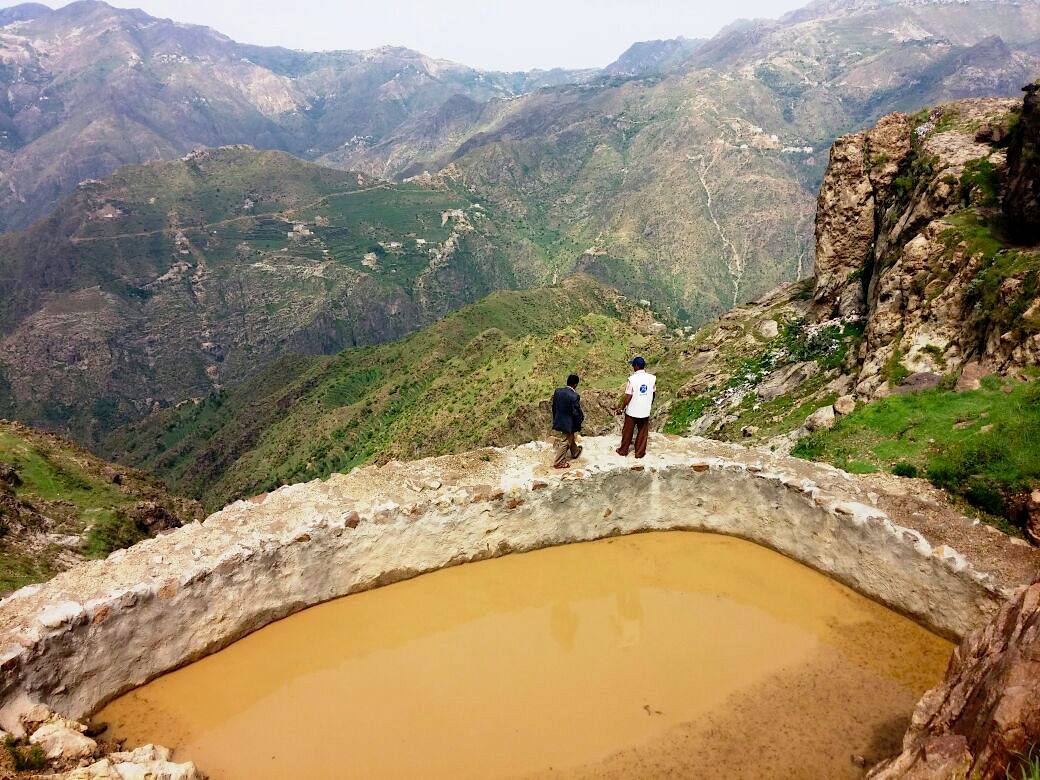 Each association is a self-sustaining body that can provide farmers and communities with access to training and skills development that will encourage economic gains through communal agricultural irrigation projects that will subsequently increase and sustain agricultural production. With support from the Crisis Centre of the French Ministry of Foreign Affairs and International Development (CDC), the project has continued over 2017 under the title “From Mountain to Market,” though more focused on harnessing the advancements made during the EuropeAid project and further increasing market-oriented opportunities.

“This type of project is unique and different from any other projects by ACTED or other organisations working in Yemen,” Yasser said. While he noted that 2013 was drastically different, in terms of context before the current conflict, sustainable livelihoods, poverty reduction, and inclusive economic growth are more important now than ever before, especially because of the conflict.

Before the current conflict, Raymah was considered one of the most rural and agriculturally-focused governorates in Yemen. However, the fragile livelihoods and limited income-generating opportunities were reportedly primary drivers of the high poverty rates. The 2013 Humanitarian Response Plan indicated that the agriculture sector, which constitutes more than half of the workforce in Yemen, has been hampered by under-development, inadequate practices, and a lack of investment in necessary infrastructure.

In Raymah, there are many streams that do not reach all the farms scattered across mountains or valleys. “This has led to a strong dependency on seasonal rains and flooding rather than irrigation,” said Yasser.

“Depending only on rain made Raymah’s coffee production chain smaller in comparison to other areas in Yemen,” he explains. Initially, “application of bad practices in gathering, sorting, drying and storing coffee grains led Rayamh’s coffee value chain to lose its reputation for quality coffee,” he added. According to him, there are many water facilities established in Raymah that suffer from of lack of maintenance and administration. To address this, the project design established associations to take on responsibility of these issues.

The role of women

In Al Jafaryah district, Yusra, 27, widowed and living with her four children, used to be a teacher. However, with the lack of support to the education system, which has all but collapsed entirely in Yemen, has sought work in the agricultural sector. “My favorite part of cultivating coffee is harvesting the beans,” she said, “it’s always a joy for me as well as for all workers to see the result of our hard work fruited.” However, she did note that “the traditional and old methods used by my father are not the best practice. Those techniques do not meet the needs or potential of coffee production in Yemen today.”

Yusra attended meetings for association preparation committees that would in turn establish the CPAs and WUAs. During these meetings, Yusra was elected to be the officer of women empowerment section in Al-Aqeeq Cooperative and Agricultural Association for Coffee producers, as she felt a push to “provide more encouragement for women to play a larger role and to hold more effective positons in the community.”

“Women are an essential element in the coffee value chain and are generally more involved than men in almost every agriculture phase,” Yusra said. “They are spending more time than men in preparing lands, in seeding, harvesting and storing crops. But their absence is noticed in marketing and in any money-related aspects of the sector,” she added. 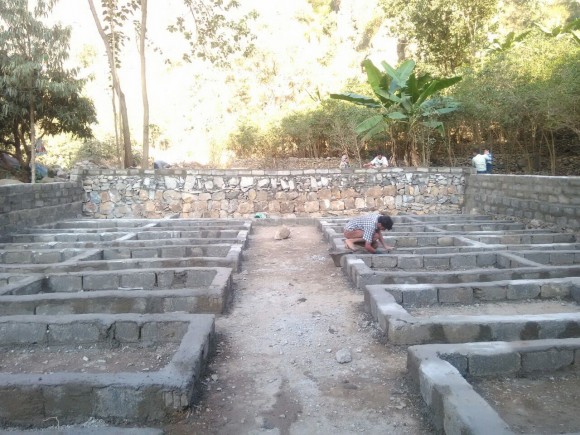 Her association, Al-Aqeeq Association, as well as all other Coffee Producers Association, received small infrastructure grants of about 10,500 euros per CPA with EuropeAid and CDC support. This supported projects, such as the creation of coffee tree nurseries, post-harvest distribution centre, and water tanks. Al-Aqeeq used the grant to build a coffee laboratory for the people.

“The coffee laboratory is a tangible evidence that things could be better,” Yusra said, “It gives people hope and incentives to improve their work and their life.”

Yusra, along with all CPA and WUA board members, attended gender mainstreaming trainings that ACTED jointly held with Yemen Women’s Union – Hudaydah. Following this, Yusra began to raise awareness in her community through awareness, discussions, and recommendation sessions. She also worked to build her role in the association, participating in the workshops that ACTED organised to increase the linkages between the CPA farmers and the coffee value chain. The exchange visits for CPAs within Raymah and externally in Sana’a helped her to link, learn and to take an example from other associations, especially those associations that are run by women.

ACTED is the only organisation currently supporting coffee farmers and is maintaining this commitment to support the coffee value chain in order to stabilize livelihoods as rehabilitation and recovery unfolds. As the associations and farmers have ambition and a clear way forward, ACTED has continued to support the associations with CDC, through the unionization of the CPAs and WUAs in order to optimize opportunities that represent farmer rights and interests in coffee production.

Yemen: “This road is like a lifeline for us.”