Isolated in the low rising mountains on the Gulf of Aden, Yemeni families displaced from Al Hudaydah as a result of the protracted conflict have been living in dilapidated and unfinished housing for over a year. Poorly sheltered from the weather, they experienced further hardship following the unanticipated flash flooding in early April.

ACTED is responding through the provision of shelter materials to support more than 1,500 vulnerable people worst affected by the flooding. 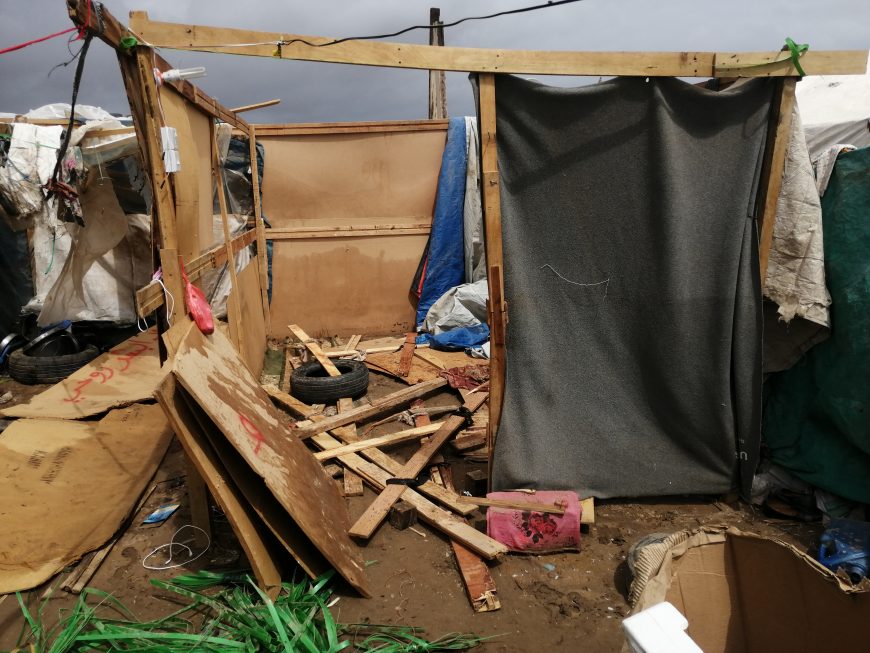 Existing shelters offered little in the way of protection from floods.

The impacts of the ongoing war in Yemen are far-reaching, with almost no region, community or economy sector left untouched. Those forced to trade their homes for tents and ill-constructed buildings in informal settlements remain the most vulnerable, with little financial means to meet their basic needs let alone invest in renovating their shelters.

In early April, Yemen experienced flash flooding across eight governorates which affected over 4,000 families. Due to the poor construction quality which characterised many of the informal settlement, the damage wrought by the rains was considerable. In the districts of Bureiqah and Dar Saad, in Aden, thousands of homes were inundated. Families who fled the torrential downpours returned to find their homes flooded, clothing and blankets ruined and household items missing. 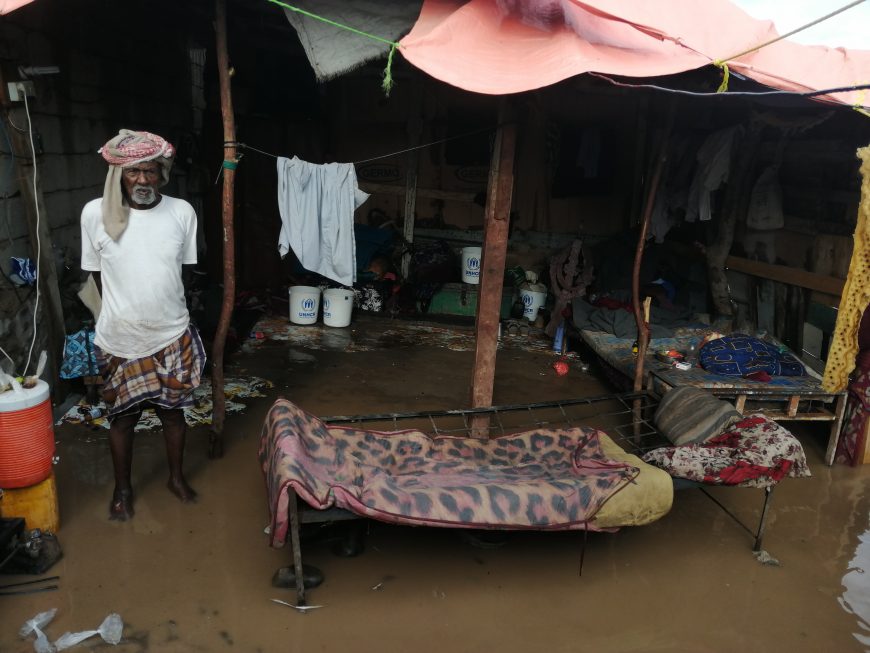 A man stands amidst the flood water

Following the flooding, ACTED rushed to assess the floods’ impact on those living in settlements in six districts across Aden. These assessments showed that over 1,500 people lost their belongings and were desperately in need of new shelters, many of whom could not return as little remained of their homes.

Rania[1] is one such person. Fleeing from Hudaydah over a year ago, she lived in Aden with her family of five in an unfinished, bare brick room totally lacking a roof. When the rain came her living space was waterlogged, making her family’s return impossible. “We lost many things during the flooding and had to move in with my neighbour because we had nowhere else to go. They weren’t affected as badly as us as they have a proper roof but the conditions are cramped and there is not much space.”

Being forced into cramped living conditions with relatives and neighbours puts people at further risk to violence, diseases and illnesses, potentially including the Covid-19 virus.

[1] Name has been changed

To support the 1,500 families facing shelter emergencies, ACTED partnered with IOM to distribute shelter kits containing tarpaulin, planks of wood, rope and other essential items to allow families to construct or fix their shelters.

With the support of ACTED’s engineers, families were able to build sturdier structures to provide protection from the tumultuous weather of the rainy season. The new housing is one important step in providing Yemeni communities with the basics and helping them to get back on their feet, particularly with no end to the war in sight.

“We really needed this,” Rania said. “Now we can move back into our own place and do not worry too much about the rains. We lost many things and the life is hard, but having a good shelter helps.”

As part of its ongoing support to these communities, ACTED plans to provide further shelter support and increased water and hygiene assistance to the families living in Aden settlements. Starting in late April, ACTED will distribute hygiene kits to families living in the tents and conduct hygiene promotion which will replaces some of the items families lost in flooding and reduce the risk of diseases such as cholera among the communities. 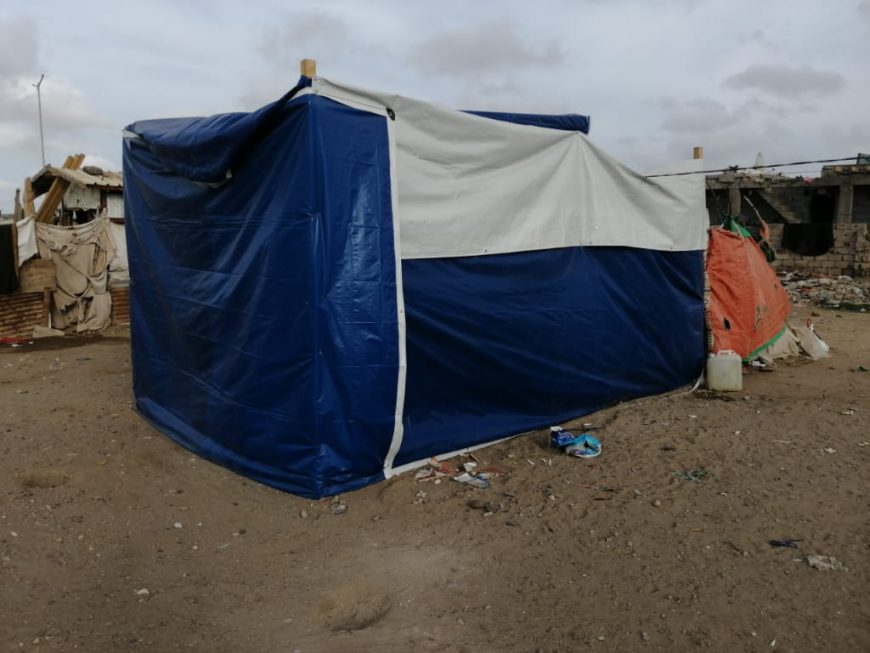 The construction of new shelters begins.

Through a consortium project implemented with Danish Refugee Council (DRC) funded by the European Commission (ECHO) and in partnership with IOM, ACTED was able to respond to this emergency, bringing shelter kits to support more than 1,500 vulnerable people most hit by the spontaneous flooding.

As the site coordination and management agency in 25 settlements in Aden, ACTED is responsible for overseeing the sites and providing support either directly or through other organisations.

ACTED’s strategy in Yemen is based on 3 pillars: ADAPT, RECOVER and THRIVE. Under ADAPT, ACTED first understands the situation using local knowledge, then coordinates a response with local authorities, humanitarian partners and clusters, before responding to the remaining needs of displacement-affected populations, IDPs and host communities alike.

ACTED continues to respond to the needs of Yemeni people during the Covid-19 crisis and has introduced practical prevention methods so that staff can continue to reach vulnerable people. The teams include safety measures like wearing protective masks and gloves and instructing the beneficiaries to queue along markers, spaced at a safe distance to limit the chances of spreading of the virus while still providing support to the most vulnerable.

Joint INGO Statement on the Escalation of Fighting in Hodeidah

Raymah in the eyes of Yemenis