Our communications team recently got the opportunity to visit Chad in north central Africa, spending a week with our staff who work with the rural communities just east of Lake Chad.

As photography is quite restricted in Chad for security reasons, this photo story offers a rare glimpse of daily life for herders and farmers in the Department of Wayi. 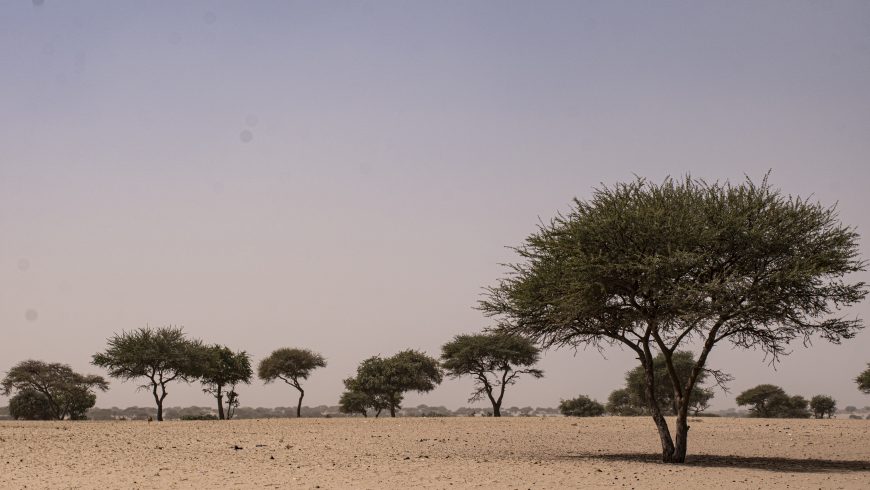 Just two minutes of driving outside of the capital, N’Djamena, the road falls away to dust. We head north towards the lake region, stopping on the way for some camel meat, eaten under dried bark canopies.

Dunes swell up on either side of the road. Trees are dehydrated to their bones. The local fauna is humped and locked in a permanent curtsey on the ground. 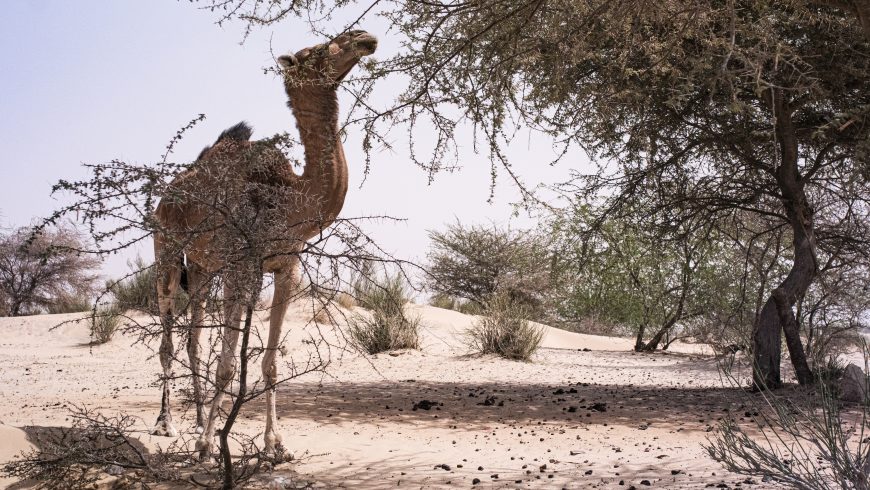 An angry sandstorm is kicking up and visibility drops to less than one hundred metres. It is twilight on the moon.

The light begins to fail as we pull into N’gouri, a small town of single storey mud houses forged around a central market and barren football pitch. Loose doors are crashing back and forth from the wind. Our compound is taking a voluble battering.

An unfriendly chicken guards the entrance to our kitchen and his doom. 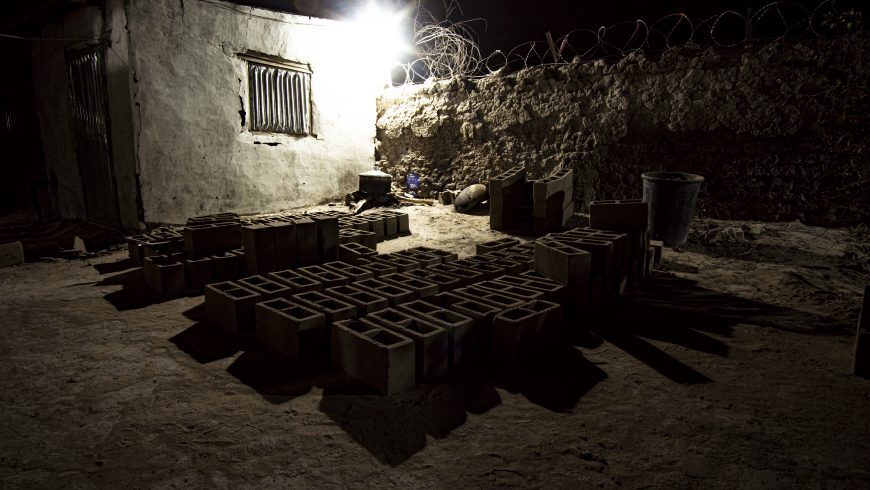 The N'gouri compound at night

Why are we here?

Despite a growing oil trade, in 2019 Chad remained at the very bottom of the Human Development Index, placing 187th out of the 189 countries included. The country continues to struggle with an internal conflict with Boko Haram which is concentrated around the lake region and the western border.

As most people rely on subsistence agriculture for their survival, time is measured in days until the next harvest. However, even before we factor in the threat from locusts, families have to make it through a lean season of three to five months between harvests, pushing many into food insecurity and debt. Thus organisations like ACTED step in to provide money so that parents can keep their children in school, feed their households and access medical clinics.

The next day we visit Djigdada, meeting with the local representative. He tells us about the struggle against locust swarms and we get a tour of the area. 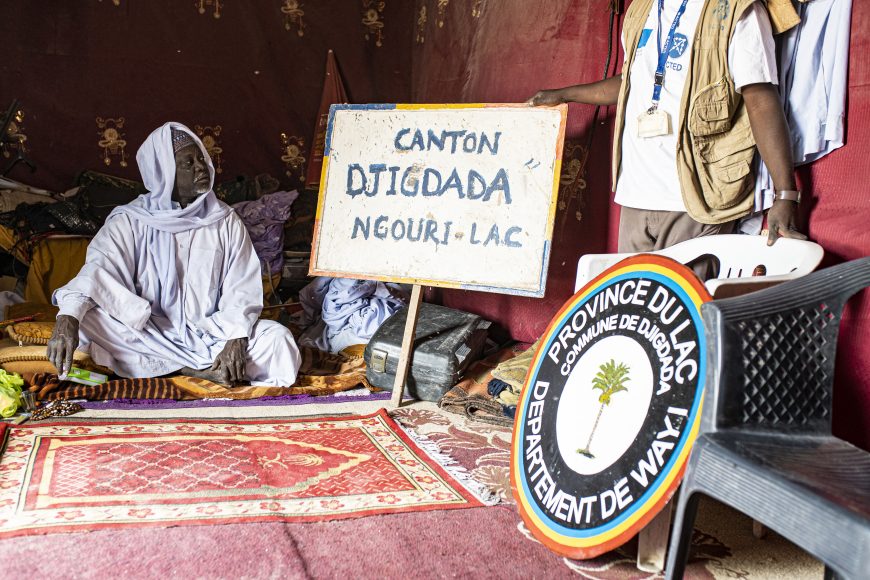 The sky goes pure white from the dust. Women turn their faces against the wind as they pump water from the well. 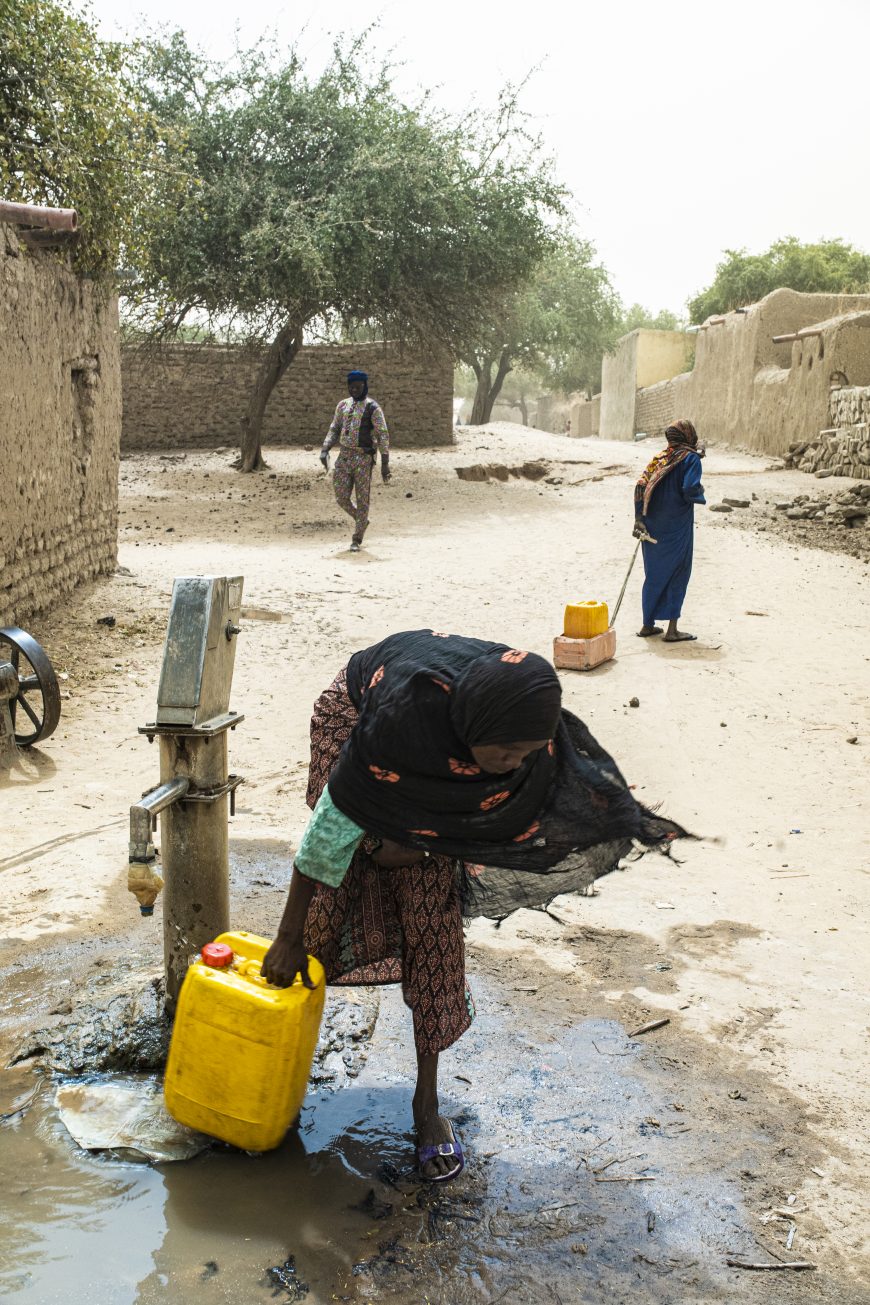 Women collect water in the village of Magalma

On the way back to the compound we descend a dune into a wadi. Despite the fact that these wadis are hundreds of metres across, you have to be on top of them to even notice their existence. Wadis offer small strips of cultivable land amidst the dunes. 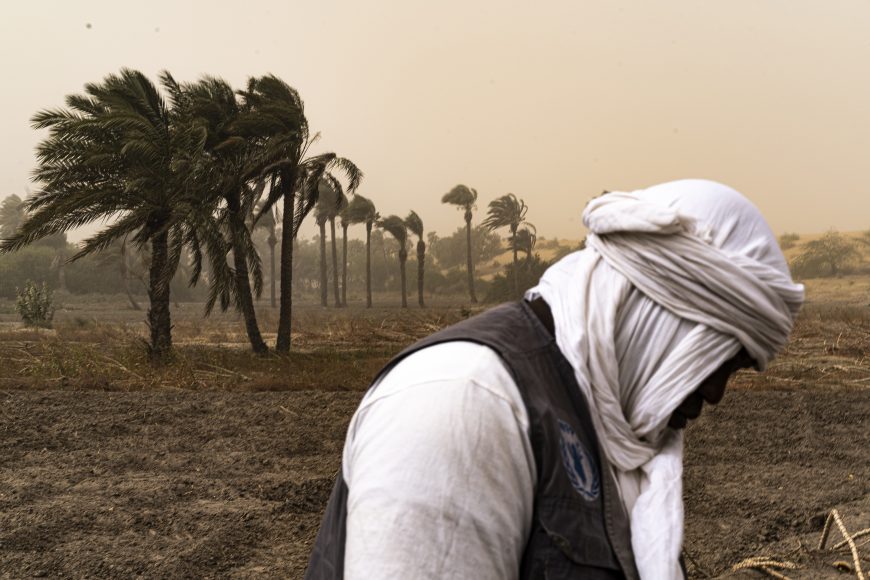 A member of the ACTED team braces against the sandstorm in a wadi.

Mbodou farms this wadi growing vegetables. He shows us the pump he uses for irrigation but he is out of fuel. 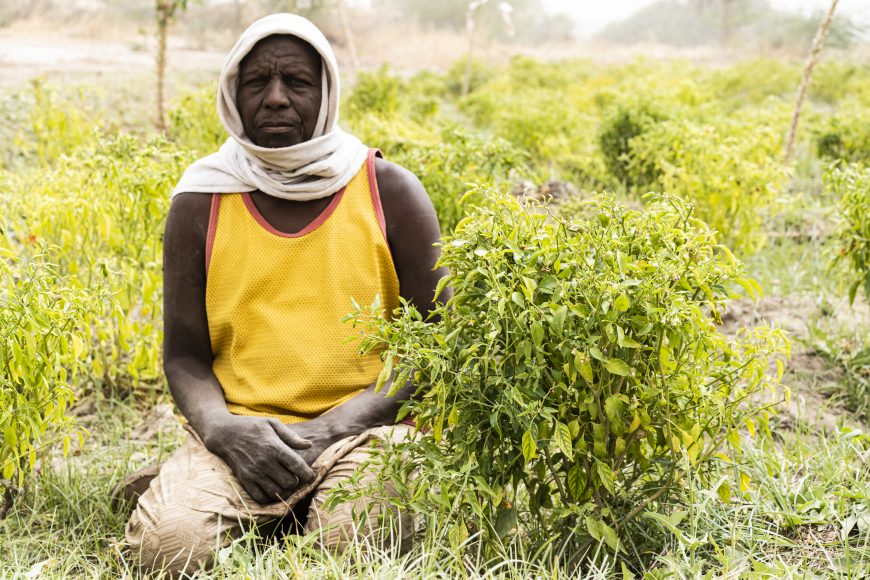 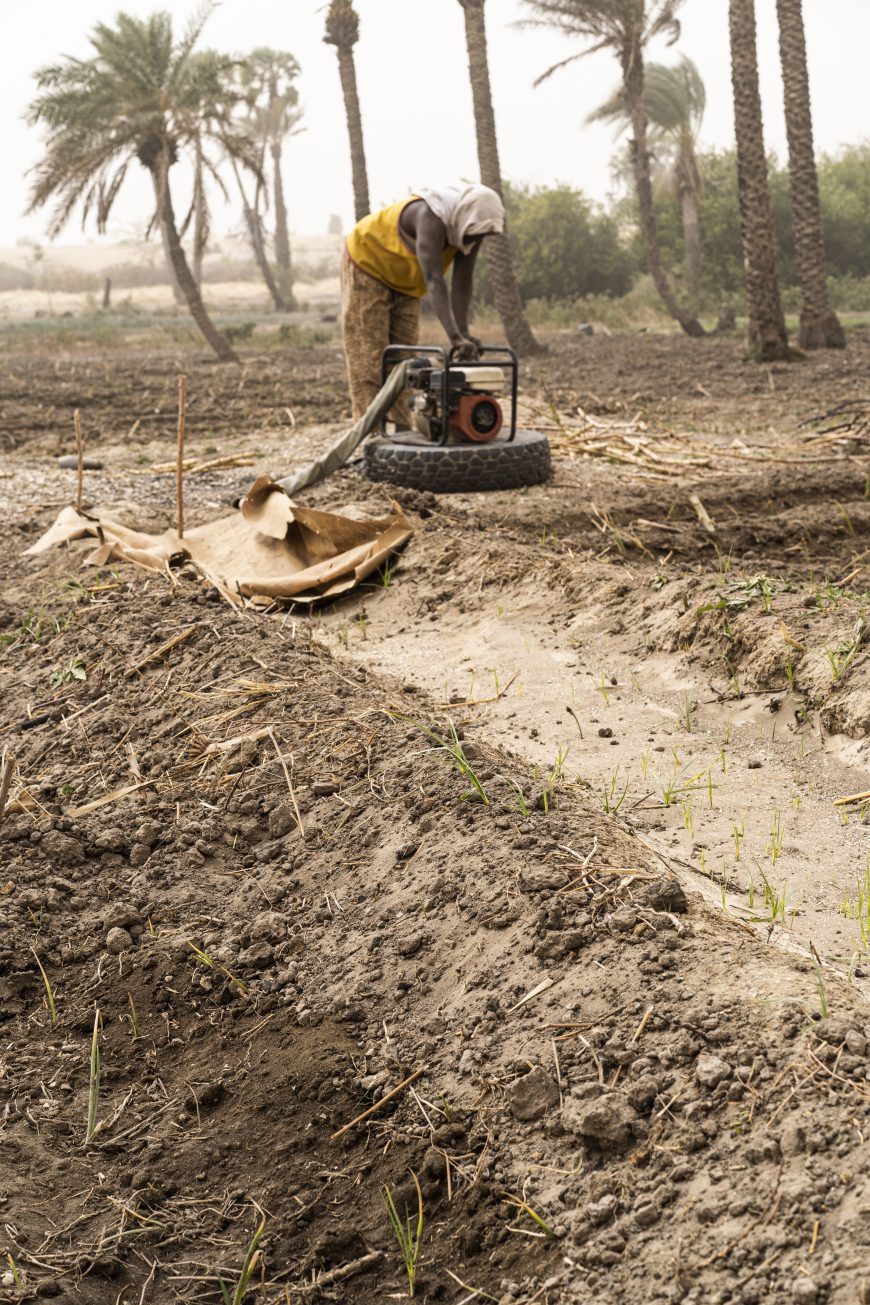 We move on to Mabou village. A group of village representatives and family members sit down with us on a thin canvas for tea. 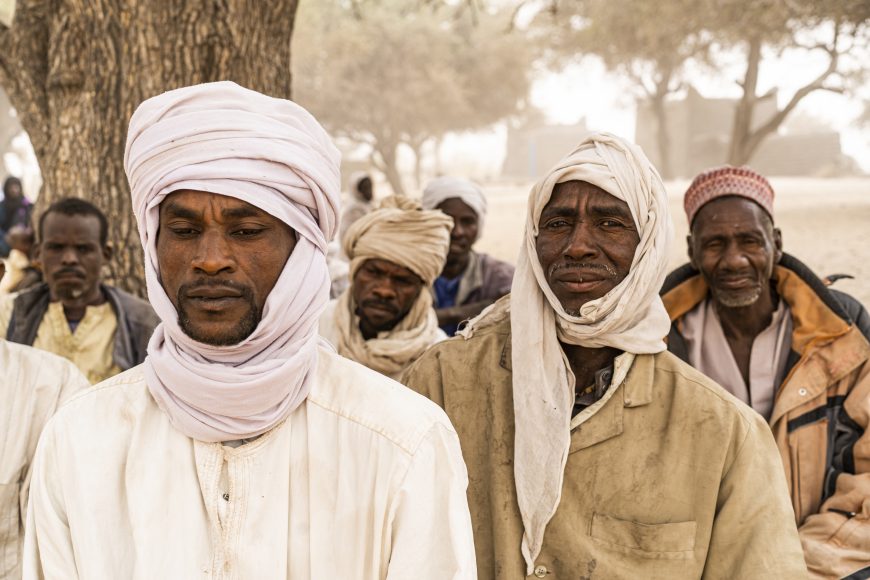 Zana, a recipient of ACTED cash assistance is called over and sits with us in front of her thatched house. Her purple shawl projects her out of the monotonous sepia surroundings. Her two children rest at her feet, habituated to the families of flies which attach themselves to anything that breathes. She talks about having to cut back on her meals during the lean season. 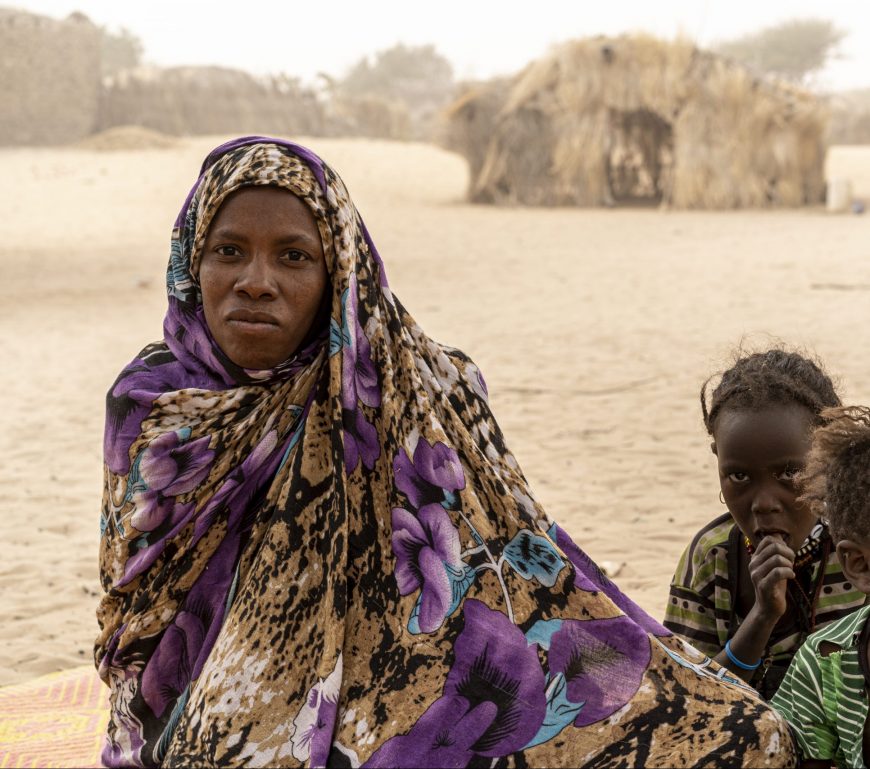 We return to the compound for the evening. As the dust drops from the air the stars descend on all sides and the whole compound feels like it is floating in orbit. 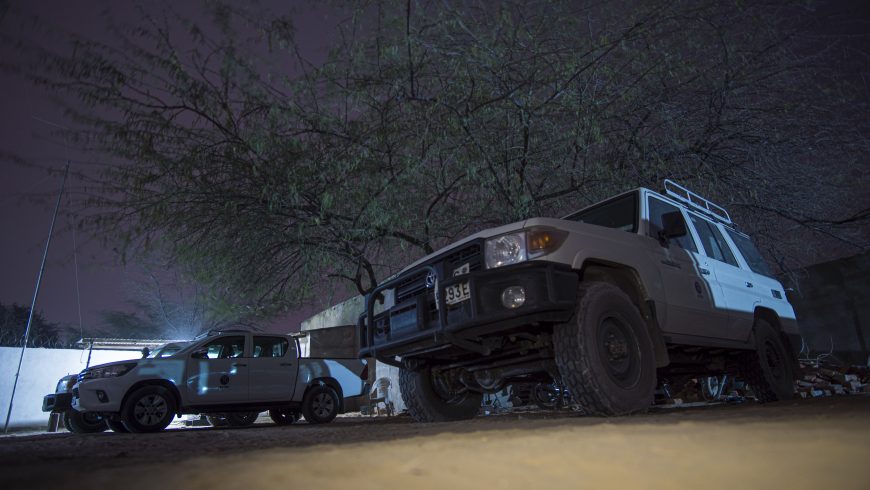 The next day we head out to visit a nearby school. Two rooms under a roof. No chairs or desks. Children are divided into rows using a bedframe with four wooden beams slid across. I hate maths, and in this heat I hate it even more. The kids seem to be loving it. 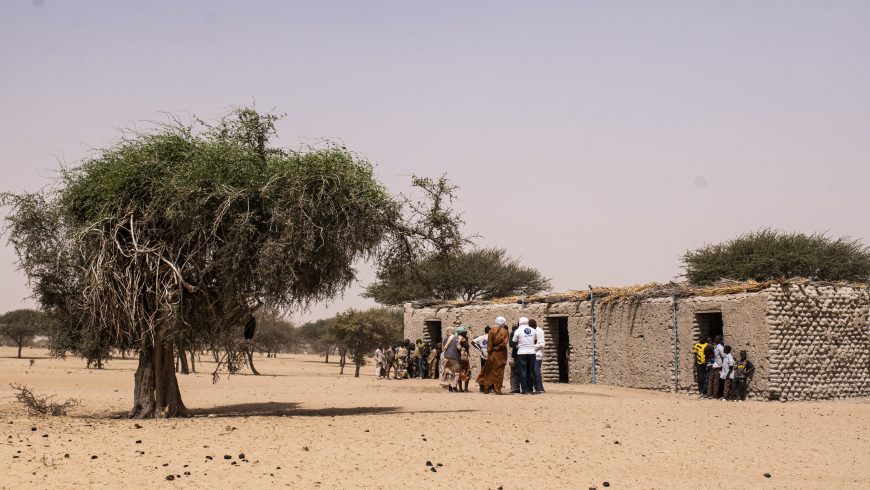 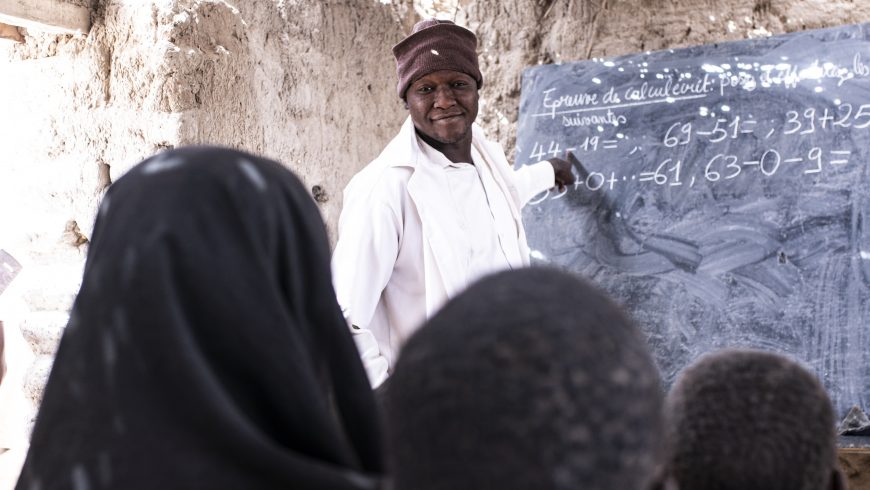 Deep in the outback we pull up to a medical clinic pulled straight from a Sergio Leone film. The bodies of snoozing lizards obscure the writing on the sign outside. At the back of the clinic I walk over piles of discarded syringes and bottles used in vaccination campaigns.

Every so often a body would appear out of this landscape in the direction of the clinic. 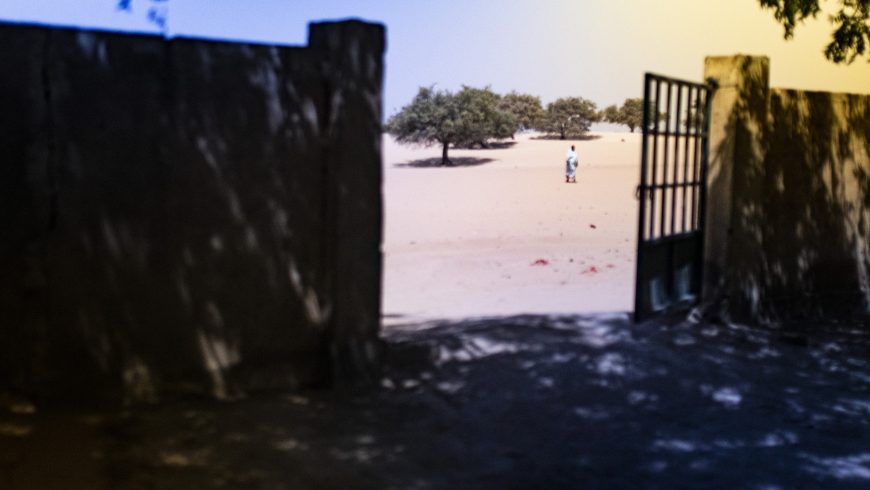 Inside we speak to Doctor Dingao Hubert, who tells us about malnutrition levels spiking in the lean season. There is no state safety net guaranteeing medical access in Chad so every visit to the clinic has to be paid for. Many of our beneficiaries used their money in this clinic. 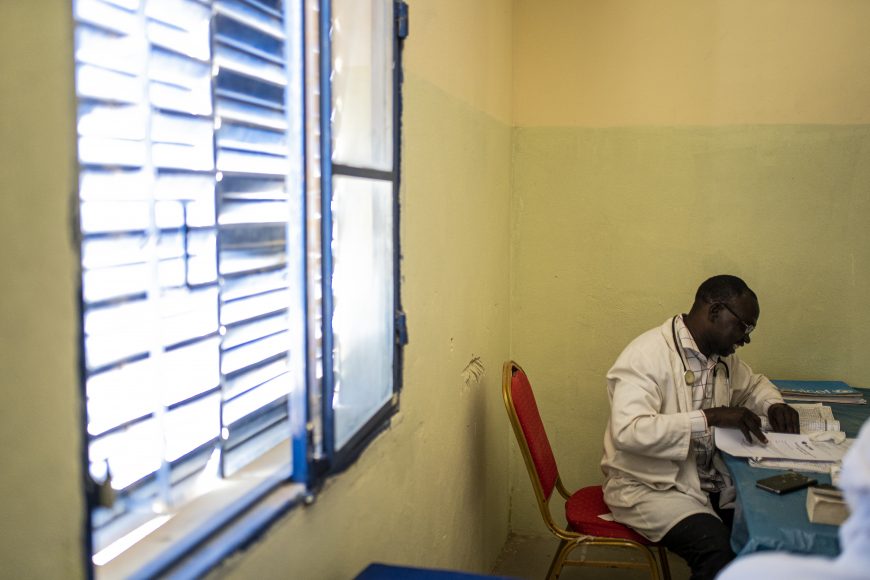 On the last day we visit a major local market. A sea of children envelopes us from the beginning and swirls over the landscape as we move.

Donkeys contort themselves into circles with each resting his or her head on the back of the next donkey. Herders stand around talking. 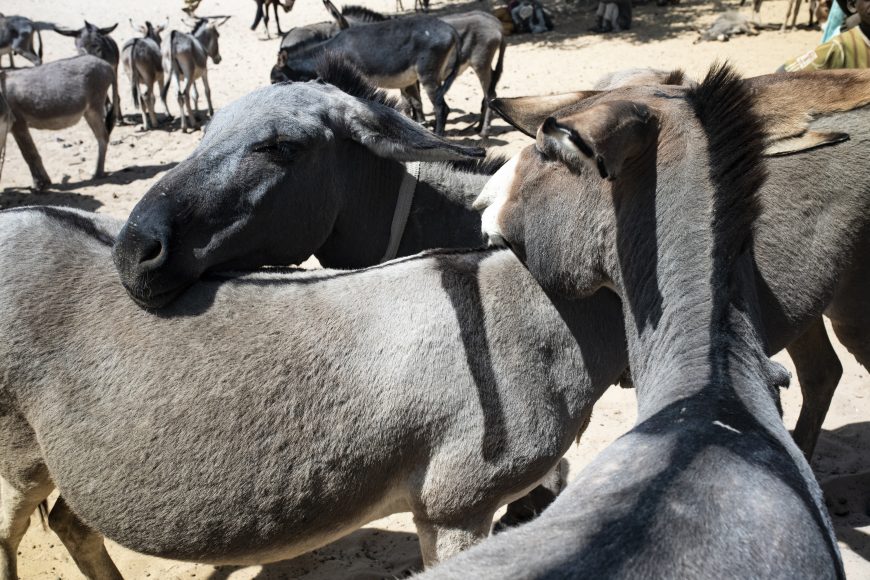 The traders work a great deal on trust. As families struggle to pay, there is a culture of charity here whereby payment seems to be deferred as often as it is forgotten. Many of the sellers sit next to a single bowl of maize or small slab of bloody meat and freely talk about relying on humanitarian aid themselves on a regular basis. 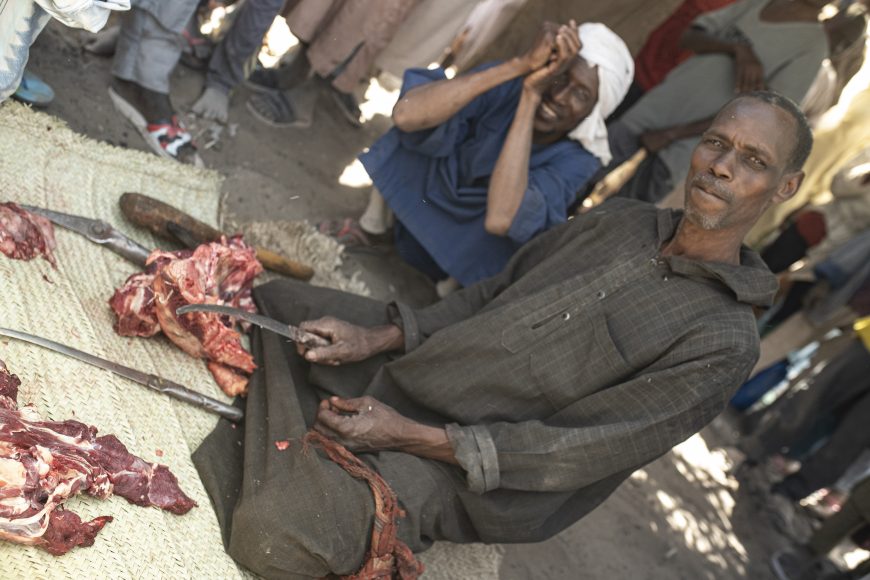 Ali Maina at the market of Djibinintchi 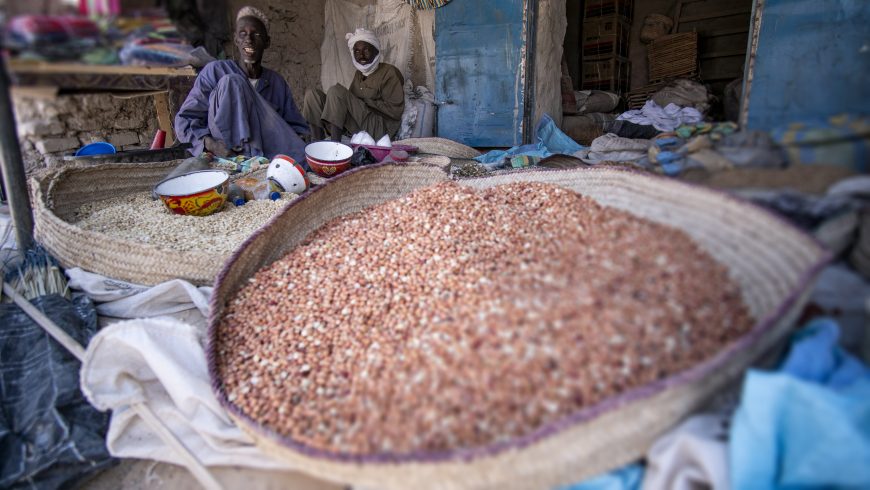 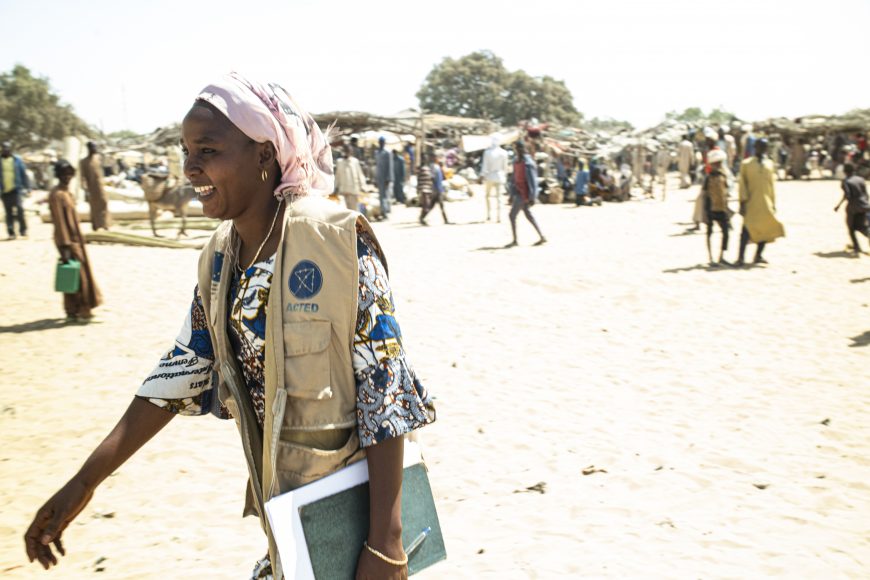 ACTED has been working in Chad since 2004, now operating in the Lake Chad and the Eastern Batha regions as well as in the capital, N’Jamena, with a coordination office in N’Jamena and operational offices in Oum Hadjer and Ngouri. The teams are implementing an integrated response to the multisectoral needs of the population affected by structural challenges and cyclical shocks. In order to respond to these challenges, ACTED implements activities to respond to humanitarian emergencies, tackle food insecurity, improve access to water, hygiene and sanitation and strengthen local governance and sustainable economic integration.