The disaster had been previously announced, hence the Lake Chad Basin Commission, gathering the lake’s neighboring countries (Cameroon, Chad, Niger and Nigeria), has been established in 1964 to define a sustainable and cooperative water management plan. With waters receding, nowadays only Cameroon and Chad still count a lake’s shore among their borders. If water continues to recede, Lake Chad could disappear in about twenty years from now, according to NASA climate forecasts. 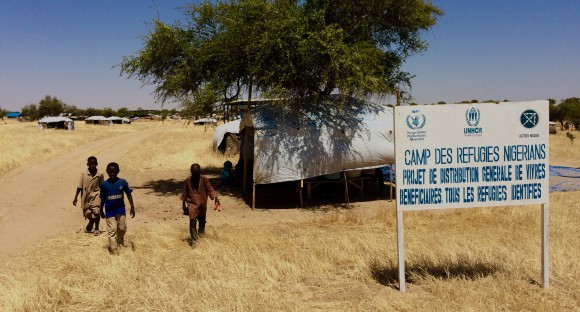 The receding of waters exacerbates difficulties in an area already at risk, and with one of the world’s lowest human development indexes. Coupled with demographic pressures, human activities and mismanagement of the remaining water resources, climate change leads to a massive environmental disaster.

This has a harsh impact on the million people whose means of livelihood heavily depends on Lake Chad. It also strongly threatens peace and security in the region, and the resulting poverty and unemployment is pushing people to leave. 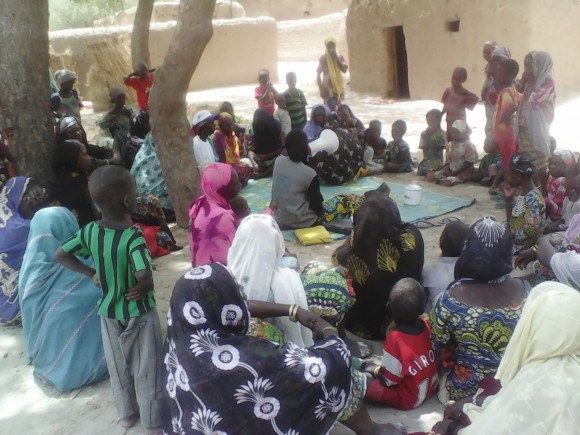 Increased poverty through the receding of Lake Chad

With the receding of Lake Chad, millions of people lost all their means of livelihood. Most of them, lacking of basic education and diversified skills, are unable to make a living out of something else than agriculture, livestock and fisheries. However, those activities are no longer or hardly possible due to the receding of Lake Chad. Moreover, there are no significant industries in the area, and not enough paying jobs for those who received an education. In a region affected by ecological threats, poverty can only worsen: 5 million people need food assistance and 200,000 children under 5 are suffering from severe acute malnutrition.

The receding of waters and the resulting deforestation and desertification strongly affected pastures of nomadic pastors and shepherds, who were forced to move to other areas to graze their livestock. This exacerbates conflicts with local landowners.

ACTED recently carried out a study in Niger which showed that due to the drying of water points, the modification of transhumance corridors and insecurity, the herds usually grazing in the northern part of the region move towards Nigeria, whereas those grazing in the South move to the North. This creates unusual concentrations of livestock in areas around Lake Chad, and increases the pressure for access to water points and pastures, which is weak even in normal conditions.

The impacts of climate change cause widespread displacements of populations

Violence contributes significantly to causing widespread displacements in the Lake Chad area. Since July 2015, more than 71,000 people fled Nigeria and North Cameroon towards the lake’s shores. As a consequence of the current extremely low water levels, violence increases significantly in the villages located on the lake’s shores, so that the populations are progressively leaving them. On the beginning of November, about 900 households fled to inland regions in Niger. They urgently need shelters, food, access to water and access to sanitation and health structures.

A total of 2,5 million people are displaced in this area of the world. Their settlement on the Lake Chad’s shores exacerbates the fight for land and natural resources between the communities.

towards the lake’s shores since July 2015

since the beginning of november

people are displaced in this area

In this context, ACTED implements projects to help displaced populations, in particular by managing host sites for refugees and displaced people in South Niger and by reinforcing access to health care facilities in the camps and host communities, with the support of the United Nations High Commissioner for Refugees (UNHCR).

Due to the lack of opportunities, massive waves of migrants move from the Lake Chad basin towards neighboring countries or even further, seeking for new opportunities. 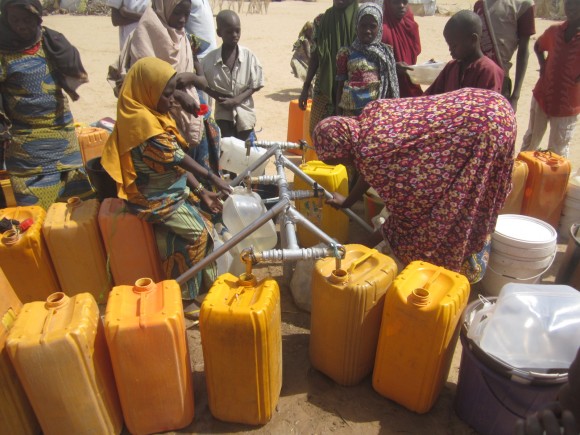 ACTED supports refugees and displaced populations in the lake area in Chad and Niger by providing food distributions, with the support of the World Food Programme (WFP). ACTED also provides fortified flours for pregnant women and children under 2, in order to reinforce food and nutritional status of the most vulnerable people, in a context of crises, resources scarcity and pressures for access to those resources.

Food insecurity and pastures scarcity influenced people displacements since 2013. ACTED fosters income-generating activities as an alternative to fisheries, farming and pastoralism for refugees and displaced populations.

Recent events in this area show how climate change is already leading to social tensions, conflicts and migrations. Without assuming an urgent and decisive action, the chances of improvement of the Lake Chad’s situation and the life conditions of 30 million people depending on it for survival are weak. 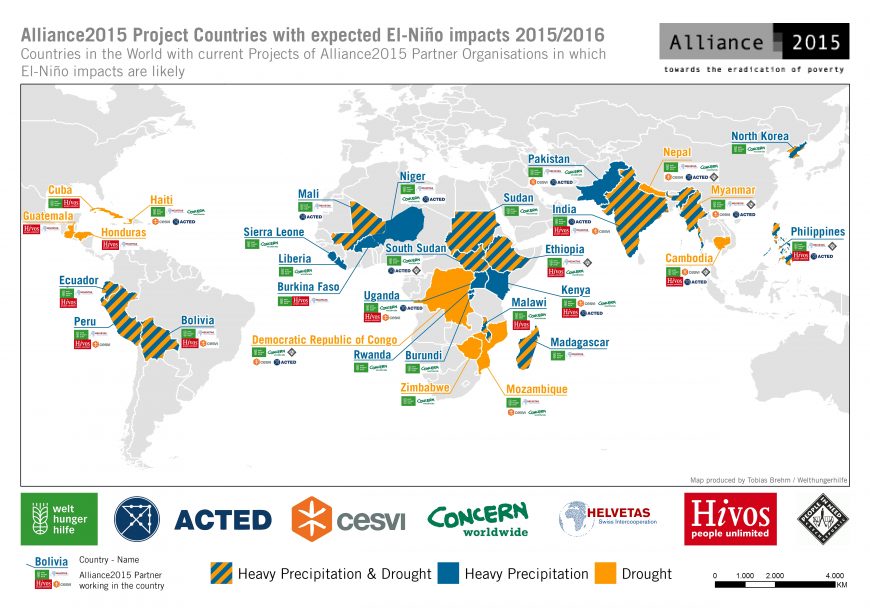