Since 2015, ACTED Mali has been implementing activities to support the prevention and management of acute malnutrition in the Central region, with the support of the European Commission's Directorate General for Civil Protection and European Humanitarian Aid Operations (ECHO) and the Italian Cooperation.

In Mali, the national prevalence rate of severe acute malnutrition is 10%, which corresponds to the emergency rate defined by the World Health Organization.

The rate of severe acute malnutrition is 1.5% according to the results of the nutrition reference survey, the WHO emergency threshold being 2%.

Food insecurity persists, caused by several factors: a poorly diversified diet and inadequate access to health services and water, sanitation, and hygiene infrastructures. The security crisis does not facilitate the implementation of screening and treatment campaigns for malnutrition. Despite the unwavering commitment of health personnel, community health associations and community health relays, the nutritional situation in the country remains worrying.

At the end of 2020, ACTED contributed to a screening campaign for more than 70,000 children under the age of 5 in the Koro circle.

Teams of 3 people travelled throughout the region to organize screenings in a total of 164 villages.  Boukary says, “We went door-to-door, with the help of a community outreach worker in charge of screening. He measures the brachial perimeter of the children with a Shakir band, and checks for edema. ”

The brachial perimeter measurement bracelet (also known as a Shakir band), assesses a child’s nutritional status by measuring the circumference of his or her arm. The band used is color coded for different measurement intervals. Green indicates a good state of health, orange shows that there is a risk of undernutrition and red shows the most serious cases, i.e. severe acute malnutrition, and must be treated urgently as they present a high risk of death. 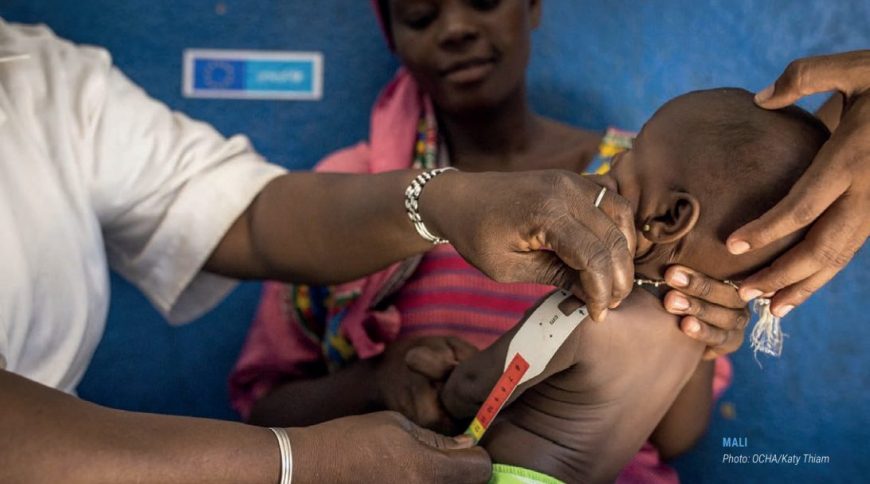 In addition to the screening campaigns, the community health centers in the Koro circle have organized distributions of vitamin A capsules, which are essential to combat malnutrition. Information campaigns on the benefits of exclusive breastfeeding up to 6 months and the consumption of iodized salt have also been set up. At the same time, families attend information sessions on best feeding practices for children over 6 months of age.

Maimuma, a young mother of two children, a 2 year old and a 7 month old baby, was diagnosed by our teams as severely malnourished. She tells us the steps from screening to treatment.

« The health relay of my village came to my house to check my children. He measured their arm circumference and told me that they were malnourished, because they were in the red. He then gave me some papers so that I could go to the health centre of Koro to have them treated. They were examined, and I was confirmed that they were suffering from malnutrition, following repeated vomiting and diarrhea. »

Malnourished children are treated in part with a peanut-based paste mixed with medicine and very rich in nutrients to allow the children to gain weight and strength quickly. PlumpyNut® is ready to use and does not necessarily require hospitalization.

“I go to the health center once a week to follow up on my children’s treatment. I was given a Shakir tape to measure their arm circumference. I was told how to use it, so I can monitor them directly, but also help others in my village.

Information and screening campaigns, community mobilization, and case follow-ups are essential to fight against the scourge of malnutrition. ACTED’s teams and its partners remain mobilized to meet the needs in the villages, while advocating for more involvement and support from the health authorities. It is essential to increase the means of care of the health centres in order to hope for a sustainable reduction of the number of malnutrition cases in Mali. 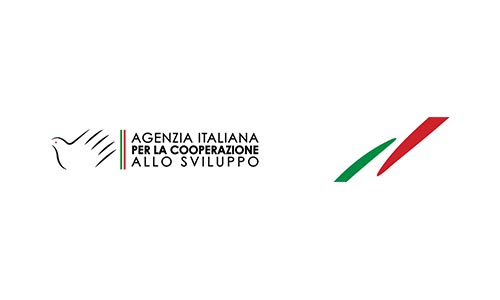 ACTED has been intervening in Mali since 2012 to respond to the needs of the population in a fragile security, economic and health context. Half of the population lives below the poverty line and malnutrition rates are alarming. ACTED acts in a screening and management approach of the disease while accompanying the resilience of the populations..

Treatment and food kits for malnourished children in Douentza

North Mali in the face of climate change