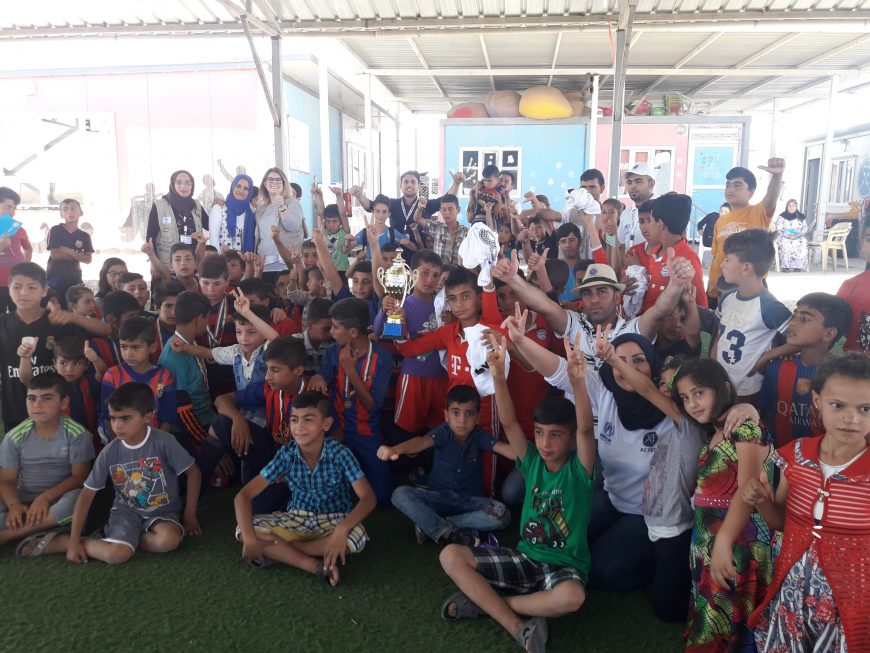 In Domiz 2 refugee camp, the past 24 May was a special day. More than a hundred people, including children but also their parents, gathered at the ACTED Child and Youth Friendly Space (CFS/YFS) for the event of the month…a football tournament! 14 teams of 5 players each, for a total of over 70 children, participated in one of the largest football challenge ever occurred in the camp. 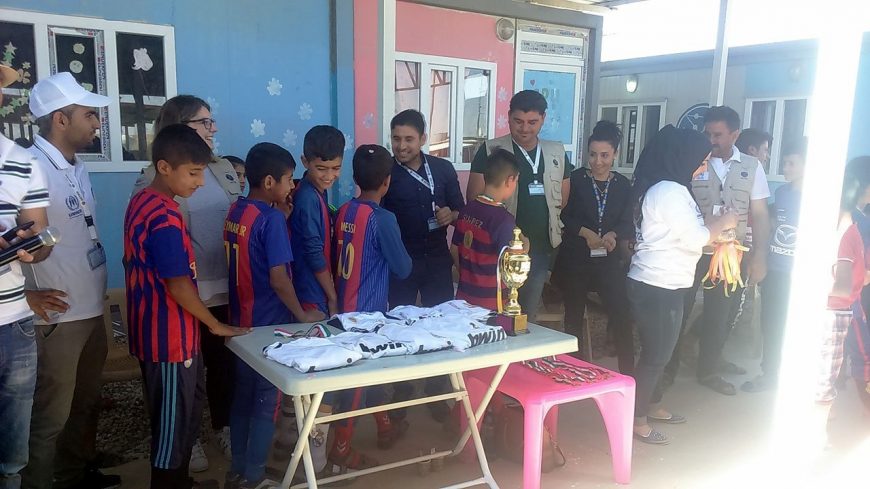 ACTED child protection team, composed of dedicated and energetic team leader, teachers and volunteers, organised this tournament as they are aware of the importance of sport for children. During the recreational activities taking place in the CFS/YFS in the camp, children, and especially boys, spend a lot of time playing football and talking about international leagues and players. This is why the staff decided to organise a big football event, to give the opportunity to children aged 9 to 13 to exhibit themselves and spend some cheerful hours.

As soon as they heard about this event, over 70 children decided to enrol in the tournament and enthusiastically formed team, chosing the name of their team and picking the name of players of famous international teams. When the matches started, a lot of children went to watch and cheer; some of them were accompanied by their parents. The children played very well, demonstrating their passion for this sport and also their talent. At the end of a very heated confrontation between the two final team, it was Sadaqa team (in English “Friendship”) who carried the day, for the joy of their supporters. The winning team received ACTED trophy and t-shirts, while the runners-up were awarded medals.

This event was a success and it shows the importance that sport in general plays in children’s life, as it contributes to promote a positive growth for them, but also is a way to make new friends. Furthermore, this event was a success for ACTED also because many of the children in the audience were so surprised by the lively and joyful atmosphere of the Child Friendly Space that they decided, in agreement with their families, to register to it, and they now take part in the wide variety of recreational and non-formal education activities which take place there on a daily basis. Well done to ACTED child protection staff in Domiz!