The Kenya Cash Consortium, funded by the Directorate-General for European Civil Protection and Humanitarian Aid Operations (DG ECHO) and led by ACTED and the ASAL Humanitarian Network (AHN), provided thousands of unregistered refugees with cash to sustain their basic needs in a context of crisis.

In 2016, the Kenyan government announced that it would no longer host refugees and would dissolve its Department of Refugee Affairs, which processes refugee registration. Meanwhile, the arrival of unregistered refugees kept on increasing from 2016 to date. Yet, since they are not granted the refugee status, undocumented people are entitled to limited humanitarian support.

Kenya has long been home to refugees and asylum seekers from conflict-affected countries in Middle and East Africa’s regions and beyond. Almost half of these refugees live in either one of the two main refugee camps in the country, namely Kakuma Refugee Camp and Dadaab Refugee Complex. Four consecutive failed rainy seasons, the worst drought in the last forty years in Somalia, the fight against Al-Shabab , and clan militia dramatically increased the influx rate of asylum seekers. As of January 2022, Kenya hosted some 539,766 [1] refugees and asylum seekers in refugee camps and, and the current rate for new arrivals stands at 300 persons a day. In addition to that, the Dadaab inter-agency forum projected that news arrivals would most likely reach 66,000 new people between November 2022 and April 2023.

Aamiina* benefited from the multipurpose cash assistance project implemented in the three refugee camps of Ifo, Dagalhey and Hagardera in Daadab Sub County in Kenya. Two years ago, after losing all her livestock to the drought in the Horn of Africa, she and her family fled from Somalia. They now live in the Ifo refugee camp in Daadab. She is a single mother of three, with one four-year-old son and two girls of three years and eight months respectively. With no place of her own to call a home, she has to live with extended family relatives in the camp.

Reflecting on the reasons that forced her to flee Somalia, she explains: “the livestock we raised helped us a lot to support our family by selling milk as well as camels, cows and goats to butchers and livestock markets. The migration of livestock over long distances in and out of Somalia also resulted in the loss of most of my animals. It was difficult and depressing to count the number of goats and camels that died due to diseases, lack of water and pasture.” After losing all her animals, which were her main source of income, she separated from her husband and left for Kenya.

Aamiina recounts the obstacles she faced in getting the assistance she and her children needed once in Kenya:“it has been difficult to find shelter for my children given my undocumented status. This means that we are not entitled to anything and do not have access to the assistance given to registered refugees.” Indeed, as undocumented refugees, they are facing limited access to basic education for the children, lack of proper shelter and are forced to be hosted by family or other refugees, limited access to modernized health care system and poor sanitation within the camps. 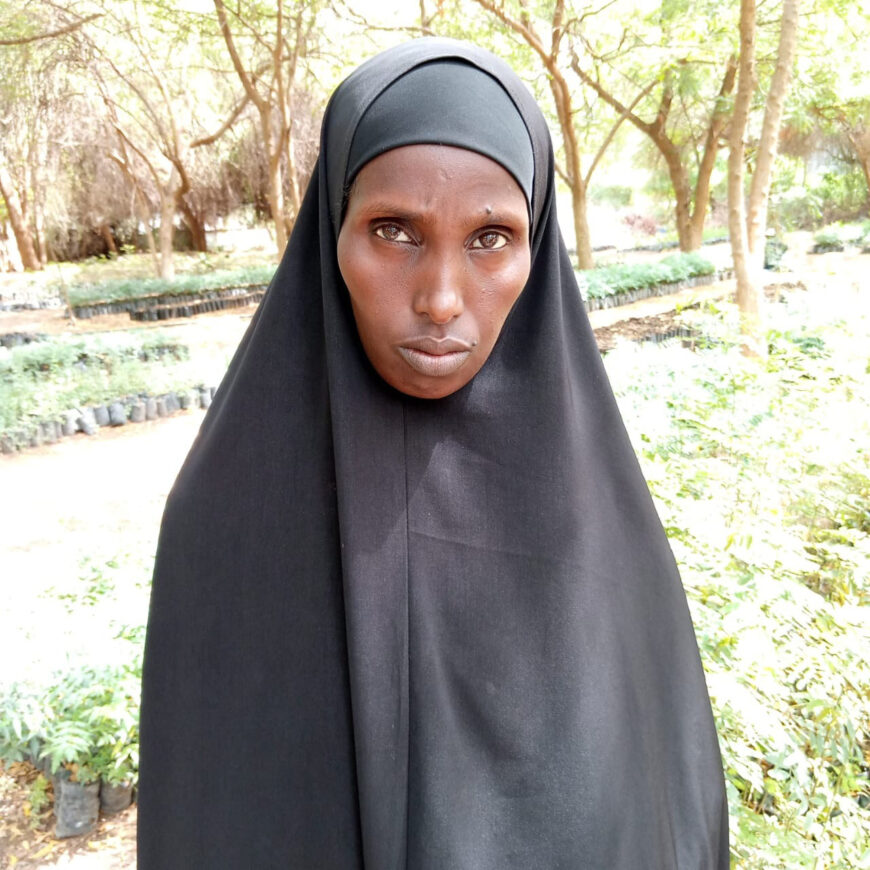 Assisting Aamiina and her family to meet their basic needs

The Kenya Cash Consortium led by ACTED and the ASAL Humanitarian Network (AHN), in partnership with IMPACT initiatives, Relief Reconstruction and Development Organization (RRDO) directed their assistance toward the most vulnerable refugees like Amiina. Together, they provided six cycles of multi-purpose cash to 1,055 unregistered refugee families in Dadaab camps, in the Garissa county. This intervention, funded by ECHO, was completed with the sixth round of 6,927.4 Kenya Shillings (594.90 euros) on the 24th of October, 2022.

ACTED’s multi-purpose cash assistance has allowed refugees like Aamiina to have the economic capacity to first purchase food, then goods, then pay for services such as medical care and schooling for her children, allowing her to live with dignity.

Receiving the cash assistance has really eased the suffering of my family and we can see a glimmer of hope and light in the abyss.

This ECHO-funded project, implemented by ACTED and RRDO, is the only one providing assistance through cash distribution to unregistered refugees in the Dadaab camps. With predictions of a fifth consecutive failed rainy season and a potential sixth one in Somalia, it is expected that the number of cross-border disaster displacement to Kenya will become increasingly important, requiring a scale-up of the emergency response for 2023.

*The beneficiary’s name has been changed for protection purpose.

Drought in the Horn of Africa: ACTED’s response to water scarcity in Samburu County, Northern Kenya

Drought in Kenya: How the Kenya Cash Consortium is improving the well-being of affected families