Drought in the Horn of Africa: ACTED’s response to water scarcity in Samburu County, Northern Kenya

The Drought Emergency Response for Food and Nutrition Security (DERF) is a USAID-funded project, implemented in the Arid and Semi-Arid Lands of Marsabit, Turkana and Samburu counties. Under this 12-month project, Concern, ACTED and the local organizations PACIDA and SAPCONE aim to sustainably improve the food and nutritional security of 250,580 vulnerable pastoral and agro-pastoral individuals affected by the drought emergency. The DERF project is implemented in close collaboration with county government sectoral structures to foster sustainability beyond the project period.

In Samburu County, ACTED and its local partner PACIDA seek to address the incidence of water-related morbidity and malnutrition by improving access to water and hygiene. Water trucking, hygiene promotion, distribution of WASH Non-Food Items (NFIs), and boreholes repairing activities are being conducted.

Kenya is facing one of the worst droughts and conditions continue to deteriorate dramatically, with a total of 6.4 million people in need. As of December, cumulative rainfall was well below the average for the past 40 years (55% of the average rainfall), marking the fifth failed rainy season. The situation is particularly critical, with a severe deficit, in the Arid and Semi-Arid Lands (ASAL) that cover 80% of Kenya’s landmass. This has left 3.1 million people severely food insecure (IPC3) and 1.2 million individuals in an emergency situation (IPC4) due to lack of food and falling incomes from livestock and agriculture related activities (IPC analysis).

Most affected populations are pastoral communities residing in ASAL counties of Northern Kenya, whose livelihood income is based solely on livestock and agriculture. Elizabeth*, living in Sirata village in Samburu, benefited from ACTED’s water trucking activity, along with 1,100 families (6,600 individuals) from the County.

Before the drought worsened, Elizabeth had two donkeys. She used fetch water every day at the water point, 10km away from Sirata village, by putting the jerrycans on the donkeys’ backs. The donkeys died because of the drought. So she had to carry the water by herself, with the help of her children. As almost all surface water sources in the County dried up, the distances to be walked kept increasing. This long daily walk regularly leads to miscarriages for the pregnant women who are responsible for collecting water for the family.

Sometimes, Elizabeth use a piki piki (local motorbike) to fetch the water, which lets her carry three jerrycans at a time. But given the cost of transport, she cannot afford to do it more than every other day.

Elizabeth pointed out the urgent needs in Samburu: “Last week a young man fainted while looking at the animals because of hunger and dehydration”.

As per the December Early Warning Bulletin from the National Drought Authority Management (NDMA), the situation has continued to deteriorate. The livestock condition remains below the average, resulting in reduced access to milk and meat, as well as the loss of critical livelihood assets. Elizabeth also pointed out that to cope with the lack of water and pasture, the remaining livestock are moving further on the hills where there is a greater risk of attack by wild animals. 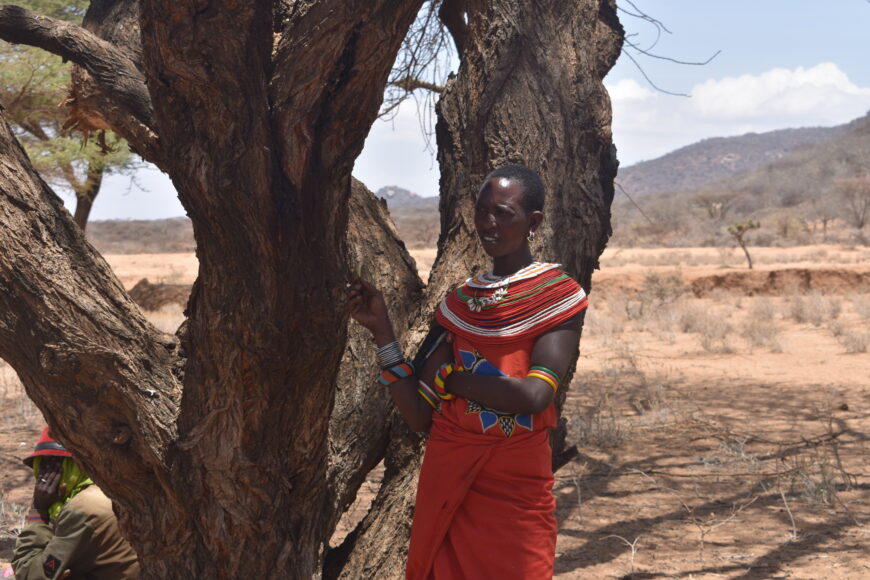 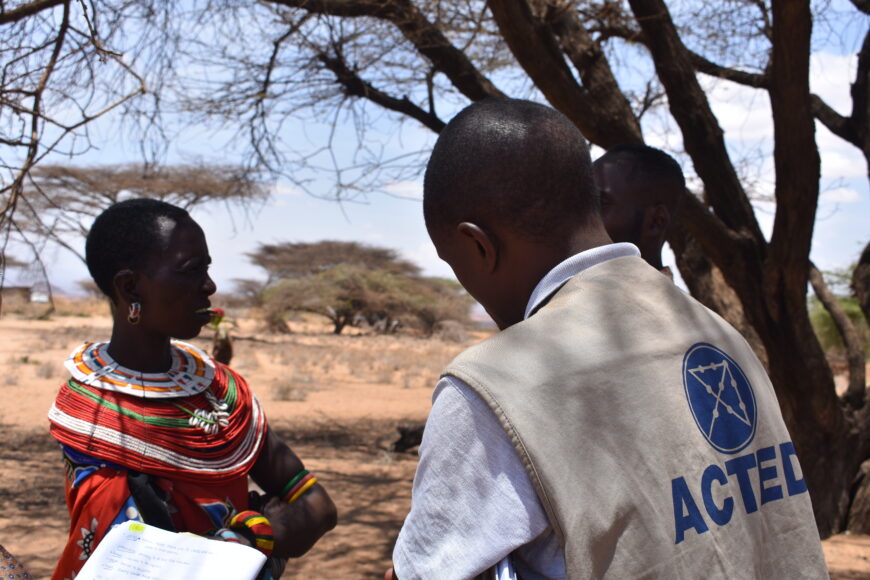 In Samburu County, ACTED has distributed 90 liters of water per week to each of the 1,100 targeted families, for two months. Along with the water trucking assistance, Elizabeth is part of the 1,328 households that received WASH kits including aqua tabs, jerricans for safe storage and soaps for improved hygiene and hand washing.

Elizabeth has now access to water for her and her family. Grateful for ACTED’s water trucking assistance, she added that “ACTED staff are always present during the distribution to ensure that the water provision is fairly and transparently distributed”, thus ensuring a smooth implementation of the project.

Elizabeth stressed out the need for greater and continuous support through water trucking. With most water sources in Samburu County remaining dry, the needs are increasing.

While drought conditions are expected to persist, the response falls far short of what is needed. Of the US$358 million funding required to respond to the drought in Kenya, only US$185 million has been provided by donors in 2022.

With funding from USAID, ACTED will continue to support the affected communities for the coming months by repairing boreholes, conducting hygiene promotion activities and providing cash transfers.

*The name of the beneficiary has been changed for protection reasons