Democratic Republic of the Congo Uncategorized 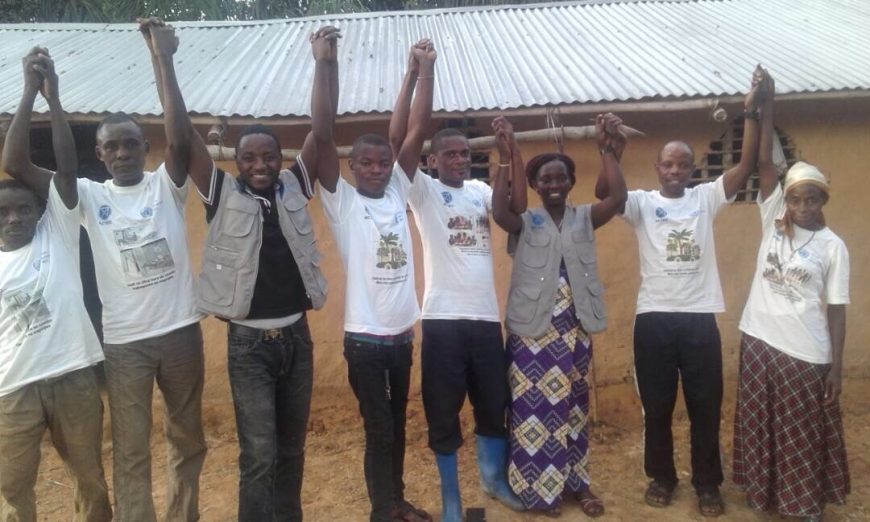 The Democratic Republic of the Congo (DRC) has been plagued by a multidimensional humanitarian crisis for decades. Food insecurity is no exception to this crisis and in some areas the majority of people suffer from a lack of access to staple foods. With financial support from the United Nations Joint Humanitarian Fund, ACTED is helping to reduce malnutrition and improve the food situation of the most vulnerable populations affected by the conflict in Shabunda (South Kivu) territory. ACTED thus organizes food distributions and food fairs for displaced and host populations while integrating awareness sessions on the knowledge and resilience of displaced communities. 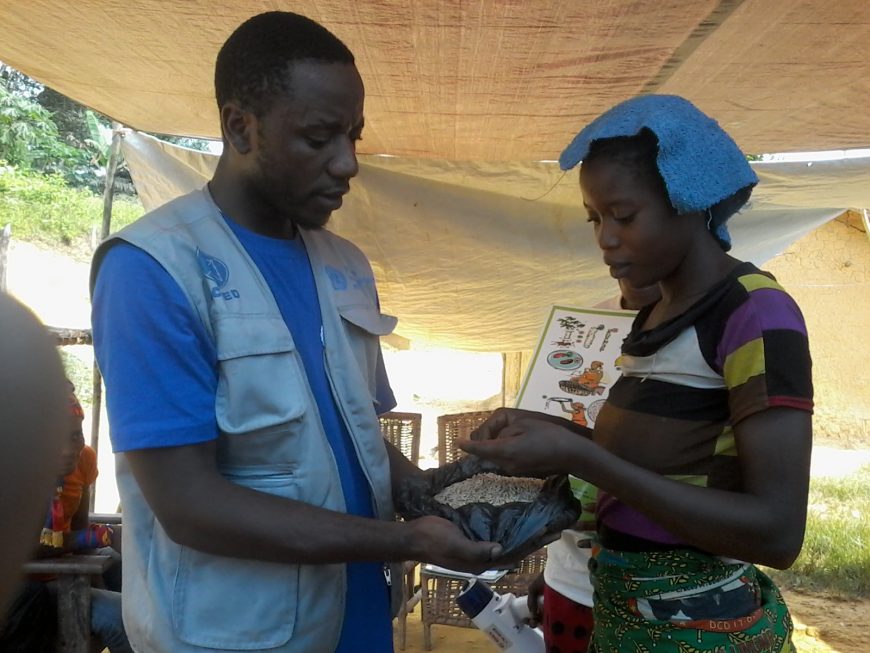 Monday in April 2017, in Kavumu, Bukavu airport on the shore of Lake Kivu… After a 30-minute flight to Kolula, Shabunda territory, the remaining travel is done on foot to reach the 17 villages on the Kolula-Kamulila axis benefiting from sensitization workshops organised by ACTED. The nearest village is 15 kilometers away and the furthest is 36 kilometers . The teams are made up of sensitizers and community relays, called “actors of sustainability”, specifically trained to ensure the implementation of awareness-raising activities. They are motivated and ready for the 13 awareness-raising workshops planned. Day workers, real channels of communication in these areas which lack all types of communication network, are supporting ACTED teams. Indeed, dialogue is key in ensuring effective mobilization and community information.Upon their arrival in the villages, the sensitizing teams are welcomed with kindness and curiosity.

The exchanges begin with a brief meeting with the village leaders according to custom, where the teams explain the objectives of the awareness activities. Soon, the whole community has gathered around the house of the community leaders. Together, teams and community members are working to find an ideal place to set up awareness workshops.

Awareness raising teams can begin work soon after that. The workshops offer participatory activities. “Mums” and the “dads” seem a little shy at the beginning, but soon the room resonates with the slogan Maendeleo mbele, Maendeleo mbele, Maendeleo mbele mbele mbele! (development forward). The objective of these workshops is to raise community awareness in a multisectoral approach, addressing both nutrition and food security issues such as access to water, hygiene and sanitation, while taking into account socio-economic and cultural conditions of the areas.

An example of a typical day: Focus on nutrition awareness workshops

Day 1: Workshop based on improving nutrition knowledge to fight malnutrition 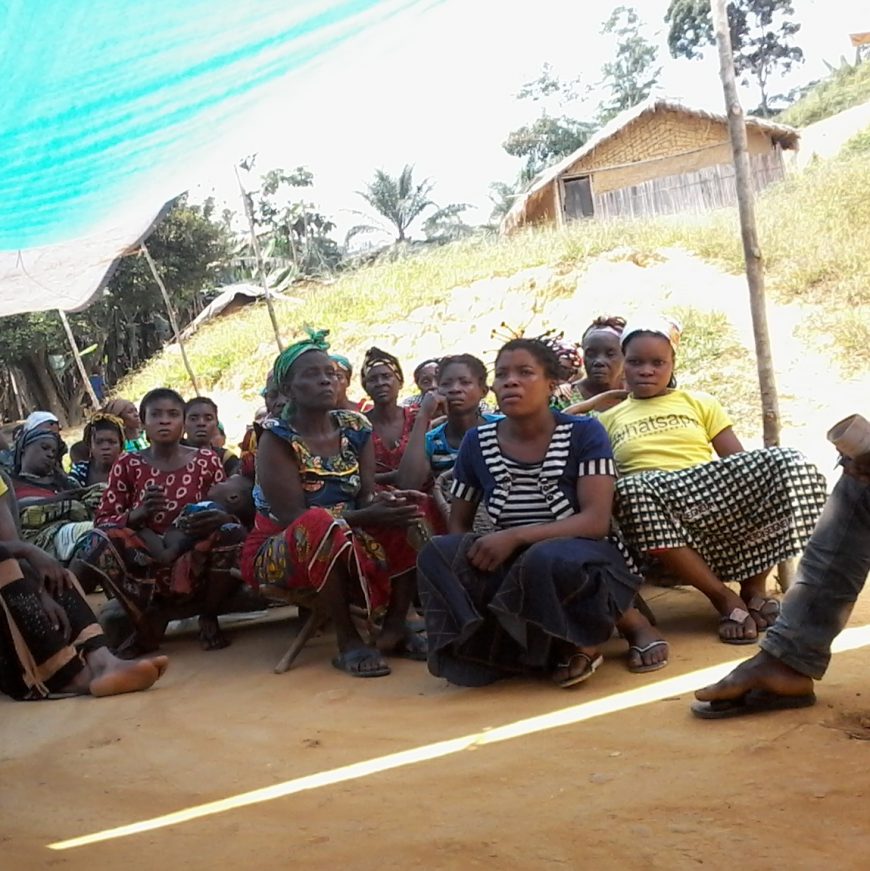 When populations are affected by a crisis, they often neglect hygiene and nutrition to focus on meeting their basic food needs, thus adopting a less balanced diet and consuming improper food, hence the risks of chemical, microbiological and zoonotic contamination which constitutes a health risk, in particular for children. The awareness-raising workshop drive community attention to the importance of breast milk and intensive and regulated breastfeeding to prevent malnutrition and disease for example. Good practices are demonstrated through practical sessions with lactating women and image boxes designed by the National Nutrition Program (PRONANUT) and ACTED. Key messages easy to remember are shared to help strengthen the nutritional knowledge of the beneficiaries

Day 2: Workshop promoting good food and nutrition practices within households to reduce the risk of disease

Another workshop includes a practical food preparation session that complies with best hygiene standards. After teams awareness and demonstrations, it is time for the participants to implement practices, assessed by a jury site that will follow closely all the stages of the food preparation activity. Participants are given food and utensils, and begin to work on food preparation until a participant touches the food without washing his hands first! The atmosphere is joyful with enthusiastic participants. At the end of the session, participants are invited to comment on this practical exercise, and the jury to share their remarks, before proclaiming a winner. In a lively atmosphere, everyone prepares for the tasting. The different food preparations are then distributed to the different households according to the nutritional and energy needs of each individual, with particular attention paid to children, pregnant women and the elderly.

Eating well does not mean consuming a single good food: it means consuming a complete meal with a wide range of nutrients necessary and essential to the development of the body. In rural areas where populations live mainly from agriculture, food diversity must be achieved at plantation level. The awareness-raising workshop on food diversification thus emphasizes good practices in seed selection, the association of crops, which is necessary in areas where single crops are usually grown, such as cassava or rice, while promoting good crop storage, to prevent losses and waste. Participants are made aware of the nutritional consequences of monoculture and the importance of the association of crops, particularly in areas where subsistence farming with a single crop such as cassava or rice is used. Practical activities come along direct observation of the models provided for this purpose. 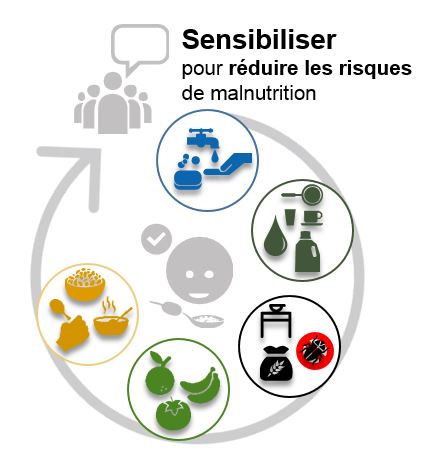 At the end of these two days of workshops, the participants can now turn to apply this knowledge in their daily lives. The “actors of sustainability” will be there to help them after the departure of ACTED teams. Facilitators know that raising awareness is a long-term process.

Six weeks after the awareness sessions, Joséphine, a resident of Idimba, tells about the daily changes in the household. Essential daily practices include washing hands with soap, avoiding placing food on the floor, washing plates after each meal and storing them on a shelf free from insects, eating fruit regularly, and preparing food in compliance with good hygiene practices. These changes will prevent some diseases while improving the health of her 10 chilren.

DRC: ACTED’s mobile CCCM strategy to respond to the needs of displaced populations in South Kivu

What Home Means: Despite what they lost, music is in their homes

Kibirizi: encouraging the participation of displaced people in humanitarian action

Hasha’s Story: A Story of Hope

How to rebuild safe and sustainable housing after natural disasters?

Fighting Food Insecurity in the Democratic Republic of the Congo