Democratic Republic of the Congo Article

How to rebuild safe and sustainable housing after natural disasters?

The Democratic Republic of Congo is prone to natural disasters, particularly floods, landslides and volcanic eruptions. The most recent one was in the city of Goma where thousands of people lost their homes and livelihoods and had to take shelter after a volcanic eruption.

These climatic events make people vulnerable. The construction of safe shelters adapted to the different climatic conditions is essential for the survival of communities. In the health zones of Fizi and Nundu in the province of South Kivu, affected by armed conflict and natural disasters, there is a great need for access to safe and climate-smart housing.

Repeated flooding over the past 3 years has damaged or destroyed the homes of communities living in the area. More than 4,760 people have been affected, some of whom have been taken in by host communities, while others have been left homeless.

In response to this critical situation, ACTED has set up a project which aims to rebuild homes in a sustainable and environmentally friendly manner.

After the floods, a responsible reconstruction in DRC

In the Democratic Republic of Congo, ACTED is adapting to climate change and natural disasters through reforestation activities and training in ecosystem preservation. These actions are carried out upstream, in anticipation of the reconstruction of houses. Since October 2020, ACTED has been addressing the need for access to housing through the reconstruction and rehabilitation of shelters for the population of the health zones of Fizi and Nundu, areas marked by insecurity. 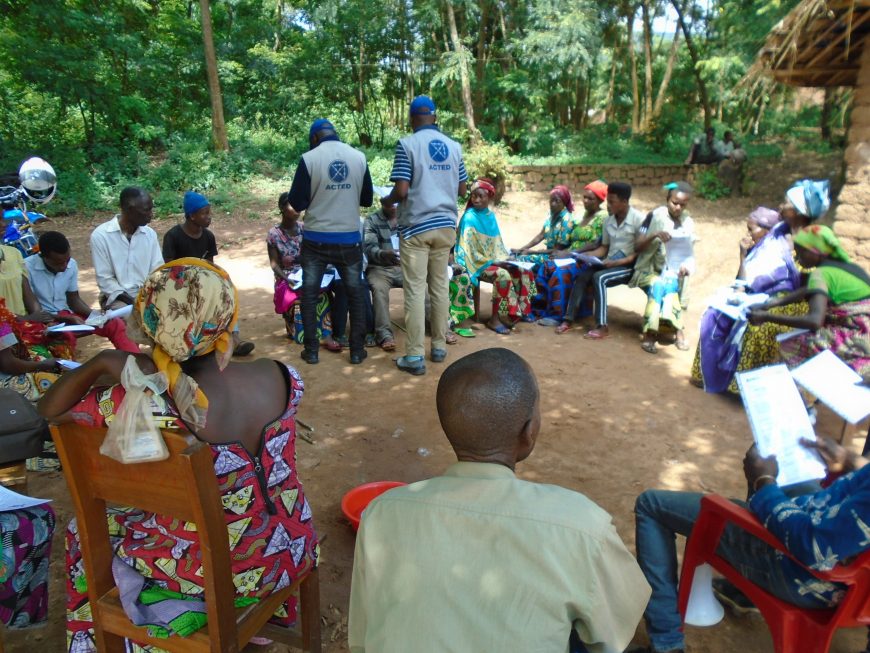 ACTED has integrated information sessions on environmental preservation in collaboration with the environment and development services of South Kivu. This partnership aims at anticipating and mitigating possible impacts linked to the extraction of materials to make bricks or collect wood to rebuild houses.

Participating communities have been able to carry out sustainable activities adapted to the local context, such as reforestation and coastal protection activities, during environmental information sessions.

In the context of emergencies such as floods or other natural disasters, a rapid response is preferred to meet basic needs. In its housing construction and rehabilitation strategy, four key points have been integrated into environmental stewardship: mud brick construction, the use of wood cutting, erosion prevention and household energy consumption. On each point, ACTED and the environmental department intervened to find alternatives. This meant minimising the impact on the environment by ensuring that wood was cut appropriately.  Participating beneficiaries of the project, with the help of ACTED, set up nurseries to preserve the reforestation with building materials such as planks, logs and planks from local suppliers officially recognised by the environmental services.

In the case of mud bricks, care had to be taken not to use energy-intensive kilns for the production of the bricks. ACTED opted for environmentally friendly kilns which considerably reduce the amount of energy consumed.

Financed by the humanitarian fund, this project responds to the urgent need for shelter due to natural disasters and inter-community conflicts that have caused the displacement of populations in the coastal part of Lake Tanganyika since 2020. That has reported 2219 affected households. In total 9598 people were affected and displaced  in 11 villages.

Through this approach, ACTED combines humanitarian response and environmental preservation. Climate change is having a greater impact on the countries of the South, notably the DRC. It is imperative to change the way humanitarian response works in order to adapt and protect the local environment while meeting the needs. ACTED is setting up more and more projects to adapt its action to climate change so that every gesture counts.

Fighting Food Insecurity in the Democratic Republic of the Congo

Aid Delivery: A Tricky Road in South Kivu and Maniema

Supporting the struggle against sexual violence in DRC

Kibirizi: encouraging the participation of displaced people in humanitarian action