Through the USAID (BHA) funded project "Using a neighborhood-based approach to respond holistically to informal settlement populations multisector emergency needs in north and west Afghanistan", ACTED has been providing ECASH assistance to the vulnerable communities and displaced populations living in Herat, Kunduz and Jalalabad. This action prevents, reduces and mitigates exposure to sudden or immediate protection risks through the distribution of an individual assistance of maximum 300 USD.

Azizullah, aged 23, benefited from ACTED E-CASH intervention in Kunduz province. Originally from Takhar province, Azizullah’s family moved to Kunduz to flee the war affecting their village. The young man, who shares a small house in an informal settlement with six other family members, lost his two brothers in the past year conflicts. Their house was also partially destroyed by a missile strike, increasing the vulnerability of this already exposed family. Azizullah was heavily sick and not able to work, leaving his aged father as the only bread-winner for the family. Unfortunately, Azizullah health conditions started to worsen and soon his life started to be threatened. Deeply affected by the economic crisis and the sudden loss of income of his father who couldn’t find a job, the family couldn’t pay for Azizullah’s operation that would save his life.

In July 2022, Azizullah’s family heard through ACTED community mobilization campaign about the creation of the community center providing humanitarian assistance through referral pathway system to the local community in Kunduz. Stuck in bed and unable to walk, it’s Azizullah’s parents who went to the community center to register him and explain his condition to ACTED staff. Following the registration, ACTED quickly flagged the urgent nature of the request and rapidly sent community mobilizers to assess the case at his house. Azizullah’s case was referred for E-CASH and approved by the relevant staff within two days. Azizullah received the money to cover the medical expense, a total of 26,500 AFN (approximatively USD 295) directly at the health center the next day and was operated the same day (the 28th of July).

Now, Azizullah is completely recovered and is making plans on the long term again. He has new dreams and ambitions, he wants to get married and find a job to provide for his family and contribute to his community resilience. In addition, this created a positive opportunity for his father as well, who found a job at the hospital where his son was taken care of, as an ambulance driver. In only few weeks, the life of this family has been strongly and positively impacted by ACTED’s action; not only Azizullah’s life was saved but the family can now live with two sources of income.

Azizullah after his operation and his dad, hired as an ambulance driver

Fatima is living in a muddy small house in an informal settlement located in Khadistan, Herat province. Mother of five, including two children under five years old, she is also the only
breadwinner of the family as her husband is suffering from a strong back ache and is not able to work.

For months, Fatima has been sick, suffering of gall bladder stones, but couldn’t pay for the operation. Soon, she became too weak and was no longer able to work correctly and her baker salary deeply decreased. This added to the strong inflation in the country, the family was living in extreme poverty without enough food to eat.

Fatima was completely desperate when she heard about ACTED community center in Herat through ACTED community mobilizers. She decided to come to the community center to be registered beginning of August 2022. The next few days ACTED assessed her case at her house. Fatima met all the criteria and was eligible for E-CASH. Following the submission of all documents and verification from relevant ACTED staff, Fatima received 23,500 AFN (approximatively USD 260) directly in the health center a few days later to cover her operation, but also a few meals during the recovery as well as the transportation costs. 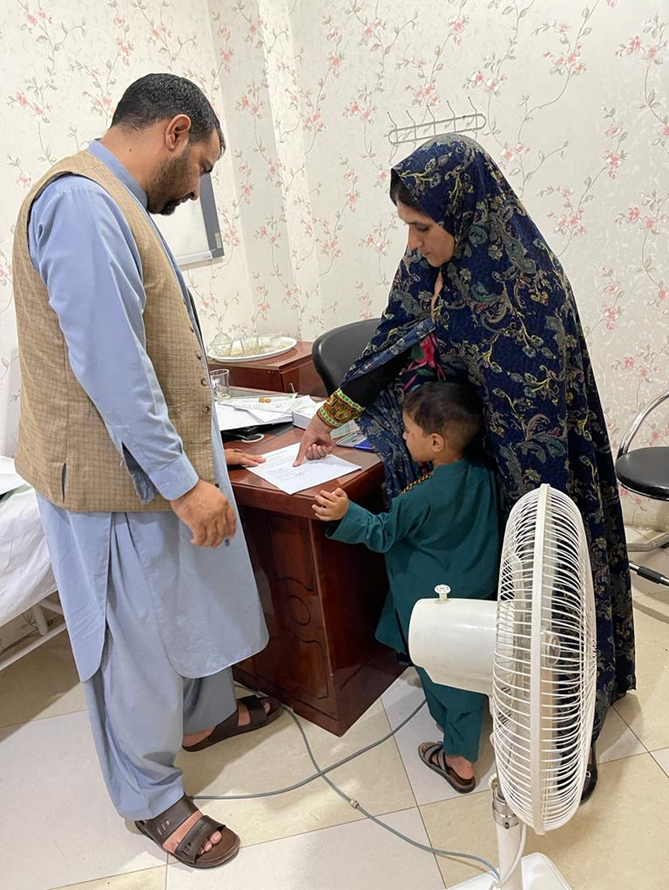 Fatima getting registered at the community Center in Herat

Two weeks later, Fatima is now completely recovered. During the follow up house visit Fatima expressed her thankfulness to ACTED and all the team who allowed her to have a better life but also her family. Before, Fatima was only able to bake around 50 pieces of bread a day, which she was selling 3 AFN each. Now healthy and energetic, she is baking around 200 pieces a day and earns approximatively 600 AFN per day, therefore multiplying her salary by four. The family has now new ambitions for the future. They want to save a bit of money in order for their kids to get an education and to move to a better house.

Abdul was born and raised in Kunar province, where he was working in the family farm with his father. Later, he moved to Nangarhar province with his wife and two sons to flee the conflicts affecting his hometown. The 50 year old man was previously working in the streets, selling plastic bags, pop corn and bubble gum, which was barely enough to support his
family.

Unfortunately, the aftermath of the fall of government in August 2021 deeply increased the family’s vulnerability. Abdul couldn’t keep up his business with the rise of prices on the products he was selling. In addition, suffering from a war injury, Abdul became too weak to be able to carry all his merchandise in the streets. Since January 2022, Abdul could not provide for the household. The family was left with no choice but to have their two young sons working to support the family.

Extremely vulnerable, Abdul heard about the new ACTED community center opening in Jalalabad through the community mobilizers in May 2022. Seeing the potential opportunity to improve his family condition he decided to register. A few days later, ACTED community mobilizers visited the household to assess his situation. ACTED decided to deliver E-CASH to Abdul and his family to face this sudden loss of income. ACTED provided him a total of 26,000 AFN to open a shop in the city where he sells food and non-food items to the local community. A few weeks later, ACTED conducted a follow up assessment. It showed that Abdul’s salary has strongly increased. He is able to provide for his family and both his children are now back to school where they can re-build their future. 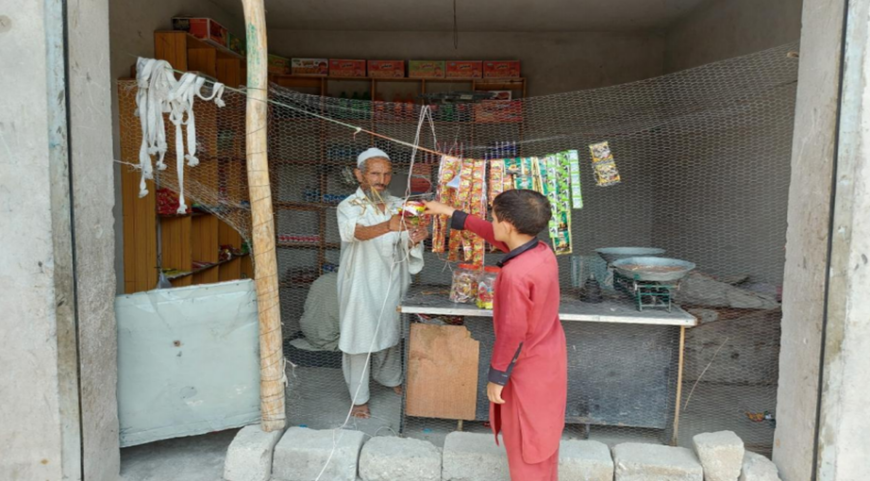 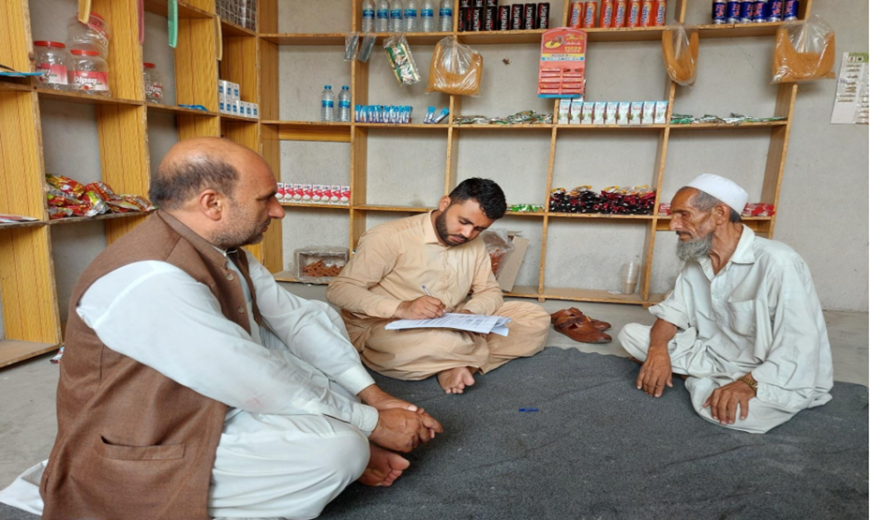 As per ACTED protection policy, all beneficiary names have been changed.