The number of Afghan refugees returning home reached unprecedented levels in 2019, with around three million having returned since 2016. A recent report from the World Bank and UNHCR in Afghanistan demonstrated how Afghan refugees who returned to Afghanistan between 2014 and 2017 tended to be worse off financially and face multiple economic difficulties compared to refugees who stayed in Pakistan.

ACTED is helping these returnees through providing temporary shelters and ensuring they can maintain hygiene and sanitations standards.

Afghan's return to their country on average each month

Almost 300,000 Afghans returned from Pakistan, Iran and Turkey in the first eight months of 2019.

While the political currents in Pakistan which sparked the high rates of voluntary and involuntary returns appear to have abated over time, in 2019, it was the turn of Afghans in Iran to feel the onslaught of geopolitical forces beyond their control. As sanctions took their toll on the Iranian economy, approximately 700,000 undocumented Afghan refugees living in Iran returned spontaneously or were deported. Many of those returning had left at the time of the Soviet invasion. 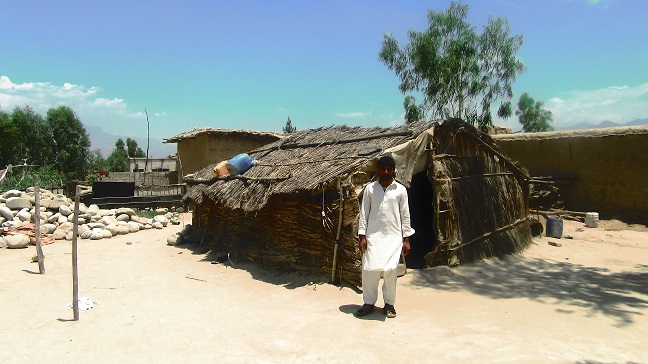 Baktash's son stands in front of their old shelter

Having been away for so long, many returning Afghans are forced to start from zero upon their return, with their old support networks gone, and their houses neglected or damaged to a point where they are uninhabitable.

Like hundreds of thousands of his fellow Afghans, Bakhtash fled his home in the 1980s during the Soviet Union’s invasion and found shelter in Kyber Pakhtunkhwa province, in Pakistan. Upon his family’s return to their village in Mehtarlam district, Laghman province, Bakhtash found that he had lost his house. poor economic conditions and his advancing years, he was not able to build a new shelter for his family and so they were forced to live in a tent. As an unskilled labourer, Bakhtash was only earning 50 to 100 AFN (around 1 EUR) per day from which he could only provide food for his family.

Similarly, Sharara, a 38 year woman who returned to Bela village in Behsud district of Nangarhar province after spending years as a refugee in Pakistan with her family. With the help of her family and villagers, she was able to buy a piece of land, following the destruction of her previous house due to conflict. However, not having money to build or to rent a house, she was forced to live in a tent along with her six children and husband. Her husband, as a daily worker, was only able to cover food expenses and some medicines for the children. Sharara said: “During the winter our clothes got wet because of the rain which made my children sick. During the summer we got sunstroke because of the hot weather of Nangarhar.” 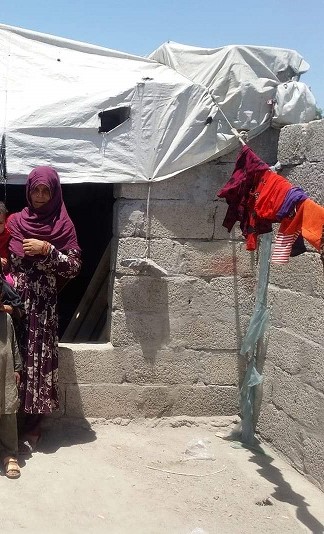 Sharara in her old shelter

A response to improve the life conditions of returnees

The approach of the intervention was straightforward. ACTED provided each family chosen for the intervention with locally-sourced construction materials, before organizing construction trainings designed to encourage them to take ownership over the completion of their new shelters. Given their lack of financial resources, ACTED also provided cash which families used to hire local labourers and pay for the transportation of any additional materials required. 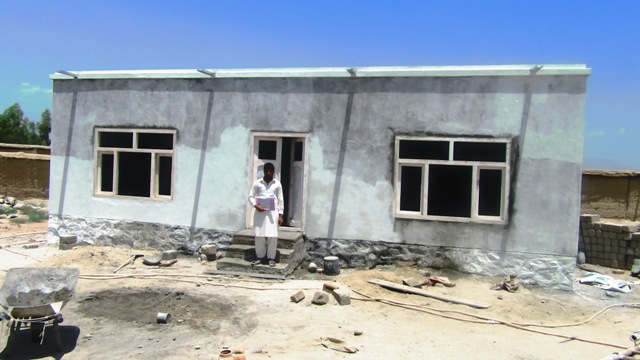 Through his participation in the project, Bakhtash oversaw the construction of a two-bedroom house (including a family latrine). This project opened a door of hope for Bakhtash and his family, who now live in a high-quality shelter which provides protection from the elements.

Sharara and her family were also very satisfied with the outcomes of the project. The construction of the transitional shelters has left room for beneficiary households to improve and increase the size of their shelter as they may deem necessary after the completion of the program. 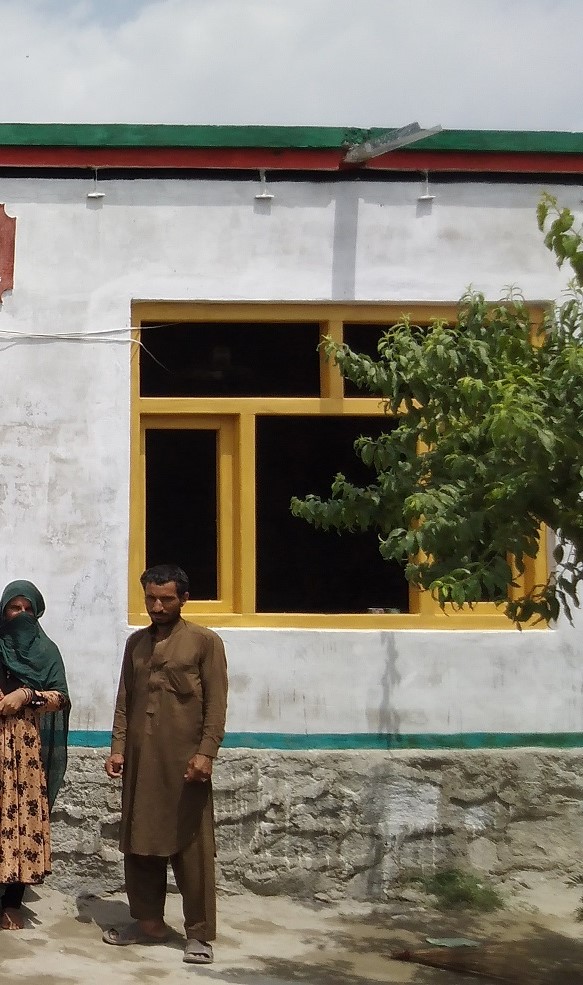 Sharara and her husband in their new shelter