On the occasion of the “16 Days of Activism against Gender-Based Violence” (GBV), an annual international campaign launched by UN Women, ACTED reflects on its GBV-related project in South Sudan. Through the testimony of two beneficiaries, this article presents the improvements achieved so far and the multidimensional aspects of violence against women.

Due to the prolonged civil war in Sudan, 173 000 persons from the Blue Nile State have found refuge in one of the four refugee camps located in Maban, South Sudan. On top of the traumatic experiences they faced and the challenging living conditions in the camps, women are exposed to GBV – GBV being deeply rooted in gender inequality in the country, harmful social and gender norms [1]. By strengthening essential protection services and providing extensive mental health support to women refugees, ACTED and its local partner the Humanitarian and Development Consortium (HDC) have already taken a step forward to help the survivors.

What is gender-based violence?

The Article 1 of the Declaration on the Elimination of Violence against Women (1993) states that “violence against women means any act of gender-based violence that results in, or is likely to result in, physical, sexual or psychological harm or suffering to women, including threats of such acts, coercion or arbitrary deprivation of liberty, whether occurring in public or in private life”. GBV takes various forms, as it can be intimate partner violence, sexual violence, child marriage, female genital mutilation, trafficking for sexual exploitation, female infanticide, ‘honour’ crimes, but also being deprived of nutrition and education [2].

For UNICEF “armed conflict, natural disasters and humanitarian emergencies can significantly weaken a society’s ability to protect women and girls from gender-based violence. Rates of intimate partner violence often increase in crisis settings. Many armed groups also use sexual violence as a tool of warfare to advance military or political aims. All the while, girls and women may be forced to trade sex for food, money and other resources they need to survive”.

In the world’s newest nation, impacted by years of conflicts, underdevelopment, and climate shocks, millions of South Sudanese face food insecurity, displacements and frequent rights’ violations. This is resulting in one of the most severe and protracted humanitarian crises in recent history.

When a household experiences food insecurity and other core challenges, this elevates protection risks, in particular for women and girls, traditionnaly in charge of household chores – including meal preparation and food collection. As studies by the Food and Agriculture Organization (FAO) show, traditional gender norms create unequal power relations between men and women. Since women have limited access to lands, livestock, education, financial resources, etc., when their families face economic and food challenges, this exacerbate gender discrimination and protection risks for women and girls (SGVB, domestic violence, robbery, early marriage, etc.).

of women in South Sudan have experienced sexual violence from a non-partner, primarily during attacks or raids

of women in South Sudan have suffered intimate partner violence

Research shows that refugees are very likely to suffer from mental health problems, such as post-traumatic stress disorder (PTSD), anxiety and depression. However, psychological support remains rarely prioritized by humanitarian aid while responding to refugees’ emergency needs. In 2021 and 2022, thanks to the financial support of the Bureau of Population, Refugee and Migration – US Department of State, ACTED and HDC provided psychosocial support to 120 survivors to gender-based violence living in the camps of Maban, South Sudan. Through recreational activities, held in the community centers, they participated in storytelling, traditional dances, drama, cooking, gardening, and embroidery. In this safe environment, women can bond with other refugee women, have access to new activities, while receiving an attentive listening and psychosocial support from HDC Protection teams. In addition to their cathartic effect, these activities also enable women to learn new skills, which can be first step toward economic empowerment. Economic empowerment is key to overcome the cycle of financial dependency and violence

This is the case for Tunke*, a refugee from Sudan. She went through traumatic events while fleeing as she lost both her mom and her child, a trauma that weigh heavily on her mental health. She greatly appreciated the support she received when she engaged in activities with other women with similar experiences. For her, it was the opportunity to share her sorrows with other women refugees, to be listened to, and to improve her mental health. This helped her to embark on the path to resilience and healing. In addition, thanks to the embroidery skills she developed at the women center, Tunke was also able to earn some money and buy livestock.

Ikram*, a 27-year-old refugee, also fled conflicts in her village in Sudan and found refuge in Yusuf Batil camp in Maban. Frequently victim of domestic violence by her husband, Ikram went to the HDC-run women center in the camp where she received the necessary care and counselling. Eventually, Ikram’s husband was arrested, and she was granted the divorce and custody of her three children. Although Ikram is facing economic difficulties in supporting her children due to her refugee status and does not receive any financial support from her ex-husband, she explains that she feels empowered and safer.

I thank BPRM, HDC and ACTED for supporting persons with cases like mine. I am a free woman now. I do some business at the market to support myself and my children. This is a freedom that was denied to me by my ex-husband. 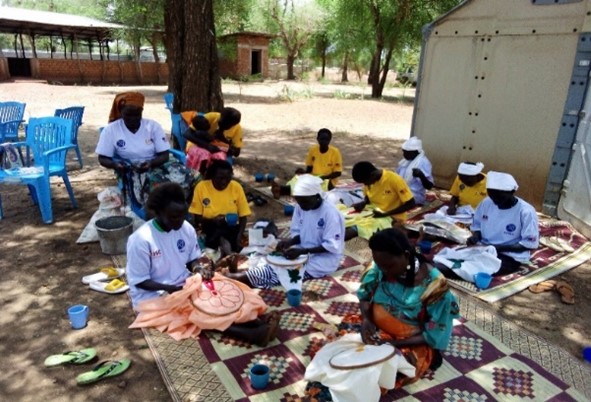 @HDC/Rita Mamai, Protection Manager.
In Doro camp, refugee women do embroidery work, the opportunity to talk on the personal experience, to benefit from psychological group support from a mental health worker and to learn new skills to support their livelihoods. 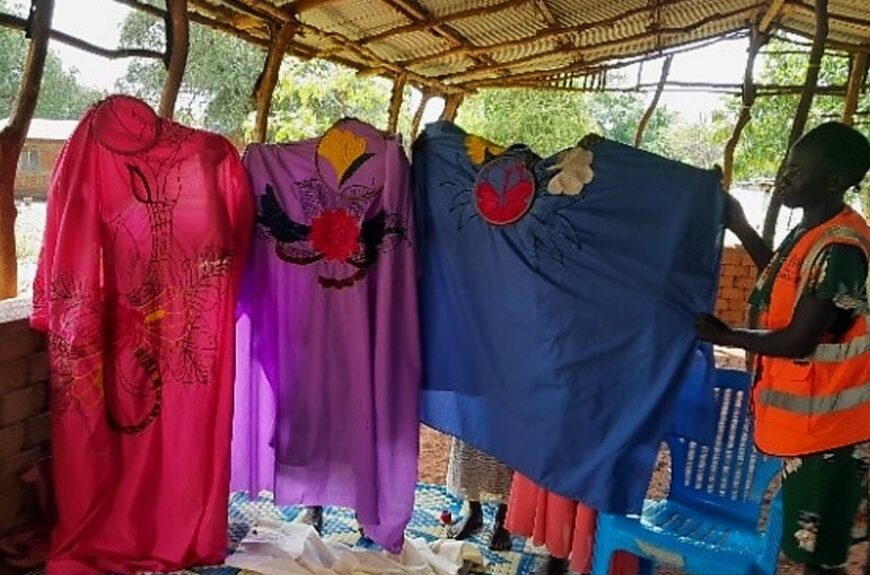 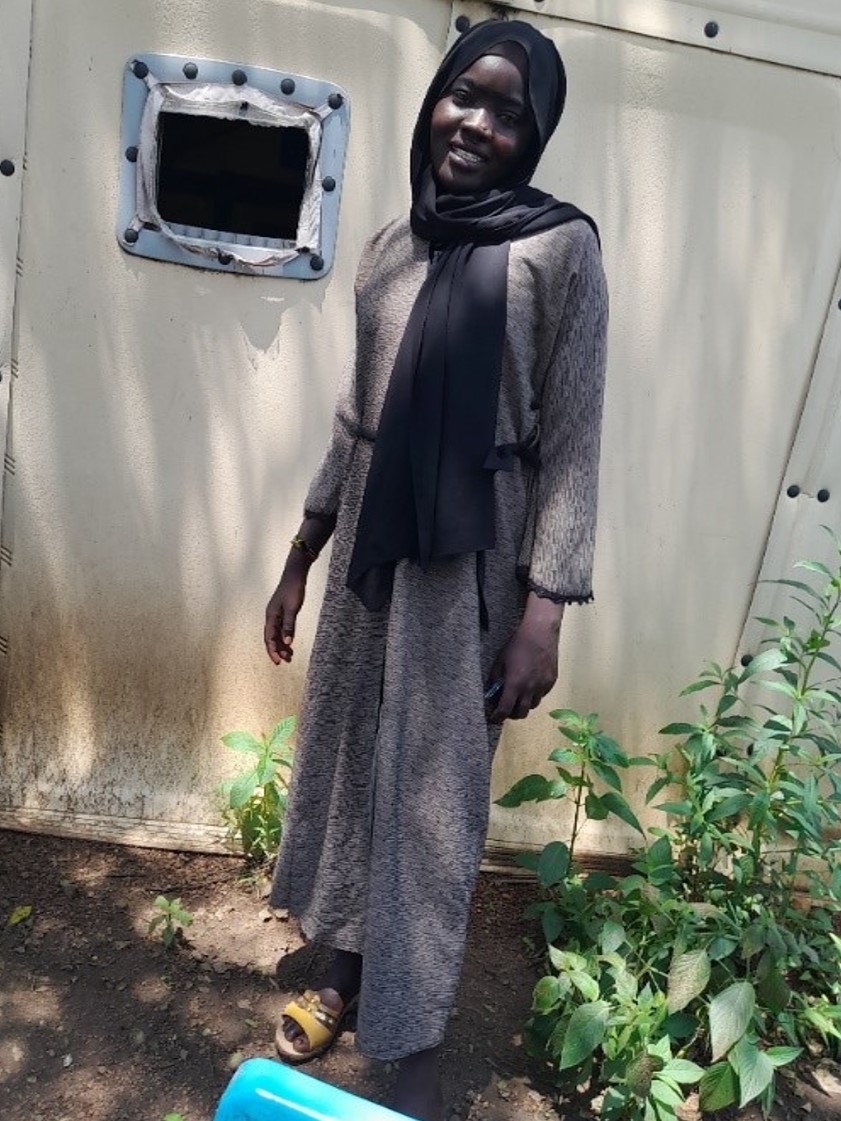 Although the healing process takes time, Tunke, Ikram and the other participating women are grateful for the relief ACTED and HDC have brought them. They also report the willingness of other refugee women in the camps to receive similar psychosocial support.

To prevent gender-based violence and ensure better protection for survivors, ACTED and HDC work with the communities to step away from stigmatization of survivors and to enable individuals and community leaders to report incidents to HDC staff. Community-based structures members are provided with awareness raising sessions to recognize cases of sexual and gender-based violence and to assist survivors. In parallel, women and girls are accompanied to handle their protection and resilience.  Through listening sessions where, while doing recreational activities such as storytelling, traditional dances, drama, kitchen gardening and embroidery, they can reconnect with the community, talk about their trauma and find psychological support.

Gender-based violence must be addressed holistically, tackling the root causes of this systemic problem through awareness raising, capacity building and referral mechanisms, while providing emergency support to survivors. Mental health and psychosocial support is an assistance that cannot be delayed.

Although this is not usually the focus of humanitarian aid, Tunke and Ikram’s stories prove that a little help with mental health can go a long way. Not only are they on the road to recovery from the trauma they have suffered, but they are also earning a living and building their own lives independently. While Southern Sudan still has a long way to go in reducing the overall number of GBV cases, especially in such a difficult political and social context, the work done in these camps will hopefully pave the way for other similar initiatives.

*The beneficiaries’ names have been changed for protection purpose.