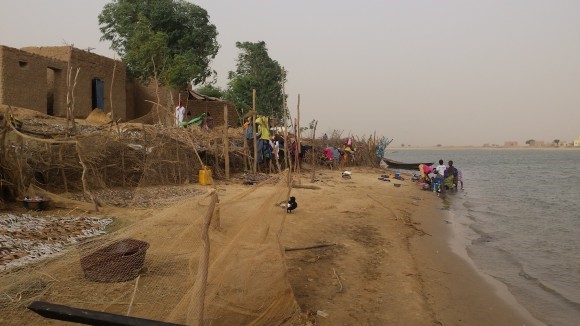 Bush fires, droughts, floods, early ponds drying up, are increasingly frequent in Mali. In the North, a particularly fragile region vulnerable to drought cycles, five major crises have affected millions of people and have had significant economic consequences. In arid areas, the recurrence of drought events leads to the loss of livestock due to the lack of forage and water, which plunge populations into a situation of high vulnerability and food

insecurity. In the short term, the food consumption of the most vulnerable households and communities finds themselves seriously compromised, while in the medium term, their livelihoods are threatened and become more vulnerable to future crises.

Natural disasters cannot be avoided, but their consequences can be reduced and mitigated thanks to preparedness and protection measures. Faced with these changes due to climate change, ACTED is supporting communities in the northern regions to give them the means to anticipate. With the support of ACTED, populations make community-based analyses of their context, their vulnerability and the capacities they have to adapt to changes in their environment and develop survival strategies. Thanks to the financial support of Food For Peace (FFP) and the Delegation of European Union, ACTED are developing disaster risk reduction plans to provide populations with facilities to mitigate the impacts of climatic hazards.

This approach uses community-based techniques and tools to support vulnerable populations who are the first victims of the risks of climate change. Local actors must be at the base of the collection of information, triggers and recipients of alert messages at the local level and first actors of response actions. Community structure is therefore at the center of ACTED’s intervention ensuring their sustainability.

Testimonies of the emergency response in northern Mali