The conflict in Libya has led to important damages on public infrastructure, thus hampering access to basic services such as education and healthcare. The electric infrastructure, which suffered severe damage, is one of the most important collateral consequences of the civil war.

Schools and hospitals were not spared. Around 200,000 children in Libya are said to have been forced out of school due to attacks against school buildings and threats of violence, as per UNICEF’s estimation in early 2020.

ACTED notably contributed to the rehabilitation works of three schools in the Eastern region (Benghazi) and the Southern region (Wadi Shati).

1625 children are now attending classes in improved and safer facilities

Located in one of the most destroyed areas of Benghazi, Omar Al Farouq school was covered with debris. The playground became unsafe for the children.

The rehabilitation of the playground not only allowed the children to play safely, but also represented a way for them to heal after years of conflict and trauma, further compounded by the Covid-19 confinement measures.

” The conflict deeply affected the mental health and morale of both young and old residents. This was worsened by Covid-19 and difficult surrounding circumstances. This project provided a healthy space for people of all ages” said Hamida, the school principal. 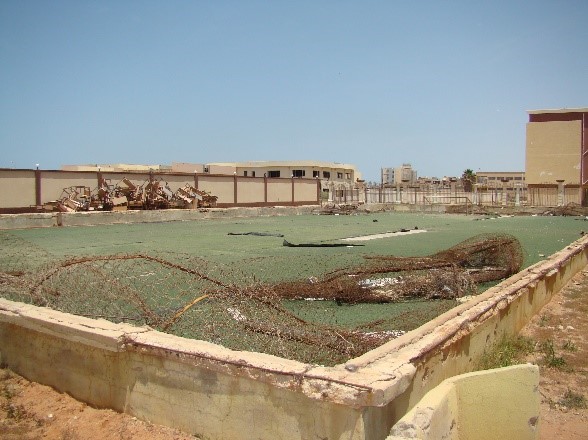 Now that the playground is finally rehabilitated, collective activities can start taking place. Over 600  additional children living nearby were also able to enjoy the new playground allowing a stronger social cohesion.

The conflict caused severe structural damages to the Sena school building. The school used to have a space dedicated to activities for autistic children, which was destroyed. The fence and courtyard walls were damaged, and the playground was covered with debris and unsafe for children.

The rehabilitation of the school included the cleaning and renovation of the front courtyard with the reparation of walls and fences. 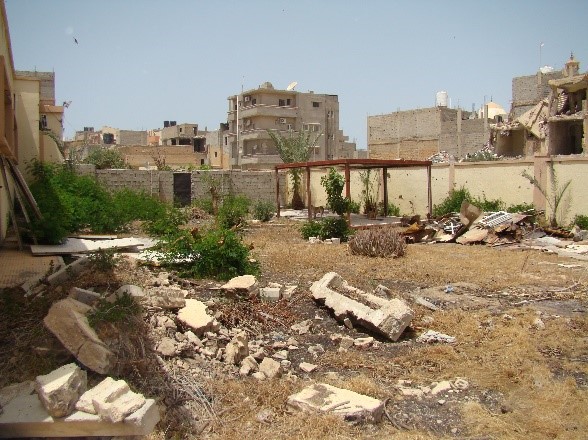 The local community decided to plant trees in order to create green spaces in the playground, which was also upgraded with new goal keepers and paintings. Sanitation and electric infrastructure were restored. To replace the former spaces dedicated to autistic children, ACTED installed new containers with bathrooms, for them to have their own dedicated space in the school.

Thanks to the rehabilitation works and the improvements, 370 children now have a safe learning and recreational environment.

Among others, ACTED installed new lightening, doors and windows, and repainted the classrooms and internal aisles.

The Al Yarmouk school is now in line with Child Friendly School Standards set by UNICEF and ready to offer its 680 students and 75 teachers  a safe and improved environment.

ACTED promoted the use of green energy as part of the rehabilitation works.

Long-term electricity blackouts and shortage in fuel have affected Sebha health facilities since August 2019, appealing for alternative power sources using the roof infrastructure of the polyclinic.

After clearing the roof from all the debris remaining from years of poor maintenance and lack of infrastructure investment , ACTED installed solar panels to supply the polyclinic with a green and renewable energy source. 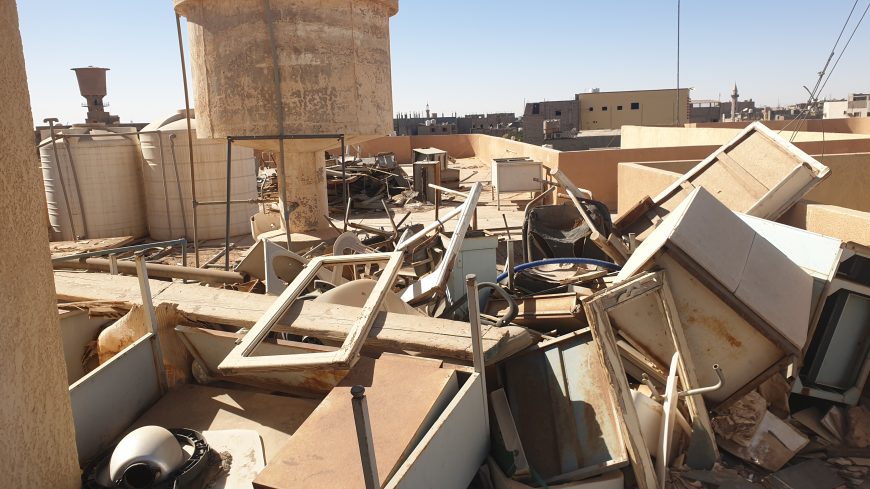 Sebha : roof of the polyclinic before ACTED's rehabilitation 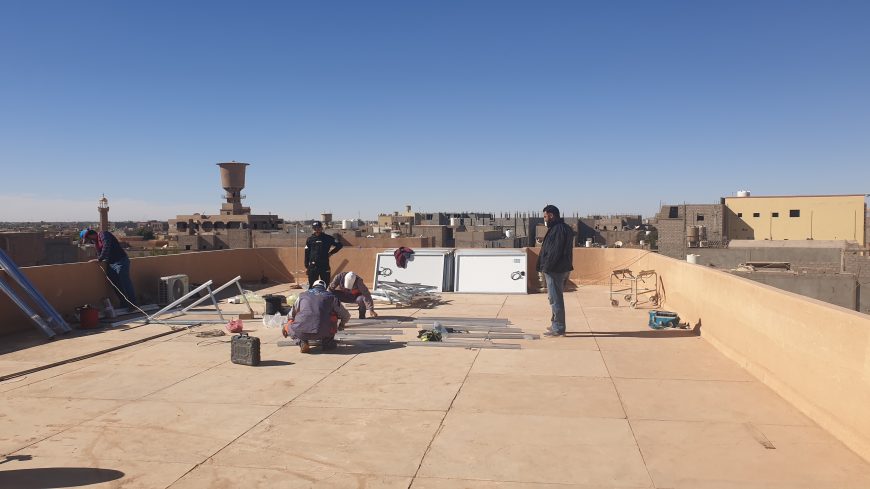 Sebha : roof of the polyclinic after ACTED's rehabilitation 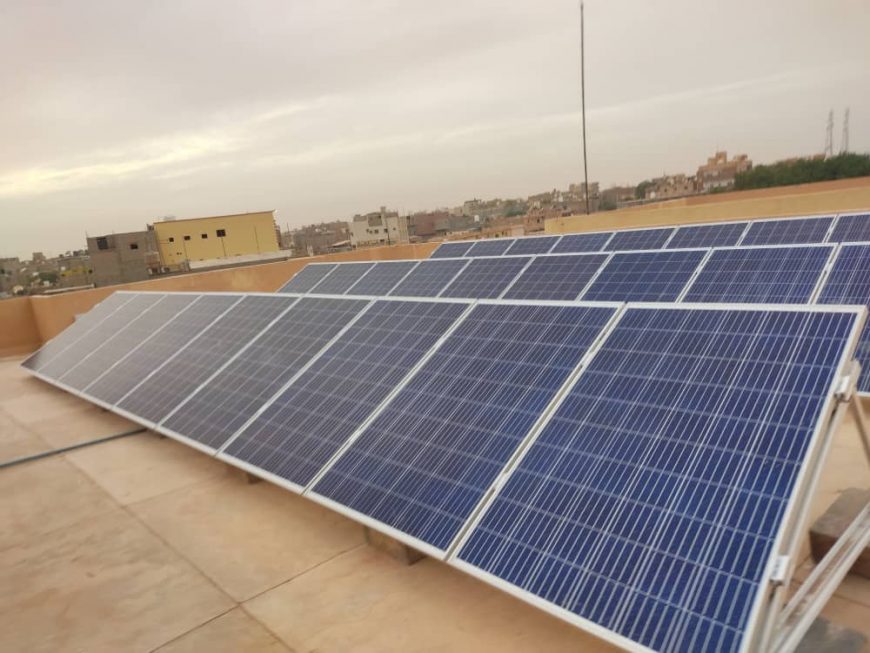 Sebha : roof of the polyclinic with solar panels

With this new solar energy system, all residents of Sebha will have access to efficient and full-time emergency medical services, and the medical staff will work in a functional environment to care about patients.

In Brak, near Sabha, the general hospital faces gaps in dealing with the Covid-19 pandemic, due to the lack of investment in infrastructure and the resulting lack of equipment and facilities.

ACTED contributed to rehabilitate medical and patients’ sections, and to improve the electricity and lighting installations. ACTED also restored the ceiling, the doors and windows, and did the painting.

The Brak General Hospital now has improved capacity to deal efficiently with Covid-19 cases, and to provide better medical services in a safe and rehabilitated environment.

*This publication has been produced by the assistance of the Office of the United Nations High Commissioner for Refugee (UNHCR). The contents of this publicqtion qre the sole responsibility of ACTED and can in no way be taken to reflect the views of UNHCR.

In total, ACTED implemented 8 Quick Impact Projects across 12 different locations in the East and South of the country in 2020, with support from the United Nations High Commissioner for Refugees (UNHCR). All these projects contribute to improving access to services and foster community stabilization and social cohesion.

Supporting the Covid-19 response in Libya amidst the ongoing conflict