Since November 2020, clashes in the Tigray region, Ethiopia's northernmost regional state, have triggered a flow of refugees into Eastern Sudan, mainly concentrated in Gedaref state. In response to this displacement crisis, UNHCR opened the Tunaydbah refugee camp in Al Fao locality in January 2021, where ACTED provides shelter and food assistance.

Gedaref, a state in the grip of a multifactorial humanitarian crisis 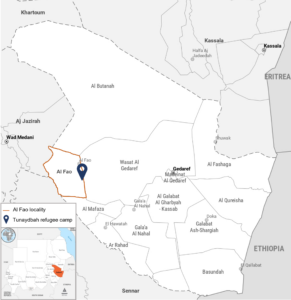 With the resurgence of conflict in the Tigray region, the number of Ethiopians seeking refuge in Sudan continues to grow. Since the outbreak of violence in the Tigray region, Sudan has welcomed and assisted more than 58,000 Ethiopian refugees and asylum seekers. The refugees are mainly hosted in two camps in Gedaref State: Um Rakuba and Tunaydbah.  As the situation in Ethiopia is still perceived as volatile, a significant flow of returns is not to be expected in the medium term.

The Tunaydbah settlement hosts 21,890 Ethiopians, representing more than 9,100 families, and the numbers continue to grow. Yet only 1,487 semi-permanent shelters have been built, leaving the rest of the families under emergency tents as we enter the third year of the displacement crisis. ACTED, in collaboration with UNHCR, is working to provide these durable shelter solutions to the displaced.

Sudan is a country subjected to floods during the rainy season, and Gedaref has been one of the most-affected state. In 2022, the rain-induced floods witnessed have been of an unprecedented intensity especially during the peak of the rainy season, from late July to late September. Al Fao locality has particularly been affected by the floods – while in other states the phenomenon is spread out across localities, in Gedaref 80% of the floods were concentrated in Al Fao.

The flooding had a considerable impact on the lives of the inhabitants. 25% of the residents of the area lost their crops and livestock, worsening the food crisis. Roads to the most-affected villages were impassable during the rainy season, leaving the population beyond the reach for humanitarian aid. Finally, on top of to the pre-existing need for additional shelters in the settlements, available shelters have been damaged, making the Shelter response all the more urgent.

Tukuls for the refugees in Tunaydbah camp

As part of its response to the ongoing crisis, and with the support of UNHCR, ACTED is providing semi-permanent shelters to the refugees in Tunaydbah Camp. The shelters installed are “tukuls”. It is a typical Sudanese shelter, also present in other parts of East Africa, that is made of local material and resources.

The members of the community participate to the construction of the tukuls through a cash-for-work modality: they receive an income in exchange of their work, which allow them to support themselves and to be empowered.

ACTED and UNHCR are also supporting the newly arrived populations in the first stages of their settlement: they are provided with emergency shelter tents and basic items (such as blankets, a kitchen set, soap), food assistance and support on their identification and registration to facilitate their access to assistance. 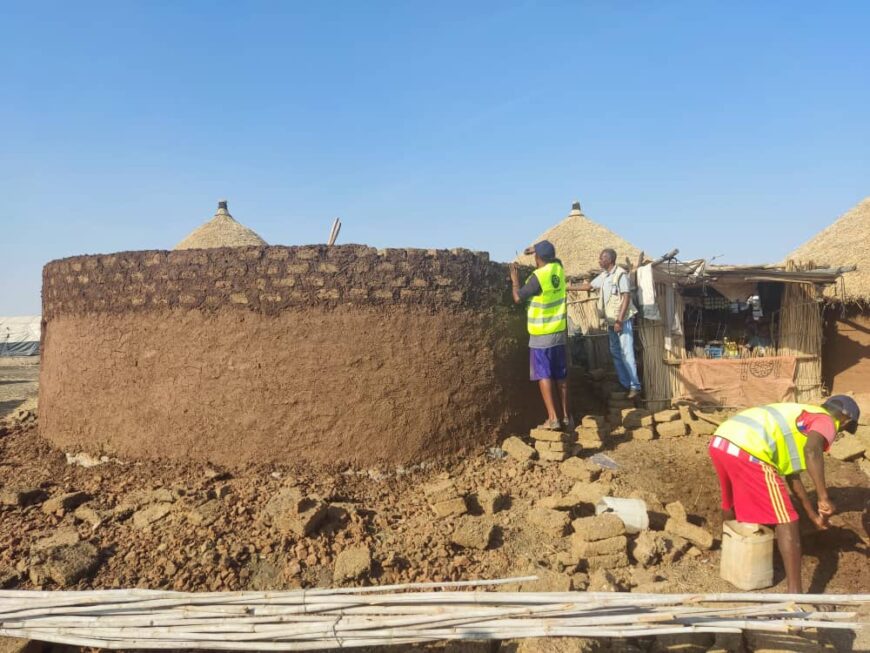 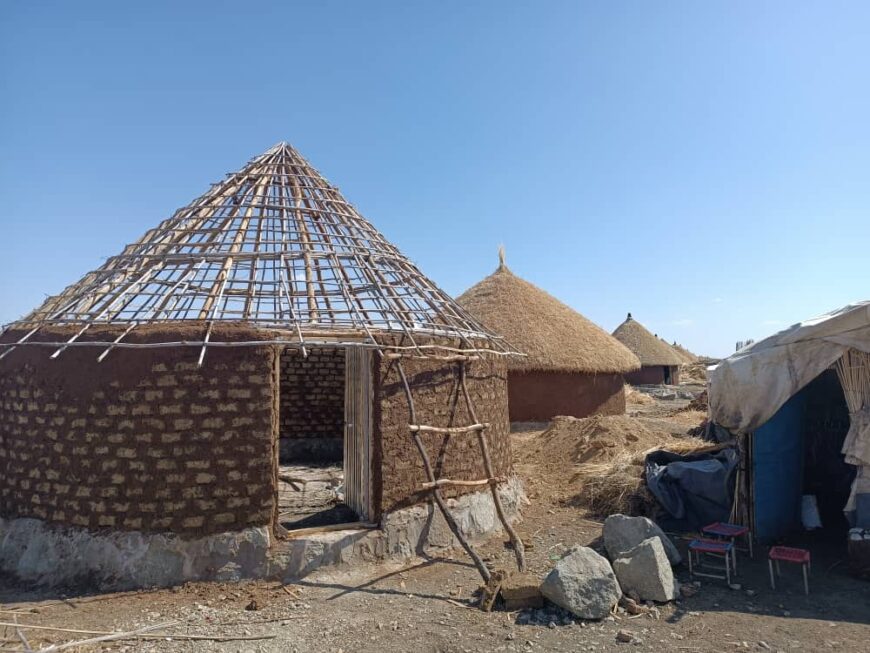 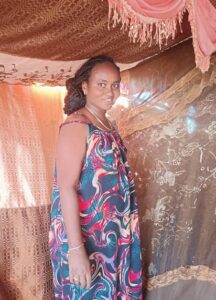 Tirhas is a 27-year-old mother who has been living in Tunaydbah Camp since January 2021. Due to the conflict in Tigray, she had to flee with her two children and sought refuge in Sudan. She explained the stress of fleeing in the middle of the winter, leaving everything she owned behind, without any kind of security or protection. Tirhas now lives in a tukul, which has helped ease her burden and offer some protection to her and her family. She works and is able to provide for them.

Finally, I regained hope in my new life thanks to ACTED and its support 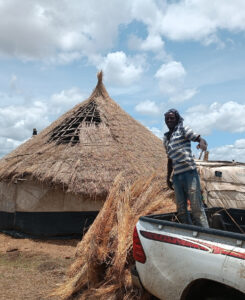 Mehary working on the construction of a tukul, Tunaydbah Camp

Mehary also benefited from ACTED’s assistance. This 40-year-old Tigrayan had to cross the border on foot with his family in search of a safer place for them. He arrived during the winter in the camp. Although the beginning was difficult, the situation slowly improved.

Mehary has been working on to the construction of the tukuls for a year and a half. He does either masonry or roofing work and has helped build 20 tukuls. In addition to earning an income, Mehary is developing his skills.

When our tent was replaced by a tukul, it gave us more autonomy

To date, ACTED, with the support of UNHCR, has built 465 tukuls in Tunaydbah refugee camp. In addition, in order to meet the immediate needs of the most vulnerable people and to avoid tensions between the host and refugee communities, ACTED has been delivering food assistance to both targeted groups.