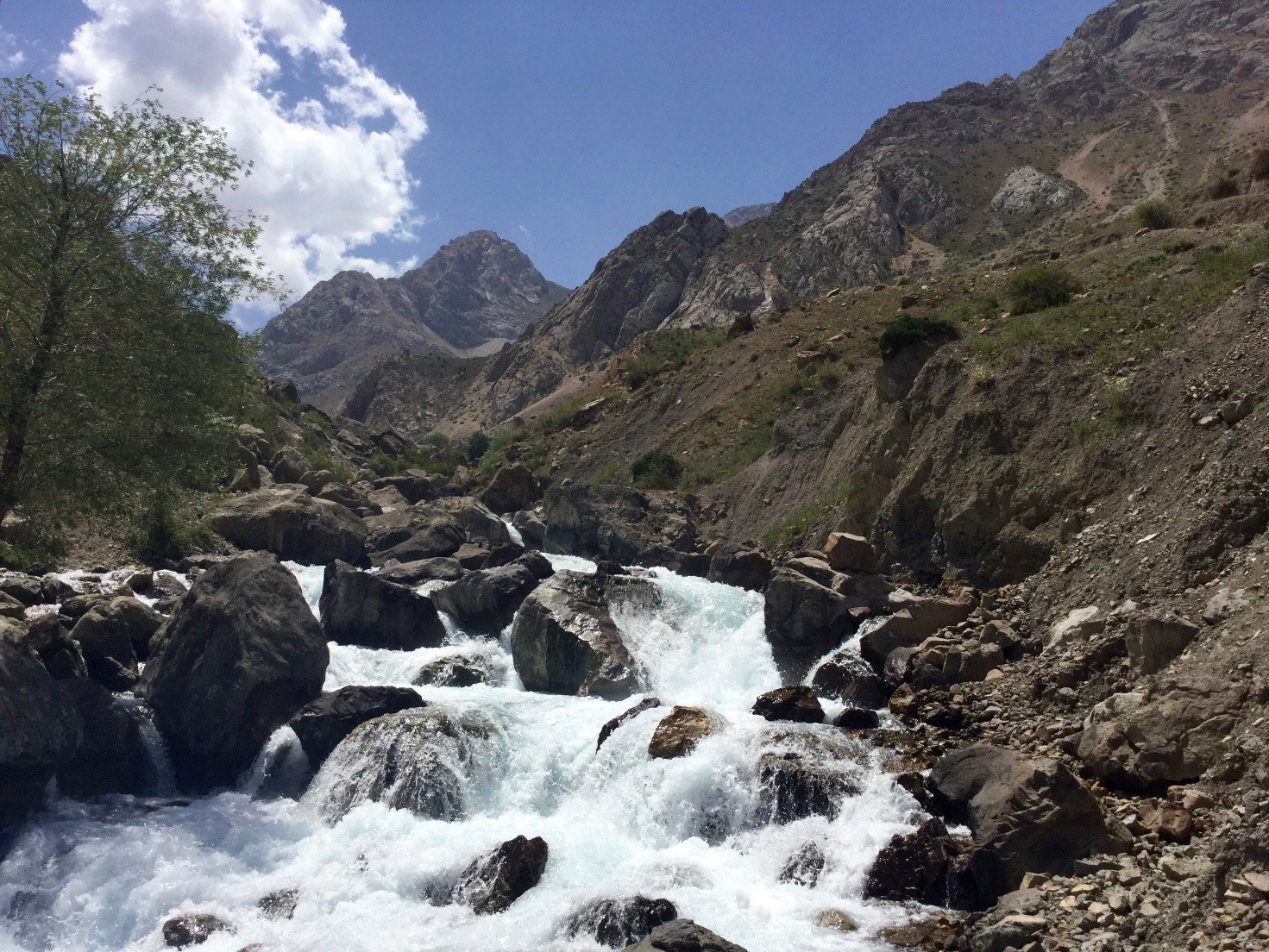 ©Emma Charreire
A river of the Seven Lakes region in the Fan mountains, 2017

Tajikistan, most unknown country in Central Asia, has a rich and diverse cultural heritage and is a treasure trove of beautiful landscapes. Water is the crown jewel, but as all that is precious, everyone wants a piece of it. Beyond that, abundant water resources in a country like Tajikistan also mean increased water-related risks.

Tajikistan, a strategic country at the heart of the Silk Road

Tajikistan’s rich history is largely unknown to Westerners. To better understand the root causes of today’s challenges, let’s get to know Tajik history.

Tajikistan still has strong and vivid Persian roots that go back to the VIth century BC with the Achaemenid Persian Empire. Since then, this small territory attracted conquerors for its resources, and for being a geostrategic crossroad between West and East, commonly referred to as “the Silk Road”.

This land was first embraced by the Greco-Bactrian Kingdom, before centuries later Alexander the Great claimed it as his “most eastern possession”. Many empires and dynasties later, in the VIIIth century the Arabs invaded the land, overthrowing the Sasanian Empire in place at that time. The first Tajik state-like structure, the Samanid Empire, is thought to have been founded around the IX-Xth century with Bukhara, still a beautifully well-conserved city in current Uzbekistan, as capital. In the XIIIth century, the legendary Genghis Khan conquered Central Asia and walked over that land. Later, steppe tribes conquered in turn the territory, while the neighbouring province of Xinjiang was integrated in the Great Chinese Empire, with an ever growing sway.

In the second half of the XIXth century, the Russian influence became prevailing. Tajikistan is an important stake for the “Great Game” between the Russian and the British Empires in the region. This geopolitical confrontation was later won by the Soviets, and Tajikistan turned into a part of the USSR. Since then, this system has been shaping the entire country’s organisation up to today.

Tajikistan became independent on 9 September 1991, which also marked the beginning of internal troubles. A civil war broke out, ending only in 1997 and causing approximatively 100.000 casualties, which is considerable in relation to the total population (estimated at 8 million).

Nowadays, Tajikistan still remains at a strategic crossroad, as China is reopening the Silk Road through major investments on infrastructures. Its current strategic position comes also from the fact that it is one of the major “upstream” countries of the region: Tajikistan and Kirghizstan both have in hands the large majority of water resources of Central Asia, and therefore the agricultural and energetic potential of their neighbours.

When it comes to water, Tajikistan is a land of lavishness, despite its small surface. Tajikistan is the wettest country of the region, with 691mm of average annual precipitation, from 100mm in the southeast to 2,400mm at the Fedchenko glacier, in the middle of the country, according to FAO. 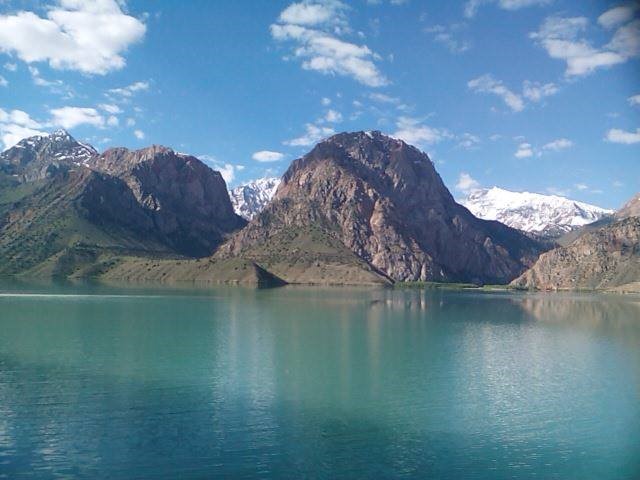 About 947 rivers longer than 10 kilometers cover the country with a total length of more than 28.500 kilometers, representing 60% of all hydro-resources of central Asia.

Tajikistan has more than 1300 natural lakes, amounting to a total water surface area of 705km2 and a capacity of 50km3. Glaciers are covering a total area of more than 8,476km2, with over thousands of them with a length of more than 1,5km. The most impressive of them has a length exceeding 16km. They represent an important water storage capacity and play a key role in the water cycle, especially in Spring, when the ice melts.

Representing key components of Tajikistan most astonishing landscapes, water resources such as Lake Karakul (380km2, 3914m above sea level…), are more than storage for drinking water, they are part of the country identity. As such, they should be protected.

Water, at a crossroad of challenges

Tajikistan’s water resources supply over 95% of the country electric consumption thanks to numerous hydropower stations, according to the Tajik Ministry of Foreign Affairs. This hydropower potential is still largely untapped and is a key advantage for supporting sustainable development. It also provides water to agriculture, which employs about 43% of the work force, and represents almost 91% of water consumption, as stated by FAO. However, due to a lack of maintenance and investment for infrastructures, irrigated crops yield is not matching the potential of the resource, while the population should reach 11.2 million people in 2050 according to UN analysts.

Indeed, in the water sector, the above-mentioned soviet heritage is still very much present, since the majority of the existing drinking water and sewage facilities were built before the 1980s and have not been properly maintained since the fall of the Soviet Union, particularly in small villages and rural areas. As a result, only 31% of rural households have access to safely managed water and 71% to improved or basic water. Access to sanitation, even if it has improved in the past years, remains poor in rural areas with only 1.7% of households having flush toilets connected to a sewer system. This situation can have dreadful impacts on children, leading to stunting and other water-related diseases.

Moreover, access to water becomes a source of conflict, for instance between bordering communities of Kyrgyzstan and Tajikistan that share a river basin in the Northern part of Tajikistan. Even between states, tensions are high. Tajikistan and Uzbekistan have been arguing for several decades regarding the current construction of the Rogun Dam, affecting downstream flow in Uzbekistan. 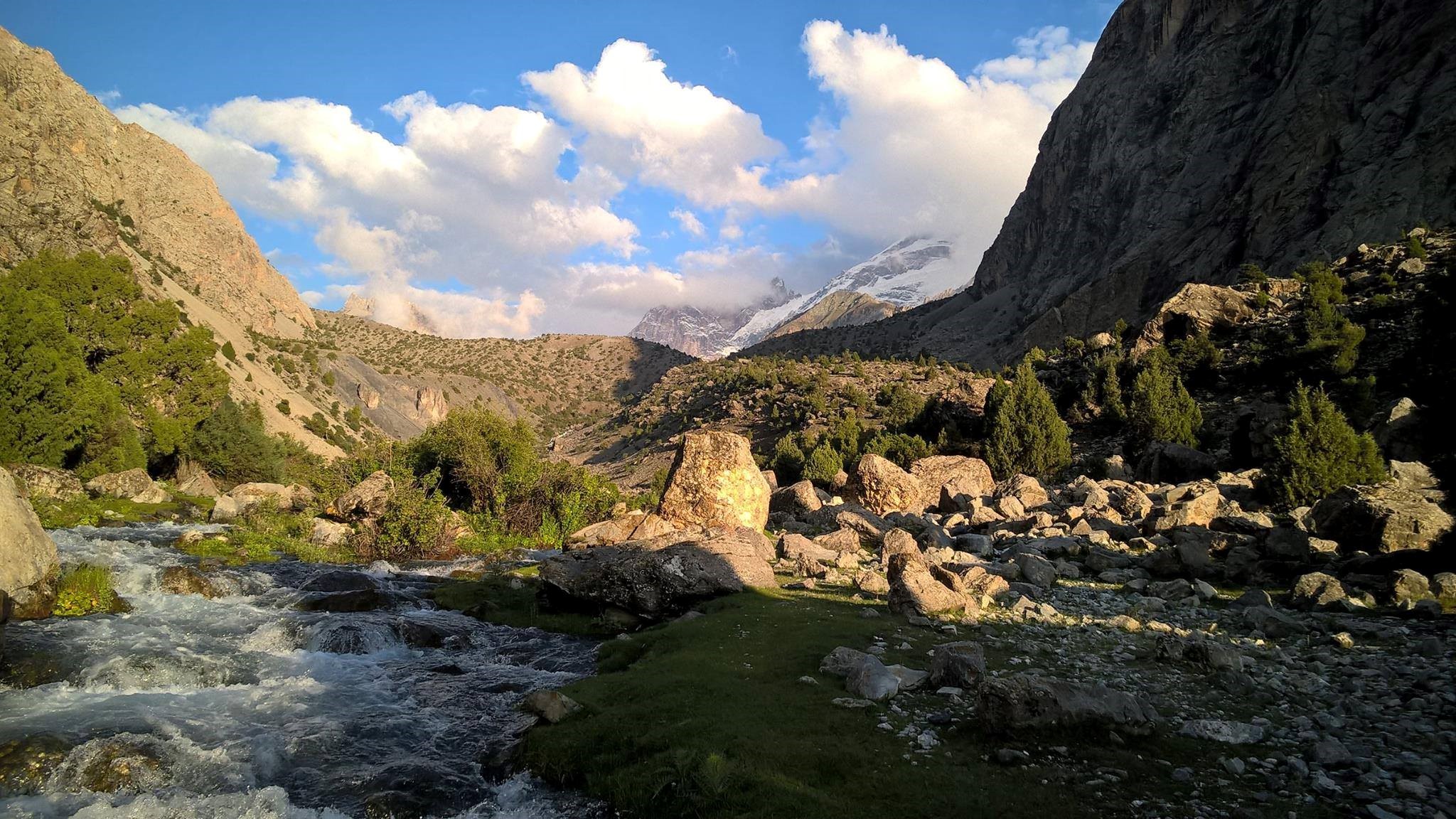 ©Emma Charreire
A stream surrounded by glaciers in Artuch region, 2017

A reform designed to deliver on challenges

In light of the great challenges faced in the sector, the Tajik government officially launched a Water Reform in 2014, for which donors and NGOs strongly advocated. The reform represents a shift in approach for water management, from the previous one based on administrative principles, to a geographical one based on river basins or watersheds. River Basin Organisations are to be created for each river basin as a body responsible for river basin planning, while the River Basin Committees will act as a consultative body and a platform for presenting a voice of basin water users. These two structures aim to develop and implement River Basin Management Plans.

ACTED has been a key stakeholder in the run up to and the implementation of the Water Reform Process. ACTED is currently implementing Integrated Natural Resource Management (INRM) projects in the Aksu river, tributary of Syr Darya river basin and on ten sub-basins of the Zarafshan river. In those areas, mismanagement of resources has led to an alarming high rate of depleting soils leading to increasing mudflows risks.

ACTED is using an ecosystem-based strategy taking into account climate change to tackle disasters risks. This consist in:

(3) Introducing the concept of Energy Efficiency and related practical methods

This approach not only focuses on tackling immediate problems but also on restoring long term natural cycle. Therefore, it takes time to show results, mainly for two reasons: first, it relies on people shifting their mind-set and habits as much in the administrations as on the fields. Secondly, the currently unbalanced natural processes can be slowed down in the short term, and only on the long term can this balance be restored again. Climate change puts an additional pressure on all natural resources and especially water, complicating the stakes.

ACTED remains committed on the long run to accompany communities towards these changes in the coming years, with its expertise and long-lasting experience of the country.