Seven months have passed since the escalation of the conflict in Ukraine. Two hundred and ten days. 17.7 million people are in humanitarian need. Thousands of refugees and displaced people.

Victor and his wife Nina live in Shestovytsya village. on the outskirts of Chernihiv oblast. He was a car mechanic, and she worked as a manager for an online shop. But their life changed completely after the full-scale invasion started. Viktor and Nina in their destroyed house in Shestovytsya village, Chernihiv oblast

“On February 24, we decided to take our children and grandchildren to our house in the village of Shestovytsya, we thought it was safer there. But later we realized that it was a mistake”, says Viktor.

The small village was occupied, and the fighting was taking place near the family’s house. During all this time, they were forced to stay in the cellar to protect themselves from the constant shelling. But not all family members could fit in the cellar. Sometimes, Viktor and his son slept on the first floor of the house, putting their lives at risk, but keeping the others safe.

We looked out the window and saw that a car with military ammunition was starting to burn near us. My son and I grabbed our grandchildren and wives and ran through the garden to the neighbors’ cellar. We had a maximum of five minutes for this.

The explosions continued for three hours.

“When we left our neighbors’ cellar, we looked at our house and saw that our house, car, and everything nearby was completely destroyed,” says Viktor. 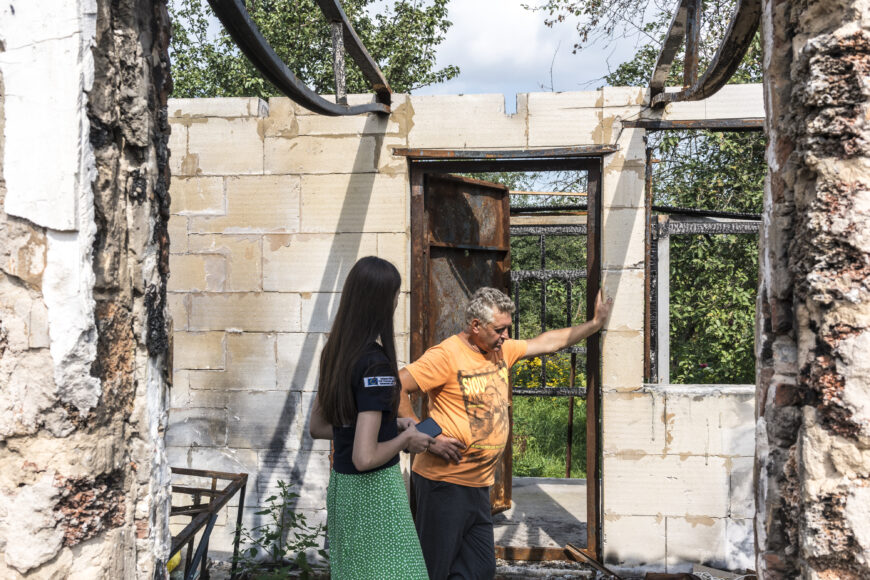 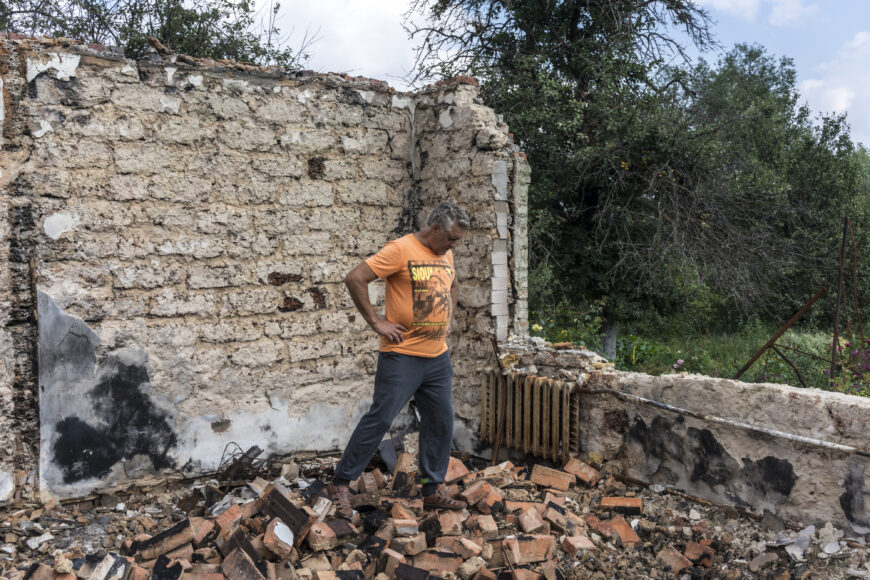 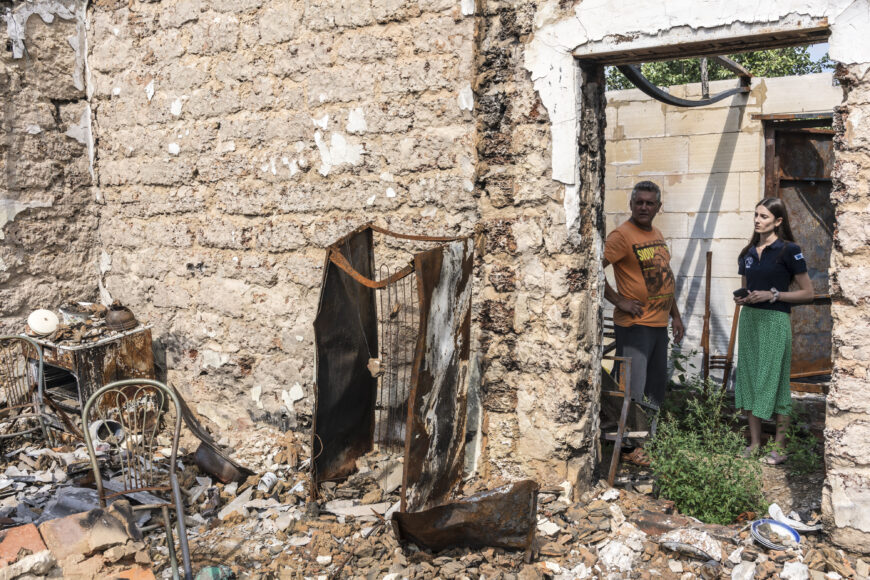 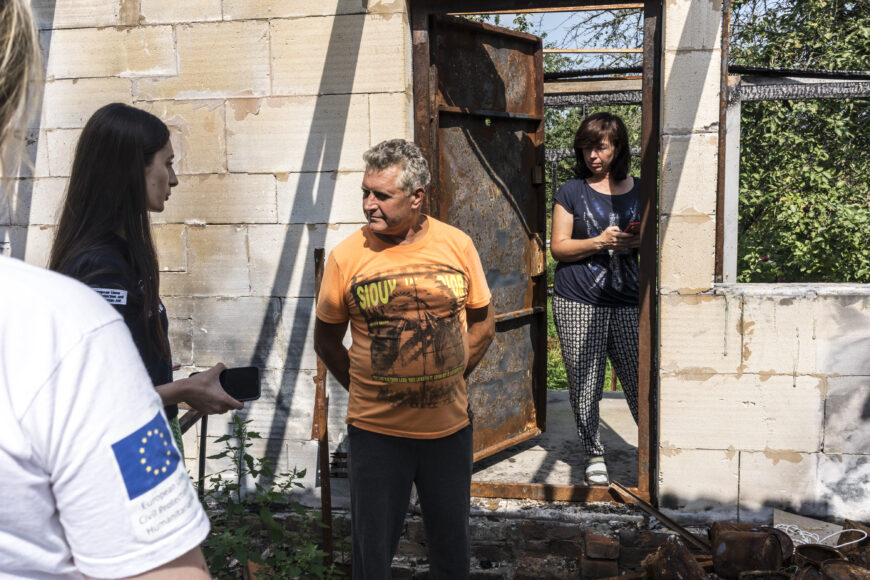 Viktor and Nina realized that their previous life was gone, along with their home. They went back to their neighbors’ house and stayed there until the occupation of the village was over.

My wife and I were left without a job, because the rockets destroyed that as well. Now, we are collecting money and materials for the construction of a new house, and we hope everything will get better. Thank you for your contribution, it is much appreciated.

They received support through ACTED’s multi-purpose cash program, which gives displaced people the ability and dignity to purchase the things they need most urgently. The program, which was launched in May 2022, provides displaced people with UAH 2,220 (around 63 Euros) per person per month, for a 3-month period. Most people use this support to cover basic needs such as housing, food, medicines, and hygiene items.

As of today, with financial support from the European Union, ACTED has provided multi-purpose cash payments to 16,344 persons, 60% of them are women and children.

Nina visits their house almost every day and takes care of the flowers and peach trees, which have been producing very abundantly this year.

“Since I don’t have a job anymore, it gives me a break from everything. I’m picking peaches, making jam, and hoping it’s all over before winter,” says Nina. 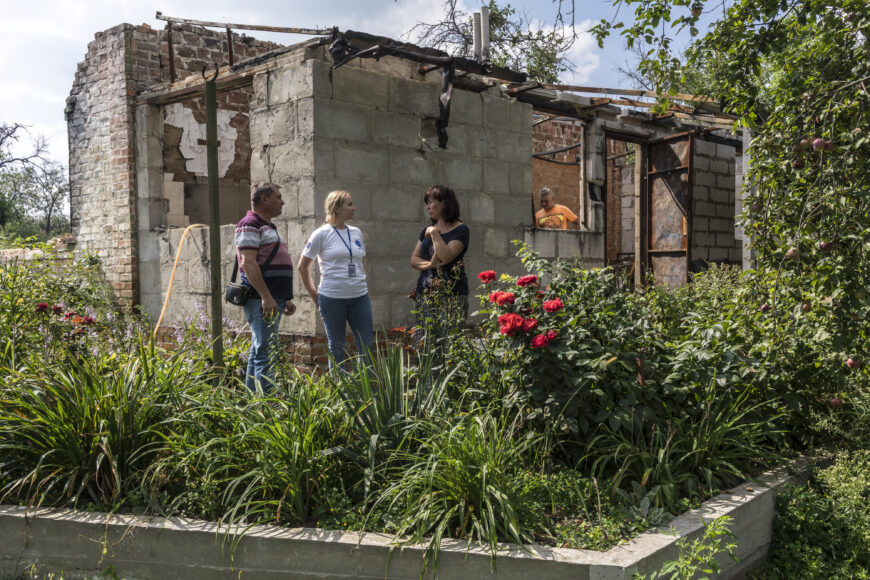 Nina is picking peaches to make jam, near her destroyed house in Shestovytsya village, Chernihiv oblast 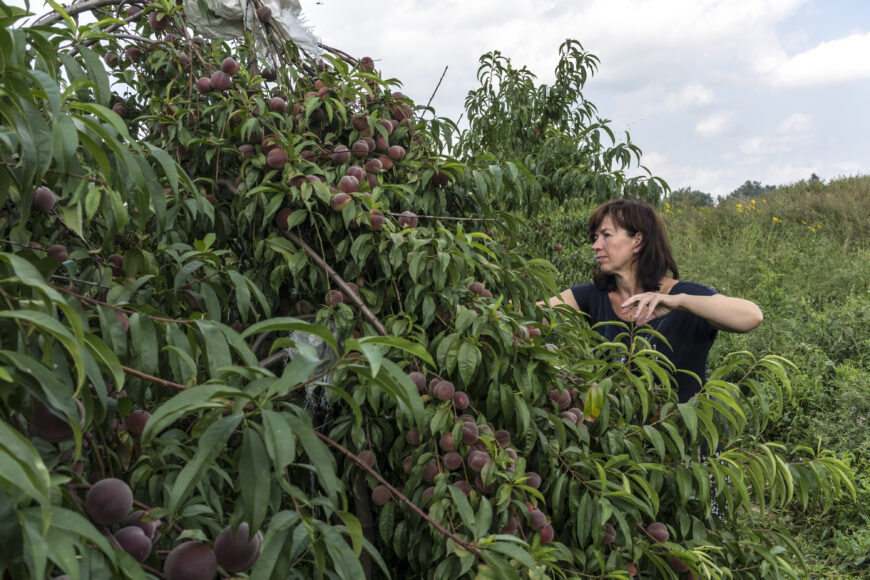 Nina is picking peaches to make jam, near her destroyed house in Shestovytsya village, Chernihiv oblast

Viktor and Nina are among millions of conflict-affected people who have lost everything, but they still hope for the best.

We are not planning to leave Ukraine. We were born here, grew up, and all our relatives are here. We will look for work, rebuild the house and wait for victory 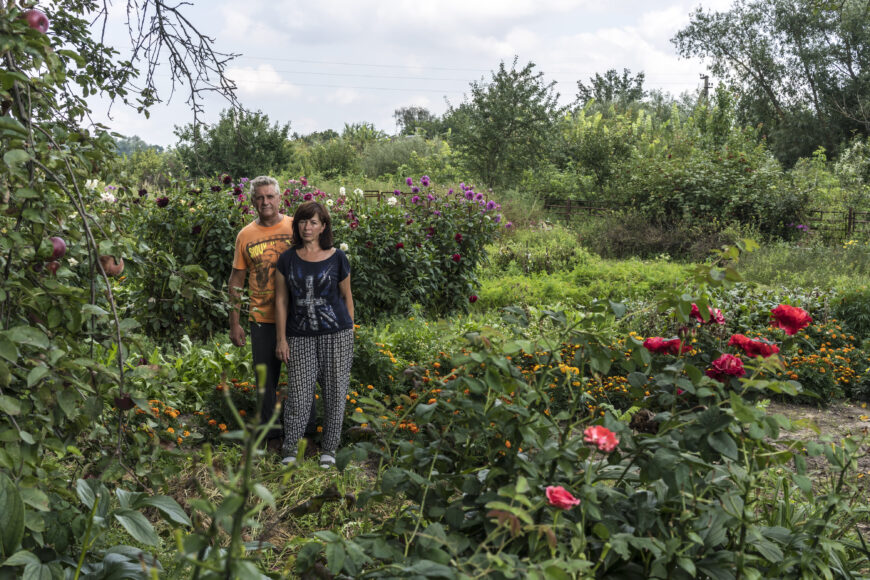 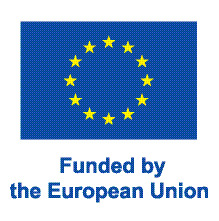 No matter the blackouts, ACTED continues to provide life-saving assistance to conflict-affected Ukrainians

Ukraine: Without home, but with hope in the heart

Ukraine: How you can help