Since the conflict broke out in 2014, some 50,000 families of Benghazi have fled their homes and moved to other areas, being hosted by their relatives or friends. With the protraction of the conflict, local schools, unfinished buildings and abandoned camp sites have become the new home of many among them. Since Benghazi was retaken in July 2017, the security status has slightly improved in the city. However, living conditions remain challenging and people lack access to the most basic services, and some 45,700 families still cannot return to their homes. 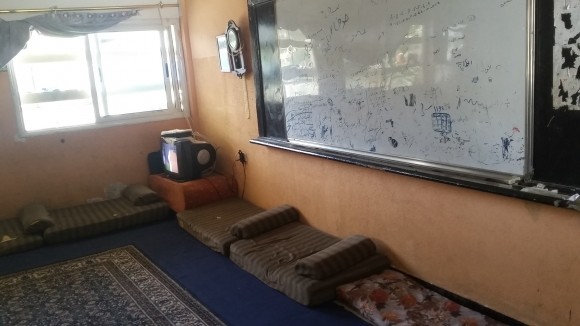 ACTED’s approach focused on increasing people’s ability to purchase essential items as a means to reduce the vulnerability, through cash distributions to some 540 families. Between June and October, these families received a total of five cash instalments of 370 LYD each (roughly 230 Euros) that enabled them to improve their living conditions by covering their most urgent needs, whether food, medicines or shelter, thanks to support from the European Union Civil Protection and Humanitarian Aid Operations (ECHO) and the UN Refugee Agency (UNCHR).

ACTED teams recently visited the beneficiary families to learn about their experiences and feedbacks on the intervention and hear their stories.

The cash transfers gave us hope.

When the conflict broke out in 2014, Hamida, her husband and eight children were living in her family home in downtown Benghazi, where Hamida’s husband made a comfortable living as a construction worker. As the security situation grew worse, the family fled Benghazi to eventually move into a public school classroom where they still live today.

Now Hamida’s husband repairs TVs to provide as much as he can for his family, while Hamida takes care of their children. She talked about the difficulties that she and her family faced these past few years and of how financial assistance eased their struggles: “The cash transfers gave us hope, hope that once order returns to Benghazi, my husband will be able to make a decent living and we will be able to rent an apartment until we rebuild our home.”

Today we are renting a small apartment!

Soloman, a 66–year-old man, originally a Benghazi Port Authority clerk and downtown resident, found himself displaced together with his wife, five sons and three daughters. After residing with relatives for some time, Soloman and his family moved into a public school classroom. At the end of 2016, the economic situation became really bad and their situation only got worse. “Things began to change when we started to receive cash assistance and today we are renting a small apartment. It needs painting but it is better than living in a public school, at least here we have our own private washrooms.”

The cash transfers brought a lot of happiness back into our home.

Mansour and his wife moved into a multiple room trailer within an abandoned infrastructure camp site in Benghazi in 2012, where they started their own family. In October 2014, when fighting began in Benghazi, they had to leave their place. Mansour came back home a few months ago with his wife and their two young children. He pointed to the water tank atop metal frame, telling ACTED surveyors: “I used part of the cash to do repairs around my home, some water piping and also to cover the expense of hauling water to fill our water tank regularly.” Mansour then continued: “It was really great to see my kids getting excited during the past two celebrations of Eid Alftar and Eid Adha. The cash transfers brought a lot of happiness back into our home.” 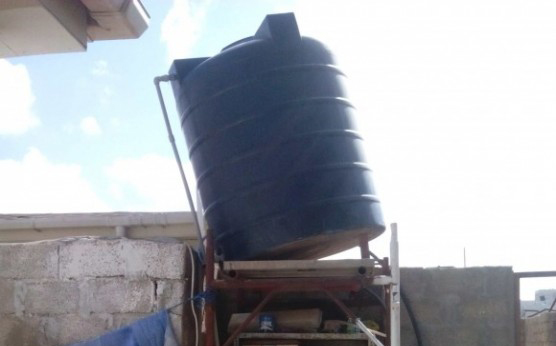 ACTED 2017
Mansour used part of the cash transfers to repair his water tank and water piping as well as covering expense of hauling water, Benghazi

The cash assistance has allowed me to continue to pay my four daughters’ school fees.

When fighting broke out in Benghazi in October 2014, Mohammed, his wife and their six children, left their downtown home in Benghazi to rent a home in al-Hawaria. However, they had to flee again when fighting reached their new refuge. Before the conflict broke out, Mohammed used to work as an administrator at the local Urban Planning office, and was able to provide for his family. When his youngest son got badly injured in an accident, requiring specific health treatments and frequent travel to hospitals abroad, he started to face serious financial difficulties. Health expenses put a heavy strain on Mohammed, forcing him to constantly seek the cheapest available rent space for his family.

With subsiding of conflict in Benghazi, and with financial support through the ACTED cash transfer project, the family moved to an apartment complex in a recently retaken part of the city, though infrastructure and basic service provision remained largely in disrepair. “The cash transfers enabled me to continue to pay my four daughters’ school fees. Our apartment is alright, but there is still a lot of work to be done to rehabilitate the whole area”.

ACTED is currently scaling up its cash activities, both in geographic terms and by targeting more beneficiaries. As Libyan families remain highly vulnerable and in need of support, ACTED has opted for expanding cash-based assistance projects funded by UNHCR, GAC and ECHO. Building on its previous experiences, ACTED will continue to provide support to displaced people, returnees and families that are part of hosting communities across Benghazi, but also in Tripoli (West) and Sebha (South).

Supporting the Covid-19 response in Libya amidst the ongoing conflict