Kenya is currently facing the worst desert locust invasion of the past 70 years of its history.

As of June 2020, 3.1 million Kenyans are struggling with food insecurity; the majority of whom are members of agro-pastoral communities living in the Arid and Semi-Arid Lands (ASAL) in the north of the country.

These communities are highly dependent upon the rangelands which feed their livestock and the cyclical rains which feed their crops. For this reason they are particularly vulnerable to climatic hazards such as floods and droughts, as well as desert locust infestations. These infestations have already devastated tens of thousands of hectares of land, crops and rangeland, consequently undermining the livelihoods of local agro-pastoral communities.

To support their recovery, the ACTED-led Kenya Cash Consortium (KCC) is providing multi-purpose cash assistance since July 2020 to vulnerable food insecure households in six counties of the ASAL, including Samburu, Turkana, Marsabit, Mandera, Wajir and Isiolo, considered the epicenter of the crisis.

What is ACTED doing to help?

The combination of climatic hazards, locust infestations and the COVID-19 pandemic, poses a great threat to food security in the affected counties. With the destruction of lands and crops, food prices have considerably increased. Populations struggle to access food, and most people lose their livelihoods. Their livestock is deprived of pasture and produces less milk. Families lose the income they used to generate by selling milk, while also affecting the nutrition of children in particular.

Halima, a 66-year-old widow from Samburu County, explains how she used to make a living from her small herd of goats, before the locusts arrived. “I could afford basic items, such as food for my family. However, this has changed with the locusts, which destroyed forage for our livestock and contaminated our sources of drinking water. This caused disease both for us and our livestock, and most of our animals have died.”

Halima had to leave behind the remaining livestock with her relatives, who traveled to grazing areas not affected by the pests. “This left me with nothing to sell to meet my family’s food needs. With the cash I received from ACTED, I have been able to buy food for my family, invest in a goat and start a business selling biscuits, local shoes, and snacks. My small business and my goat will allow me to generate income and meet my family’s needs for the future.” 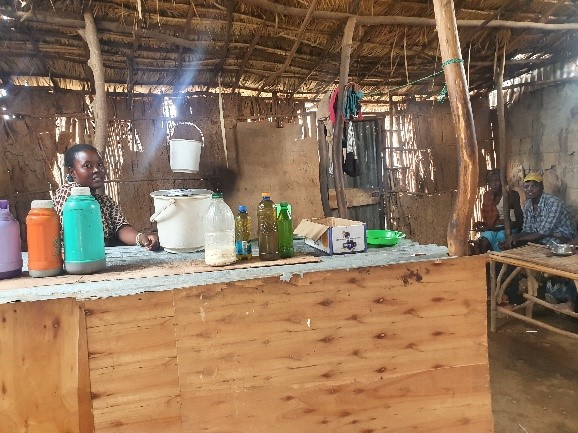 Supporting the most vulnerable families

The Kenya Cash Consortium (KCC), led by ACTED, has been providing emergency cash transfers to over 11,000 food insecure households

The Kenya Cash Consortium is led by ACTED in partnership with Concern Worldwide, Oxfam, IMPACT Initiatives and the ASAL Humanitarian Network, with funding from the Directorate-General for European Civil Protection and Humanitarian Aid Operations (DG ECHO).

Kenya : Including Unregistered Refugees in the Cash Equation