After the armed conflict outbreak in 2014, the income of Oksana, mother of two, fell short. What she earned was not enough to feed and care for her two 2 years old and 15 years old children and she had to find new ways of generate income just to make ends meet.

Oksana used to live in Mariinka, Donetsk oblast which is less than 1 km from the Contact Line in eastern Ukraine. Life near the place where the hostilities are taking place was full of contrast.  One day they lived their normal life, children played games, went to school and in another one they all stayed in the bomb shelter.

The main problem in their village was the lack of jobs. People depended on humanitarian aid from international non-governmental organizations. They also tried to do business – sell items, but in most cases, there were not enough funds to do this successfully.  In 2019, ACTED together with partners with financial support from Global Affairs Canada started to implement a 3 years project to ensure economic security, economic and employment opportunities, and economic empowerment for women, girls, and the most vulnerable people in conflict-affected areas of Ukraine.

“When I was looking for opportunities to raise the income of my family, ACTED’s representatives went to my village to present this program.  Encouraged by the project, I realized that receiving this livelihood grant is my chance to boost my family’s income and secure better living conditions. After applying, my grant was successfully approved, and I started to do what I love – growing mushrooms.”

Oksana bought  the seeds and began to grow mushrooms. The money received from the sale was enough to meet their needs. Towards winter, her business began to scale and she began working with stores that sold her goods. The business started to bring greater prosperity and opportunity to her family.

“The grant received contributed significantly to improving the living conditions of my family and my children. I know the people in my village who got it as well and were able to improve their living conditions significantly. This is great support for women, which gives hope and faith in the future, that everything will be good and we are not alone. Also, this opens a second breath to the possibility of self-realization. Thank you so much for this opportunity!”

But then everything was like a nightmare. Armed conflict escalation, shelling every 10 minutes, electricity cutting, and don’t have the possibility even to cook food.  Oksana understood that this will be going on not some days, weeks and even months and that is why her family decided to evacuate themselves from their home village to a safer place. 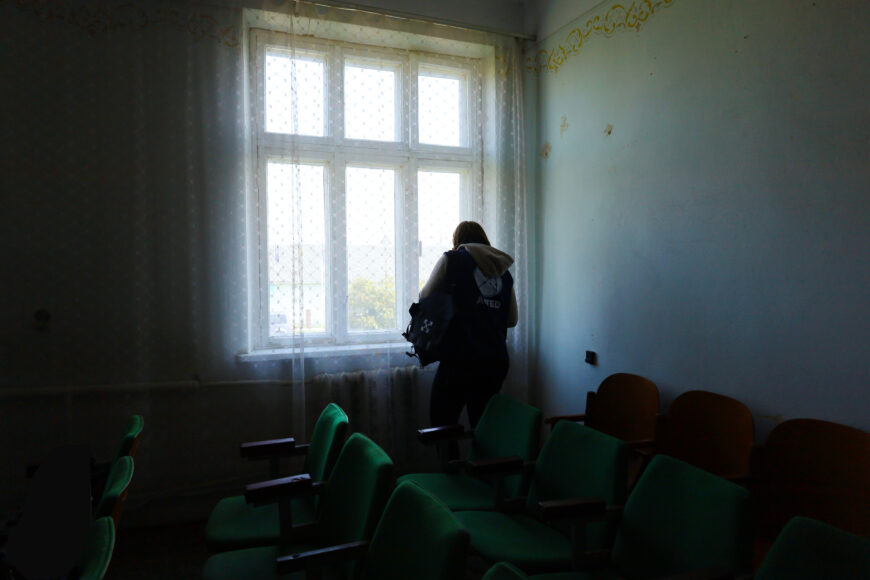 “I remember how hard it was to leave the place where I was born, where I built my life and believed in a happy future. But my priority was to save lives. There were only 500 hryvnias in the pocket,  5 packs of baby porridges left in the bag, and a few pieces of sweaters. After arriving at the station I did not know where should I go. Then it was announced that the next train would go to Lviv, western Ukraine.  Suddenly my phone started to ring. I picked up the phone and heard the voice of a girl who introduced herself as an ACTED employee and informed me of the possibility of receiving cash assistance for displaced people in Lviv. At that time it was like a sign from heaven so I got on the train and went to Lviv.”

Oksana is one of the thousands of displaced persons who have benefited from the USAID­supported project within which ACTED distributes multi-purpose cash assistance to the people affected by the conflict escalation. It gives them es the flexibility and dignity to choose how to cover their needs. In general, more than 29 thousand people affected by the conflict in Ukraine have already received financial aid from ACTED with the support of USAID Bureau of Humanitarian Assistance and other international donors.

But even then, while traveling on the train, Oksana realized that she needed to look for a job to provide her children with all needed in a new place. Having experience working in a local civil society organization, Oksana began applying to humanitarian organizations free vacancies with the high hopes that she would succeed. 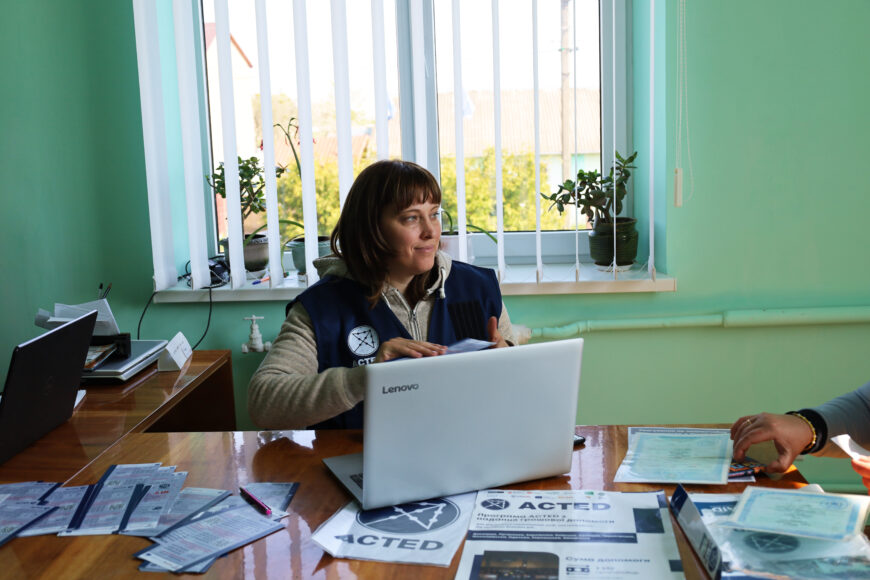 “A few days upon arrival I received financial assistance which gave me the possibility to ensure our basic needs. 1 month later I was invited to an ACTED interview and offered a vacancy for an enumerator. After that, I said “thank you” to God all night.  Thank you ACTED for bringing hope in my life and thank you from all displaced people for supporting us.”

Ukraine: Without home, but with hope in the heart

Ukraine: How you can help

No matter the blackouts, ACTED continues to provide life-saving assistance to conflict-affected Ukrainians