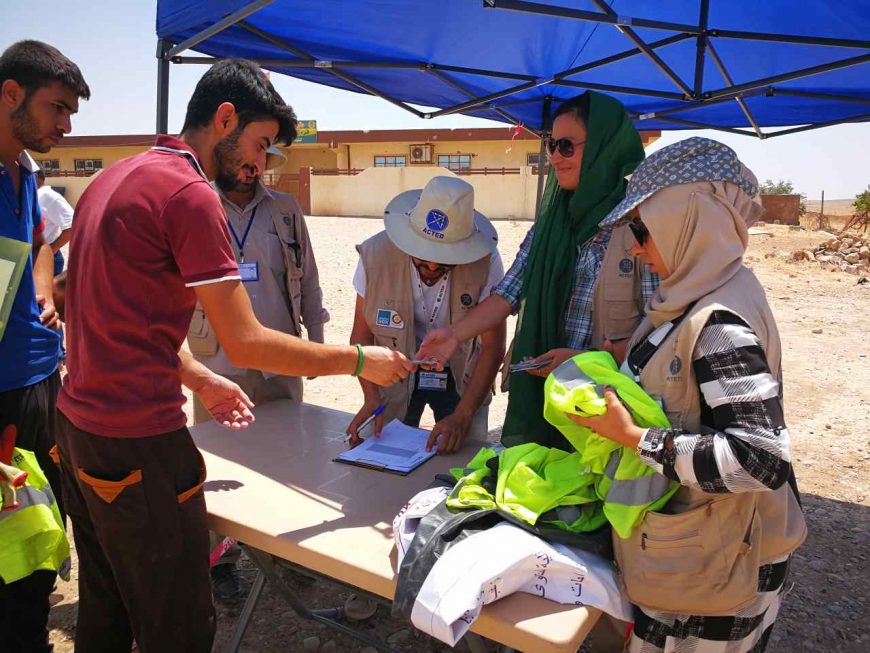 As of early October, an estimated 816,882 Internally Displaced Persons (IDPs) from disputed territories, west Mosul, and west Ninewa remain in displacement, according to UNHCR. Many of these families are unable to return due to lack of services or a high level of destruction leaving neighborhoods unsafe for habitation. Further, throughout September ACTED prepared for the Hawiga offensive, which has displaced an estimated 33,000 persons since the beginning of operations on September 21. Throughout August and September 2017, ACTED continued to provide multi-sectoral assistance to address the needs of IDPs, returnees, and host communities in response to the most urgent needs as they developed.

In preparation for the expected displacement of persons fleeing the Hawiga military offensive, ACTED has been preparing to meet the most urgent needs of IDPs. With support from OCHA, ACTED will distribute emergency sealing off kits, mobile non-food items, and winterization kits to support 10,500 IDPs living in inadequate housing situations. Further, 1,300 winterization Non food items top-ups will contribute to this response in partnership with Shelterbox.

ACTED continued to respond to the prolonged displacement caused by the retaking of Mosul city and the surrounding area in a multi-sectoral response. ACTED manages Salamiyah 1 and Salamiyah 2, two fully occupied camps with a combined population of 33,455 individuals, in Hamdaniyah district, Ninewa governorate. Further, ACTED provides essential water, hygiene and sanitation services to the residents of Salamiyah 1, including the maintenance of a pipeline running from Salamiyah water treatment plant to ensure effective and efficient access to water.

In September, ACTED provided first and second line response to child protection needs in the Ninewa governorate (Khorsebat, Bashiqa, Abu Jaboa, Talyara, Tawila, Bawiza, Orta Khrab), with an average of 450 children participate in psychosocial support activities throughout the month. In addition, ACTED is providing 130 children with case management. Additionally, ACTED has worked to address the shelter and non-food item (NFI) needs of individuals who have fled from Mosul across Ninewa governorate. Throughout September, ACTED has supported 136 households with emergency shelter kits and 207 households with Sealing off Kits. Finally, ACTED continued to conduct water trucking in multiple neighborhoods in East Mosul for an estimated 6,600 individuals, and distributed water and hygiene kits to 790 families.

In consortium with People in Need (PIN) and as part of the Alliance 2015, ACTED is implementing a multi-sectoral response across Mosul and the Mosul corridor. In September, 424 households in Mosul City received one-off emergency one-off cash transfers. Registration of children for psychosocial support and non-formal educational activities was conducted throughout September, and activities are expected to begin in October across three neighborhoods in West Mosul. The distribution of non-food items (NFIs), WASH and hygiene kits are also upcoming. 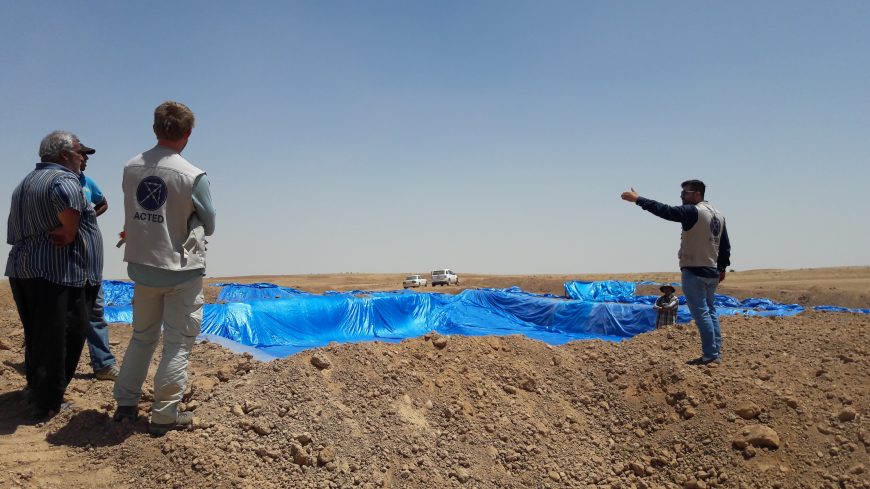 Throughout Kurdistan Region of Iraq, ACTED continues to act in a coordinated multi-sectoral response. An estimated 58,282 individuals in September benefited from rehabilitated water networks across communities in Summel, Zakho, Amedy and Dohuk districts in Dohuk, and Telefar in Ninewa governorate. Further, ACTED provided 1,717 Syrian boys and girls between the ages of 5-17 with access to psychosocial support services through Child and Youth Community Centers across Qushtapa and Darashakran camps. Additionally, ACTED operated a Child and Youth Friendly Space in Domiz 1 and Domiz 2 camps, while also providing recreational and non-formal education activities to multiple locations through a mobile team, in total reaching 203 children and youth across Dohuk governorate. Across four IDP camps in Erbil (Ankawa/Ashti, Debaga, Baharka, and Hashram), ACTED is also partnering with WFP to provide cash-based transfers through mobile phones to a targeted 6,050. Finally, ACTED maintained its engagement in the Common Service Feedback Mechanism, to improve the coordination between humanitarian service providers and refugee and IDP communities across Erbil governorate.