Ensuring vulnerable communities have up to date information on Covid-19

The Covid-19 pandemic has affected communities globally, including rural and displaced populations in Somaliland.

At national level, many of the first cases officially recognized were found in Togdheer, a region hosting a high number of internally displaced persons.

Given the poor level of access to vital information on the basic steps families can take to protect themselves within often crowded living conditions, ACTED staff set to work to ensure such information was widely available.

IDP communities often have to fight for basic access to basic amenities and the kinds of services that others take for granted.

Living in peripheral or underserved/unrecognized settlements, these communities are often forgotten when it comes to public awareness campaigns. This is made clear from the situation in Togdheer prior to ACTED’s intervention: Some members of the community were unaware of the existence of the Covid-19 pandemic, while others did not have information on the symptoms, risks, mitigation strategies, or when to approach health services. 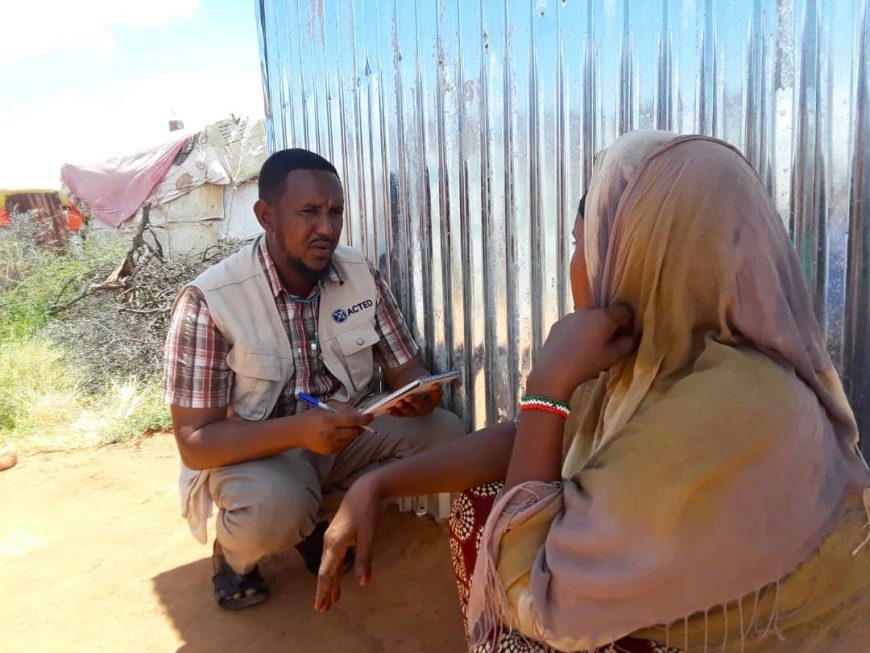 In order to improve the situation, ACTED staff conducted awareness campaigns to disseminate information on the risks and mitigation measures necessary to help contain the spread.

ACTED provided information through: SMS texts, broadcasts via Horn cable TV, and a poster campaign in public spaces (including health units and community centres). To ensure the communities themselves played a key role in the campaign, ACTED organised for members of Camp Management Committees to take part in in-depth trainings on mitigation measures and identifying symptoms of the virus. 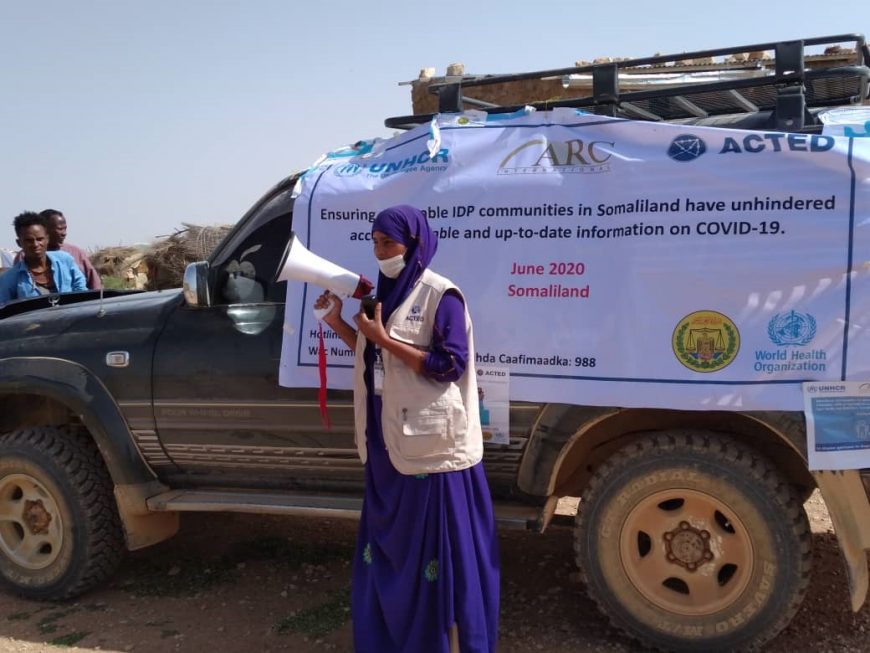 Hodan, a 40-year-old mother of six children, has lived in an IDP site in the Togdheer region for three years. After her tea shop closed, she no longer had an income and was unable to pay the rent for a private house and was thus forced into an IDP site. Before ACTED’s intervention, Hodan was among those who had heard about Covid-19, however, she was unclear on the proper prevention measures, and received this information from ACTED staff for the first time.

“Initially, when we first heard of the pandemic, everyone interpreted it in his/her own way: Some believed it will not reach in Africa or Somaliland but it did; others believed that it was like normal cough but we have seen the death of great numbers of people,” said Hodan.

When Hodan received Somali-language information on how to protect herself, her family and the community through reducing the spread of the virus, the positive impacts were immediate: “Now we are practicing social distancing when at the market,” said Hodan.

Cash assistance to support families for emergency relief in Somalia

Women at the forefront of camp improvement

In Somalia ACTED encourages a resilient agriculture against climate change

Battling effects of the drought: a victim of water-borne diseases speaks

Land evictions on the rise for IDPs in Garowe District

ACTED Humanitarian response in Sanaag and Baidoa in Somalia

Expectations of the London Conference by Humanitarian and Development Actors Operating in Somalia, May 11th 2017