We are all united for economic recovery and peace consolidation for a sustainable development in Bambari city”. With this ambitious objective in mind, ACTED implemented one of the activities of its emergency response project to support vulnerable populations with support from the European Civil Protection and Humanitarian Aid Operations (ECHO).

Bambari is the second largest city of the Central African Republic, and experienced several security shocks in recent years, due to clashes between armed groups. Civilian populations were not spared, suffering from violence, looting and destructions of their houses and goods. The population suffered dramatically, and most of the people are now left without resources and vulnerable to potential future shocks.. ACTED has aimed at providing immediate relief assistance to these people by creating temporary income generating activities, known as “labour-intensive projects” in the Central African Republic (locally THIMO).

This “THIMO” project has a triple objective: it allows youth, women, displaced people, elderly people and people with disabilities to have access to a temporary income, by working in the community interest. Their intervention on an identified site enables to improve the living conditions of people living in Bambari. The temporary workers receive cash, thus increasing their purchasing power, ultimately benefiting the local economy. ACTED employed 1,100 unemployed people (80% youth and 52% women) to carry out sanitation activities like weeding, clearing of gutters and culverts, waste collection and disposal, as well and embellishment works of public spaces, including the reparation of low walls, monuments, and sign posts.

With the cash they received, workers mostly bought food for their family as well as health services and school fees for their children. Some also invested in an income-generating activity, like small shops, hairdressing business orsewing workshop. These activities will allow them to have more regular revenues in the future.

In addition to these activities, ACTED also supports the food security cluster by organizing trainings and seeds and tools distributions to vulnerable families in the Mbomou and Haut-Mbomou prefectures.

Finally, to respond to the shelter needs, ACTED supports returnees in the Ouaka prefecture for the reconstruction of their destroyed houses during the security events of the last years. 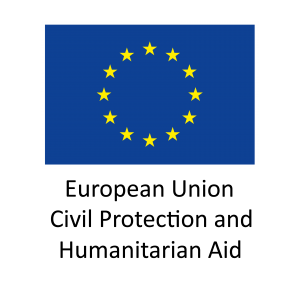 ACTED relaunches education in Obo with help from local parents