Urgent need for action in response to possible famine in Somalia

Successive failed rains across much of Somalia, together with falling incomes, rising food prices and continuing problems with access as a result of conflict and insecurity, have exhausted the coping strategies of vulnerable families. The number of people facing food insecurity (IPC Phases 3 and 4) has risen dramatically, and is projected to reach nearly 3 million between now and June. The need burden for acutely malnourished children under five is 944,450, including 185,120 who are severely malnourished, and more than half the country’s population is in need of assistance. The UN’s humanitarian coordinator has already received anecdotal evidence of deaths as a result of the drought.

Women and girls are bearing the heaviest burden in terms of childcare, fetching water from increasingly remote locations, and making compromises to access food for their families. Children are particularly vulnerable not only to poor nutrition, but to physical and sexual violence, with boys at risk of recruitment by non-state armed actors, and girls at risk of early and child marriage. Three million school-age children are out of school.

The humanitarian impacts extend into neighbouring countries, and cross-border displacement is on the rise. Over 100 Somalis are arriving each day in Ethiopia, many of them children, with alarming rates of malnutrition. Ethiopia already hosts some 244,000 registered Somali refugees and is itself badly affected by the drought, as are parts of Kenya, where concerns are growing that – as in 2011 – large numbers of Somalis will head for Dadaab, despite Kenya’s planned closure of the camp. Regional coordination is vital, and the principles of voluntary repatriation set out by the 2013 Tripartite Agreement must be integrated into a new agreement and upheld.

In 2010-11, systemic failures on the part of the international community led to a famine in Somalia in which nearly 260,000 people died – half of them children – and the world swore ‘never again’. We have already missed the window for early action. The window to avert a famine is closing fast. If we don’t want to see history repeating itself, we cannot delay action any longer.

We very much welcome (donor)’s contribution to the response to date, and ask that you encourage other donor countries to make similar commitments. In light of the scale of potentially life-threatening needs, we also strongly urge you to:

Through our many member agencies and partners, we are doing our best to meet the needs of those affected, including through emergency water trucking, food security activities, and treatment of acute and severe malnutrition. However, the international community has not yet grasped the urgency of the situation, which is deteriorating fast. Forecasts suggest the April-June rains this year are also likely to be below normal, just as they were in 2011, when deaths related to the drought increased sharply between April and May.

Drought in the Horn of Africa is a recurrent event, and to break the cycle we must redouble our efforts to build resilience in the region. We appreciate the resources you have already allocated in this regard. However, the strength of recent climate shocks has led to a crisis of such scale and urgency that an immediate, comprehensive response by the international community is demanded in support of nationally-led efforts to avert a famine.

We’re running out of time. We must collectively act now to prevent this crisis becoming a catastrophe. 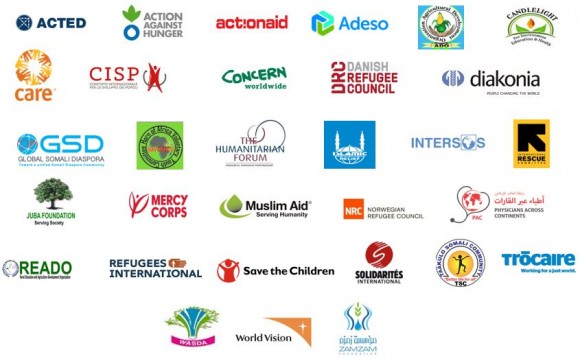