The Desert Locusts invasion that has impacted countries in the greater Horn of Africa (HoA) for the last 2 years continues to devastate communities and livelihoods across the region. As of October 2020, more locust swarms[1] are forming in Ethiopia with a new generation of eggs having been laid in the Eastern part of the country and Central Somalia, with the potential to expand and spread further due to continued breeding in the Red Sea coastal plains and swarm migrating from Yemen[2]. As the winds over the Horn of Africa shift direction and start blowing southwards during November, there is an increasing threat of these swarms reaching northern Kenya before the end of the year[3].

The HoA region has faced multiple threats over the course of 2020, due to the compounding effects of flooding, the COVID-19 pandemic and multiple waves of desert locust swarms. Following cyclical droughts over the past decade, vulnerable communities are struggling to recover their livelihoods and avoid further deterioration of their food security after the multiple and often concurrent shocks. Additionally, the outlook for the October-December 2020 short rains, which are critical for crop and livestock production, is projected to be below average with higher than normal temperatures[4]. This will result in limited crop production and the depletion of pasture for livestock grazing, severely impacting the food security of millions of people in the region and likely lead to an increase in the population facing Crisis (IPC 3) or Emergency (IPC 4) outcomes[5]. The potential destruction of crops and vegetation expected from forecasted swarms over the next two months across the greater HoA will have an additional devastating impact that would prolong itself until at least the next harvest season in mid-2021.

Without immediate action, the Desert Locust crisis will lead to increased vulnerability of pastoralist and agro-pastoralist communities throughout the greater Horn of Africa. It is imperative that anticipatory action[6] is undertaken to safeguard the livelihoods and food security of millions of vulnerable individuals across the region. The RDLA thus strongly advocates for immediate support focused on anticipatory action to support first responders operational in the most affected areas in the region, including local and national humanitarian organizations.

“We are calling on more international donors to support governments in the region in providing immediate assistance, including increased cash assistance, to help the poorest and most vulnerable to survive the multiple crises. Cash assistance and other forms of social protection can play a huge role in protecting vulnerable people, and they are a critical and urgent. Donors must support governments to expand their social protection systems wherever possible” Francesco Rigamonti, Oxfam Regional Humanitarian Coordinator for Horn, East and Central Africa

Anticipatory action will both reduce the impact of the crisis while strengthening the resilience of extremely vulnerable populations. The RDLA calls on donors’ and governments’ to act ahead of the forecasted disaster and to limit the impact of the shocks affecting communities in the region, through a range of actions tailored to meet the needs of these communities while protecting the livelihoods of the most vulnerable households. Activities should include:

Funding will need to remain flexible, which will enable implementing partners to account for the impact of the shocks and allow them to quickly react and target the most vulnerable populations in the most affected locations. Desert locusts are opportunistic insects, making it hard to accurately forecast their development and spread; as such responses will need to adapt to the changes witnessed on the ground. Further considerations should be given to financing multi-sectoral and integrated areas-based approaches in order to effectively address the compounding impact of multiple crises in the HoA.

The desert locust response should also be planned in close collaboration with local communities, national authorities, FAO and other surveillance and control actors as well as partners responding on the ground, through established coordination mechanisms. Particular attention must be provided to the needs of different groups within the affected communities, in particular women and girls, as crises do not affect all equally. The RDLA will continue to collect information on planned and ongoing responses to support members’ coordination and visibility.

The Regional Desert Locust Alliance brings together National and International NGOs who are responding to the desert locust crisis in the greater Horn of Africa. The Alliance was formed in February 2020 in response to the increased locust threat to food security and livelihoods in nine countries in the greater Horn of Africa – Djibouti, Eritrea, Ethiopia, Kenya, Somalia, South Sudan, the Sudan, Uganda and the United Republic of Tanzania. 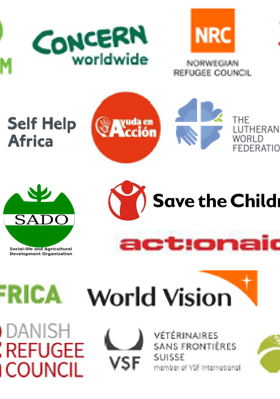 [1] Any maturity of Desert Locust adults that form a swarm (FAO, https://locust-hub-hqfao.hub.arcgis.com/) 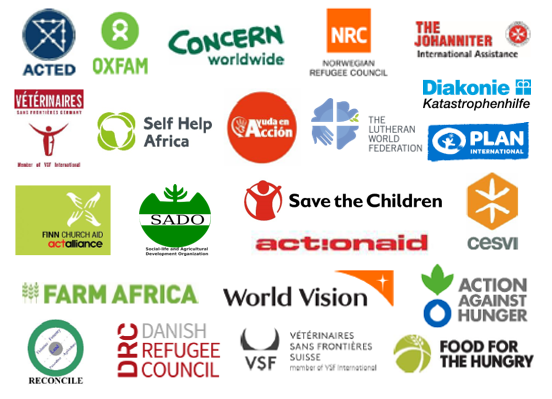