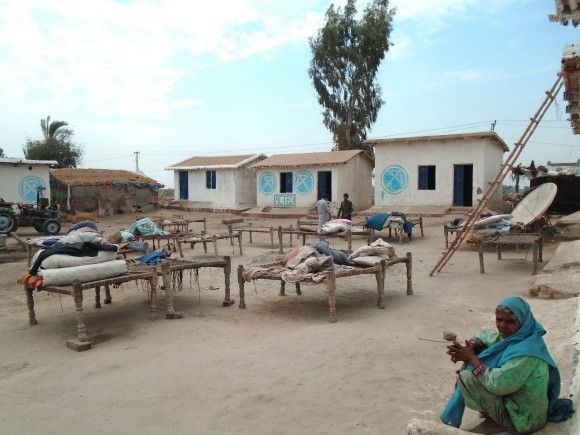 Pakistan, according to the Global climate risk index 2017, ranks in 7th place of countries most affected by climate risk in the period 1996–2015. Drought and low rainfalls particularly impact Sindh province in Pakistan, threatening the food security and livelihoods of the poorest and most vulnerable people. Recurring low rainfalls and drought trap the most vulnerable in a poverty cycle where they are pushed to engage in negative coping mechanisms such as incurring debt and selling assets. Pakistan is also particularly vulnerable to recurring flooding, heavy snow and landslides in most parts of the country. With this comes destruction of shelters, water, sanitation and hygiene facilities as well as schools and medical facilities. Infrastructure is also frequently damaged reducing people’s ability to move freely and access neighbouring villages for livelihood purposes.

Specific programming example: ACTED in its shelter programming, ensures that all shelter beneficiaries build according to disaster risk reduction and build back better best practices. ACTED ensures this by providing training to all shelter beneficiaries and local masons on these best practices. One interesting and practical method ACTED advocates for in its shelter programming is the use of lime stabilised bricks – which are not only cost-efficient, durable, more resilient to flooding than regular mud bricks but also reflective of indigenous knowledge. Furthermore, brick kilns contribute to carbon emissions and deforestation. Therefore, the use of lime stabilized mud bricks are more friendly to the environment and are used so as to reduce contributions to climate change.

Providing humanitarian assistance to the people of Khyber Pakhtunkhwa

Pakistani women at the forefront of solar energy promotion