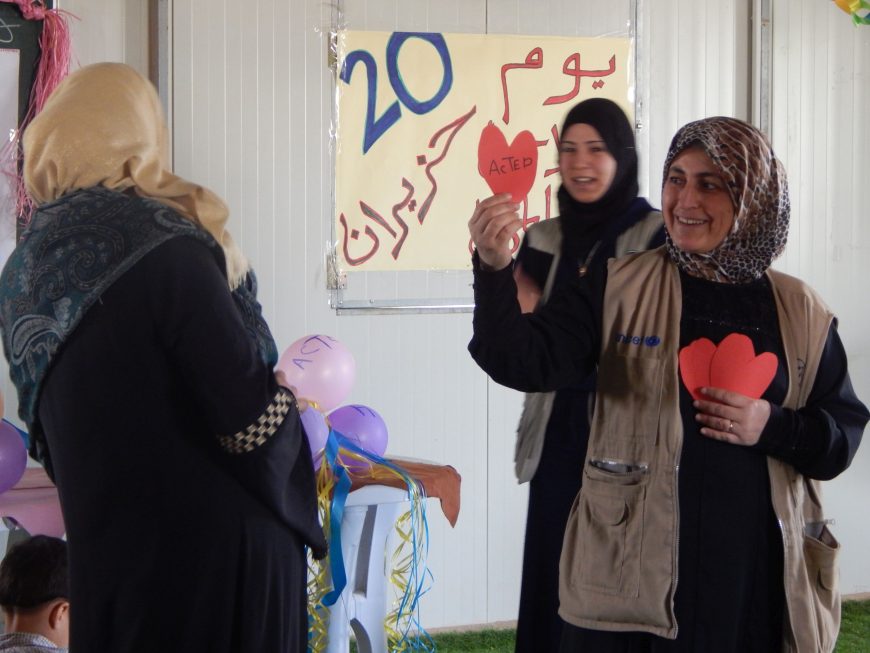 Today, Wednesday 21st of June, ACTED’s Hygiene Promotion team held two different events with the Syrian women and men residing in Za’atari refugee camp. The event was dedicated to playing games, sharing life stories and celebrating strength, resilience, and what it means to be a Syrian refugee in Za’atari camp. 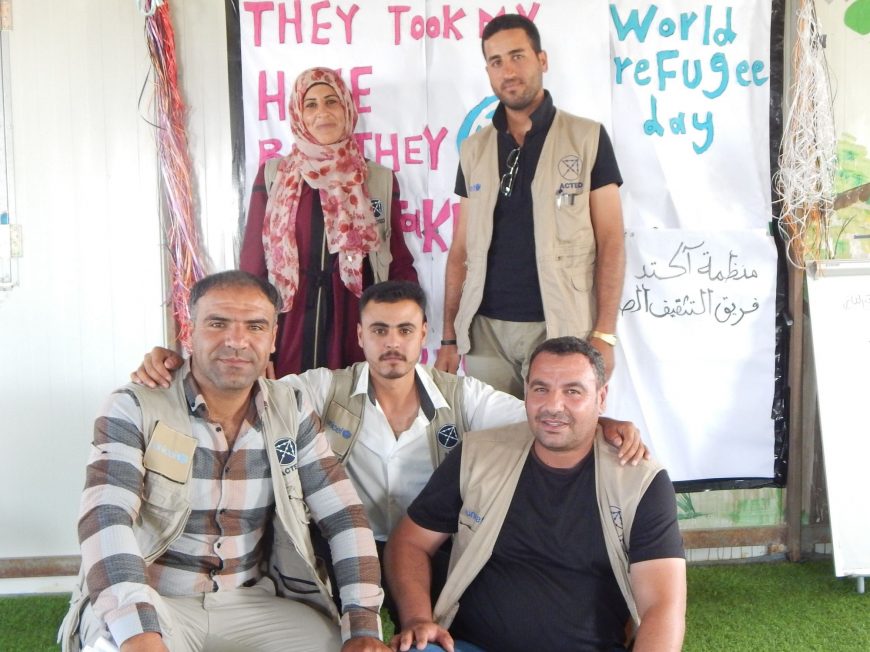 Women were welcomed to the event by a greeting speech, about the history of World Refugee Day, and why it is celebrated, and were then given the opportunity to share their powerful life stories. The women recalled clearly the first day they entered Za’atari camp and became refugees. “During my first hour in the camp I realized it would be challenging to be in such an environment and to adapt to my new life. The beginning was difficult, but after a while our life became stable,” explained one of the participants. Thuraya, one of ACTED’s hygiene promoters, is a Syrian cash-for-worker. Since she arrived in camp 5 years ago, she attended nine different thematic courses and passed nine different certifications each time ‘with high scores’ she added proudly. NGOs, such as ACTED, provide these women with many services and opportunities, and Thuraya and the other women always try to make the most of these opportunities.

‘We always try to look for interactive ways to deliver messages in order to break the ice, especially about such themes’ said Eshraq, ACTED’s Hygiene Promotion project manager. The second half of the event was filled with games, fun, and laughter. The participants were focused on the positive aspects of their lives in the camp because, at the end of the day, they all found the one thing there were lacking in Syria: safety. The games focused on two main themes: gender equality promotion and refugees’ rights. As part of one interactive activity, when asked which rights they believed were the most important, the first that the participants announced were: a right to education, medicine, and to live in a safe place.

“Since our arrival in the camp, the children went from drawing soldiers to drawing houses. Most people feel like the war and their arrival in the camp put a full stop to their lives. But I think there should be a semi column for every part of our lives so we can move on” said Mohammad, one of ACTED’s Hygiene Promotion supervisors. He added that the people in Za’atari camp show strength and resilience by taking advantage of all cash-for-work jobs and other opportunities, and being resourceful and innovative in overcoming hardships. Mohammad added that “I feel like I never left my country but that I just went to another city because all my neighbors are here”

Tomorrow, ACTED will continue the celebrations and hold an event with children, to play more games and raise awareness about their rights as refugees and their rights as children. 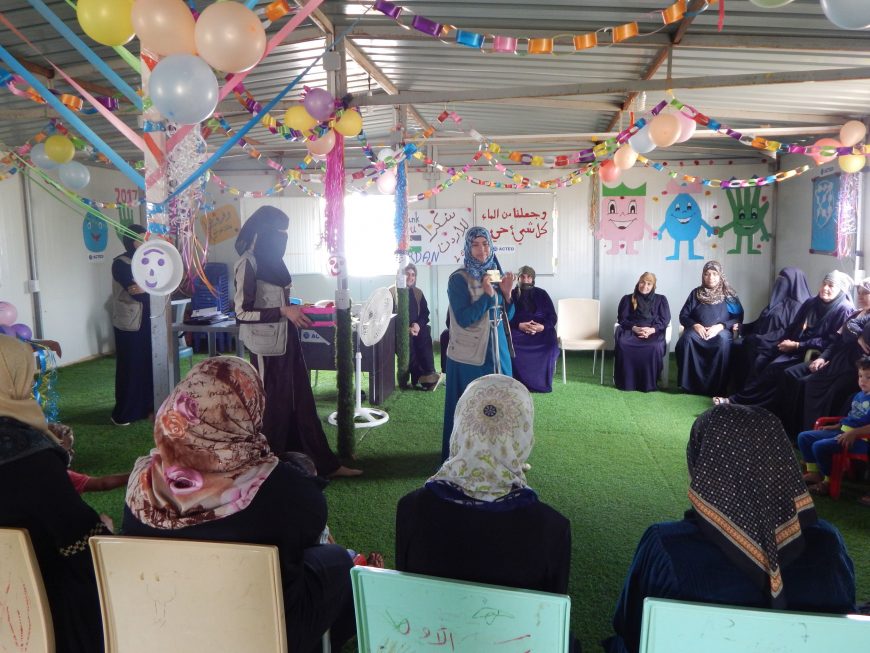 Women tailoring their future in the sewing factory

Getting the taps running again in Jordan