A strong cross wind uproots the orange dust of the road in front, forming small, short-lived tornadoes of colour which accompany us for a few steps before returning to the ground. Towering Acacia trees, always a few feet taller than local Giraffes would like, bake in the sun. We are on our way to Lengei, a village in Samburu County, where we will meet Damaris, a mother of six. Damaris is a beneficiary of a recent ACTED project (funded by the Start Fund) which puts money straight into the hands of community members, allowing them to instantly meet their most pressing needs while boosting the local economy and reducing the danger of aid vehicles flooding areas with goods in which they are already available. 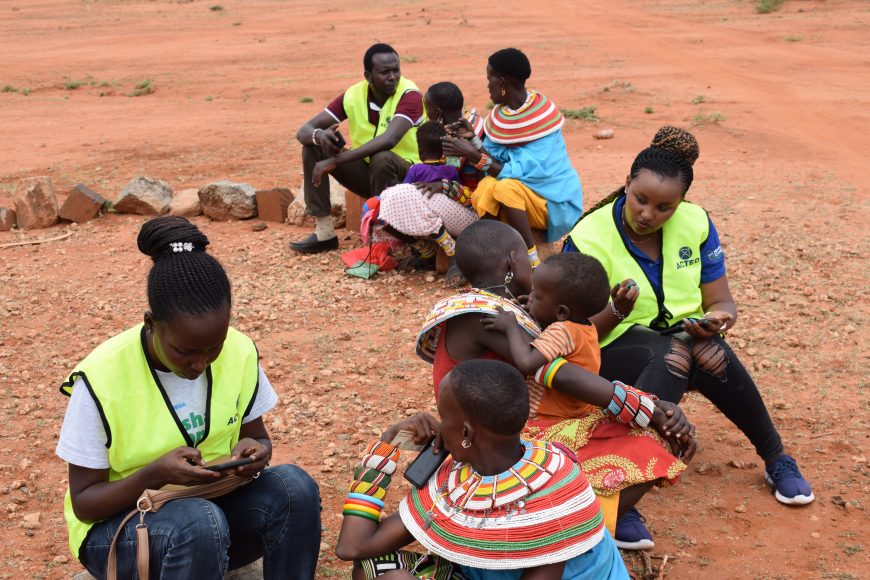 ACTED staff helping and informating the population in Iengusaka, Kenya

20-30% of plantation failed because of droughts

The poor rains during the last rainy season in Kenya severely endangered the livelihoods of the population, particularly in the arid and semi-arid lands. Most of the local communities have a traditional agropastoral lifestyle. While they rely on their livestock for survival, they now struggle to find water and grazing land for their animals.

The lack of rain has had a devastating impact on soil; 20 to 30% of plantations have failed, weakening food reserves and livestock, and increasing the risk of disease. Livestock farmers are desperate to find grazing areas for their animals. Access to water is considerably compromised, and basic goods are becoming increasingly unavailable and unaffordable.

Today, arid and semi-arid lands represent 89% of the Kenyan territory. Baringo, Mandera and Samburu counties are among the most affected by the ongoing drought. Acute malnutrition affects two million people who require immediate support. Samburu East, where Damaris and her family live, is among the worst affected sub-counties due to the ongoing dry season. Most of the families need immediate support to cope with the deteriorating food security situation.

Damaris welcomes us to her beautifully thatched hut, laced with a black poly-ethene sheet and fenced with thorny acacia branches to keep wild cats and other predators away from her small brood of chicken. Noting the scorching sun outside, Damaris says how her livestock, mainly sheep and goats, have migrated to Samburu Central in search of pasture due to the prevailing dry spell. 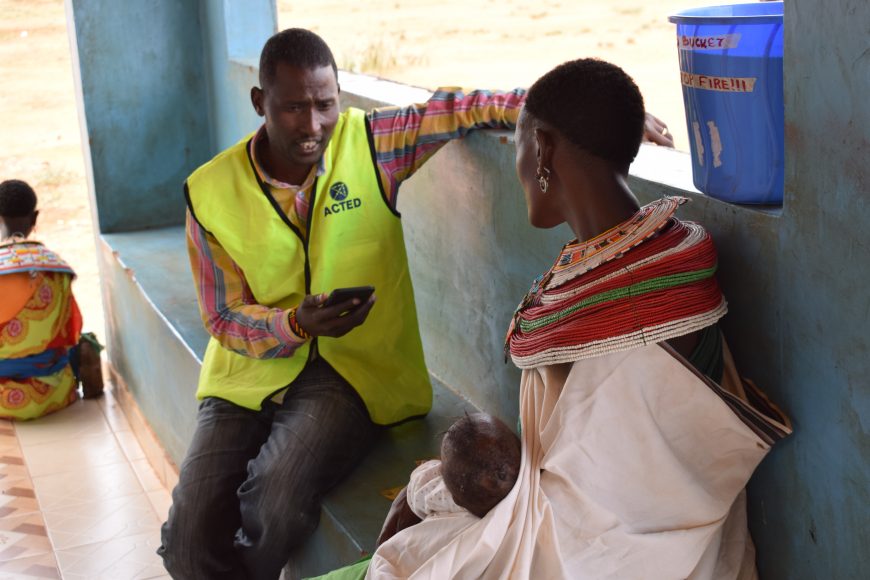 A women registrating to become a beneficiary

As you can see, my animals have moved… There are only women and children around

A rapid response to crucial needs through cash transfers

With a longstanding presence in the country and in the arid and semi-arid areas, ACTED was able to respond quickly to support drought-affected families. The organisation was able to provide 3,000 households with cash, thanks to the support of the Start Fund.

As the conversation shifts to the ongoing project, Damaris intimates that she received cash on two occasions to meet her basic needs. For example, out of the first transfer, she was able to settle her water bill at the local community borehole, as the community pays between KES 2 (approx. 0,2 USD) per jerrycan of water collected. She was also able to clear a debt of KES. 900 (approximately 8,5 USD) to her local shop. Damaris gave the remaining money to a local shop.

This project was made possible with the help of START FUND. Start Fund provides rapid financing to underfunded small to medium scale crises, spikes in chronic humanitarian crises, and to act in anticipation of impending crises.