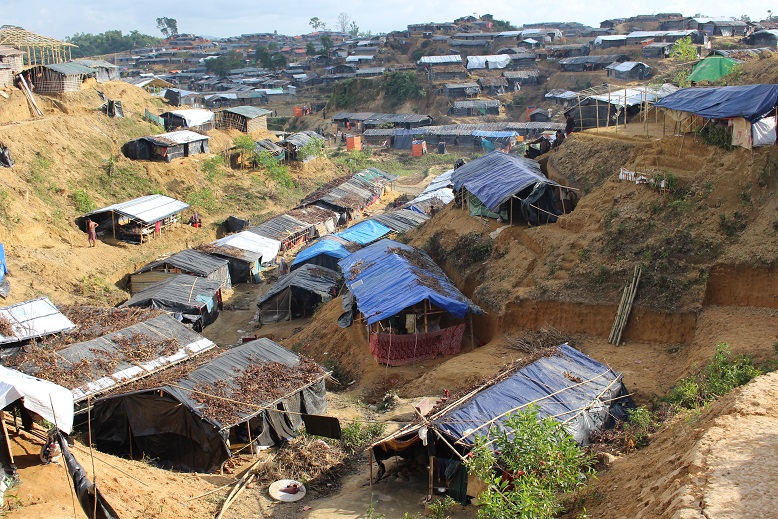 Since violence broke out in the North of Rakhine State, Myanmar, on past 25th August, over 500,000 people have crossed the border into Bangladesh, as reported by the International Organisation for Migrations (IOM).

Most of those displaced are Rohingya who settled in the Cox’s Bazar District (Chittagong Division, South-East Bangladesh) and are currently living mainly in makeshift camps along the Cox’s Bazar-Teknaf highway. With the newly arrived 500,000 refugees, there are now more than 710,000 refugees in Cox’s Bazar.

Newly arrived refugees are extremely vulnerable and have settled in highly precarious land, where provision of services is a real challenge. The influx of refugees has already exceeded the initial predictions for emergency planning.

ACTED and its partner the REACH Initiative have deployed in South-East Bangladesh since September to assess the needs and identify priority sectors of intervention, with a team of 16 people currently present in the area.

Identification and preparation of new sites to host incoming refugees appears as one of the pressing priorities, as the currently existing makeshift settlements are already overwhelmed. There is also an important need to rehabilitate access to all sites to enable provision and maintenance of key services.

Moreover, water, hygiene and sanitation are particularly urgent priorities. Urgent support is all the more crucial as accessibility issues contribute to hampering proper sanitation, which could give rise to the spread of diseases like cholera. There is also a crucial need for shelter and non-food items support, as the current shelter solutions are very basic and insufficient, mainly composed of plastic sheets on bamboo supports. People also lack cooking tools and fuel. Only some 25% of the refugees have received food support so far, and needs in terms of food are expected to be one of the rising priorities.

Though the influx of refugees has slowed down in the past week, it could pick up again, as the conflict now spreads from North to Central Rakhine.

Given the huge needs and worrying predictions, ACTED is deploying to support Rohingya refugees in Bangladesh with a focus on camp management, shelter and WASH, as well as information management through the REACH Initiative.