Following the escalation of the conflict along the Armenian-Azerbaijani border, 7,600 Armenian civilians were forced to flee to the neighboring communities in search of shelter and security. Through a Start Fund project in the early aftermath of the conflict, ACTED provided crucial assistance to the displaced populations.

In the early hours of September 13, 2022, the night of civilians was disturbed by massive fire from heavy artillery, mortars of different calibers, large guns. The panic that took hold of the population made them flee from their hometown to save their most precious thing: their lives. Most of them were women, children, the elderly, and people with disabilities. Official sources indicate that there have been cases where elderly and/or people with disabilities were not evacuated from their homes and remained in the areas of active shelling.

Through a project funded by Start Fund, ACTED, together with its partner organizations People in Need and Mission Armenia, provided tailored support to meet the needs of internally displaced persons (IDPs). In the three affected regions (Gegharkunik, Vayots Dzor and Syunik), the assistance included psychosocial support, multi-purpose vouchers (MPV), distribution of hygiene items (such as soap), enabling IDPs to cover their basic needs and contribute to their psychosocial wellbeing and stability.

ACTED assisted 2,002 IDPs from Gegharkunik and Vayots Dzor regions through multipurpose vouchers assistance. The MPVs were used for food, hygiene items, clothing/shoes, and everything available in local shops and supermarkets. This allowed displaced people to cover their urgent needs, especially in anticipation of the cold winter months ahead. 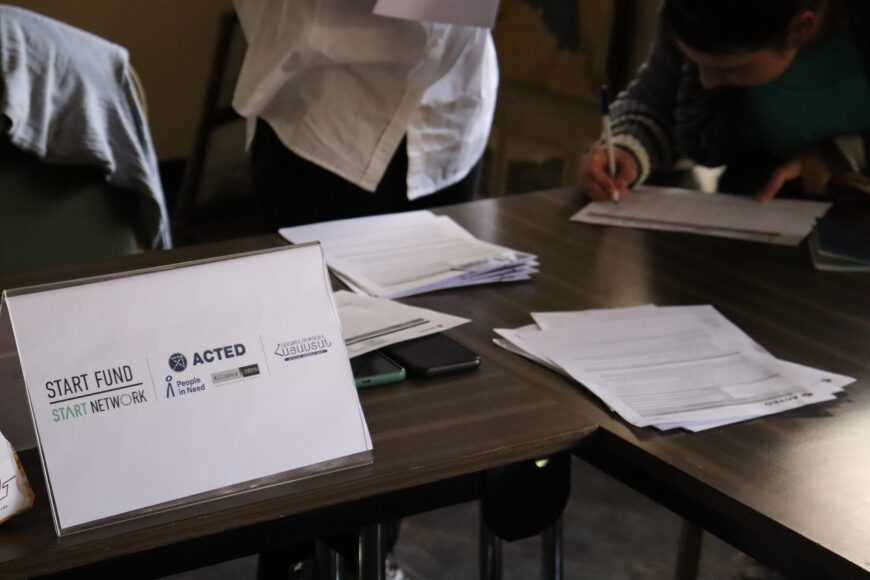 Anush a mother of 5 forced to flee Jermuk

Anush* is the mother of five children, four of whom are of school age and the youngest of whom has yet to be breastfed. Together with her husband, Mher, they have lived all their lives in the resort town of Jermuk in the Vayots Dzor region. Mher’s parents lived with them because they are both disabled and elderly. When the shelling began, the family of nine was forced to flee their home to a nearby town.

They could not even imagine in their worst dreams that their lives could change in the blink of an eye, leaving them in despair and confusion.

Although the war lasted only two days, we were psychologically broken

ACTED has provided Anush’s family with assistance in the form of multi-purpose vouchers to alleviate their family’s suffering and help them meet their most urgent food and hygiene needs.

“When we see that there are people like you who are there for us, who give us a hand, we don’t feel neglected, we feel encouraged,” says Anush sincerely. 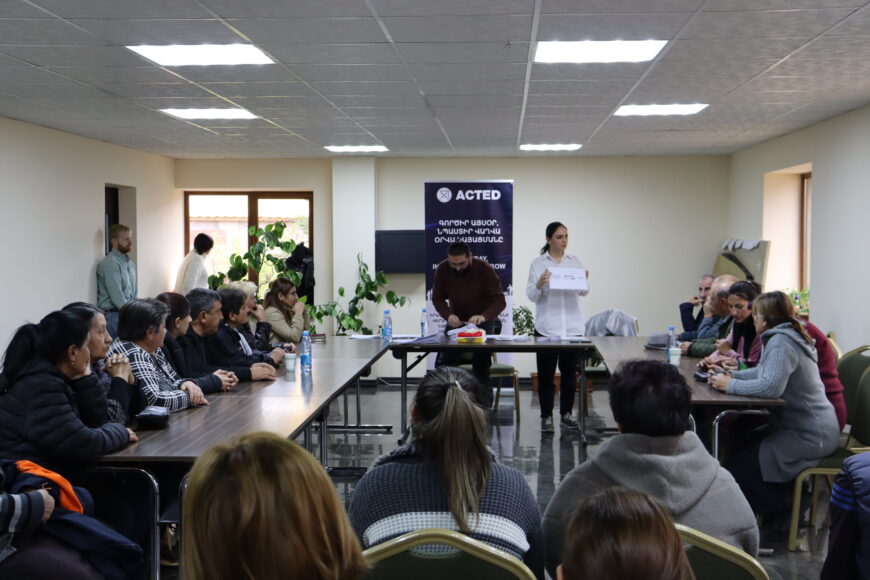 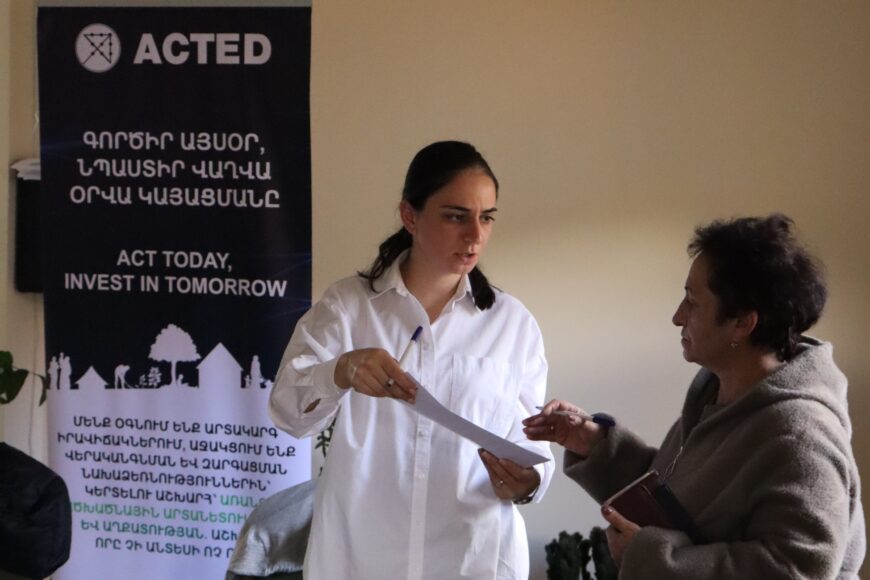 The Start Fund has been one of the few actors to provide funding immediately after the escalation of the conflict. It was through the Start Network’s alert system that ACTED was able to draw attention on the pressing needs and reach the most vulnerable displaced populations in the three affected regions of Armenia.

ACTED was honored to host Start Fund colleagues for a field visit during the project. They witnessed some of the relief activities in Vayots Dzor and Syunik regions like MPV distribution. They also discussed with families who received non-food items from partner organization to meet their most urgent needs and met with children in child-friendly spaces.

“It was a pleasure to witness ACTED’s organised and efficient rapid emergency response to the needs of the people recently displaced by the conflict in Vayots Dzor Province, as well as the work of their partners People in Need and Mission Armenia, who worked together in consortium across Armenia”, said David Burt,  MEAL Manager, after the visit.

This fruitful partnership will continue through a Learning Project that will consolidate lessons and best practices learned from the emergency response provided over the past months.

*The beneficiary’s name has been changed for protection purposes