Since the end of the Battle of Mosul in 2017, ACTED has overseen transformative works in neighbourhoods across the city, bringing back online the crucial services needed for residents to return. Through Quick Impact Projects (QIPs), partners applied an approach which involved selecting the projects which would have the highest short term impacts upon the everyday lives of residents. 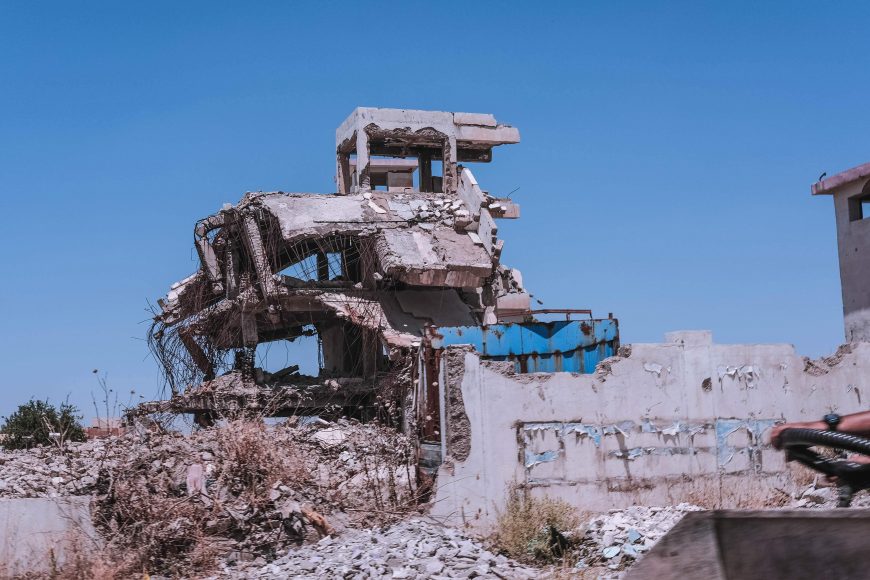 In January 2018, the World Bank estimated that over 70% of Mosul's infrastructure had been destroyed.

A REACH assessment in 2018 showed that key areas for rehabilitation were solid waste management, electricity and water infrastructure.

Former residents of West Mosul may have expected the worst when they began returning to Mosul in the late summer of 2017. Visitors passing over the Tigris from the eastern bank surveyed a full panorama of destruction. Layers of folded, yellow concrete and grey dust. The whole city and its suburbs bore the scars from a diligent application of violence; each house or structure potmarked by bullet holes or defaced by black smoke. Residents of West Mosul paid a far heavier price than their neighbours for living in the last trench in ISIL’s last stronghold in Iraq. 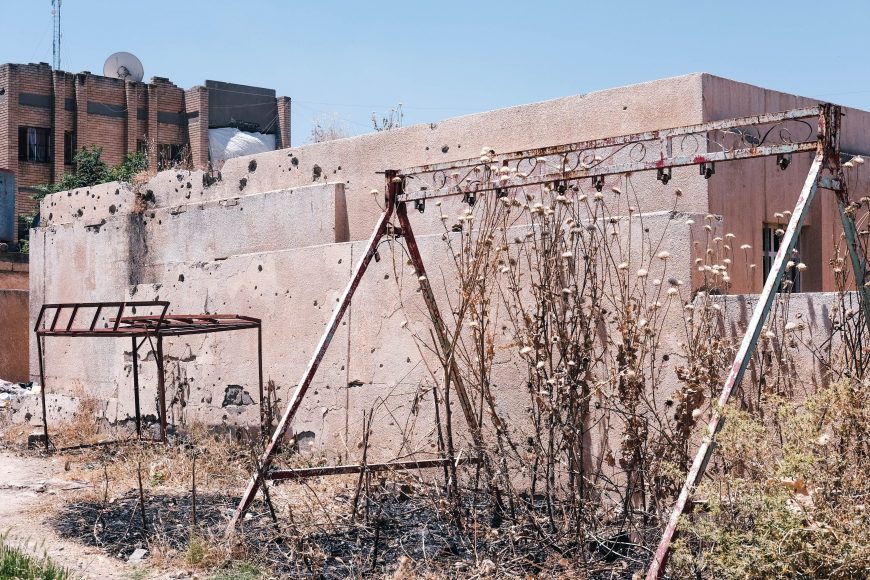 The first step for humanitarian actors in Mosul was to assess individual districts to see how ISIL governance and the ensuing battle to remove them from the city in 2016-2017, had affected infrastructure.

Schools, health centres, roads, electricity infrastructure, water treatment plants all suffered as a result of the conflict, whether through being repurposed as fighting positions, used as housing by displaced residents or targeted by looters.

REACH teams in Iraq provided evidence based assessments of the situation in Mosul with regular updates published over the past two years. 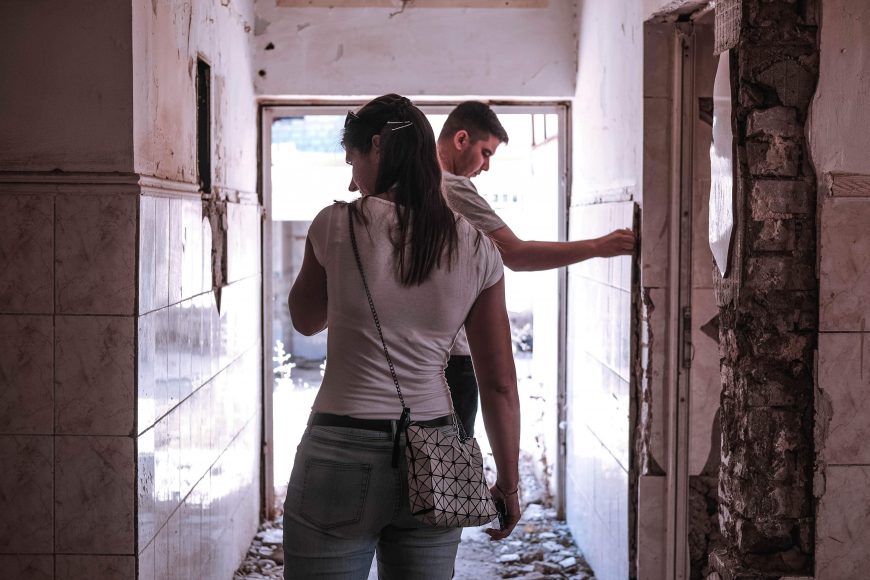 ACTED based the design of the QIPs on the findings of community assessments which allowed residents to shape the prioritization of rehabilitation works to ensure these exactly reflected the needs of residents. 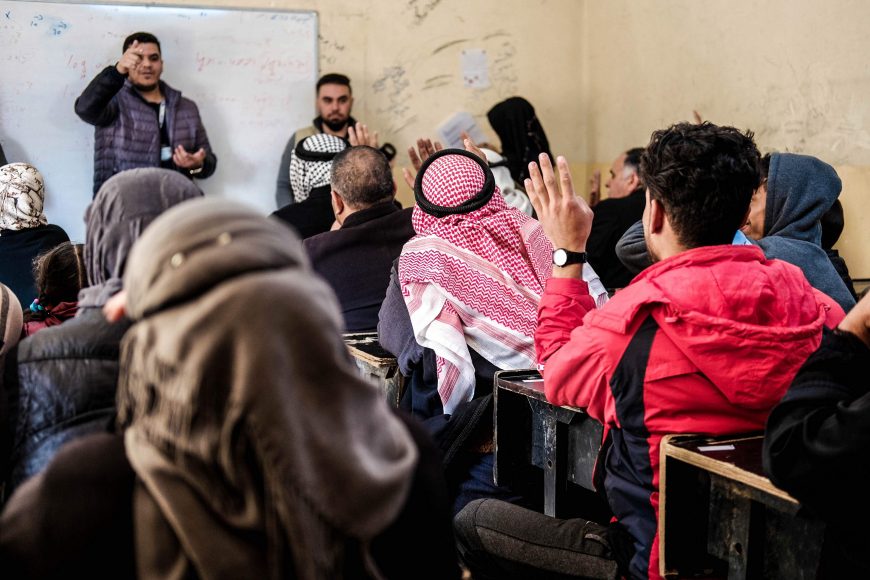 A community consultation session in which residents discuss and vote for the projects which they want to see implemented in their neighbourhood.

Through these consultations, Mosul residents voted for the following five QIPS:

To read a full overview of the outcome of ACTED's community assessments, click here 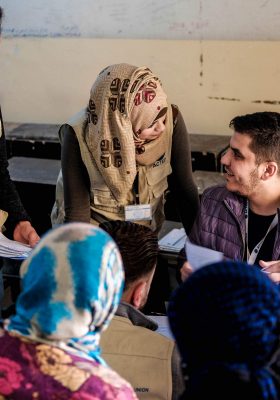 The rehabilitation of Al-Risala Secondary School in West Mosul

Al-Risala is a girls’ high-school in West Mosul that partially collapsed following an airstrike. ACTED QIPs and WASH teams worked to rehabilitate the building structure, re-establishing the electricity and water supply and repairing the toilets. These works made it possible for around 1,700 female students to return to their studies in a safe and hygienic environment. 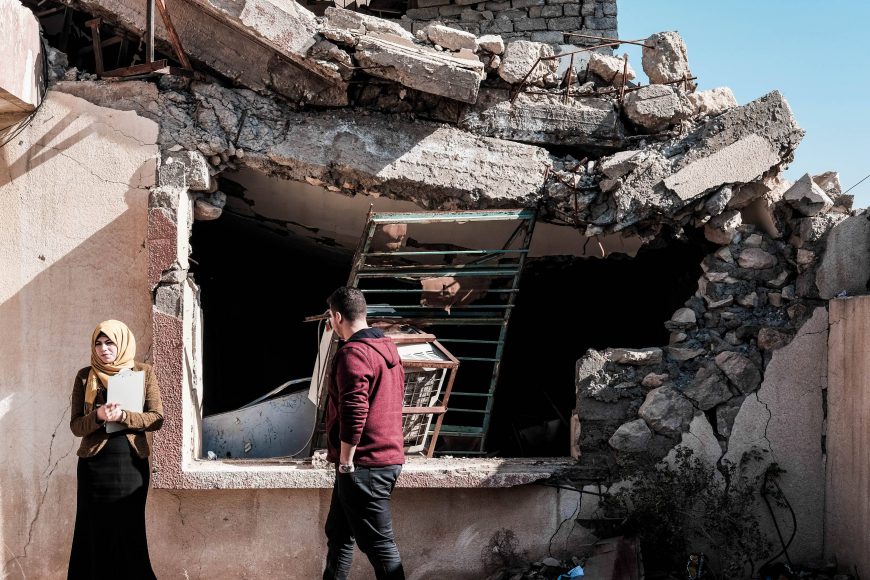 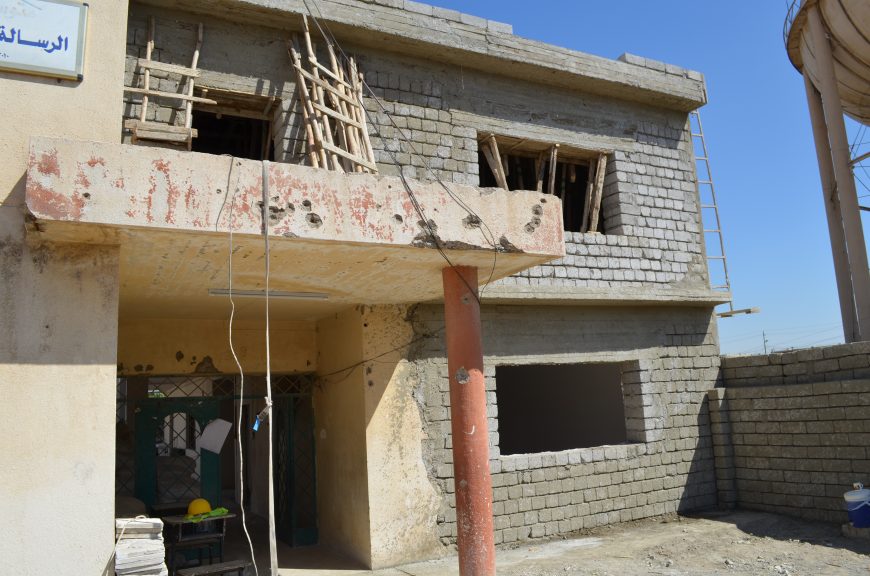 Destroyed classrooms are replaced by a whole new construction at Al Risala School. 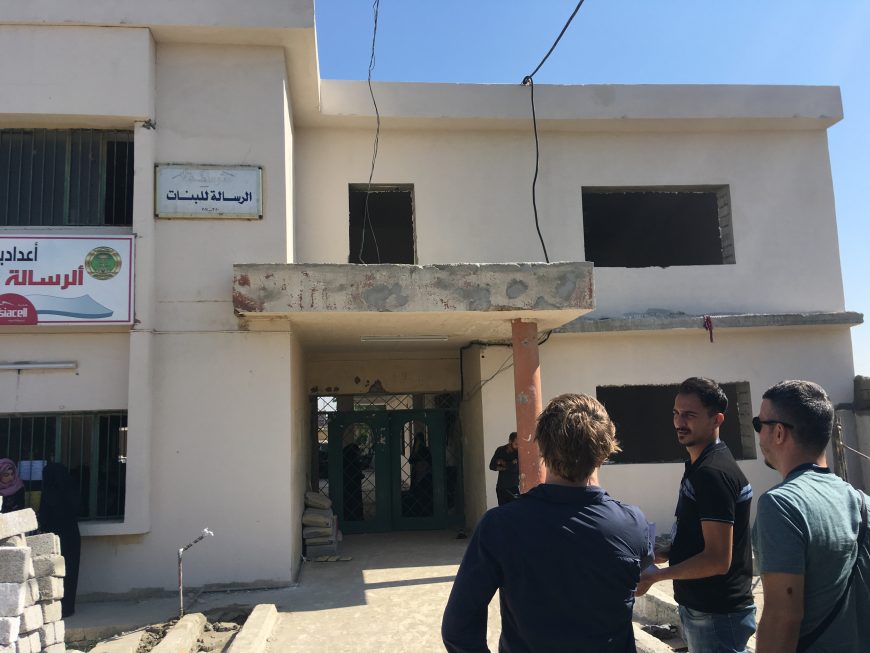 Image of the completed rehabilitation of Al Risala School

The rehabilitation of Al Kuwait Primary School in East Mosul

Al-Kuwait school is a mixed, caravan-style primary school in East Mosul. The school lacked sufficient toilets to cater for the high number of students. Access to drinking water on the school premises was also limited. ACTED is remedy these challenges, while also building  a small football pitch to ensure that children have a safe, accessible playing area. 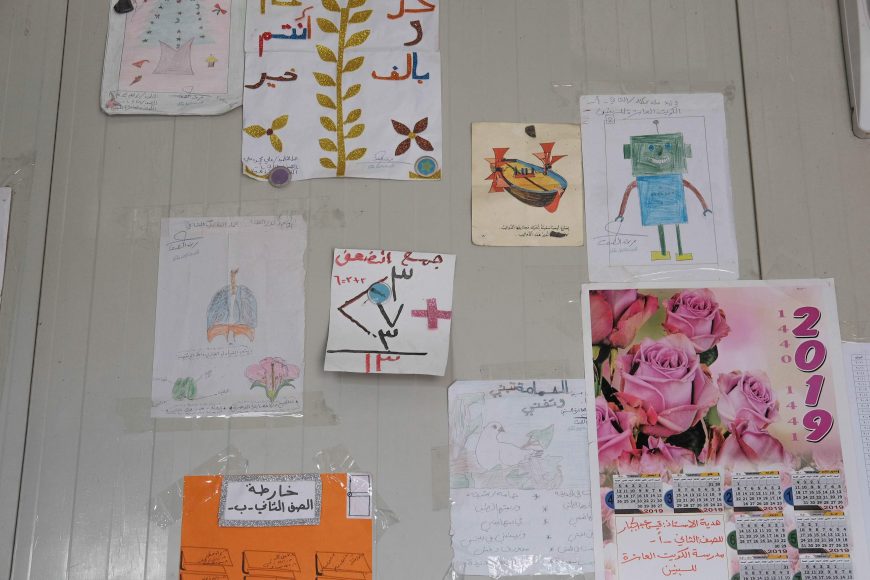 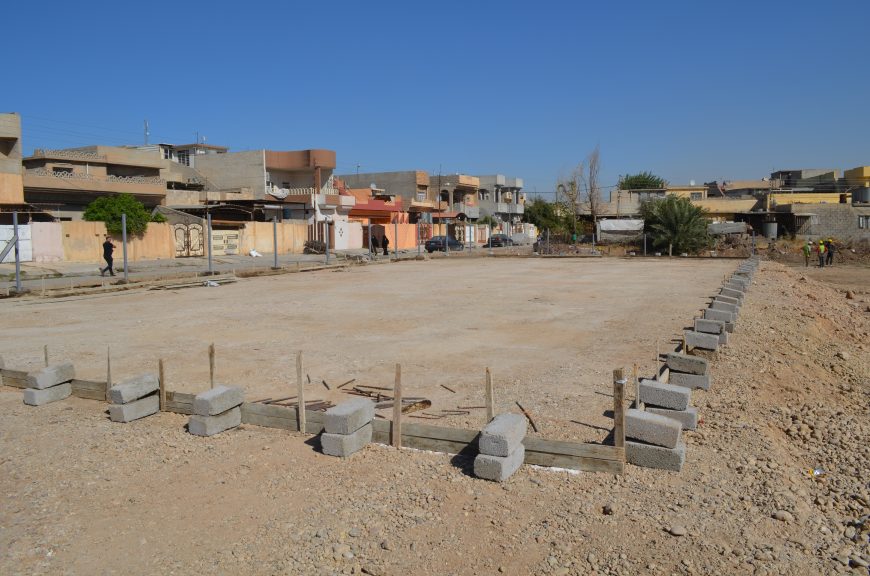 A new football pitch under construction outside the school

In Al-Atibaa neighbourhood, ACTED is working to provide ccommunal bins in strategic locations to help maintain sanitation and waste disposal standards in the area.  The organisation is also creating temporary employment opportunities for locals in street cleaning. 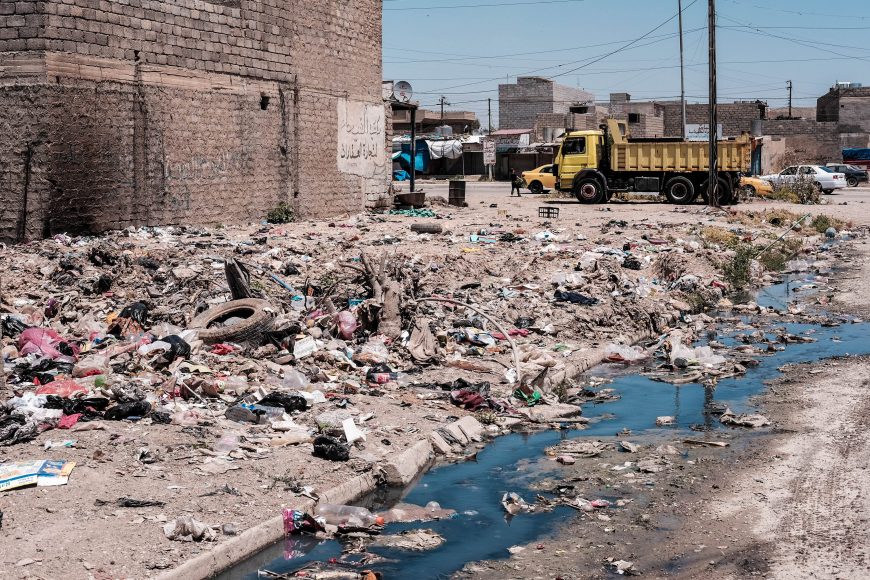 The rehabilitation of the Al-Mamoon Health Clinic in West Mosul

Al-Mamoon Health Center in West Mosul was destroyed and looted during the siege of the city. The building was later used as a shelter. ACTED’s QIPs and WASH teams are working to rehabilitate the building and ensure full accessibility for healthcare staff, patients, and those living with disabilities. When the facility is reopened it will save locals from having to travel up to an hour to the next closest health center. 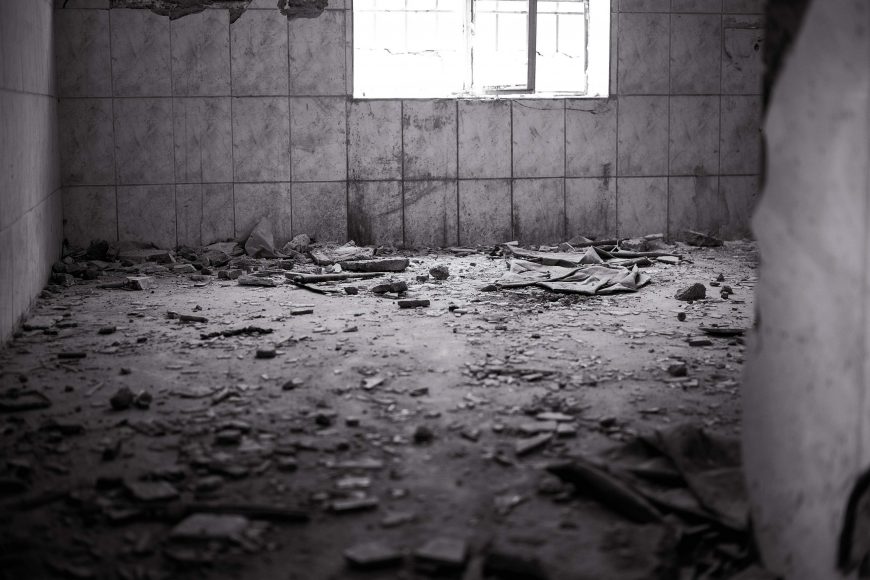 Al-Mamoon Health Clinic prior to rehabilitation 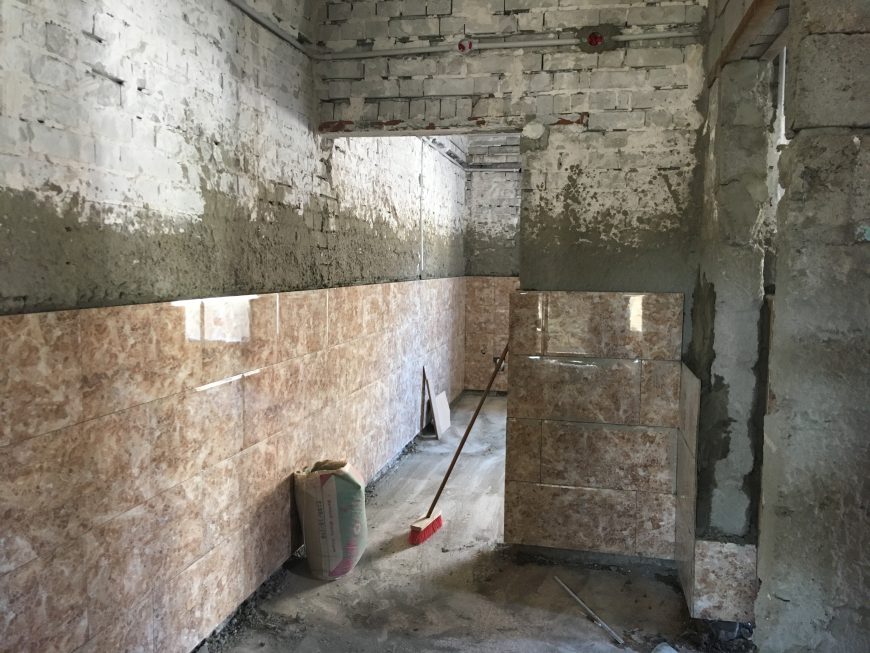 The resumption of Solid Waste Management services in the Telafar Municipality

ACTED will provide assistance to the city of Telafar in solid waste management. Negotiations with the authorities are ongoing to find a sustainable solution that covers the path of the waste from households all the way to the landfill.