The Faces of Donbas, Ukraine

This photo series presents a snapshot of life along the contact lines of Eastern Ukraine, focusing on residents of the cities of Popasna and Toretsk (in the Luhansk and Donetsk regions). Living less than 5km from the country's most active battlegrounds, the individuals who are the subject of this article are affected by the conflict on a daily basis, including through shelling and mine-related incidents.

While shedding light on the human impacts of the conflict upon the residents of Donbas and the challenges they face as violence continues and basic services are disrupted, the article also demonstrates the importance of ACTED's ongoing cash assistance to Ukraine's most vulnerable conflict-affected families.

3.5 million Ukrainians are in need of humanitarian assistance

Hostilities along the contact line have led to the death of over 3,000 civilians and the injury of a further 9,000 since 2014.

Mines and the explosive remnants of war (ERW) accounted for more than 40 per cent of civilian casualties in 2017 and 2018. 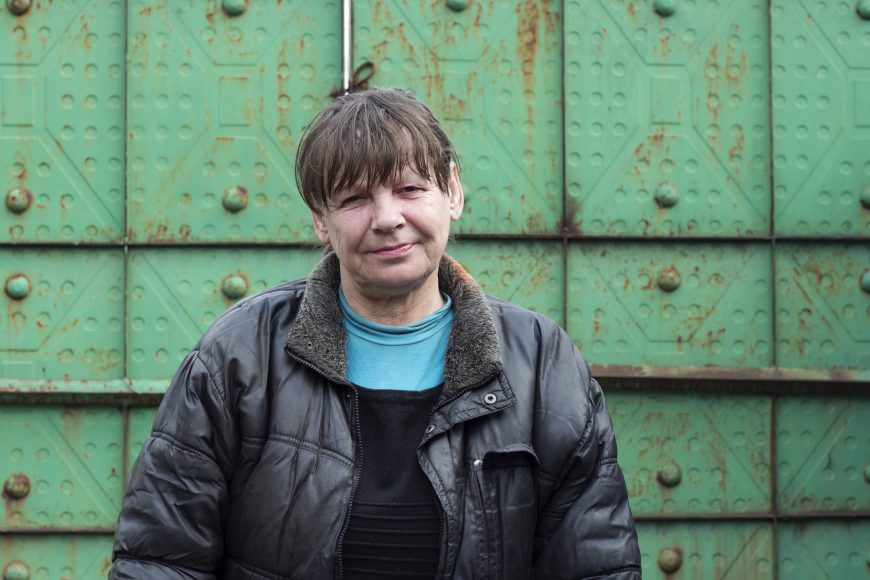 Valentyna, 61, lives alone as a pensioner.

In the summer of 2014, Valentyna fractured her femur, resulting in a disability. She now moves with the help of a walker. From the autumn of 2014, through to the winter of 2015, heavy shelling and shockwaves damaged her house irreparably, forcing her to move out. 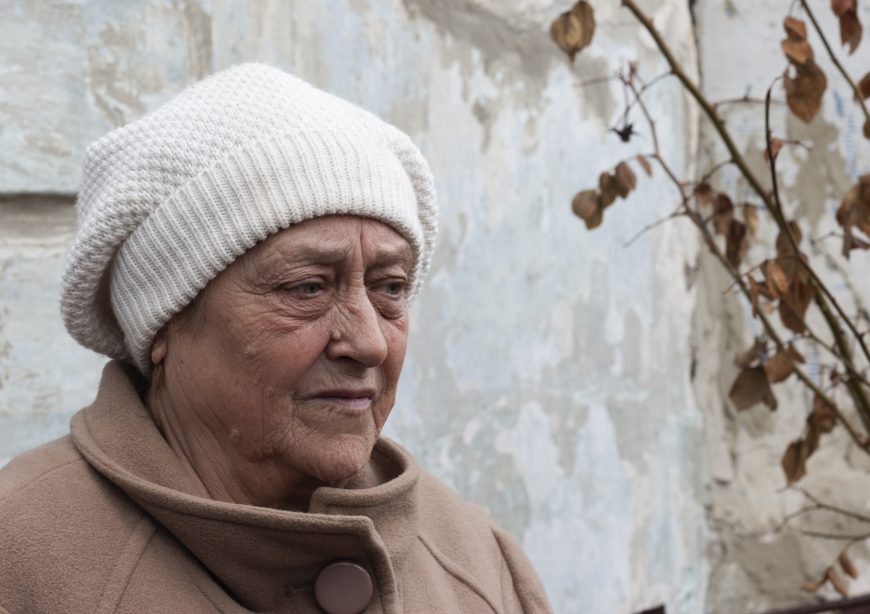 Valentyna P,71, is a pensioner who lives with her daughter (48) and granddaughter (5).

Valentyna’s only income to support her, her daughter, and her granddaughter,  comes from her pension. Their house, which was built by Valentyna’s parents, was heavily damaged because of numerous shockwaves from artillery. The door to the yard, which Valentyna had to hold open for ACTED staff, is still broken. 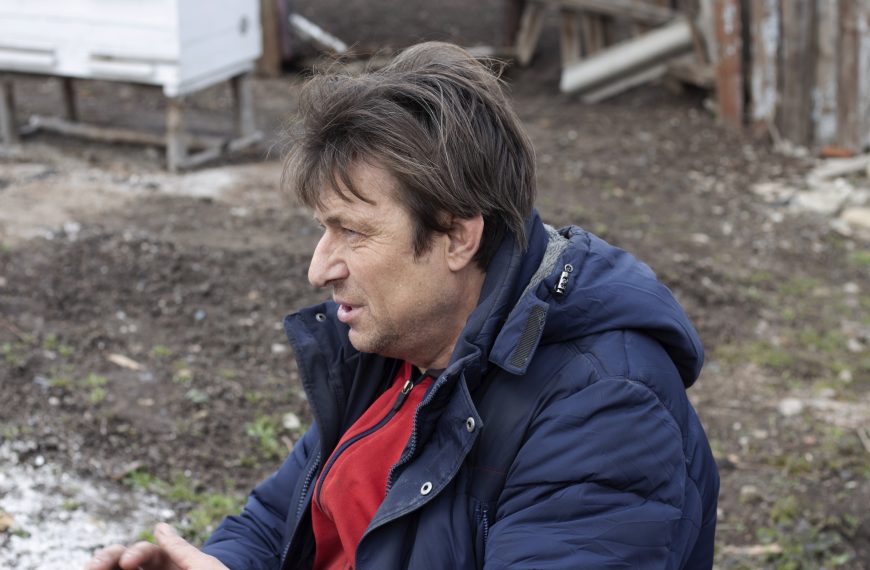 Andrian M., (46), had to leave his home due to ongoing fighting. His villlage has been completely cleared of its residents and the only people who remain are the military.

Andrian lost everything because to the conflict: his property was entirely destroyed when his house was hit by a shell. All that remained was his passport, and he had to move on. Andrian also has a disability; for a while, he lived at the hospital. He recently bought a small house, which now sits empty save for some basic furniture. He sleeps on a broken sofa, which also serves as his working place. Andrian’s only income is from the honey he makes himself, as well as ad hoc shoe-repairs. He taught himself both of these trades. 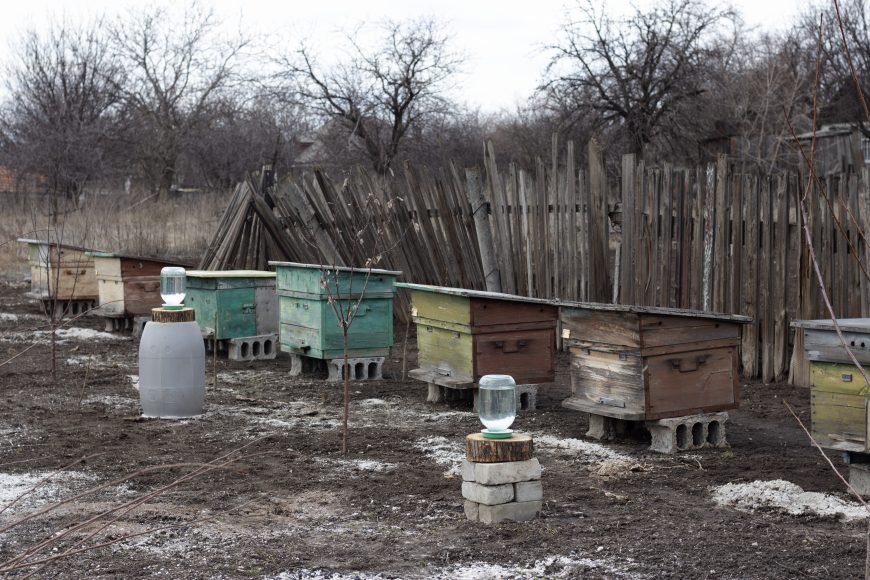 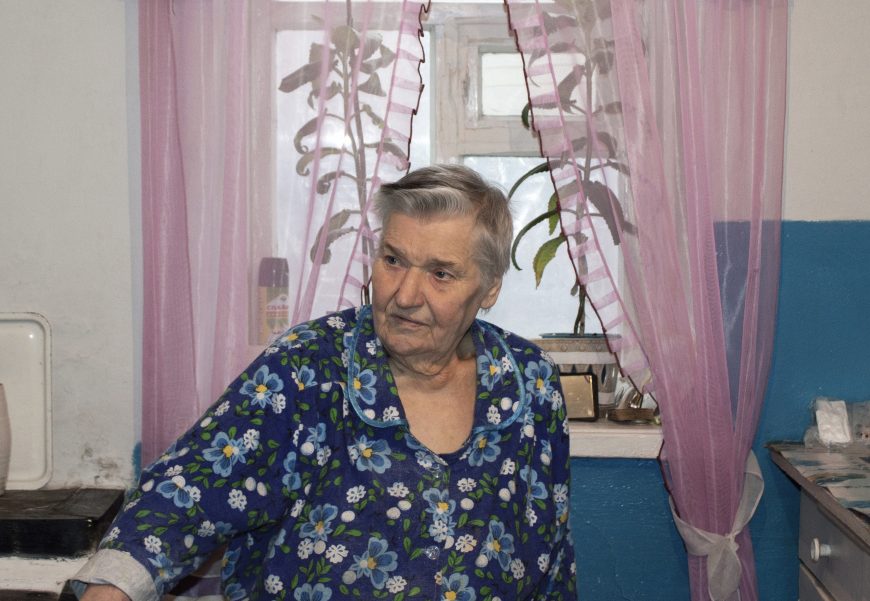 Raisa V has several chronic illnesses and has suffered a heart attack. She has limited mobility and requires expensive medical treatment, and constant care. Her daughter Elena, who lives nearby, takes care of her.

Raisa’s pension is 1,700 hryvnias, which represents approximately 56 euros per month. This is 47% of the minimum actual subsistence level in Ukraine (as of March 2019). Since the beginning of the conflict, Raisa had received no humanitarian aid. Now, ACTED provides her with cash assistance, which she spends on food and medicine. 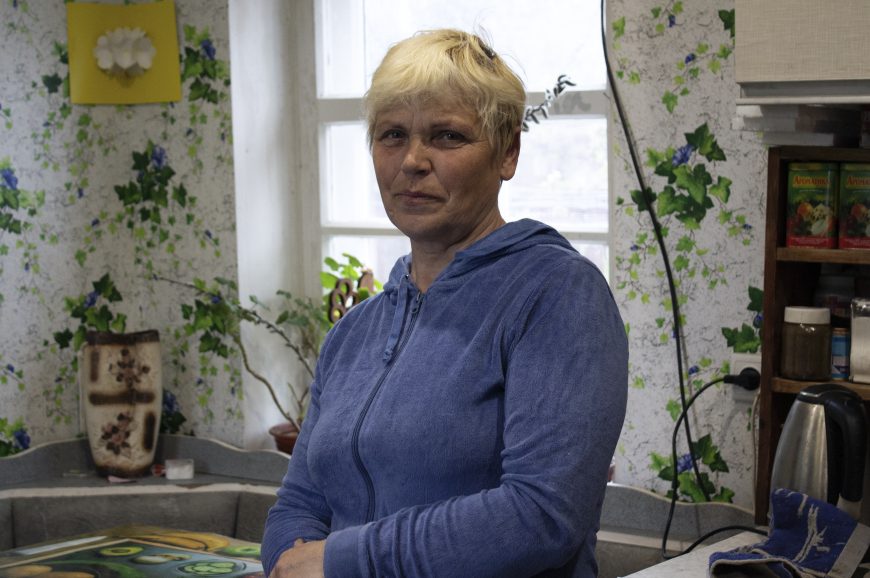 Liubov Y. is the head of a family of nine people: five adults and four children, the majority of whom are adopted.

Liubov and her sizeable family live in a house which is slowly falling apart, due to its proximity to an area which comes under constant shelling, as well as structural problems preceding from its location on top of an old mine.

The family’s total income is 15,000 hryvnias (500 euros), which amounts to approximately 1,667 hryvnias per person, or 55 euros. Several members of the household have disabilities; one of the girls attends college in Konstantynivka, approximately 21,4 km away from Toretsk. Liubov also lives with her late daughter-in-law’s mother, who is 57 years old and has severe mobility impairments (legs amputation).

With the cash assistance provided by ACTED, Liubov and her family were able to purchase much-needed medical treatments, food and a washing machine. 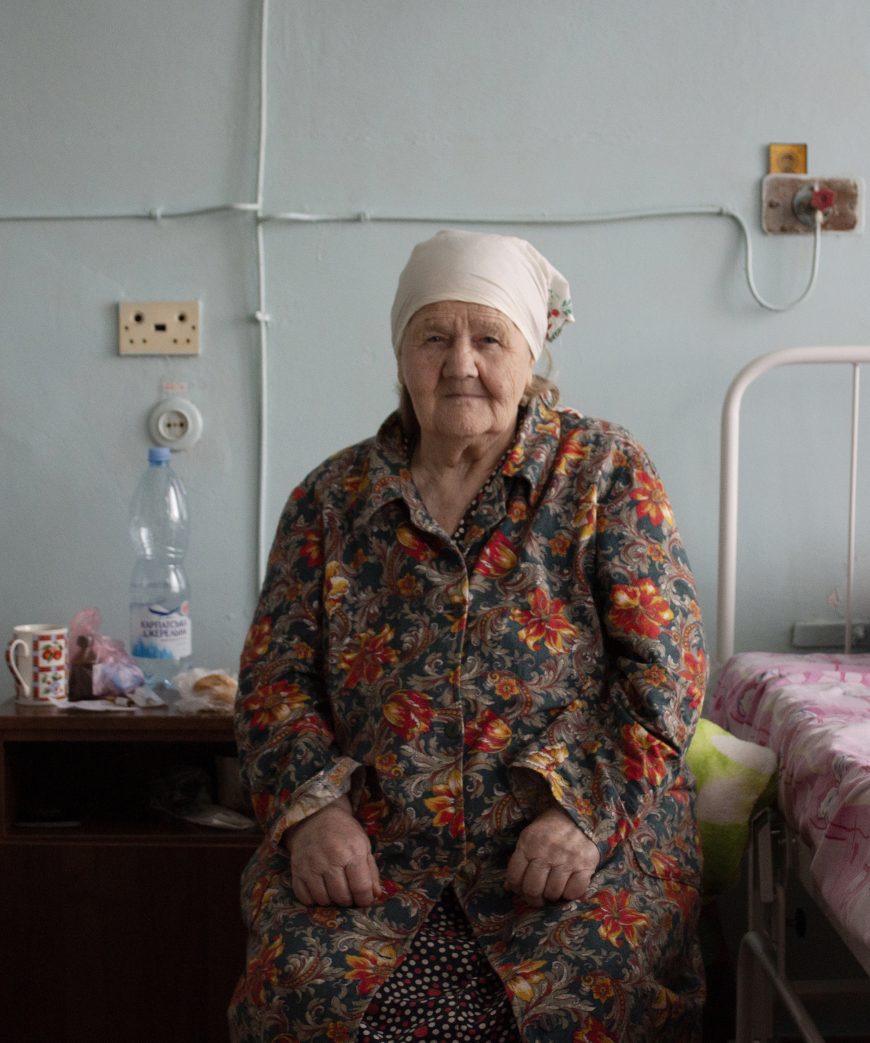 Nina has several chronic illnesses, and several accidents have meant that both her hands have fractures and she needs the help of a walker to move. Her son also has limited mobility, and serious health issues; he recently had to undergo surgery and needs expensive medical treatment, including medicine, intravenous infusions, etc. It is difficult for Nina to care for her son every day; she barely leaves the house and asks her neighbours to support her by buying food. With the cash assistance provided by ACTED, Nina was able to buy food, hygiene items, and a walker.

In 2018, ACTED provided cash assistance to cover the humanitarian needs of approximately 9,000 people in conflict-affected areas close to the contact line in Eastern Ukraine. This was possible thanks to support from the German Government (through their Federal Foreign Office), the Government of Canada (through Global Affairs Canada), and the European Union/EU (through its Civil Protection and Humanitarian Operations (ECHO). 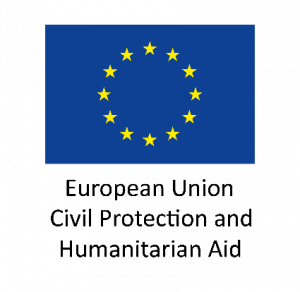 Improving accessibility for people with disabilities

Time is running out – how can we stop decaying industries from causing environmental disasters in Eastern Ukraine?

Mind the Gap! Conflict and industrial risks in Eastern Ukraine

The Future of Eastern Ukraine: from Humanitarian Needs to Development and Peace Perspectives

Voices from the field: working with ACTED Ukraine in the time of Covid-19

Ukraine’s ACCESS Consortium Committed to Reach 77,000 Civilians Affected by the Conflict in the East of Ukraine in 2021

Working in Conflict: The Critical Role Played by Enumerators