During the crisis in Myanmar, and as with all conflict, women and girls have been especially affected by the conflict and its consequences. This is particularly the case in terms of loss of livelihoods, lack of safety and protection measures, deterioration of physical and mental wellbeing, and lack of access to basic goods and services. In this context, many women can no longer afford to buy personal hygiene items or adequately nutritious food.

The humanitarian crisis in Myanmar is complex and multi-dimensional, characterized by ongoing armed conflict, inter-communal tensions, and widespread displacement.

An estimated 14.4 million people are estimated to be in need of humanitarian aid in Myanmar.

A year on from the conflict which began in February 2021, more than 400,000 people have been displaced. Thus further exacerbating pre-existing vulnerabilities and leading to heightened needs amongst a population already in the midst of an economic and public health crisis following the outbreak of COVID-19.

In response, ACTED, together a local partner organization, is implementing a project entitled “Emergency Response to Vulnerable Female Displaced Persons in Kayah State, Myanmar and Mae Hong Son, Thailand”. This project is funded by UNFPA and targets the most vulnerable women and girls (including pregnant and lactating women) affected by the conflict in three township areas (Loikaw, Demawso and Hpruso) with high concentrations of vulnerable internally displaces persons.

ACTED’s response to provide access to hygiene kits and nutrition

As part of this emergency project, ACTED supports women and girls with nutrition kits that include rice, cooking oil, iodine salt, sugar, wheat flour, and Bengal gram, as well as dignity kits that include locally made longyi, shampoo, hand soap, toothpaste, toothbrush, sanitary pad, towel, hand sanitizers, and underwear. ACTED has so far distributed 6,000 dignity kits (5,000 in Kayah and 1,000 in Mae Hong Saung) to women and girls. 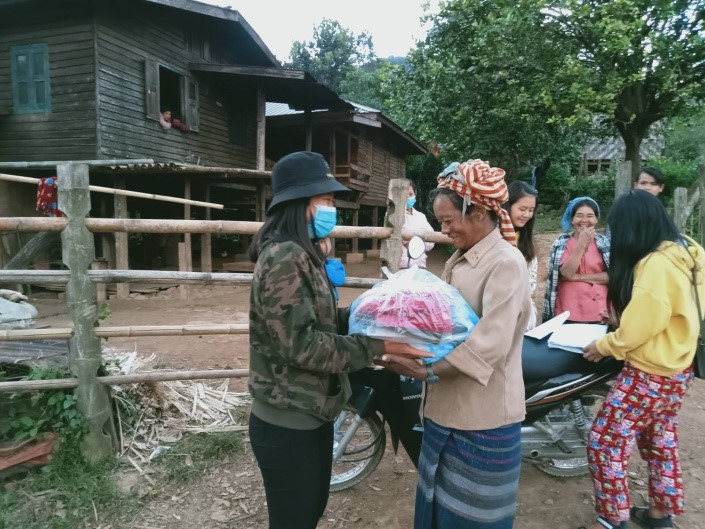 ACTED also provided 2,000 nutrition packages to vulnerable pregnant and lactating women, allowing these women and girls to live with the dignity and safety they deserve. 1000 additional dignity kits for vulnerable displaced women and girls will also be distributed in 2022. 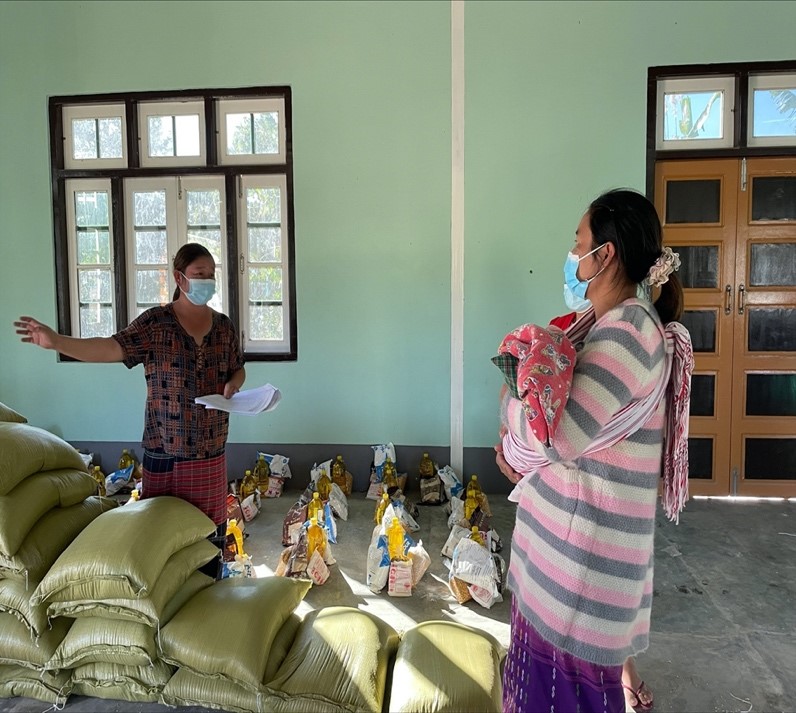 Distribution of Nutrition in kind package

Due to the armed conflict, most of the women have experienced extreme hardship, with many having lost family members, friends, homes, and entire lives, in addition to fleeing through dangerous areas and over long distances to reach the relative safety of camps. In order to support with the resulting deteriorating mental wellbeing, ACTED also provided mental health and psychosocial support (MPHSS) sessions to 58 women and girls. The sessions handled topics such as self-care management practices, deep breathing exercises, and group discussion therapy. The women participating in these sessions reported reduced stress and an improved mental state and outlook, as well as better coping mechanisms. Additionally, ACTED provided five survivors of gender-based violence (GBV) with needed services and covered costs for counselling, transportation fees, and medical needs. 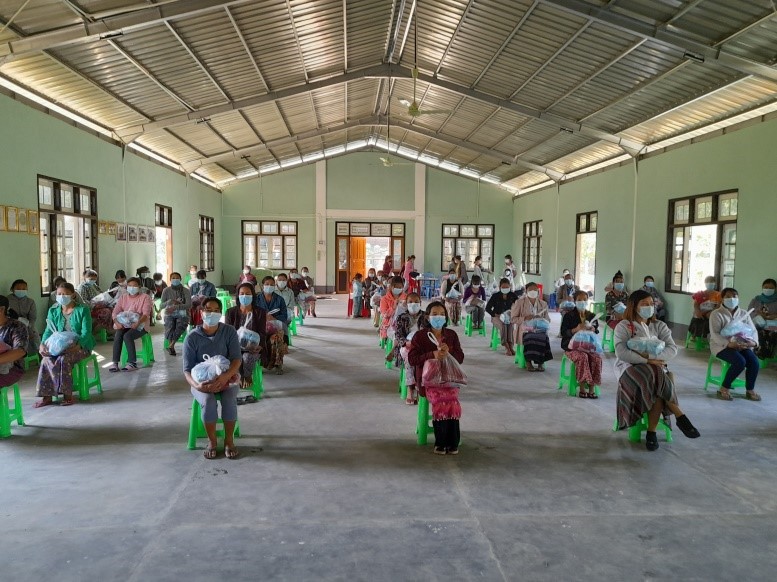 Awareness session on Gender and Gender based violence

To ensure the success of the project, ACTED and the local partner continuously coordinated with the camp committee leaders, local authorities, village leaders, and religious leaders. However, the activities were still associated with a high risk for project staff, particularly during transportation. This includes a lack of security on the roads, checkpoints, and increased conflict.

Despite the difficult situation, the project has been largely successful – with the majority of women having expressed high levels of satisfaction  for the distributions, sessions, and services they received.  Finally, many of the targeted women also expressed deep joy to the project teams at being remembered during a time when their struggles often feel overlooked, and their pain forgotten.