The LGBTQIA+ community [1] in Lebanon experiences systemic discrimination which worsened following the successive crises in 2019-2022. As more LGBTQIA+ people face barriers to their employment because of the stigma and bias against their sexual orientation and/or gender identity, ACTED allied with SIDC, a Lebanese organisation, to promote a more inclusive and safer workplace for all LGBTQIA+ members.

LGBTQIA+ people are targeted by direct and indirect discriminations while also facing violence on a daily basis. In Lebanon, today, the LGBTQIA+ community is living under difficult circumstances as the subsequent crises (covid-19, Beirut Port Explosion, socio-economic crisis) have worsened their exclusion from the Lebanese society.

Helem, a Lebanese LGBTQIA+ organisation, reported that because of discrimination in the workplace and the current situation of the country, the number of human rights violation cases have skyrocketed over the years, from 522 in 2019 to more than 4,000 in 2021. The organisation also warned against an increase in sexual and gender-based violence against the LGBTQIA+ community as more members have to resort to negative coping mechanisms to make ends-meet.

Acting for equal professional opportunities for all

In Lebanon, the LGBTQIA+ identities and sexual orientations are criminalised under Article 534 of the Criminal Code. In this Article, same-sex relations are prohibited, which is often used as a justification to target the entire LGBTQIA+ community as sexual orientation and gender identity are often confused. But this law has even greater implications as it leaves unpunished the discriminations and violence experienced by the LGBTQIA+ community, especially in the workplace.

In 2020, ACTED launched a two-year LGBTQIA+-focused project in partnership with was to make the workplace more inclusive and safer for LGBTQIA+ people so as to give them equal economic and career opportunities. The project involved a variety of actors: the LGBTQIA+ community, civil society organisations, businesses, media, and national authorities. The multiple levels of actions contributed to empowering the LGBTQIA+ community, raising awareness of the stigma against LGBTQIA+ people in Lebanon, and reducing barriers to full employment.

Changing the negative perceptions of LGBTQIA+ identities in the workplace

In a 2021 report, OXFAM warned that many in the LGBTQIA+ community in Lebanon were not able to make ends meet. The report showed that 70% of LGBTQIA+ people lost their jobs following the Beirut Blast in 2020, compared to 40% for non-LGBTQIA+ people at national level. This situation can be explained by many factors, among them  the negative perceptions and bias of employers against the LGBTQIA+ community.

During the project, several training sessions for employers and employees were held to help alleviate the stigma around LGBTQIA+ identities and eliminate discrimination in the workplace. A total of 36 employers and 263 employees participated in these workshops to learn more about how to make the workplace more inclusive and safer for LGBTQIA+ people. During these sessions, participants were provided with scorecards and toolkits, specifically designed for these activities, to assess and improve their work environment and their attitudes towards LGBTQIA+ co-workers. 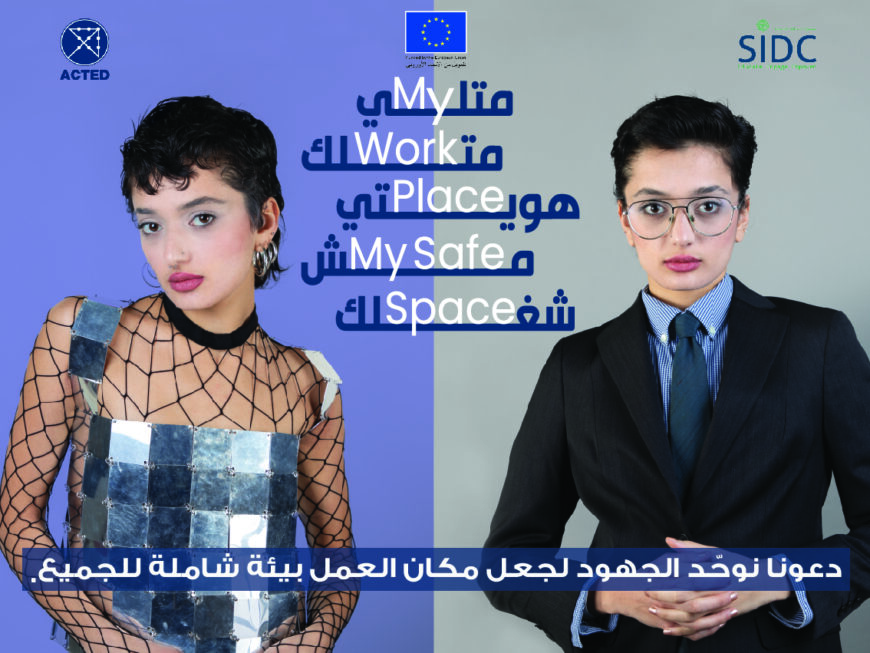 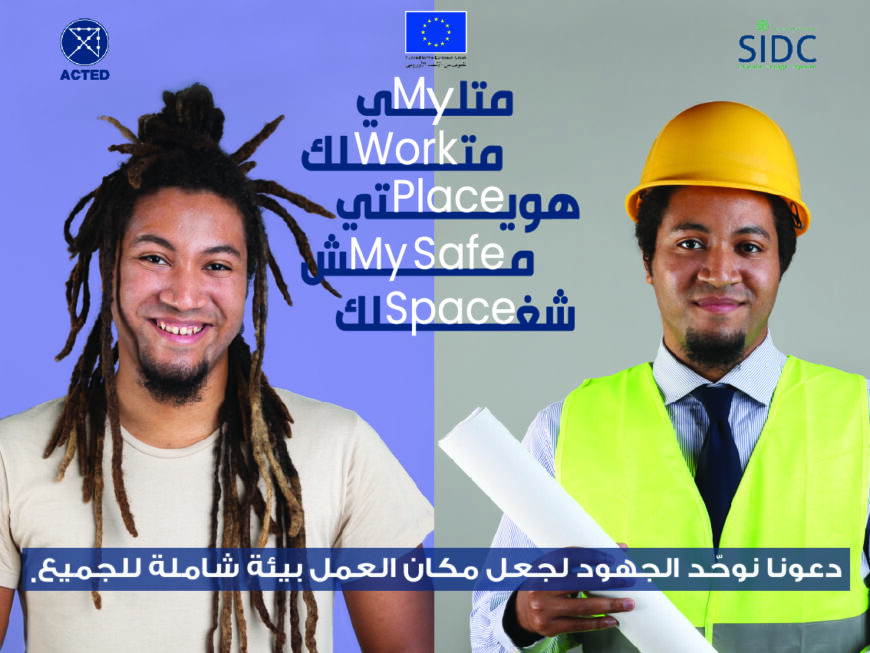 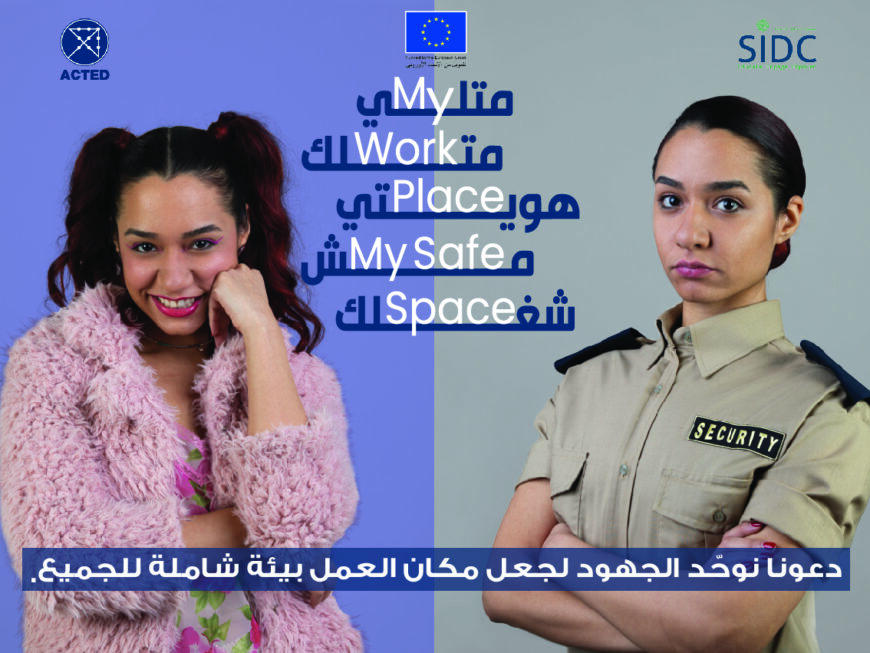 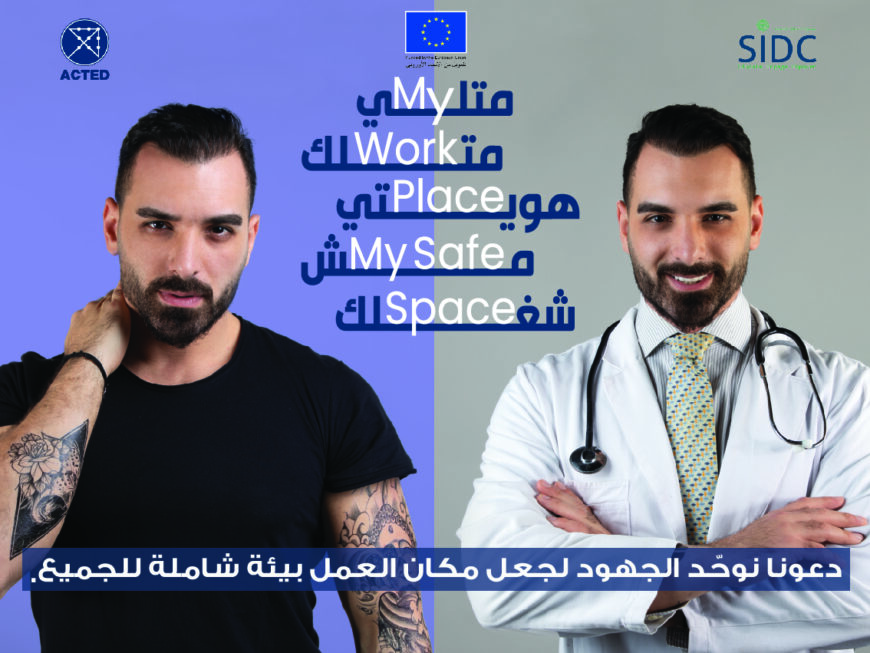 Empowering the LGBTQIA+ community in the workplace

The discrimination and violence faced by the LGBTQIA+ individuals are such that they often experience feelings of hopelessness and low esteem that impact on their mental health and career goals. Several workshops for LGBTQIA+ people only were held throughout the project with over 60 participants. One workshop focused on strengthening participants’ sense of self-worth in their . Another workshop aimed at preparing LGBTQIA+ candidates for their interviews. This contributed to improve the participants’ mental well-being and self-confidence.

However, workshops intended for LGBTQIA+ people are not enough to effectively eliminate discrimination and violence based on non-cisheteronormative identities. Shedding light on the injustices perpetrated against the LGBTQIA+ community and establishing a dialogue with the authorities is essential for concrete change to occur. A shadow report was produced by three lawyers during the project to reflect the difficult professional environment in which LGBTQIA+ people work in Lebanon. The report highlighted 118 cases of human rights violations which were perpetrated in and out of the workplace, mostly by co-workers. The people who came forward to speak to the lawyers received the necessary support (psychosocial, legal, economic or material) for themselves and some of their peers or relatives. The testimonies and the conclusions of the report were presented to the Lebanese authorities in February 2022, in order to facilitate the dialogue between the LGBTQIA+ community and the decision-makers.

READ THE REPORT ON PERCEPTIONS OF LGBTQIA+ PEOPLE IN THE WORKPLACE

As the rights and freedoms of LGBTQIA+ people are being curtailed and suppressed, it is important to push back against this backlash to ensure equality within and outside the professional setting. This will prevent an escalation of violence against LGBTQIA+ people while also contributing to reduce the growing poverty among them.

Focus - Transgender women in the workplace: ongoing and multi-layered discrimination

“Don’t Punish Me For Who I Am”: Systemic Discrimination Against Transgender Women in Lebanon (2019), Human Rights Watch

Transgender women [3] experience sexual and gender-based violence [4] which takes many forms: from unwanted comments on their physical appearance, false assumptions regarding their sexuality, verbal abuse, to physical and/or sexual assaults. These instances of discrimination, harassment and violence are the results of misogyny [5], homophobia and trans-phobia [6] which enforce unequal power dynamics to the disadvantage of transgender women. Many transgender women survivors cannot get reparations for the violence and discrimination they suffer because they are denied access to essential services.

LEARN MORE ABOUT TRANSGENDER WOMEN'S SITUATIONS IN THE WORKPLACE IN LEBANON

The story of Reem* is representative of the realities lived by many transgender women in Lebanon. Reem came from Syria to Lebanon to escape from her family and the persecution she endured from her relatives because of . When she came to Lebanon, she became a sex worker to provide for her basic needs. During this period, she was raped and consequently contracted HIV/AIDS. When she discovered that she had contracted HIV/AIDS, Reem went through a very bad psychological state (depression and suicidal thoughts).

Reem was assisted with psychosocial support, and she was provided with the necessary awareness and medical assistance. At that time, she was sharing a house with a co-worker who raped her. She was supported to get a new place to live urgently.

After the traumatic experience Reem underwent at her workplace it was even more pressing that she achieves financial independence.  SIDC, ACTED’s partner, provided her with financial assistance to buy cosmetic equipment and hairdressing equipment, and Reem managed to join a hairdressing and make-up salon. Reem also started to accept living with HIV, to accept herself and to gain confidence in her work and skills.

*The name of the person who accepted to tell her story was changed.

[1] The acronym LGBTQIA+ stands for Lesbians, Gays, Bisexuals, Transgenders, Queers, Intersex, Asexual, Agender. The sign + stands for other people within the LGBTQIA+ community who identify with other terms regarding their gender identities, sexual orientations, gender expressions and/or sex characteristics.

[2] The term cisheteronormative is a combination of both cisnormativity and heteronormativity. The UN defines cisnormativity as “[v]iewing cisgender people as superior; assuming all people are cisgender” and heteronomativity as “[v]iewing heterosexuality as superior; assuming all people are heterosexual”. Note that the term cisgender refers to “A person whose gender identity and the sex they were assigned at birth align”.

[3] The UN defines transgender women as “Transgender (sometimes shortened to “trans”) is an umbrella term used to describe a wide range of identities whose appearance and characteristics are perceived as gender atypical —including transsexual people, cross-dressers (sometimes referred to as “transvestites”), and people who identify as third gender. Transwomen identify as women but were classified as males when they were born”.

[4] The UN defines gender-based violence as “Any act of violence targeting an individual on the basis of their gender. It includes acts that inflict physical, sexual or psychological harm or suffering, the threats of such acts, coercion and arbitrary deprivation of liberty, whether occurring in public or private life. GBV encompasses violence against people based on their SOGIESC [Sexual Orientation, Gender Identity and Expression, Sex Characteristics] because diverse SOGIESC is often perceived as a transgression of gender norms.” Note that the term sexual and gender-based violence is used to highlight the sexual violence directed against people based on their gender identities and/sexual orientation.

[5] Misogyny refers to the hatred of women.

[6] The UN defines homophobia and transphobia as “Fear of gay or lesbian people, bisexual people, transgender people or intersex people, respectively, which may manifest in exclusionary behavior, stigma, harassment, discrimination and/or violence.”

Association of Science and Development in Tikrit: from Hardships to Exemplary Organization

Providing meaningful training and work opportunities for women in Lebanon