In Afghanistan, women’s community centres play a critical role in addressing gender-based violence and helping women reintegrate back into society in a position of increased agency. ACTED is collaborating with the Organization of Promoting Afghan Women's Capabilities (OPAWC) to provide livelihoods training to women in Kabul, aimed at reducing vulnerability and supporting women of all ages in gaining higher degrees of social and economic independence.

How have things improved for Afghan women?

Since the fall of the Taliban, Afghan civil society and government, as well as the international community, have pushed for greater respect for women’s rights and access to justice in Afghanistan. They use a range of legal reforms and direct investment in education and social support. Subsequently, by 2018, women made up almost one-fifth of the Afghan workforce and one-third of the seats in the Afghan parliament.

Despite these successes, according to The Asia Foundation’s annual research report ‘A Survey of the Afghan People 2018’, Afghan women face an uphill battle to change attitudes and establish their right to participate in the workforce, as public support for women working outside the home shows a concerning decline in this year’s study. The study also highlights how lack of education, illiteracy and unemployment remain the most commonly cited problems facing women.

ACTED’s vocational training project in Kabul aims to directly address these challenges. Attendees take part in livelihoods and life skills training as a means to both improve their economic agency within the household and build their personal confidence to play a bigger role in household decision making.

Beneficiaries of the project include women like Lima, a 22-year-old struggling to provide enough income for her family. As her father is too old to work, Lima was forced to leave school before graduating so she could support her family. She found a job in a beauty parlour and dreams of opening her own business. However, the beauty parlour where she works does not provide her enough chances to develop her professional skills, and the salary does not cover her household expenses. Even though Lima’s father supports her in pursuing her goals, she continuously feels a lot of pressure as her whole family relies solely on her income.

GBV in Afghanistan in focus

As part of this intervention, the Organization of Promoting the Capabilities of Afghan Women (OPAWC) identified 126 women between 18 and 69 years old affected by Gender Based Violence (GBV) to benefit from inclusion in this project.

Despite recent legal reforms meant to lead to the eradication of GBV, in practice, the enforcement of such laws faces severe challenges: According to the Asia Foundation:

‘In 2018, the Afghan a new penal code was adopted to increase enforcement of the Law on Elimination of Violence Against Women 2009 by criminalizing violence against women, but many MPs are resistant to criminalization, as it is understood to be in conflict with cultural traditions. Th­ere has been increased focus on enforcing EVAW, but recent reports have found little improvement, and instead of bringing criminal charges against perpetrators of violence against women, many in the justice system are referring plaintiffs to more traditional meditation practices, which often do not address the crime, or worse, further endanger the woman.’

When Lima’s friend told her about the beauty parlour courses organized by ACTED and OPAWC, she immediately enrolled. Together with 60 other female students, she is currently attending courses five days a week, studying hairdressing, nail care and cosmetics with special attention for bridal makeup, which is very popular in Kabul.

Beyond gaining cosmetology skills, all women attending the courses participate in business and marketing training as well as sessions on peacebuilding, life-skills and women’s rights. ACTED and OPAWC also established a nursery in the centre to ensure that mothers can also join the course while their children are being cared for.

As Lima prepares for graduation, she is optimistic about the future. Together with her colleagues, she will receive a starting grant and professional guidance to set up her own beauty parlour.

My hope is that together with my co-students, we will be able to start our business and become the best in the town. I feel like I am close to reaching my goal 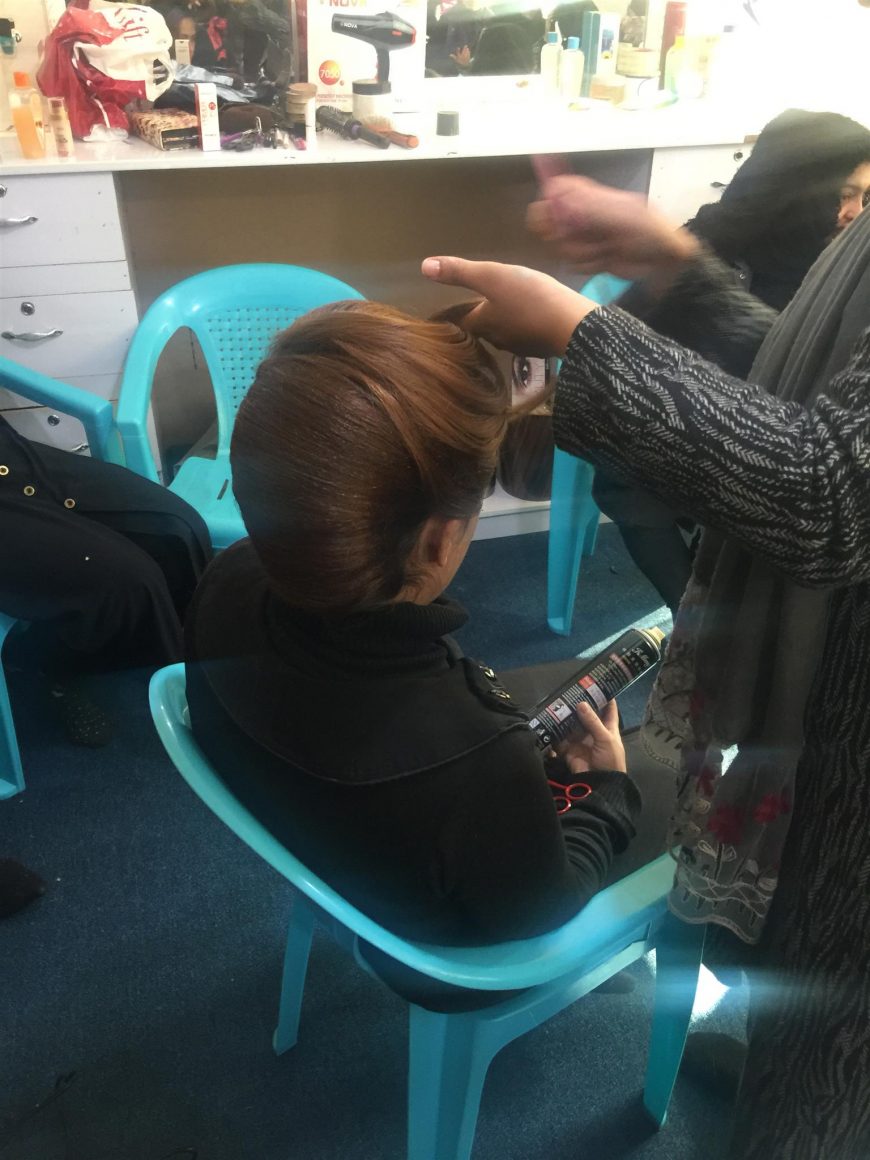 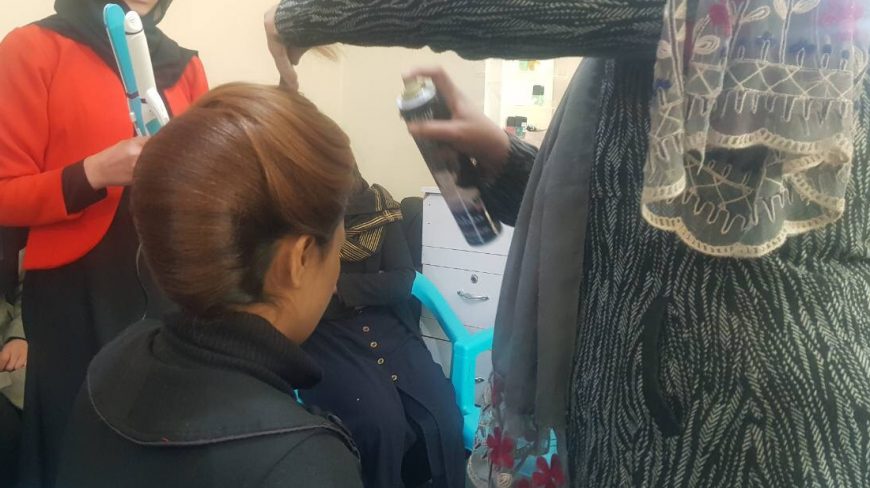